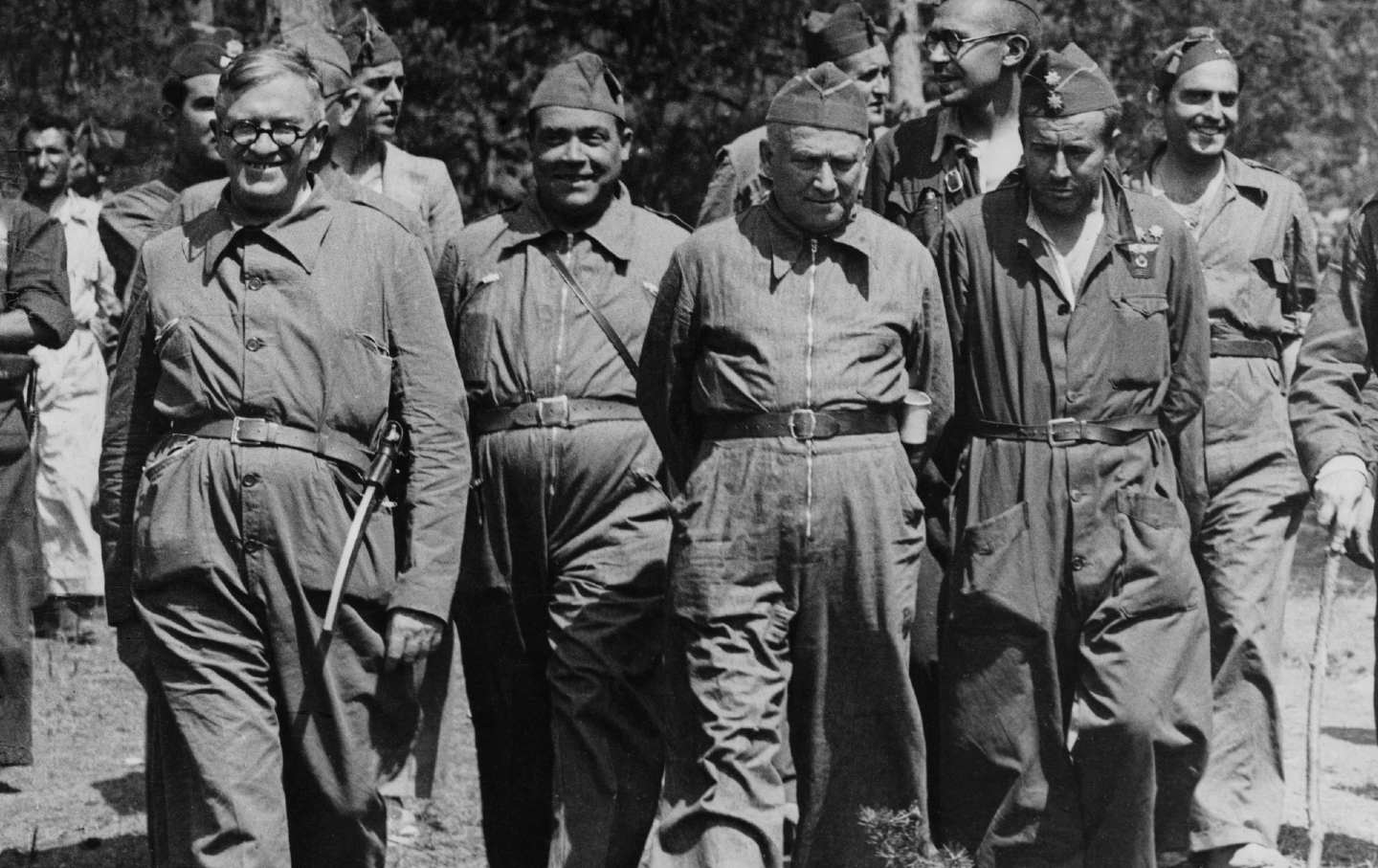 On November 30, the Spanish government announced that it would step in to save the tomb of a longtime Nation journalist, Julio Álvarez del Vayo, who worked as one of the magazine’s editors from the early 1940s to the mid-1950s.

Vayo, as he was generally known, was a socialist politician and diplomat who served as Spain’s foreign minister during the Spanish Civil War (1936–39). After Francisco Franco’s victory, he lived in exile in France, the United States—where he became a close friend of Nation editor Freda Kirchwey—and Switzerland, where he’d traveled during the war years as well, trying to rally support in the League of Nations for the beleaguered Spanish Republic. He was buried in Geneva. As the rent on his tomb was running out, his remains were set to be exhumed and moved to an ossuary.

The decision of Spain’s progressive coalition government to protect Vayo’s tomb from destruction comes at a time when the country’s anti-fascist legacy is once more under dispute. In September, Prime Minister Pedro Sánchez’s cabinet approved a “Law of Democratic Memory,” meant to meet the long-standing demands for justice and recognition of thousands of victims of the Franco dictatorship. The new law would provide material and symbolic reparations for victims of state violence and expropriation; annul judicial sentences from Franco’s sham courts that were designed to eliminate political dissidents; reform public history education; limit freedom of speech for antidemocratic ideologies; and remove or prohibit public tributes to the dictatorship.

The proposal has incensed the Spanish right, which accuses Spain’s progressive government of breaking the pact that enabled the country’s transition to democracy. Following the example of their European and US counterparts, Spain’s right-wing leaders hope to spin electoral wool by demonizing anti-fascism, which in Spain means questioning the legitimacy of the historical struggle against the dictatorship. One deputy from the conservative Partido Popular (PP) recently wrote that it’s a “fallacy to identify anti-Francoism with democracy.” In October, the city government of Madrid—ruled by the right with the support of the far-right party Vox—proceeded to remove a memorial plaque to Francisco Largo Caballero, a longtime socialist union leader and Republican prime minister during the civil war, who was later arrested by the Gestapo, interrogated by Klaus Barbie, and deported to a Nazi concentration camp. (He survived the war but died soon after.)

More on the Spanish Civil War

Spaniards Confront the Legacy of Civil War and Dictatorship

The Untold Story of the Texaco Oil Tycoon Who Loved Fascism

A Secret Archive: On the Mexican Suitcase

In a perverse bit of irony, the city government defended the removal by invoking Spain’s current memory law, which was adopted in 2007 and prohibits extolling individuals who participated in the failed military coup that unleashed the civil war or in the Francoist repression. The city’s defense revived old Francoist myths, claiming that it was the radicalism of leftist leaders like Largo Caballero that stoked much of the political violence in the first place. Right-wing myth-making has since only grown. The Spanish right now paints all those who participated in armed struggle against the dictator, including the guerrilla units that fought both Nazism and Francoism from southern France, as “terrorists.” Among them was Julio Álvarez del Vayo, who in 1963 galvanized remaining guerrilla units into the Spanish Front for National Liberation. In fact, it was the association of former guerrilla fighters in France that first sounded the alarm about Vayo’s impending exhumation. In the Spanish government, it was Pablo Iglesias, the leader of junior coalition partner Podemos and Sánchez’s second in command, who took the lead in saving the former minister’s tomb.

Vayo started writing for The Nation in 1939. As a member of the board of editors under Freda Kirchwey’s editorship from 1941 until 1955, he shaped much of the magazine’s editorial line on US foreign policy during World War II and the early Cold War. Identified with the left wing of the Spanish Socialist Party, he was sympathetic to the Soviet Union and reviled by the anti-Stalinist and liberal left, from Dwight Macdonald to Arthur Schlesinger, and, eventually, by his own party, which expelled him in 1946 along with some three dozen other left-wingers, including former prime minister Juan Negrín—who also wrote for The Nation. (They were posthumously reinstated in 2009.)

Vayo’s ubiquitous presence at The Nation, where he had Kirchwey’s unconditional support, fueled complaints about undue Communist influence and rumors that Vayo was a Stalinist agent. When, in 1951, The New Leader printed a letter from former Nation art critic Clement Greenberg that claimed Vayo had turned the magazine into a Soviet mouthpiece, Kirchwey sued Greenberg for libel. According to Kirchwey biographer Sara Alpern, the editor “wanted to protect Del Vayo, who, as a political émigré, faced possible deportation if the authorities believed the serious charges directed against him.” The controversy led contributing editor Robert Bendiner and staff contributor Reinhold Niebuhr to resign from the masthead. According to historian David Jorge, Vayo was never more than a fellow traveler. The rumors against him, Jorge told us, were first circulated by his former party colleagues and later picked up by the Congress for Cultural Freedom, which, alongside The New Leader, Encounter, and other magazines, was secretly funded by the CIA. In early 1952, Vayo and his wife, returning to the United States after a trip to Europe, were arrested under the McCarran Act and detained for several days.

In his decade and a half at the magazine, Vayo wrote more than 400 articles. Among his most personal pieces is a hair-raising 4,000-word dispatch he filed in August 1949 describing a clandestine trip to Franco’s Spain. Triumphantly titled “I Got into Spain,” Vayo’s article narrates how he disguised himself as a tourist to enter Spain before being detained by the Spanish police, who let him go after being fooled by his fake American accent and the American-made items he had on him. By the time Vayo was informally deported back across the border to France, he had managed to report on the lives of everyday people under the Franco regime. He paints a bleak picture. “People who go to France return to Spain talking about how much there is to eat in France,” he explained. “To stop these reports travelers who say too much are often arrested. French bread is a luxury article to be smuggled over the border.” Yet the trip left Vayo hopeful. He reported that the anti-Franco resistance had been encouraged by the US refusal, the month before, to grant Franco a $50 million loan. “I can assure Americans today,” he wrote, “that the Spanish people are as worthy of American sympathy and support in their present magnificent struggle against the last heir of Hitler as they were during the active period of the civil war.” Vayo included the story in his memoir, The Last Optimist, which came out the following year.

Vayo would never see his anti-Francoist wishes fulfilled. His editorship at The Nation ended shortly after Kirchwey’s retirement in 1955. By the end of that year, Franco’s Spain was admitted to the United Nations. Vayo, who lived out his exile in Switzerland, died in May 1975, age 84, six months before Franco’s death that November.