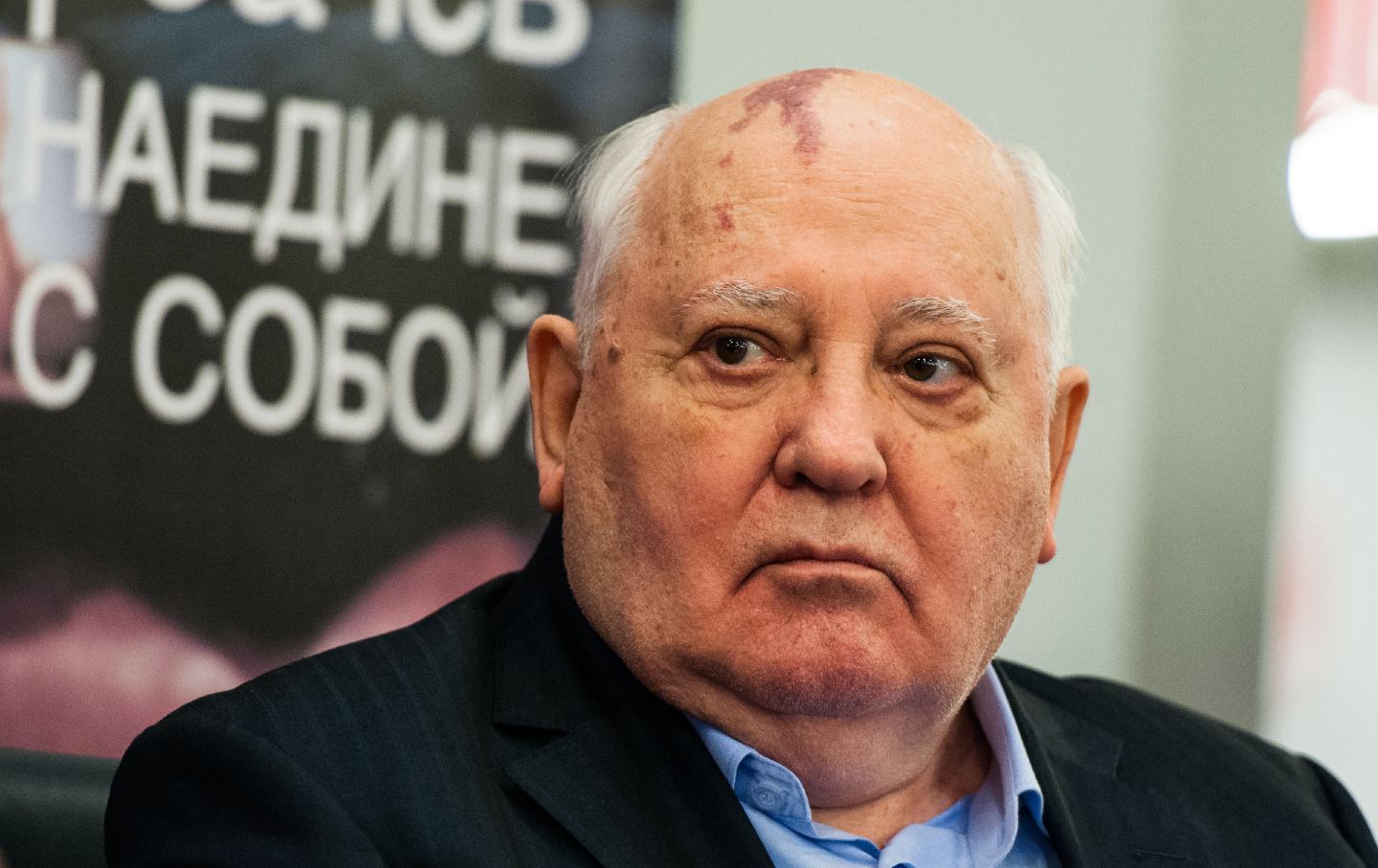 The first president of the USSR, Mikhail Gorbachev, presents his book With Myself in the House of Books, November, 2012, in Moscow, Russia. (Evgeny Eremeev / Shutterstock)

“What we urgently need now,” former Soviet president Mikhail Gorbachev wrote last year, just a month after the Covid-19 pandemic ground life to a halt across the world, “is a rethinking of the entire concept of security.” Rather than measure security purely in military terms, as we usually do, “the overriding goal must be human security: providing food, water and a clean environment and caring for people’s health.”

Gorbachev, who celebrates his 90th birthday on March 2, was perhaps the most radical thinker about security to ever lead a major world power—and certainly the most radical to ever lead a nuclear country. As Soviet president, he reversed generations of perilous military buildup and democratized the Soviet Union to help put an end to the Cold War—a struggle that won him the Nobel Peace Prize. Since the end of his tenure, Gorbachev has continued to argue for new thinking about security, and recent events have vindicated his prescience. In the face of mounting global crises, today’s leaders should heed three lessons Gorbachev has promoted for decades.

First, militarization does not make us safer. As Soviet leader, Gorbachev saw firsthand how it instead often escalates the threat of violence by driving other countries to build up their militaries as well. These expensive investments divert resources from investments in basic needs such as health care and education that truly can deepen human security.