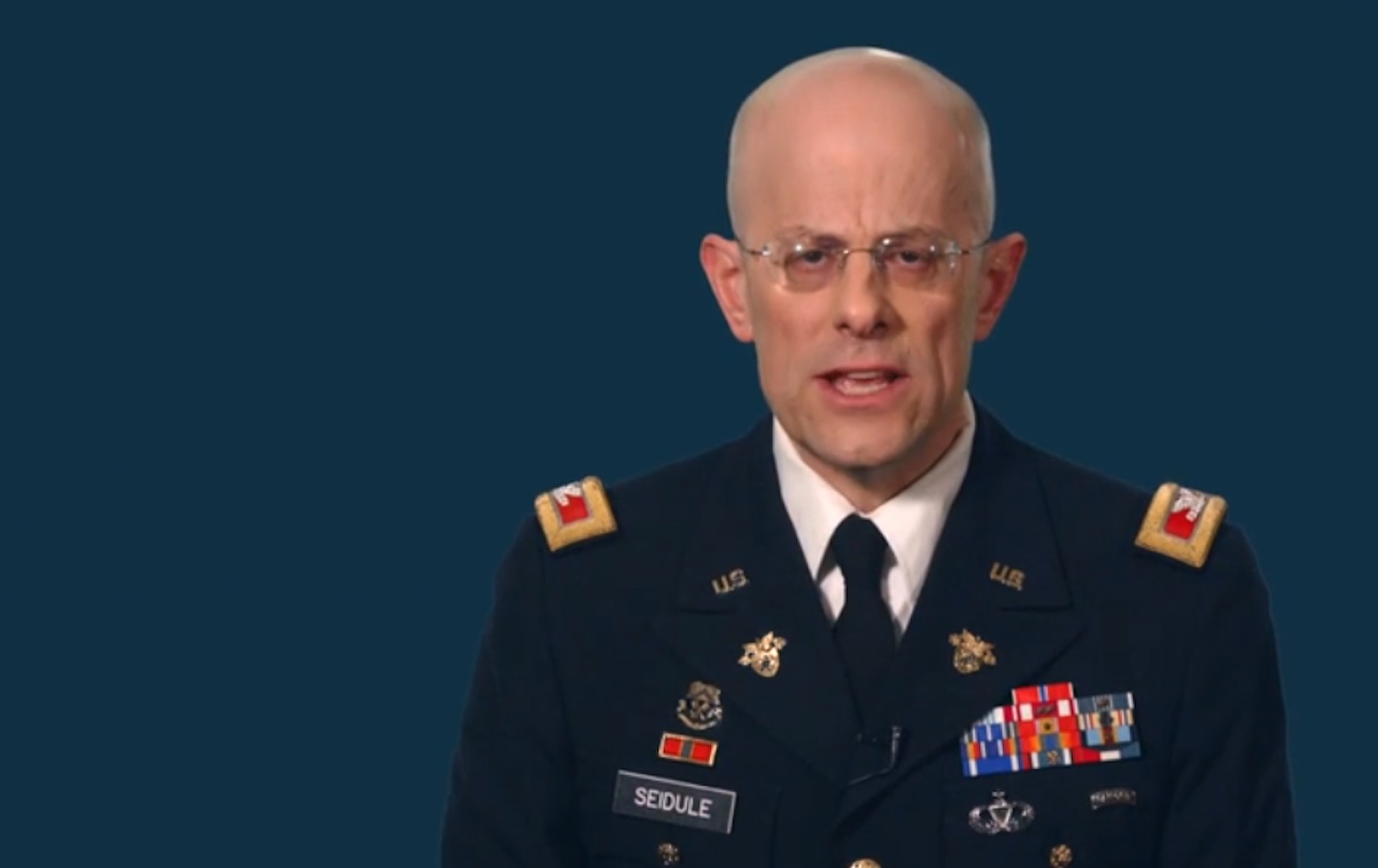 In a five-minute video that has been making the rounds over last few days, the head of the history department at West Point insists, in no uncertain terms and with flashy, whooshing graphics, that the Civil War was not fought because of states’ rights or economic differences between the North and the South, but because of “slavery and only slavery.”

That, on the one hand, is my gut impression. But on further consideration, it’s painfully and almost insultingly obvious that New Jersey-raised staffers for leftist publications are not the video’s target audience.

The premise and purpose of Col. Ty Seidule’s video is that a few ignorant dolts out in the land continue to insist that the war was not, in fact, about slavery, and that they are precisely the kinds of people who might be swayed to change their minds on the matter by the invocation of the prestige of the modern American military. When faced with the painful cognitive dissonance of being told an inconvenient truth by a person in uniform, the thinking apparently went, the hardliners, or enough of them to get it circulating on White Twitter, might finally concede the point.

The video, of course, has gone viral.

Setting aside for a rainy day the creepiness of an American military man instructing ordinary Americans about the finer points of history—whatever the truth and belatedness of the actual lesson being taught—I couldn’t help but wince at something Seidule says near the end of the video, after he has already reiterated and thoroughly demolished the usual counter-arguments.

“It’s to America’s everlasting credit that it fought the most devastating war in its history in order to abolish slavery,” he intones. “As a soldier, I am proud that the US army—my army—defeated the Confederates. In its finest hour, soldiers wearing this blue uniform—almost 200,000 of them former slaves themselves—destroyed chattel slavery, freed more than four million men, women and children from human bondage, and saved the United States of America.”

This is a familiar notion, and it is related, as Nation editorial board member Eric Foner says in an interview in the latest issue of Jacobin, to the entombment of Martin Luther King Jr. in the American Pantheon, the saccharine reduction of his vigorous radicalism to that single line about hoping his children would someday be judged by the content of their character. This way of thinking takes the often ugly and violent struggles of American history and makes them into a simplistic story about a more perfect Union and the realization, all in good time, of the ideals of the Founders.

Seidule’s video is a propaganda effort for the forces of the good, of historical accuracy, and so one hesitates to complain about his drawing on American-pie patriotism to win over his audience.

And indeed, perhaps this criticism is premature, and Seidule is preparing a series of videos outlining painful historical truths about other episodes in American history, balancing out the triumphalism of this one with a more sober honesty in the sequels. Imagine the possibilities: “Just twenty years before they fought to end slavery, the United States army—my army—fought, wearing this blue uniform, to extend the southern and western boundaries of the country, gobbling up much of Mexico, so that slavery could more easefully expand!” Or: “Little more than a decade after the Civil War, the US army was back in the field—wearing this blue uniform—exterminating most of the remaining Native Americans!” Or: “In 1898, under entirely contrived pretenses, the US military, Northerners and Southerners alike, sailed to Cuba to replace the Spanish empire in the Americas with our own, and our boys, wearing this blue uniform, planted the American flag in Havana, San Juan and Manila, all while torturing non-combatants and burning whole villages to the ground!”

Let’s not even talk about the twentieth century, or the already-busy twenty-first.

The United States army only became a liberating force when the moderately antislavery Abraham Lincoln was elected to the presidency in November 1860. Armies, see, they do what they’re told. It’s great that a West Point professor, wearing this blue uniform, would invoke our worship of the military to convince stubbornly ignorant Americans that the Civil War was about slavery; it would be even better if we didn’t need to appeal to such retrograde notions at all. Is that too much to ask? What are the implications if it is?

Exactly 150 years ago this week, The Nation published an editorial titled, “Slavery and the Slaveocracy.” The Slave Power, the editors wrote just four months after the end of the Civil War, “is not dead or even dangerously ill.” Rather, it was “almost as vigorous as it was before the war.” Perhaps even more so: “Its spirit is fiercer and more bitter than it was before the war.”

So, too, to some extent, today. Perhaps, to a military man, it makes some tactical sense to divide that spirit against itself, to appeal to American militarism against American racism and denialism. But if the target audience of Seidule’s video understands anything, it’s how to lose a battle and win the wider war.

What We Still Haven’t Learned From the Trump Era