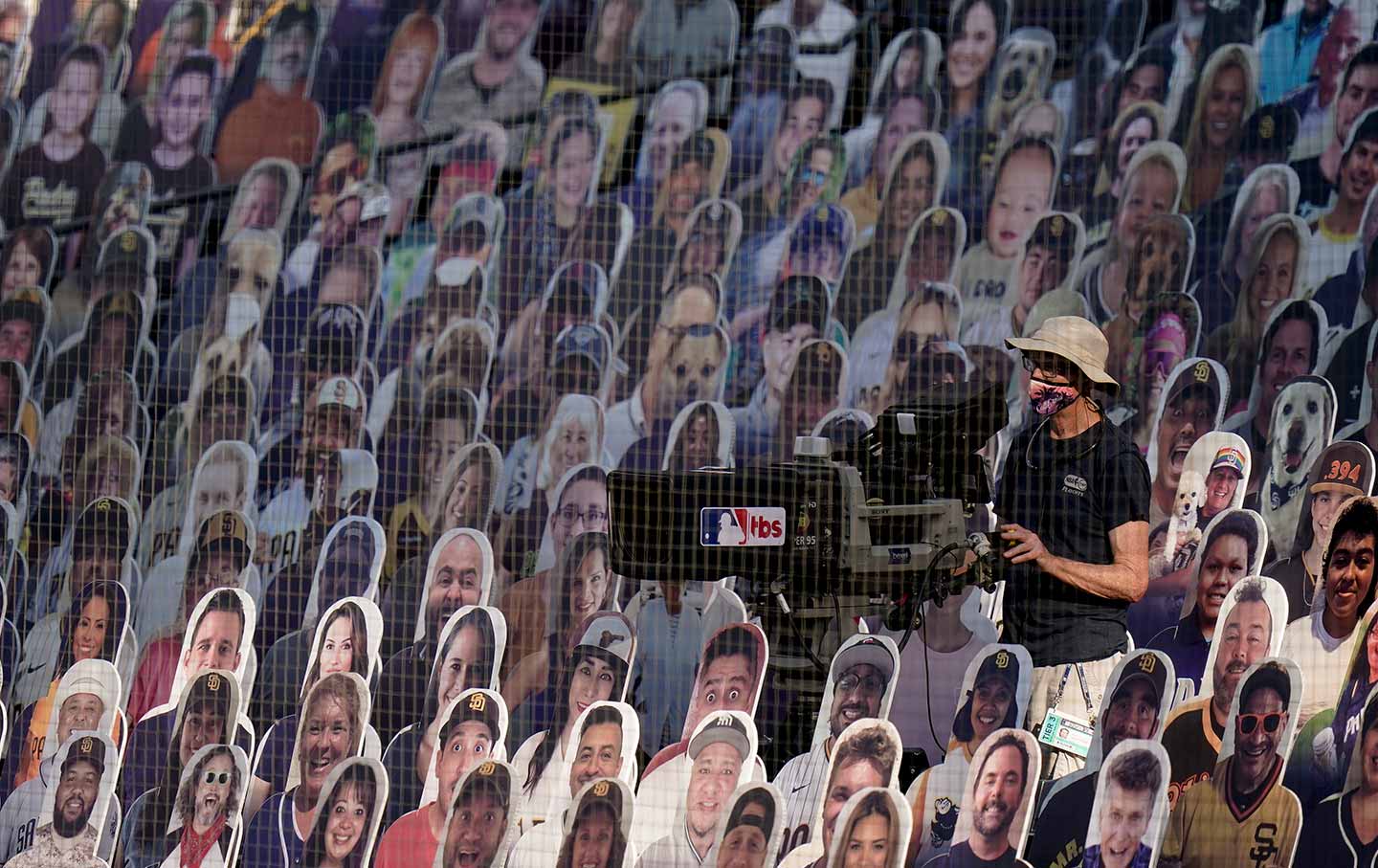 This week we speak to Jane McManus, New York Daily News sports columnist and director of the Center for Sports Communication at Marist College. We talk about a new survey from Marist College on recent sports viewership. We dive into theories on why there has been a drop in sports viewers since the pandemic as well as the broader American sports world’s response to the virus and why it’s been found to be lacking.

We also have Choice Words about the NBA’s Bubble, the effectiveness of it, as well as its impact on protest. In addition, we have Just Stand Up and Just Sit Down awards to the legendary John Carlos and Tommie Smith on the anniversary of their iconic protest at the 1968 Olympic games in Mexico, and the Tennessee Titans for their irresponsible behavior in the wake of large scale coronavirus diagnoses on the team. All this and more on this week’s show!

Want more from Dave? Check out the first-ever Nation Festival featuring Dave Zirin alongside an extraordinary group of speakers. Nov. 18-21.

Jane McManus
Twitter: @JaneSports
For sports to return, we first need to have a healthy society, NY Daily News