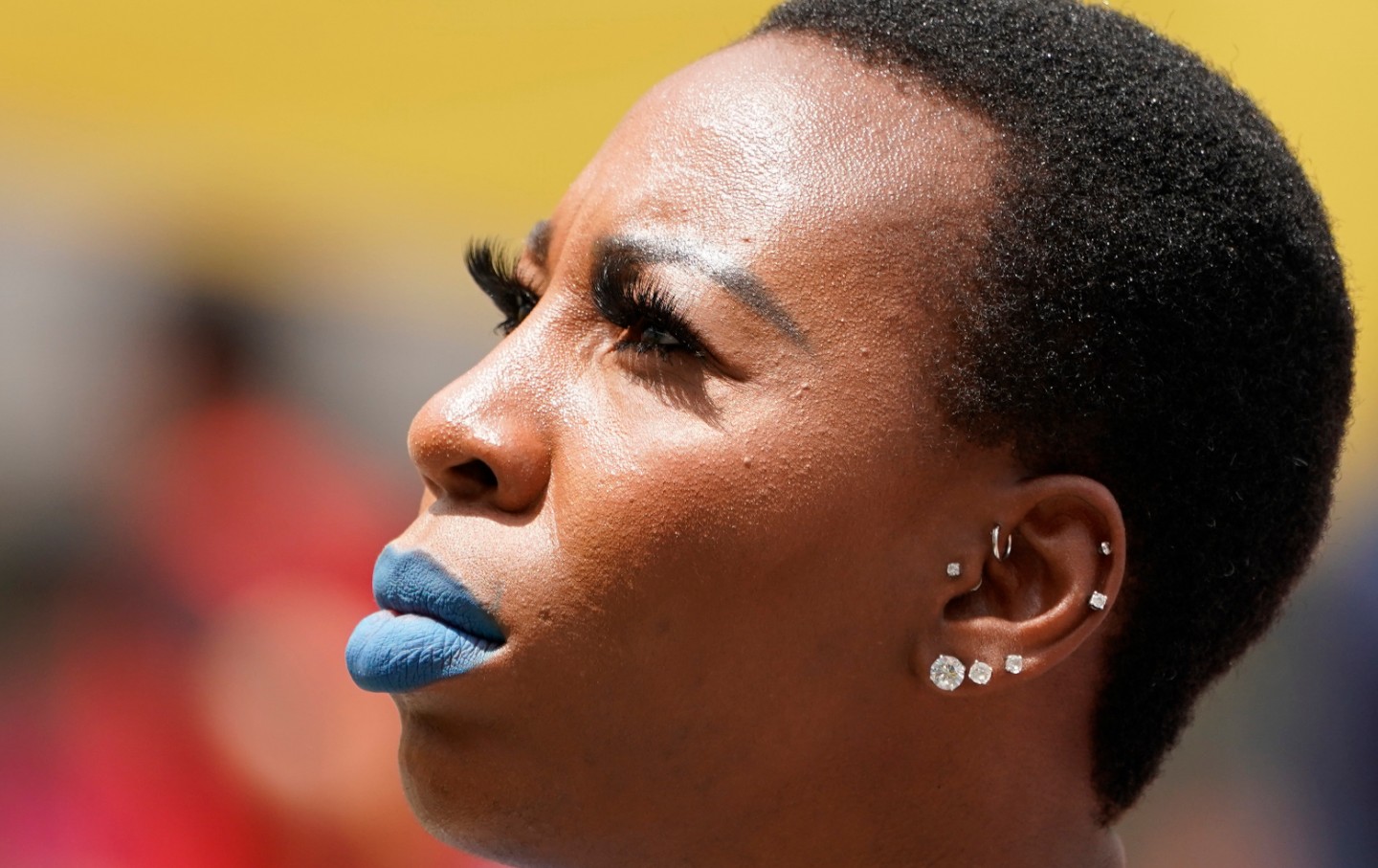 Gwen Berry during the Seiko Golden Grand Prix in May, 2019 in Osaka, Japan. (Toru Hanai / Getty)

The US Olympic and Paralympic Committee had something to say about the importance of fighting racism amid this national uprising against racist police violence, but Gwen Berry was absolutely not having it. Berry, a 2016 Olympian in the hammer throw, raised a clenched fist on the medal stand to protest racial injustice after earning the gold medal at the 2018 Pan Am Games. This was when sports protests had actually hit a lull and the gesture stood out, just as Berry wanted.

In response, the USOPC gave her a reprimand and put her on “probation” for 12 months, with a warning that there would be more punishment if there were any more protests to come. Now Gwen Berry wants the USOPC to put its newfound racial consciousness into practice and say “I’m sorry.” She tweeted the USOPC statement and on top of it wrote, “I want an apology letter .. mailed .. just like you and the IOC MAILED ME WHEN YOU PUT ME ON PROBATION.. stop playing with me.”

I reached out to Gwen Berry for her thoughts about the Olympic statement and her call for an apology. She said:

“I felt like the [USOPC] comments were about hypocritical as they could be. It’s really a smack in the face, because I’ve lost so much because of how they did not support me; of how they made it seem that I basically did something that was bad, even though it was peaceful. I didn’t cause any altercations. There was nothing that I did wrong. All I did was speak out about who I stand with, what I stand for, and how I felt. Therefore my family has lost so much because of the reprimands that I got, and yet here they are, basically, saying the very thing that was the total opposite of what they did to me! It’s just hypocrisy.… But I feel like that is America. America says a thousand things, but they do the opposite. That’s the country we live in and that’s why so many people are upset right now.”

I asked Berry if she felt like the current national wave of demonstrations prove in practice that she was correct to take the stance that she did. “I definitely think the demonstrations vindicate me,” she said.

“I feel like for once in my life, I’m finally being understood, as far as my feelings pertaining to the injustice that’s going on in the world. I know I spoke out last year, around August, and let’s be honest, I got more hate than love. Like I said, I lost a lot, and therefore my family lost a lot. At that time, I felt misunderstood. I felt that people were scared to come out and stand with me because athletes lose so much, and they have families to feed. So right now, I definitely feel vindicated. It helped me to go out there and support my people, and march with my people, and protest. I’m pretty ecstatic right now.… I just hope that everyone keeps momentum going. We have to come up with ideas, we have to strategize, we have to plan, and we have to keep the momentum going.”

If that apology comes, and it absolutely should, then Gwen Berry will have accomplished something that breaks legitimately new ground. So many people in sports are falling over themselves to praise the demonstrations, say that black lives do in fact matter. Yet what they aren’t doing is accounting for their past. The NFL isn’t coming close to admitting that it was wrong to collude against Colin Kaepernick and deny him work, while crafting PR statements that manage to take a great deal of space in order to say nothing. The USOPC is issuing empty statements of solidarity when what it needs to do is come clean, admit that it has been wrong to penalize athletes for using the platform they earned to oppose racism. And they need to write Gwen Berry a damn apology.