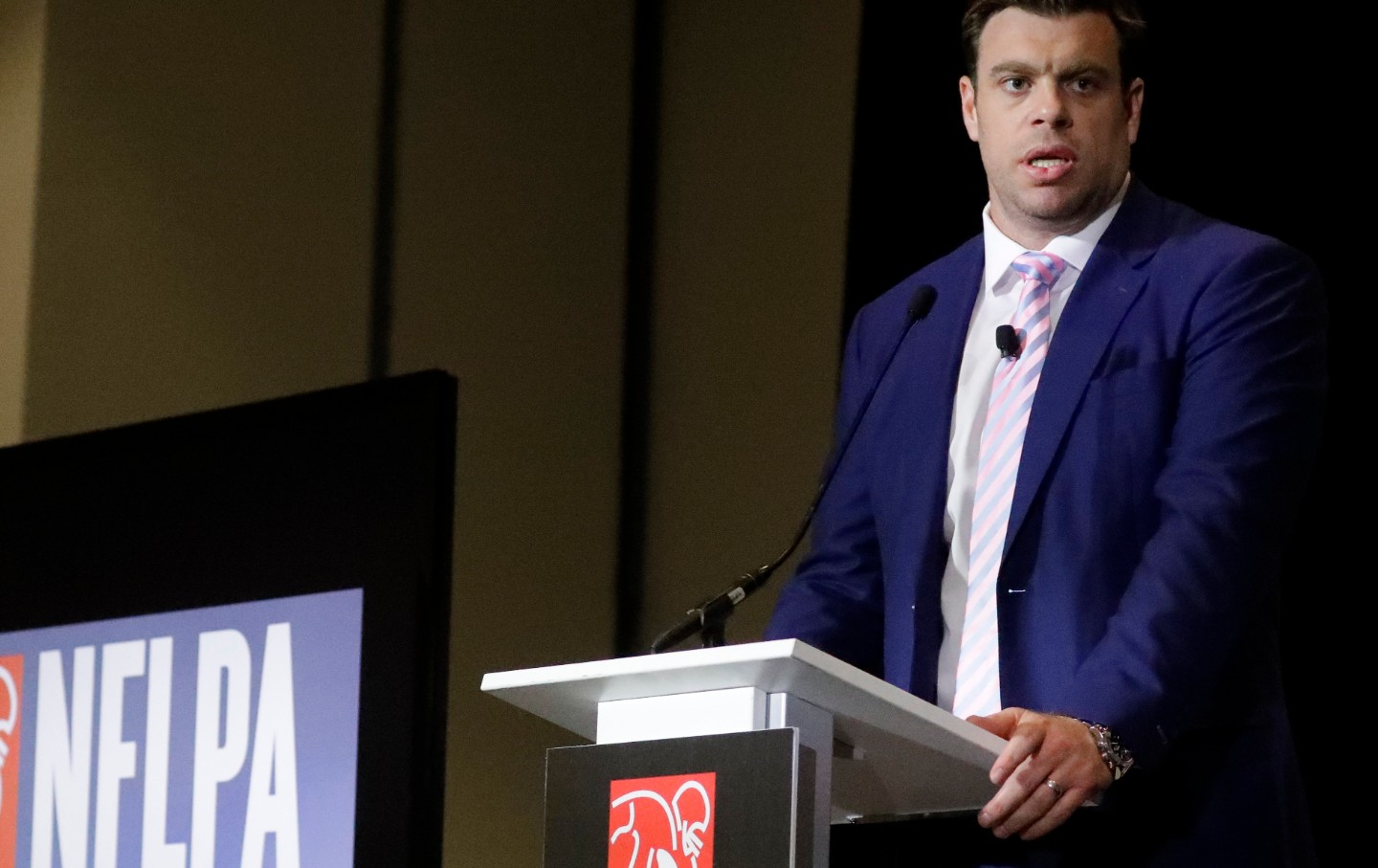 Although the threat of a possible National Football League strike or lockout seemed to loom for much of the winter, a new collective-bargaining agreement between the league and its players now looks likely to be ratified. The deal handed down from the owner’s box has already been agreed upon by the executive council of the union and sent to the union membership for an up-or-down vote.

The most controversial part of the CBA is a change from a 16- to 17-game season. This was the hill upon which the ownership class was willing to die. A 17th game will be incredibly lucrative to all parties, but runs the risk of adding more injuries and more concussions in a sport infamously ridden with physical trauma. It also looks more than a little hypocritical for a league that has devoted so much PR to the idea of player safety.

The proposed CBA reportedly also includes “more roster spots; a shortened preseason; a higher percentage of revenues for players; and upgraded pensions for former players.” The current contract doesn’t expire until March 2021, but getting it done a year early ensures that the league can negotiate new multibillion-dollar television deals without fear of a lockout or a strike getting in the way. This CBA, however, is not happening without a great deal of internal dissent. When the 32 player reps had to decide whether to send the contract forward for membership ratification, the vote was 17-14-1.

Now the more than 2,000 union members will take the next several weeks to vote up or down. While it is widely thought that the union’s executive committee would never have sent the deal to their membership if they didn’t think it would be overwhelmingly approved, some very public dissent has taken place. High profile players like Russell Wilson, JJ Watt, Richard Sherman, and Aaron Rodgers have voiced concern about the deal. Issues range from Rodgers’s plea for players to have more off-season time to themselves, to wide receiver Allen Robinson’s wanting to get rid of “the franchise tag,” where a team gets to re-sign you for a season at a pre-averaged salary whether you want to be there or not. The franchise tag affects the best players at their respective positions, and it isn’t going anywhere. One dissenting rep said to ESPN’s Josina Anderson that he believed “a lot of stuff is being rushed to get finished. To me I think the whole thing feels rushed, real quick. You know, that’s a negotiation strategy on the owners’ (part). Apparently, it’s worked.”

Maurkice Pouncey, Pro Bowl offensive lineman with the Pittsburgh Steelers, unleashed a profanity-laced tirade against the contract on his Instagram, saying that the best players weren’t being protected or allowed to earn the maximum amount for their abilities. He then made a plea on behalf of the most vulnerable players, who make far less than he does and aren’t guaranteed their next paycheck, let alone an entire season. He wrote:

And if any player on any one of our teams, if you all are hurting for rent money or anything while we go through this lockout, call us. Man, we got way more money than what they had back in the days. We ain’t got to worry about that. All the vets on each team, stand the [expletive] up. Stand up. Show these guys that we care about them. Man, I care about all you young players and I love you guys to death. I ain’t gonna let y’all down. Trust and believe.

Pouncey may be offering rent money in exchange for votes, but it is very telling that it is high-profile players urging a rejection of this deal. One reason for that is surely that they have job security and can be outspoken in a way that more precarious players cannot. Another, however, is that there is a class structure inside the NFL locker room between millionaire players and the ones who play less than three and a half years and are never promised another paycheck. The provision in the deal that provides for extra roster spots means more security for that part of their workforce.

Missing paychecks to go on strike is also something that this group of players can’t afford. If players reject the new CBA, it won’t happen because the less-secure feel like they can count on a handout from Maurkice Pouncey. It will happen because enough players believe that striking or withstanding a lockout is the only way to break the stranglehold of the NFL’s franchise owner billionaire class. This is looking increasingly unlikely. A 17th game is coming, whether you—or the players—like it or not.