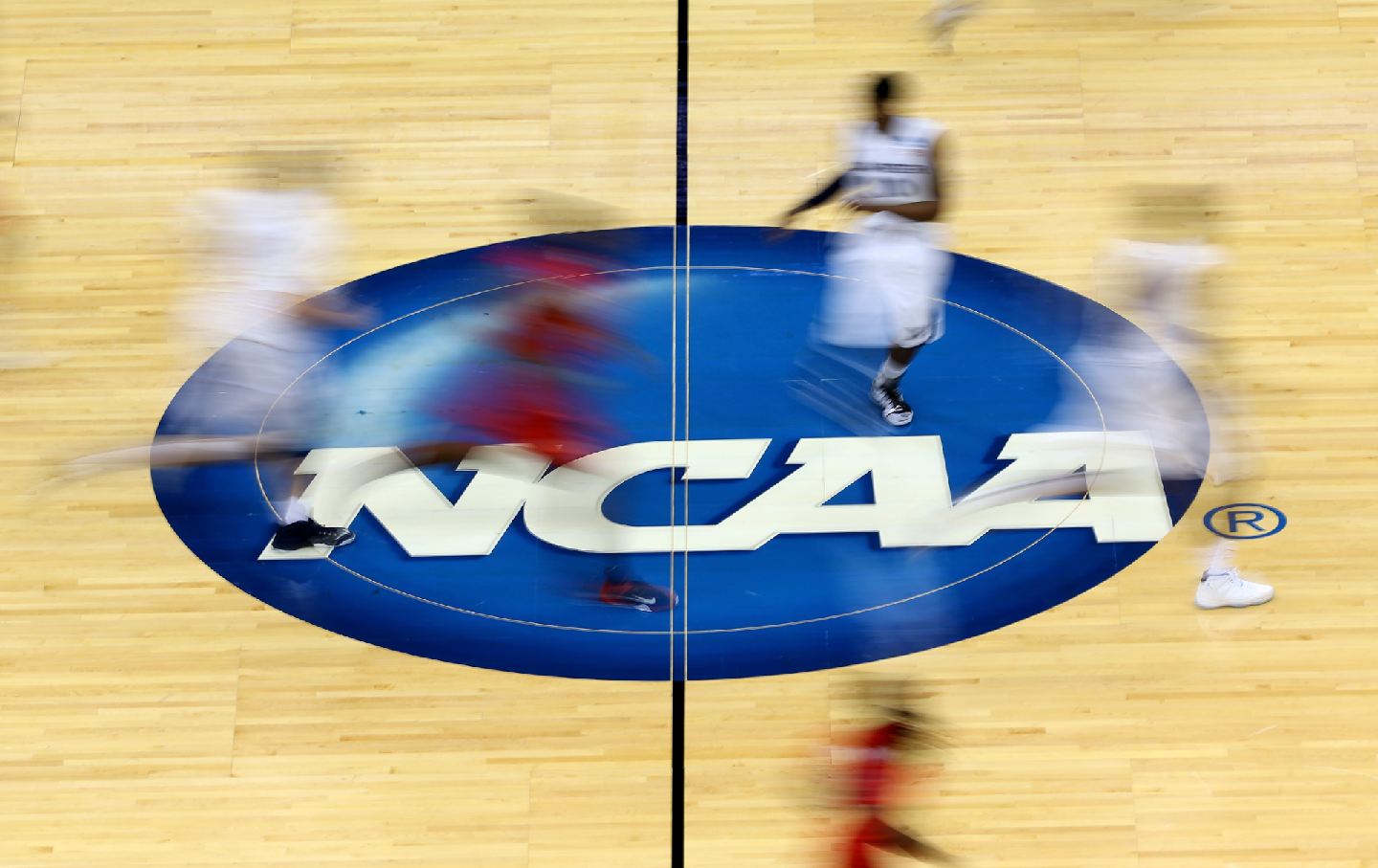 The top college athletes in the revenue-producing sports knew which way the wind was blowing as soon as word of a deadly pandemic hit the airwaves. They knew that even if there were no vaccine, even if the rest of the campus were shut down, even if they had to be sent to a hermetically sealed bubble, they’d have to play. If they were to catch the virus, then “next man up,” and the train would keep rolling on. That’s the reality of the modern neoliberal campus; that’s the reality of NCAA; and no one knows that better than the college athletes themselves.

But these are not ordinary times. Discussions about the sundry injustices college athletes face have been on the fringes for decades—and now they’re entering the mainstream. Work stoppages, economic rights, and racial justice are now topics up for consideration. It is a startling reflection of our political moment, which has the potential to harpoon the NCAA.

In the Pac-12 conference, which includes teams like UCLA and USC, players have put forward a series of demands challenging the status quo of their assumedly powerless reality. The debates and discussions about what to push for began with concerns about reopening amid Covid-19, but after the police murder of George Floyd, they also became about racial and economic justice. Speaking to ESPN’s Bomani Jones, Jake Curhan, a redshirt senior football player at Cal, said,

When we first got started, our only thought was coronavirus. We started talking to some of our teammates, and they said, “What about the Black Lives Matter issue? We don’t want to detract from their issue.” The more we started talking with them, it became clear the two were the same issues.

Valentino Daltoso, Curhan’s teammate, put it this way to Jones:

Coronavirus is the most pressing issue of the moment, but it’s just put a spotlight on how college athletics works. They rely so heavily on us to bring this money in, and we don’t see a penny of it.

They are talking strike if their demands are not met.

Now the Big Ten—the power conference of iconic programs like those at Ohio State and Michigan—is organizing as well. In an open letter called “#BigTenUnited,” authored by “Players of the Big Ten,” on the Players Tribune website, a thousand athletes signed on to demand input in the opening of any kind of a season. They wrote,

We are deeply disappointed with the lack of leadership demonstrated by the NCAA with respect to player safety during the COVID-19 pandemic. We believe that the NCAA must—on its own and through collaboration with the conference—devise a comprehensive plan to ensure the safety and well-being of players leading up to and during the upcoming fall season.

They also called for more economic support, including,

All of this comes after a summer when high-profile coaches like Mike Gundy of Oklahoma State and Clemson’s Dabo Swinney found themselves in hot water with their players and programs for being, at best, tin-eared about the demands and aspirations of the Black Lives Matter movement and, at worst, preening from the wrong side of the police line. All of a sudden, they were on the hot seat, the power dynamics dramatically altered at long last.

This all comes at a time when sports on college campuses could not look more imperiled. Earlier this summer, the Ivy Leagues and many historically black colleges and universities canceled fall sports. This week, the NCAA’s Divisions II and III have canceled championships in fall sports: The University of Connecticut has announced that football will be canceled; Louisville has announced that it will be suspending all activities for four athletic teams after 29 players tested positive for Covid all linked to one off-campus party. UCLA just announced that 10 football players have tested positive. There are similar stories peppered across the landscape. This is creating a reckoning for the plantation system of college football like we have never seen before. It’s the pandemic. It’s the racism. It’s the absence of economic justice. And it’s a volatile combination that could change the system forever.