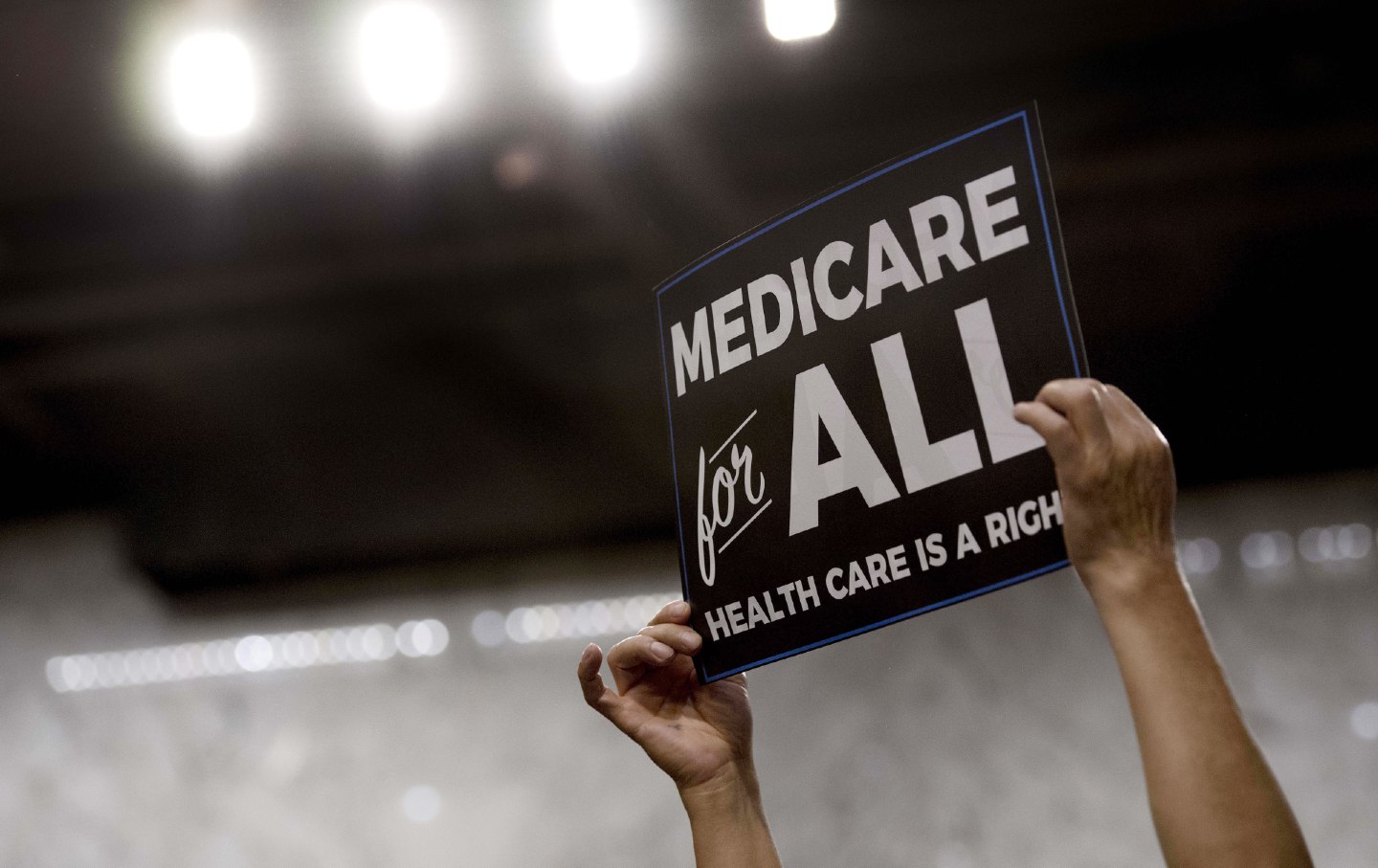 Someone holds up a Medicare for All sign at a rally for former candidate Bernie Sanders. (Jim Watson / AFP via Getty Images)

Many of us are committed to preventing four more years of Donald Trump by any means necessary: mailing ballots, voting early, or braving in-person polls in November if we have to. As John Lewis recently reminded us, “Democracy is not a state. It is an act, and each generation must do its part.”

While Joe Biden’s basement campaign may have given him a lead in the opinion polls, it has done nothing to inspire young progressives to embrace a compromising—and deeply compromised—candidate whose reflexive bias toward the center misses both the urgency and the desperation of the current moment. Their frustration would have been all too familiar to the 23-year-old Lewis, the revolutionary firebrand who at the 1963 March on Washington was prevented by the organizers from asking, “Which side is the federal government on?” 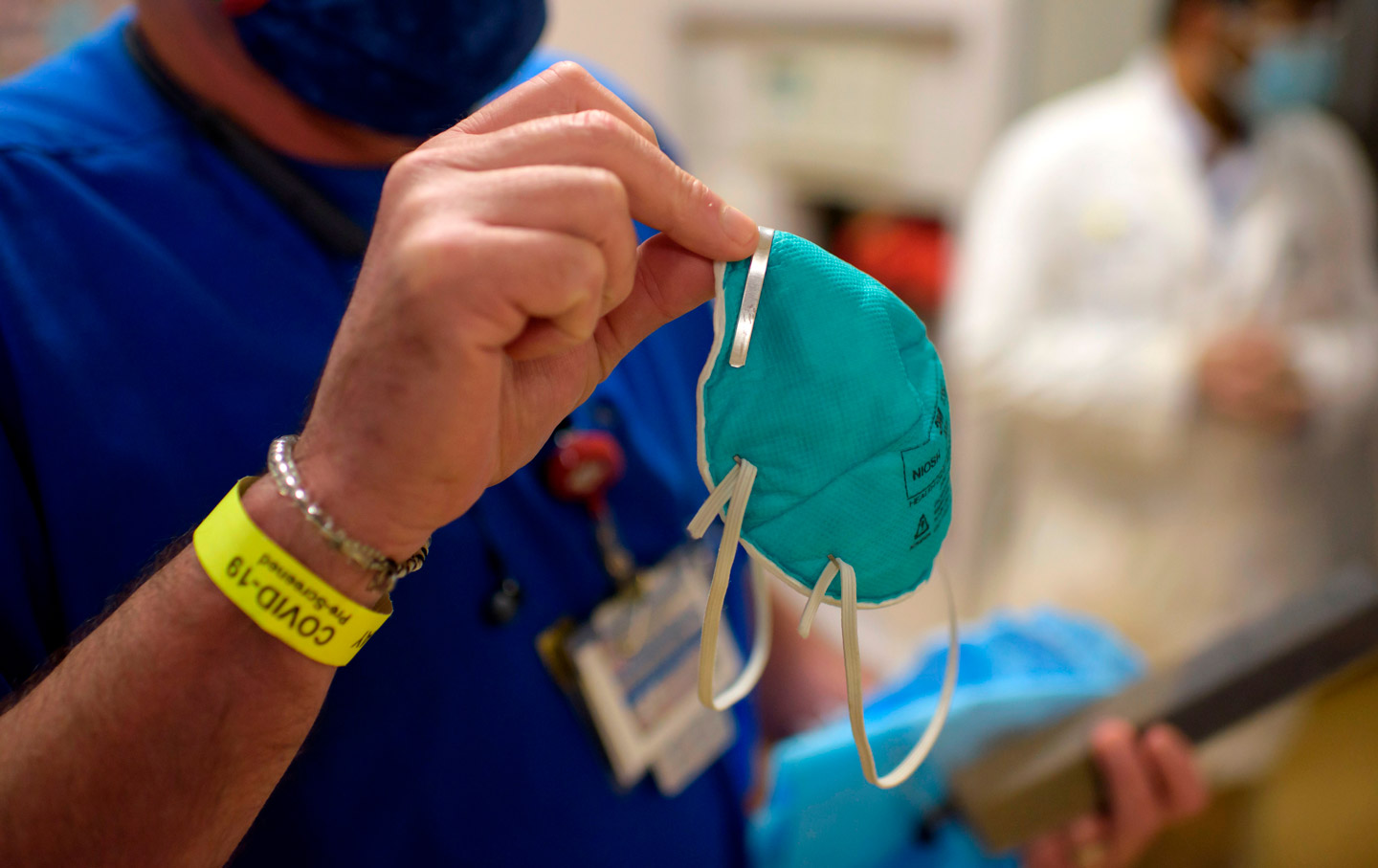 Without Medicare for All, This Isn’t ‘the Boldest Democratic Platform in American History’

The question remains all too pertinent. Yet it also suggests the single thing Biden could do to genuinely excite young Bernie Sanders supporters and to wake up the electorate: Endorse Medicare for All. Whatever the reasons for Biden’s previous resistance, the pandemic gives him more than enough cover to change his mind. From personal protective equipment and testing shortages to vaccine access to track and trace, the private sector just isn’t up to the job.

Recognizing that reality would be a sign of strength. It could also electrify and transform US politics. As John Nichols recently noted, Alvan Earle Bovay, who called the meeting that founded the Republican Party in 1854, previously campaigned on the slogan “Vote yourself a farm.” Give Americans the chance to vote ourselves guaranteed health care in November, and Trump and Trumpism will be buried under the landslide.