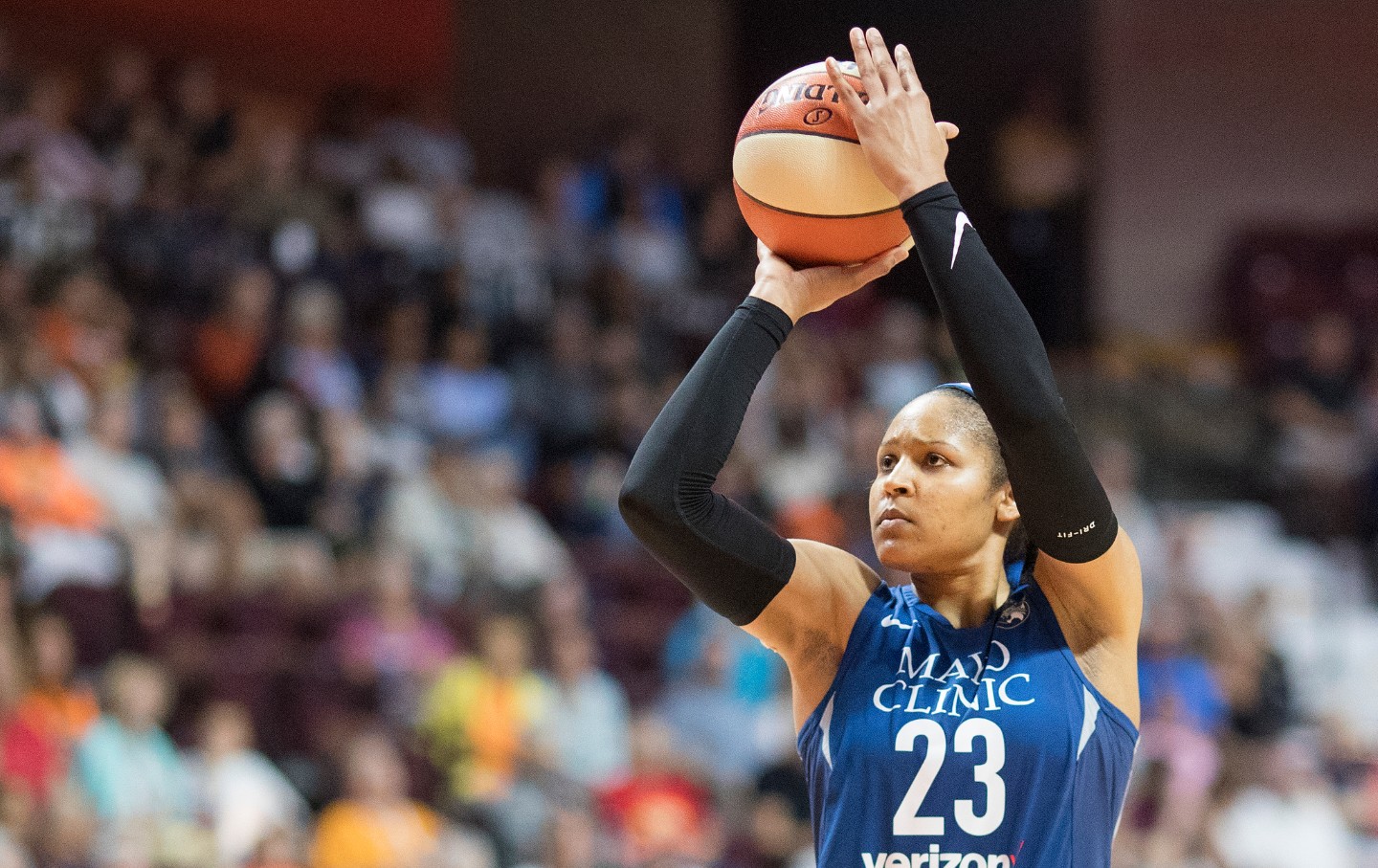 Maya Moore’s struggle for social justice is headed toward a happy ending, and these days those are in short supply. The all-time great basketball player has sacrificed two seasons of her MVP and championship laden WNBA career to fight for the release of a 40-year-old incarcerated man named Jonathan Irons. A quarter-century ago, Irons was a member of Moore’s uncle’s church youth choir. After being convicted for a home-invasion robbery at age 16—a charge he has steadfastly denied—he was handed a shocking 65-year prison sentence. On Monday, Irons’s sentence was vacated, after more than 23 years in a maximum security cell.

Upon hearing the news, Maya Moore said to The New York Times:

It felt so surreal. We finally have justice. I was just thinking, “Did this really happen? Did it?”… It is so sweet to see the redemption that came from stepping away and giving what I had to this case. It feels like we are holding up that Final Four trophy, but there are still a couple of steps.

Those steps include a forthcoming 45-day period where prosecutors in St. Charles County and the Missouri Attorney General’s office decide whether or not to retry the case. While they make that decision, Irons’s attorney will try to free him on bond. Speaking from prison, according to the Times, Irons said, “It feels like I can just breathe, like the weight of the world is off of me, like I have the chance to live.” About Moore, he said,

Moore had been aware of Irons since 2007, when she was about to embark on an epic, championship career at the University of Connecticut. As she told me in 2017, her family

really felt a connection and compassion to help Jonathan, who didn’t have a lot of resources, to stand up and give him a voice to speak out against his wrongful conviction. The more we got to know him, the more outrage our family started to feel, especially seeing what an awesome person he is despite his circumstances and how he’s grown and the things he’s trying to do to fight for himself and continue to be a light where he is.

Moore has come to see Irons so much as a part of her family that she has given up two years of the prime of a career that has already included being named a WNBA MVP, a four-time WNBA champion with the Minnesota Lynx, and a two-time gold medalist. Through this process, Moore has become an activist for transforming our cruel system of criminal justice, most centrally around the issue of prosecutorial reform. As she said to me,

There are so many components and different people and levels and practices involved in our criminal-justice system. But as an athlete, as a leader, and as someone who has excelled in my sport, I feel like I know a thing or two about leadership, and I see the prosecutors in our justice system as key leaders and people who have power and responsibility and a great level of control over how our justice system is executed.… I love celebrating good leaders, but I also have high standards for leaders because the impact that we can have can be really great or it can be devastating.… So I just thought it was a great place to connect, to encourage.… because we can vote in new DAs who can have control over and influence over many issues [such as sentencing, bail reform, mass incarceration, racial bias].

This is a story for the ages. There is no comparison for an all-time athlete taking this kind of extraordinary step away from their craft to pursue social justice. It makes Maya Moore a legend, on and off the court.