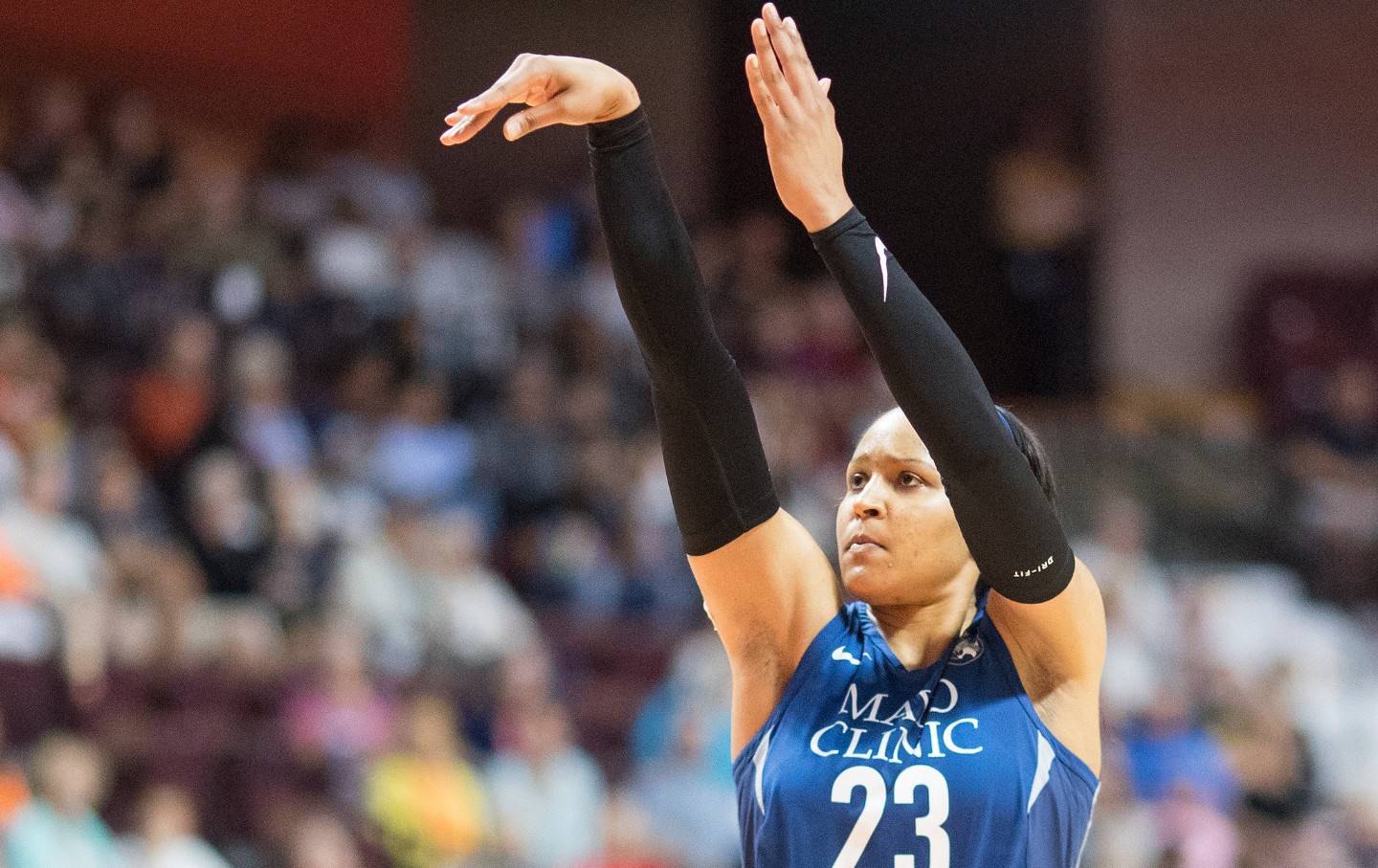 After 22 years behind bars for a crime he did not commit, Jonathan Irons is at long last a free man. Irons, who is only 40 years old, had been sentenced to 50 years for a burglary and assault he was said to have committed at 16. Despite a lack of evidence linking him to the crime, an all-white St. Louis jury convicted the then-16-year-old as an adult.

What makes this a sports story, as we have covered extensively in The Nation, is that WNBA All-Star, MVP, and champion Maya Moore—one of the greatest to ever pick up a basketball—gave up two years of the prime of her career to fight for Irons’s freedom. Their connection came through Moore’s family. Her great-uncle, who had been doing prison ministry for close to 30 years, became a mentor to the young Mr. Irons about 18 years ago, when Moore was just 13 years old. As a first-year student and star hoopster at the University of Connecticut, she met Irons and a bond was forged. Moore, tenacious as hell on the court, committed to seeing Jonathan breathe freely no matter the cost.

Her Minnesota Lynx coach Cheryl Reeve said in a statement,

Maya Moore got to celebrate another championship yesterday and none of us who have been blessed to have Maya in our lives are surprised. I cannot imagine, however, what this one must feel like. I was overwhelmed seeing Maya watch Jonathan Irons walk out of the Jefferson City Correctional Center a free man.… I also can’t help but feel a great deal of anger. Maya Moore should never have had to leave her profession to engage in the fight against the two-tiered criminal justice system that over polices, wrongfully convicts, and over sentences black and brown communities. The criminal justice system in America is so far from fair and equal and it angers me that Maya has had to sacrifice so much to overcome this racially disparate system.

Reeve is, of course, correct. As joyous as this news is, this is an example of the system failing, or perhaps the system working in the racist manner in which it was designed. How many Jonathan Ironses are there in our nation’s prisons who don’t have a superstar-athlete-guardian-angel to secure their freedom? Consider all Maya Moore had to do—sacrifice money, fame, and the prime of her career—to see justice in just this one case. It is actually a humbling example of all the work that needs to be done.

I have interviewed Maya Moore about the case over the years. What has been striking in our conversations is her sense of faith and determination that justice would prevail. And this is not a “one off” for Moore. Her conviction is rooted not only in her relationship with Irons but also in a broader belief that the criminal justice system has racism baked into it and needs to be challenged at every conceivable level. “I think being in the African American community, I have a built-in connection to issues facing black Americans,” she said to me in 2018.

But it’s also being in the sports world today and being connected to people that are taking an interest in the issues that face minorities and people of color. It was also seeing the documentary 13th. That was a really powerful piece that just woke me up in a greater way. Some of the things I knew, some of the things I wasn’t aware of politically: the flow from slavery to today and just how [oppressive] laws continue to morph and how much further we still have to go.

One thing is also certain: We in the sports media need to raise Maya Moore’s name up far higher than it has been lifted until now. She is one of the rare few willing to put it all on the line and sacrifice for the greater good. That we don’t extol Maya Moore in the way we do Colin Kaepernick speaks to the ways in which Black women are marginalized. That must happen no longer. There is no precedent for Maya Moore. She sacrificed. She fought. And alongside the efforts of Jonathan Irons himself, she won. Maya Moore is a legend, but not one on a pedestal. She is a legend we can emulate by joining the fight against racism and the edge of racism’s knife: our system of criminal injustice.