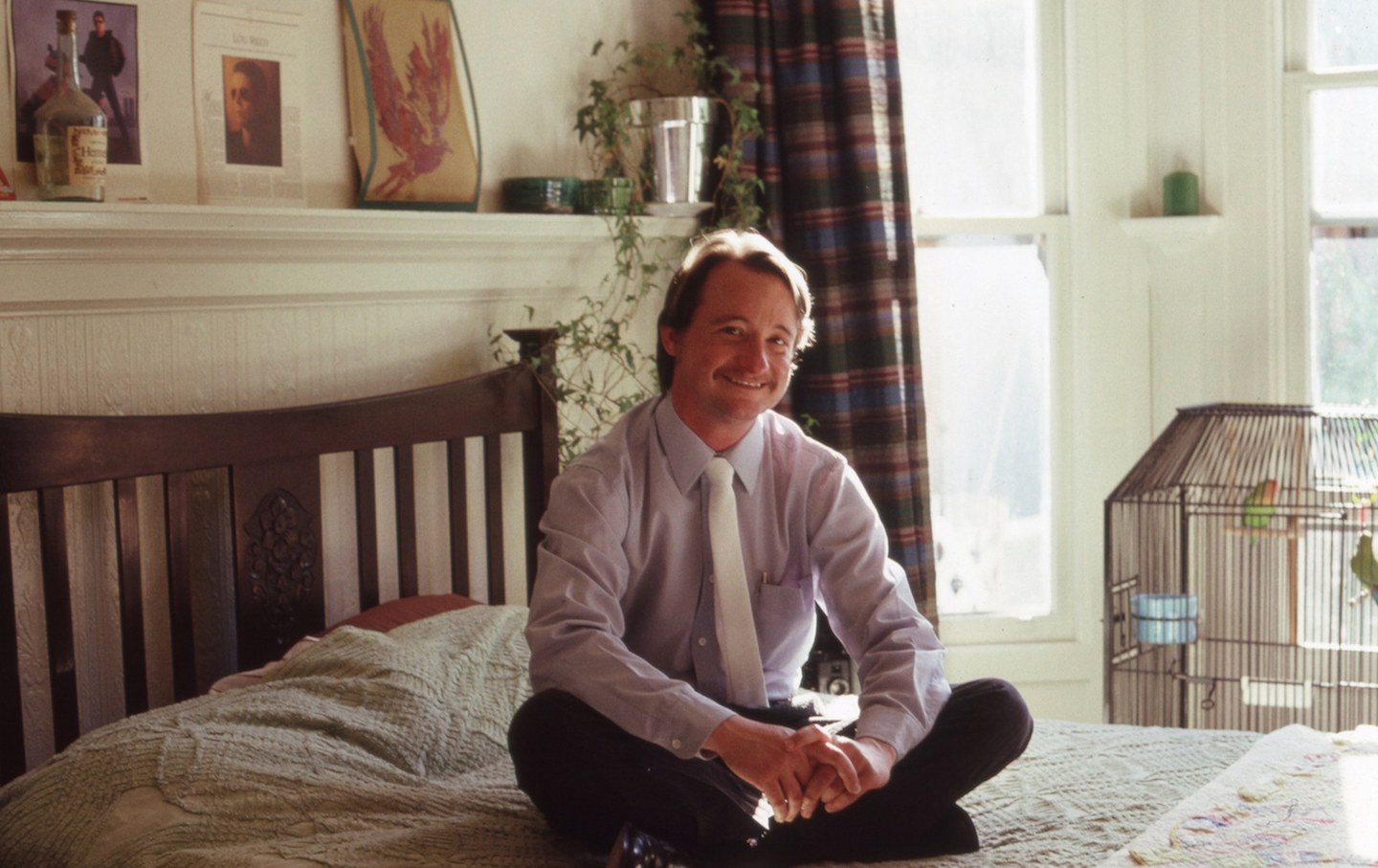 Throughout his short life, Lou Sullivan wrote to prove his own existence. The author, historian, and trans advocate began keeping journals at the age of 10, annotating his day-to-day experience the way many children do: in an attempt to bring something of his interiority into the material world, to confess fears and desires in writing. As he grew up, Sullivan’s journals took on a more political heft. He wrote to declare himself a gay trans man, a nexus of identity that evaded the comprehension of even trans-sympathetic doctors when Sullivan came of age in the 1970s. The cis gatekeepers of medical transition in the late 20th century tended to see transmasculinity as an intensification of butch lesbianism, a desire to become a man so as to more easily love women. But Sullivan’s instinct to transition from female to male was bound inextricably with his love for men, his deep appreciation of their beauty and absurdity. He wanted to become the object of his own desire.

We Both Laughed in Pleasure The Selected Diaries of Lou Sullivan, 1961-1991

We Both Laughed in Pleasure, a selection of Sullivan’s diaries from his childhood to his death from AIDS complications at 39, dispenses with the ubiquitous narrative of transition as a dreary but necessary inconvenience. In her 1968 autobiography, Christine Jorgenson, the first American to attract significant media attention for transitioning back in the 1950s, noted that her newsmaking decision to have gender confirmation surgery was for her “a matter of survival.” Many first-person reports since then have described a similar path forked between transition and death. It is true that suicide rates among trans people, especially those barred from transitioning by familial or financial circumstances, are high. It is also true that living in contradiction with one’s internally held gender can hardly be called living at all. But there is more to transition than running away from pain. Editors Ellis Martin and Zach Ozma, who pieced this book together from the archive of Sullivan’s diaries from the collection of the GLBT Historical Society, have chosen an especially apt title for the collection: As much as Sullivan fled discomfort in his lifelong journey to become himself, he also enthusiastically pursued joy.

That transition can be an ecstatic and amusing process as well as a melancholic one is rarely entertained in mainstream portrayals of trans subjects. In the cis gaze, the desire to shed one’s assigned gender is a problem that can be fixed only with drastic, violent surgeries, which are sometimes described incorrectly as “amputations.” The body goes to war with the person who inhabits it, doctors intervene to win the war on behalf of the trans person, and the story ends there. But the interior experience of transition cannot be rendered in such blunt strokes. It contains infinitesimal gradations of feeling—a collection of stories woven together into an arc of becoming. Often, these infamous medical interventions play a minor role in a trans person’s story, if they play one at all.

Because Martin and Ozma begin this collection with Sullivan’s childhood diaries, We Both Laughed takes a wide view of the many subtle influences that shape the burgeoning self. As a young teenager growing up in Milwaukee, Sullivan wrote of his adoration for the Beatles and of begging his parents to let him get a mop-top haircut of his own. In his 20s, that complex gaze of affinity and desire shifted to Lou Reed, the New York musician whose given name Sullivan ended up taking as his own. By the time Sullivan went to his first Lou Reed concert, he had begun wearing men’s clothing, delighting in the contours of leather jackets, shirts, and ties. He looked so similar to his eventual namesake that friends began calling him “Lou,” and the playful epithet stuck. “I came outta there wishing I was him, thinking I am, wondering what he is,” Sullivan mused in his diary after watching Reed perform.

That Sullivan’s friends helped name him flouts the notion that transition is something formulated entirely within the individual, then projected onto the outside world. Sullivan moved through his life suspended in networks of companionship, first in Milwaukee, then in his adoptive home of San Francisco once he moved there at age 24. The expected scenes of his transition enraging his immediate family do not appear here, either; instead, his mother takes him to buy a suit, and his siblings readily accept him as their brother. Friction does emerge between Sullivan and his long-term romantic partners, who attempt to dissuade him from pursuing hormones and surgeries. Their opposition can be painful, but it also helps Sullivan solidify himself. “Why…do you want to continue giving yourself those SHOTS?” asks a younger boyfriend who is not quite ready to think of himself as a queer man. And Sullivan replies, “Because they are what brought me into humankind.”

So often transition is considered an isolating process that excises the trans person from the social fabric around them. But Sullivan sought transition as a gateway to connecting more readily with those around him: his family, his lovers, his local queer communities, and the wider network of trans men who reached out to him from across the country. He appeared on TV as an advocate for men like him and was active as a peer counselor and mentor in local transgender support groups like the Golden Gate Girls/Guys, an organization that added the “Guys” to its name at his suggestion. His diaries illustrate beautifully that to transition is not to cut oneself off from the world but to emerge more fully into it—to embrace the beauty and complexity of the self so as to better meet the beauty and complexity of others.

Sullivan journaled with the expectation that his diaries would one day join his other published works: Information for the Female-to-Male Crossdresser and Transsexual, a self-published and locally distributed pamphlet (later republished by the Ingersoll Gender Center in 1990) that he intended as a corrective to the often misleading advice about transition dispensed by cis doctors, and From Female to Male: The Life of Jack Bee Garland, a biography of the soldier, author, and early 20th-century trans man in whom Sullivan found a kindred spirit. And so poring over his diaries does not feel like an invasion of his privacy, even though he is not here to see new readers encountering his words for the first time. It is more like bearing witness to what he always intended to share with others: his discovery and creation of himself. “I’m a 24 hour living art form, unique onto myself + that’s a damned hard thing to be!” he exclaims at one point. 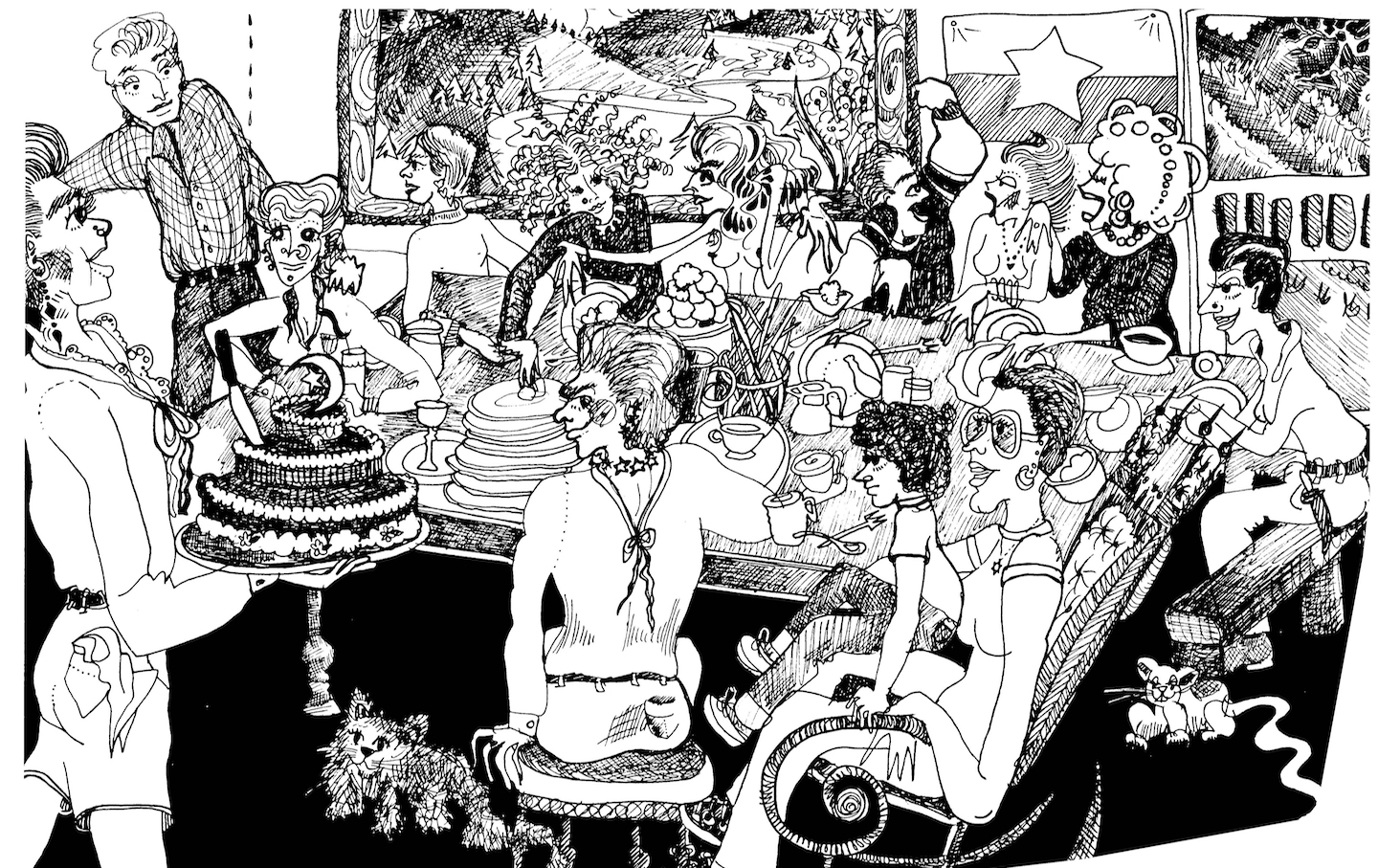 A Queer Underground Novel Finally Gets Its Due

When Sullivan was in his mid-30s, he was diagnosed with HIV, then a death sentence for the thousands of gay men who contracted it throughout the 1980s. He noted, with bitter irony, that even though the doctors once said he could not live as a gay man, he would sure as hell die as one. The final passages of We Both Laughed, which follow him through the deterioration of his health and the end of his life, are as painful as they sound, but Sullivan resisted dour cliché as he approached death much the way he had always done throughout his life. Even though he knew he was dying, he sought and seized pleasure wherever he could. When, after his diagnosis, he completes his last transition-related surgery, Sullivan declares, “Finally! I feel like a gay man! I’m no longer a fucked-up female. Hallelujah! I’m now a fucked-up male!!” He survives years longer than he expects and writes, “I feel like a sneaking spy, somehow able to observe the daily surroundings I was supposed to have missed. Often I think to myself, ‘So if I had died like I was supposed to, this… THIS is what I would be missing!’ And it makes every little event joyfully amusing to me.” In one of his last entries, written after he had lost the ability to walk unassisted, he describes zooming around the aisles of a supermarket in his wheelchair. Weak, in pain, and dying from plague, Sullivan chased moments of mirth and play.

“I believe that, if I am going to live my life alone, and if it is true that you are the only one you can rely on to always be there, I had better make peace with myself,” Sullivan wrote around the time he decided to begin medical transition. “If I am the only one I have, I have a right to make myself happy.” It feels like a gift to be able to read such a complete and evocative record of a life spent in pursuit of joy. Now that so many voices speak loudly of transition as a kind of death, what a relief it is to have such a rich historical document of transition as a way of coming alive.

Clarification: a previous version of this article stated that the archive of Lou Sullivan’s diaries were held at the San Fransisco Public Library. They have since been moved back to the permanent collection at the GLBT Historical Society.