Ads in front of The Stonewall Inn in Greenwich Village. (Erik McGregor / LightRocket via Getty Images)

Customs and Border Protection (CBP) acting chief Mark Morgan today commemorated the 1969 Stonewall Riots in an agencywide e-mail honoring LGBT Pride Month. The e-mail comes one day after he tweeted that the current “‘protests’”—which he put in scare quotes—“are anything but peaceful.”

“To the violent rioters, you are not representing justice—you are committing crimes like arson, assault, looting & destruction of property,” Morgan wrote later.

He sent out the e-mail commemorating the Stonewall riots just before noon. It states, “The designation of LGBT Pride month commemorates the 1969 Stonewall Riots in Manhattan protesting persecution of the LGBT community. The Stonewall Riots served as a catalyst, propelling the LGBT rights movement in the United States.” The e-mail was provided to The Nation by a Department of Homeland Security contractor on condition of anonymity to avoid professional reprisal.

The e-mail appears to be part of CBP’s effort to commemorate Pride Month, led by the agency’s various Diversity and Inclusion Program Committees under the Privacy and Diversity Office.

“CBP takes immense pride in embracing an inclusive workforce…. During the month of June, we celebrate Lesbian, Gay, Bisexual and Transgender (LGBT) Pride month with the theme, ‘#StillWe,’” the e-mail begins.

“Considering how Acting Commissioner Morgan was deploying officers and agency resources for the riots over the weekend, to turn around and send this e-mail is the height of absurdity and hypocrisy,” the DHS employee told The Nation. “Stonewall was a fight for justice, and so are the protests in the name of George Floyd.”

Last week, Morgan said that CBP was deploying officers, agents, and “aviation assets”—its Air and Marine Operations has about 240 aircraft, including helicopters and military drones—to confront what he described as “the lawless actions of rioters,” noting that CBP legally operates nationwide and not just at the borders.

He is correct that CBP operates not just close to the border; it is legally authorized to operate within 100 miles of any external boundary of the United States. This covers an area where about 200 million Americans—around two-thirds of the US population—live. It encompasses nine of the 10 largest US metropolitan areas and almost the entire territories of 11 states, including New York and Florida.

On May 29, CBP touched off controversy after reports that it was operating a predator drone over Minneapolis. Notably, Minneapolis is not within 100 miles of any US border. The drone was first spotted by Jason Paladino using an open-source flight tracker. Paladino, who works for the Project on Government Oversight, posted data on Twitter that showed the drone flying around Minneapolis in a hexagonal pattern before heading directly over the city and leaving.

CBP reportedly said that it had deployed the drone at the request of federal law enforcement to provide video for “situational awareness,” but beyond that, it is unclear exactly what role it played. According to CBP, it routinely provides support to local law enforcement when requested, but it did not disclose which agency had asked for the drone assistance. CBP said it had notified Congress of the drone’s deployment,

Shortly thereafter, CBP recalled the drone to its home base in North Dakota. 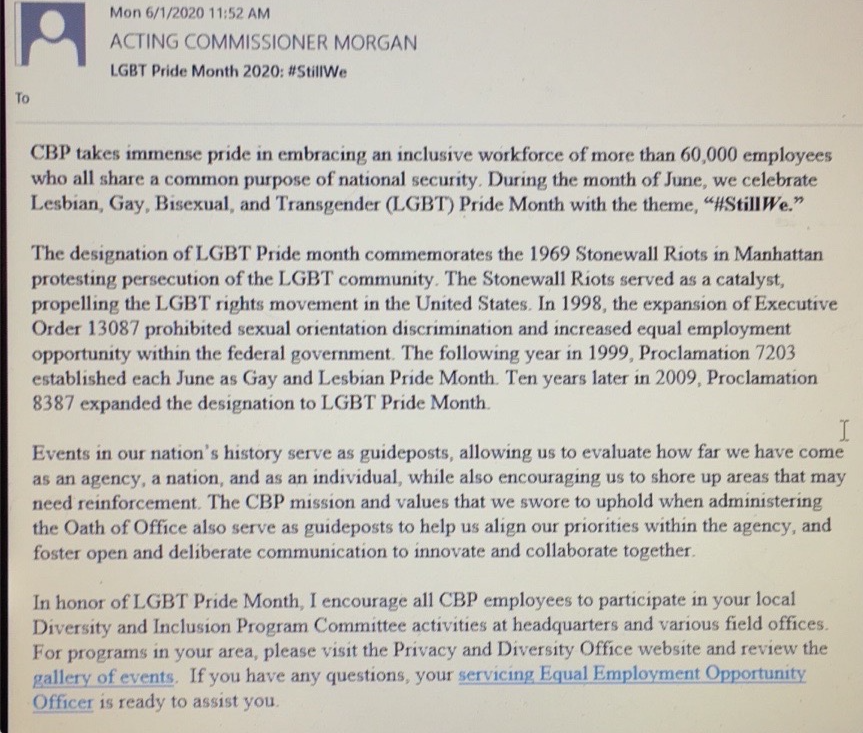