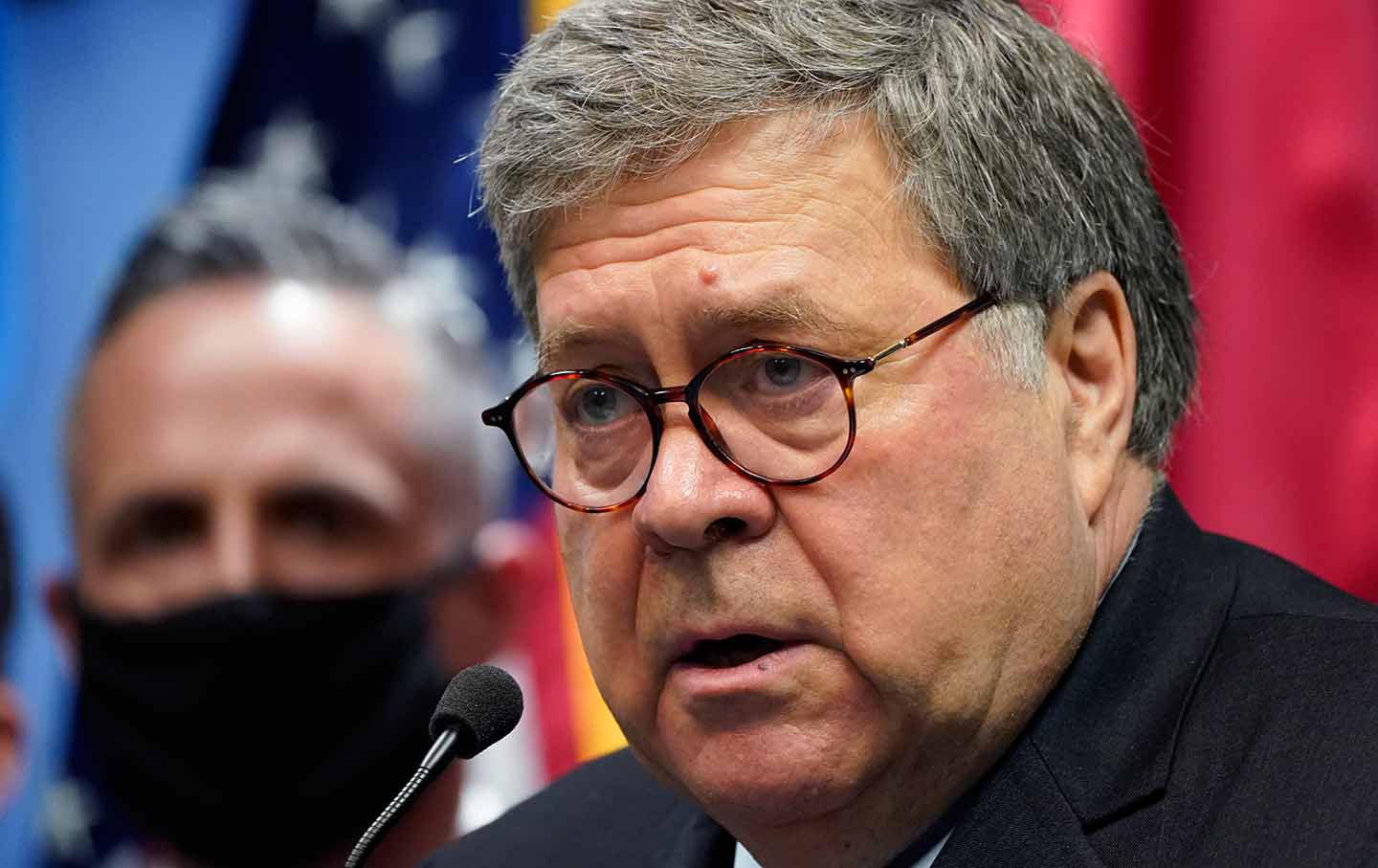 It’s tough to choose the worst thing Attorney General William Barr said in a shocking Wednesday interview with CNN’s Wolf Blitzer. He claimed that Jacob Blake, shot seven times in the back by Kenosha police last month, was armed; he was not. He appeared to back up Donald Trump’s demented claim that thugs in black boarded planes headed to Washington bent on mayhem, and then dissolved in “I don’t know what the president was specifically referring to.” When Blitzer asked if Trump’s outrageous suggestion that North Carolina supporters vote twice—ostensibly to check whether voting by mail made it possible—was illegal, Barr repeatedly averred, insisting, “I don’t know what the law in the particular state says.”

I do, and I don’t have a law degree. In none of our 50 states, nor the District of Columbia, is it legal to vote or attempt to vote twice. (That’s actually federal law.) You’re welcome.

To his credit, Blitzer debunked all of those false claims and more. When Barr insisted that voting by mail and other reforms make voter fraud rampant, Blitzer asked how many instances of voter fraud he had prosecuted in his 10 years as attorney general; Barr had to admit, “I don’t know.” He wouldn’t rule out sending federal agents to polling places in November “if there was a specific investigative danger.” But even acting Homeland Security director Chad Wolf, no paragon of independence or integrity, said last month he has no authority to deploy federal law enforcement officers that way.

A sinister arrogance, the smirking sense that he’s above the law, pervaded Barr’s replies. As well as brazen racism. Like Trump, he refused to admit the country, or law enforcement particularly, suffers from “systemic racism.” Cops don’t treat black men differently from white men because of “discrimination,” he insisted. “If anything’s been baked in, it’s a bias toward nondiscrimination.” Citing a comment the Rev. Jesse Jackson made 30 years ago about how even he sometimes feared young black men, Barr seemed to make the case that the disparity in their treatment by police stems from their own criminality, not police bias. Never mind that research shows that whether they’re obeying the law or breaking it, black men are much more likely than white men to suffer violence and abuse at the hands of police.

None of this should be shocking: Barr has been Trump’s toady, and not America’s lawyer, since his first hours on the job. From lying about the conclusions of Robert Mueller’s investigation to personally supervising the crackdown on peaceful protest in June, just so Trump could get a photo op with an upside-down Bible, Barr has been Trump’s Roy Cohn. Just last week, his Department of Justice took initial steps to investigate whether the Democratic governors of just four states—New York, New Jersey, Pennsylvania, and Michigan—violated the civil rights of nursing home residents with their handling of Covid. Of course, nursing home residents, tragically, have borne the brunt of the disease in most states (along with prisoners, whose rights Barr seems strangely uninterested in representing). Two prominent disability rights lawyers pronounced the investigation “transparently political and plainly not undertaken in good faith” in Slate.

Though it’s hard to identify Barr’s worst moment in the Blitzer interview, his apparent willingness to back up Trump’s lies about voter fraud, and to use federal agents to investigate false claims on Election Day and after, was the most alarming. If Joe Biden and Kamala Harris can prevail in November despite Trump and Barr’s attempts to thwart them, and to thwart democracy, I’d really like to see President Biden put Vice President Harris in charge of assembling some kind of Trump-Barr Crimes Commission (backed by Attorney General Sally Yates or Preet Bharara). There must be accountability for all the lawbreaking in this administration, including by the nation’s top law enforcement official.

Until then, we can’t get numb to Barr’s repeated willingness to bend, break, or deny the law on behalf of his boss. This election is going to require us to vote in record-breaking numbers. Use your outrage—“good outrage,” to paraphrase the late John Lewis—to get in “good trouble”: organizing energetically to put an end to the lawless Trump-Barr era.