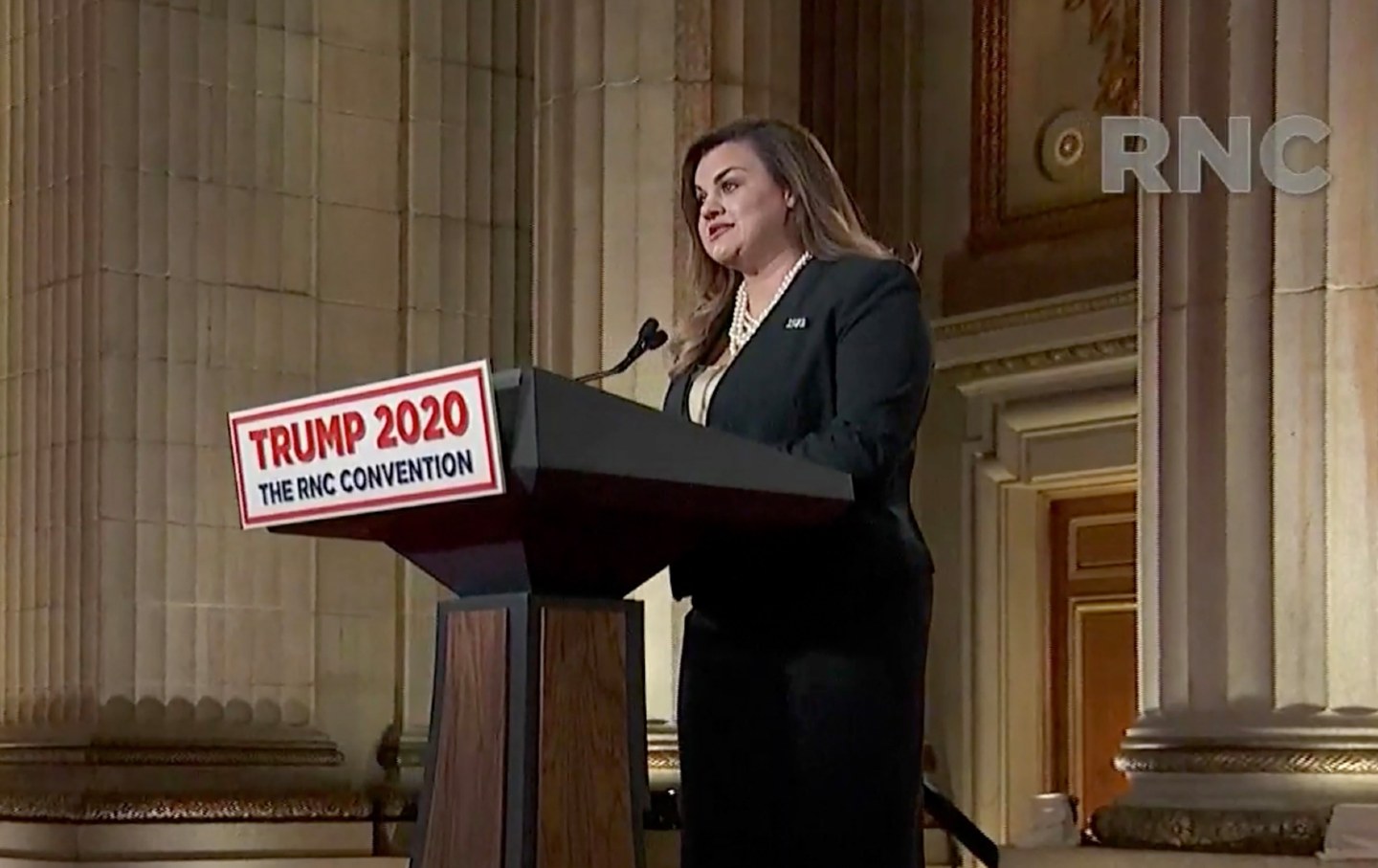 Political conventions normally have a twofold goal: reenergizing the base of the party and making a pitch to wavering voters whose support might be won. In this year’s, we’ve seen a stark contrast between the two parties in which aim they have prioritized. Last week’s DNC was overwhelmingly focused on winning over centrists and disenchanted Republicans, with the ideological message put on the back burner in order to emphasize appeals to patriotism, civility, and decency. In pursuit of this goal, prime-time space was given to Republicans and former Republicans: John Kasich, Michael Bloomberg, Cindy McCain, and Colin Powell.

The Republican convention, by contrast, has been an exercise in reinvigorating the base, with red-meat appeals on culture war issues that are the heart of Trumpism. Rather than trying to win over potential converts, the goal is to get the church excited again with the old-time religion.

The difference between the two parties is surely due to the substantial lead Joe Biden has enjoyed all year, which widened further with the rise of Covid-19 in the spring. Since May, Biden has never had less than a 6 percent lead in the FiveThirtyEight aggregation of the polls. This means Biden can feel secure that he has his base locked down and can go hunting for new voters. Trump, on the other hand, can’t afford to lose any of the voters he has. So the RNC has been geared toward battening down the hatches and making sure every facet of the GOP coalition is on board.

The problem for the GOP is that this approach means it has to cater to extremists and goofballs who have been attracted by the magnet of Trumpism. The GOP convention has seen a consistent elevation of unhinged figures advocating causes like the QAnon conspiracy theory, opposition to woman’s suffrage, and anti-Semitism.

On Tuesday, GOP congressional candidate Marjorie Taylor Greene, an outspoken QAnon enthusiast, tweeted: “I’m honored and thrilled to be invited to attend President Trump’s acceptance speech Thursday evening at the White House.” She posted a gaudy gold-tinted invitation signed by Trump. QAnon, of course, is the conspiracy theory that Trump is fighting a covert war against pedophiles and cannibals who control the Democratic Party, Hollywood, and the “deep state.”

Also on Tuesday, The Daily Beast broke the story that Mary Ann Mendoza, who had been scheduled to speak at the convention, had retweeted a string of anti-Semitic messages including a link to The Protocols of the Elders of Zion, a notorious anti-Jewish forgery. Apart from her anti-Semitism, the very grounds for inviting Mendoza were dubious. She was described as an “angel parent”—a term among nativists for Americans whose children had been killed by undocumented immigrants. Mendoza’s son had been killed in a car accident involving an undocumented immigrant. But the very category of “angel parent” is itself xenophobic, implying that death in these circumstances is inherently more tragic. After Mendoza’s anti-Semitism was reported, the RNC pulled her from the speaking slot.

Finally, there was controversy involving another speaker slated for Tuesday night, anti-abortion activist Abby Johnson. According to the website 19th News, Johnson “has advocated in recent months for a head-of-household voting system that has historically barred women and people of color from casting ballots.” Johnson’s position is that only the head of a household, who would normally be the husband, should be allowed to cast votes.

On Twitter, Johnson was asked, “But what happens when the husband is a Republican and the wife is a Democrat or vice versa?” She replied, “Then they would have to decide on one vote. In a Godly household, the husband would get the final say.”

Vice also reported that Johnson “said in a recent video that it would be ‘smart’ for a police officer to racially profile her biracial son, because ‘statistically, my brown son is more likely to commit a violent offense over my white sons.’”

The invitation to Greene and the speaking spots offered to Mendoza and Johnson illustrate the dangers of the strategy of riling up the base. In making such figures the face of the GOP, the Trump campaign risks alienating anyone outside the fold.