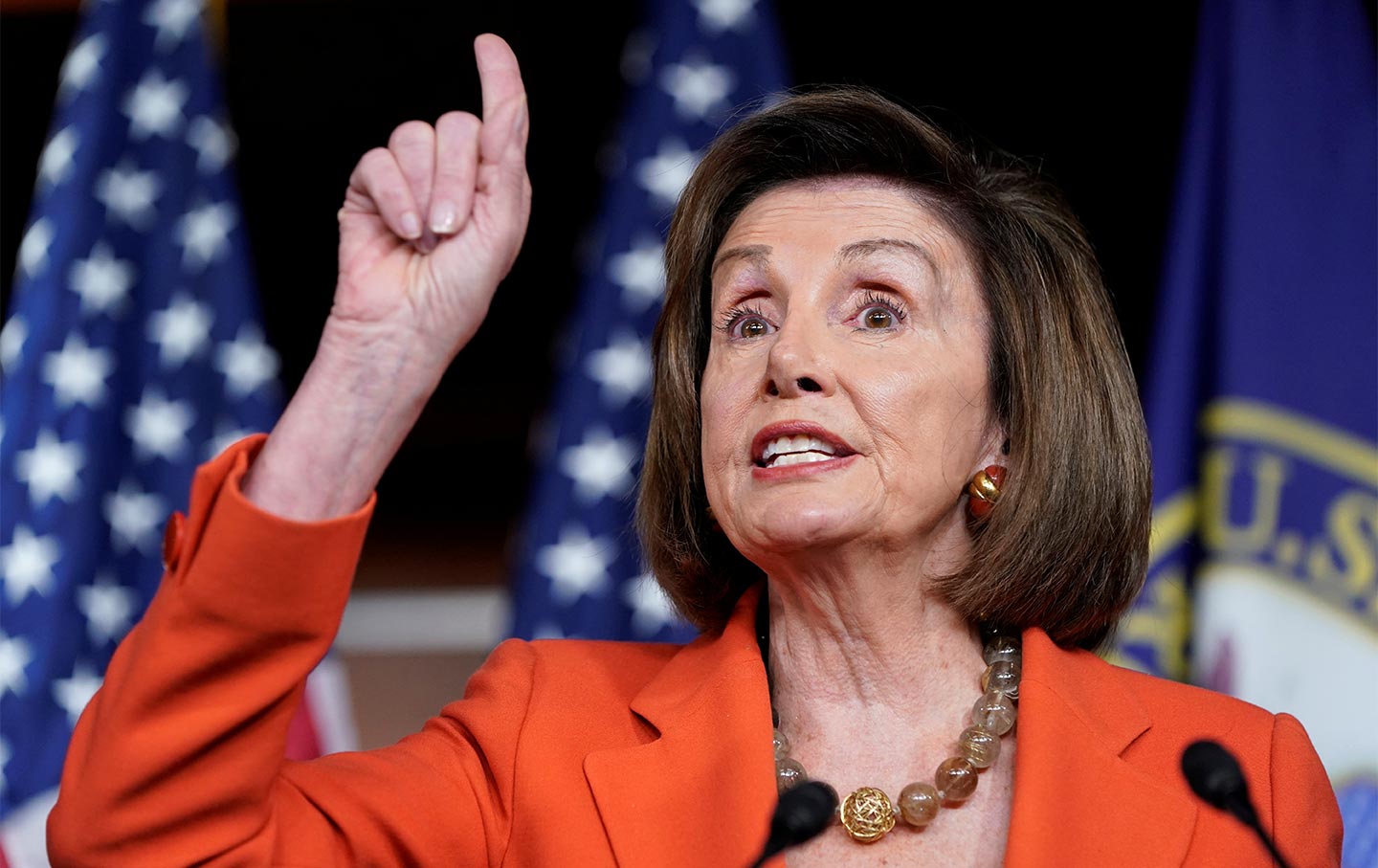 The work of impeaching the president of the United States is a process, and that process was formally outlined and endorsed Thursday after a House debate that saw Democrats take the constitutional high road while Republicans veered off the cliff of rank partisanship.

Even in this era of divided governance and siloed communications, the Democrats clearly won the day. House Speaker Nancy Pelosi pulled her once-reluctant caucus together for an overwhelming vote in favor of the rules that will be used to hold President Trump to account.

The debate on Thursday was rancorous, and at times bizarre, as all the coming debates on impeachment are likely to be. In this regard, it proved to be highly instructive. Both sides showed their cards. The work of investigating, and most likely impeaching, the president has now entered a new phase—with formal structures and procedures that will allow Democrats to pursue the inquiry, even as Republicans seek to obstruct it. This was about a lot more than taking on a Republican talking point about the definition of the process. For the first time on the floor of the House, Democrats were speaking in concrete terms about using the Constitution’s full power to hold the president to account.

Quoting from James Madison, Tom Paine, and other founders of the American experiment, Democrats identified this new phase with constitutional duty and patriotism. Some of the Democrats who addressed the chamber Thursday were still too apologetic about embracing the responsibilities that go with their oaths of office. But the savviest of their number spoke the bolder language that must define their work going forward.

“These rules are fair and strong and will make sure that we can—and we will—defend the Constitution of the United States,” declared House Judiciary Committee member Jamie Raskin, who was elected to Congress in 2016 after teaching constitutional law for decades. The Maryland Democrat, who will be a pivotal figure when the process gets to the Judiciary Committee, explained that “the impeachment inquiry has discovered a substantial body of evidence that the president of the United States has violated the Constitution by placing his political interests above the interests of the country, thereby putting both our democracy and the nation’s security in jeopardy. In light of this evidence, the House of Representatives must fully investigate. We have sworn a sacred oath to uphold and defend the Constitution of the United States against all enemies foreign and domestic. We will honor our oath by countering all high crimes and misdemeanors committed against the American people and our Constitution.”

With a vote of 232 to 196 that broke largely along party lines, the House embraced what Raskin and others explained as a duty not merely to uphold an oath but also to follow the evidence of presidential wrongdoing to a logical conclusion. “We are here because the facts compel us to be here,” explained House Rules Committee chair James McGovern as he opened a remarkable floor debate on the resolution outlining the rules that will govern the inquiry. Referring to “serious evidence Trump might have violated the Constitution” by pressuring Ukrainian President Volodymyr Zelensky to open an investigation aimed at a political rival (former vice president Joe Biden), McGovern explained the steps that had been taken to guarantee transparency and “due process for the president.”

With that said, McGovern acknowledged that “some on the other side will never be satisfied with any process that uncovers the truth about what the president did.” A few minutes later, House Republican whip Steve Scalise stepped up to prove McGovern right.

The Case for Keeping Impeachment Clean and Simple

Standing beside a cartoonish graphic image of Moscow’s Red Square and a Communist hammer and sickle, Scalise declared, “This is Soviet-style rules.” The top Republican went further off the deep end than most of his partisan colleagues. But like the rest of the Republicans, Scalise made no real effort to defend Trump. Instead, he complained about perceived slights and rules he didn’t find favorable enough to his cause.

The griping grew so tedious that McGovern announced, “I get it: My friends across the aisle want to talk about process, process, process, but not one of them wants to talk about the [abuses and wrongdoing] of the president. That speaks volumes.” House Financial Services Committee chair Maxine Waters, the California Democrat who has been an ardent advocate of impeachment, simply referred to the Republican complaints as “fabrications.”

As the debate wore on, an exasperated McGovern finally said, “Let’s talk about a sham process: Instead of respecting the constitutional authority of the House of Representatives, the White House has obstructed our investigation.”

And so it went. The Republicans never did get around to defending Trump. Instead, they tried to suggest that Democrats simply wanted to “overturn” the results of the 2016 election—failing to note that Trump lost the national popular vote by almost 2.9 million ballots. The most inept of the president’s defenders, California Republican Devin Nunes, even tried to portray the advocates for presidential accountability as “a cult” driven by “a bizarre obsession with overturning the results of the last election.”

House Republican Conference chair Liz Cheney, the Wyoming representative who comes from a family that has some familiarity with the wrong side of history, said, “My colleagues across the aisle will be held accountable by history for what they are doing.” But history was very much on the side of the Democrats. Democratic Caucus chair Hakeem Jeffries, of New York, explained that “what we are doing right here is consistent with the words of James Madison, who in Federalist 51 said the House should be a rival to the executive branch.” Jeffries earned applause when he announced that “the founders didn’t want a king, they didn’t want a dictator, they didn’t want a monarch, they wanted a democracy, and that is exactly what we are defending right now. No one is above the law.”

The most powerful remarks of the day, however, were those of one of the chamber’s senior members, House majority whip James Clyburn. The South Carolina Democrat could barely contain his disdain for Republicans who regard defense of Trump as their highest calling, saying, “Tom Paine would call them summer soldiers and sunshine patriots.” Employing the language Paine used to call the country into revolution against King George III, Clyburn quoted the pamphleteer:

He warned us that these people would come forward in a crisis, shrink from the service of their country; but he [also wrote that] he that stands it now, deserves the love and thanks of man and woman. Tyranny, like hell, is not easily conquered; yet we have this consolation with us, that the harder the conflict, the more glorious the triumph.

In the spirit of the moment, and of the moments to come, Clyburn concluded by celebrating the champions of a system of checks and balances that says even the president of the United States must respect the rule of law. “We are here today,” he said, “because brave, dedicated public servants and patriots are standing up for their country.”