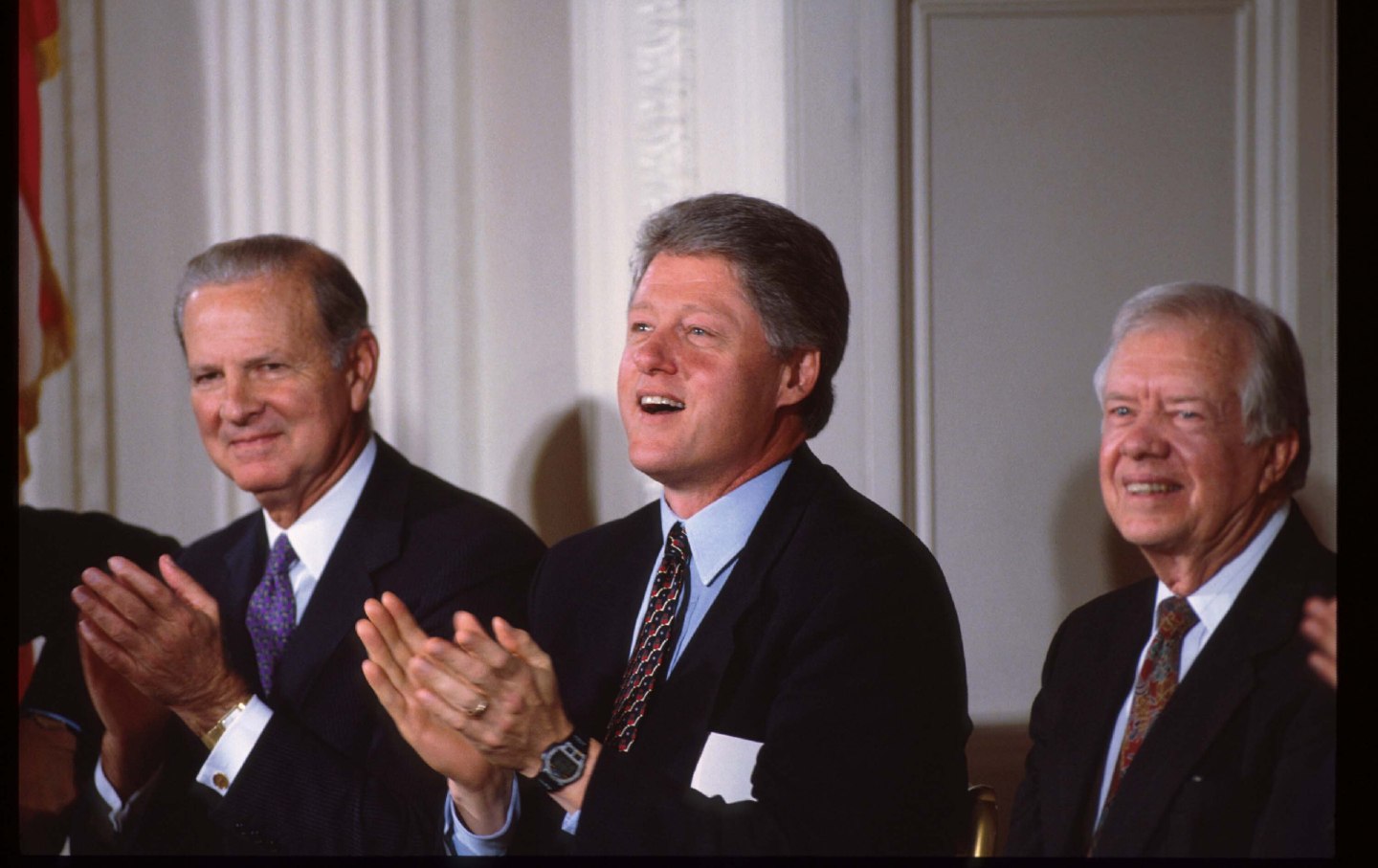 Those who instigated and participated in the violent trashing of the US Capitol—which ended in at least five deaths and dozens of injuries—must be brought to justice. Donald Trump faces impeachment and will leave office in disgrace, stripped even of his megaphones on Twitter, Facebook, and YouTube. Prosecutors are pursuing the violent and destructive, with dozens already under indictment. Accountability for Trump’s lickspittle congressional acolytes will await the next elections, although many of their corporate donors are bailing out already. The unanswered question is whether that reckoning will include transforming the ruinous establishment policies that have stoked the frustration and rage that helped bring this country to this moment.

The virtually all-white mob that sacked the Capitol was a motley gathering drawn from many corners of today’s Republican Party—including neo-Nazis, racists brandishing Confederate flags, Proud Boys, evangelical zealots, QAnon fantasists, enraged white shopkeepers, and small-business owners—all snared in Trump’s relentless lie that the election was stolen and other fantasies.

But Trump and the mob are not the source of this democracy’s woes; they are only its expression. When Trump is gone, the anger and hatred will remain. Over the course of the conservative era that began with Ronald Reagan, this country has suffered the brutal displacement of what had been a relatively secure, largely white working class. Leaders of both parties have lied constantly to them, claiming that they gave a damn, even while nothing changed. The mostly white elite has grown ever richer even as communities were savaged by the closing of factories and the loss of good jobs. For too long, this government and this economy have not worked for most people. And our increasingly brazen big-money politics and rampant corruption make it apparent who pulls the strings.

Trump rose to the presidency as a particularly noxious practitioner of Republican race-baiting politics, from his poisonous birther campaign against President Obama to his posturing on the “invasion” of immigrants and Muslims. But what distinguished him in 2016 was his break from the bipartisan market fundamentalism and his fierce indictment of the elite. Trump assailed corporate globalization and failed trade policies, endless wars, Wall Street (particularly Goldman Sachs), and the political establishment. That establishment, he said in his inaugural address, “protected itself, but not the citizens of our country.” Politicians, he said, “prospered—but the jobs left, and the factories closed.” That was some “weird shit,” George W. Bush remarked, but it rang true to millions across the country.

Personnel as Policy: What Biden’s Picks So Far Tell Us

Robert L. Borosage and The Nation

From Bill Clinton’s “New Democrats” through Barak Obama’s “hope and change,” Democratic leaders embraced the conservative consensus. They championed the corporate trade policies that shipped jobs abroad, while liberal economists mocked those who warned of the consequences. They did little as unions were crushed, as wages stagnated and the price of necessities like health care, education, and housing soared. They shelved antitrust enforcement and touted Wall Street deregulation. And when the resulting financial wilding finally ended in the financial collapse of 2008, the Obama administration bailed out the banks that were responsible, while millions of Americans whom they preyed upon lost their homes and their savings.

Republicans used race-baiting politics to consolidate their “Southern strategy” and make themselves the party of white sanctuary. The Democratic establishment yoked ruinous neoliberal economics with identity politics—the cabinet that “looked like America” under Clinton, followed later by the first black president, along with promises to open “ladders of opportunity,” while inequality worsened. This served to consolidate a majority coalition that linked the educated and the well-heeled with minorities. It also added salt to the wounds of displaced white workers who flocked to the Republican Party. Racism not only fuels the hatred of the mob; it divides the dispossessed—as it always has—frustrating the creation of a multiracial working-class majority that could drive progressive change.

Despite his rhetoric, Trump delivered mostly traditional Republican policies—corporate tax cuts, deregulation, right-wing judicial appointments. His populist promises were broken or abandoned. The trade wars failed; the endless wars continued; inequality grew more extreme. His delusional response to the pandemic left him with the worst jobs record of any president since Herbert Hoover. But Trump, proclaiming himself the champion of opening up the economy, scorned masks and cheered on the angry mobs threatening governors and health officials.

Some in the Republican establishment believe that the infamy of January 6 might enable them to ostracize Trump while preserving the party’s hold on the white working class. The Democratic congressional leadership is focused on punishing those who instigated, aided, or participated in the assault on Congress and democracy. Here Joe Biden has it right: This effort cannot be allowed to distract from the launch of a new era of bold reform. Ostracizing Trump and prosecuting those who terrorized the Capitol is imperative, but the survival of this democracy depends not on whether Trump is impeached or disgraced but on whether it can actually work for working people again. If it can’t—and change won’t be easy, because it requires challenging the elites and the entrenched interests of both parties—then Trump is likely to be seen merely as an amateur opening for the full horror show that is yet to come.