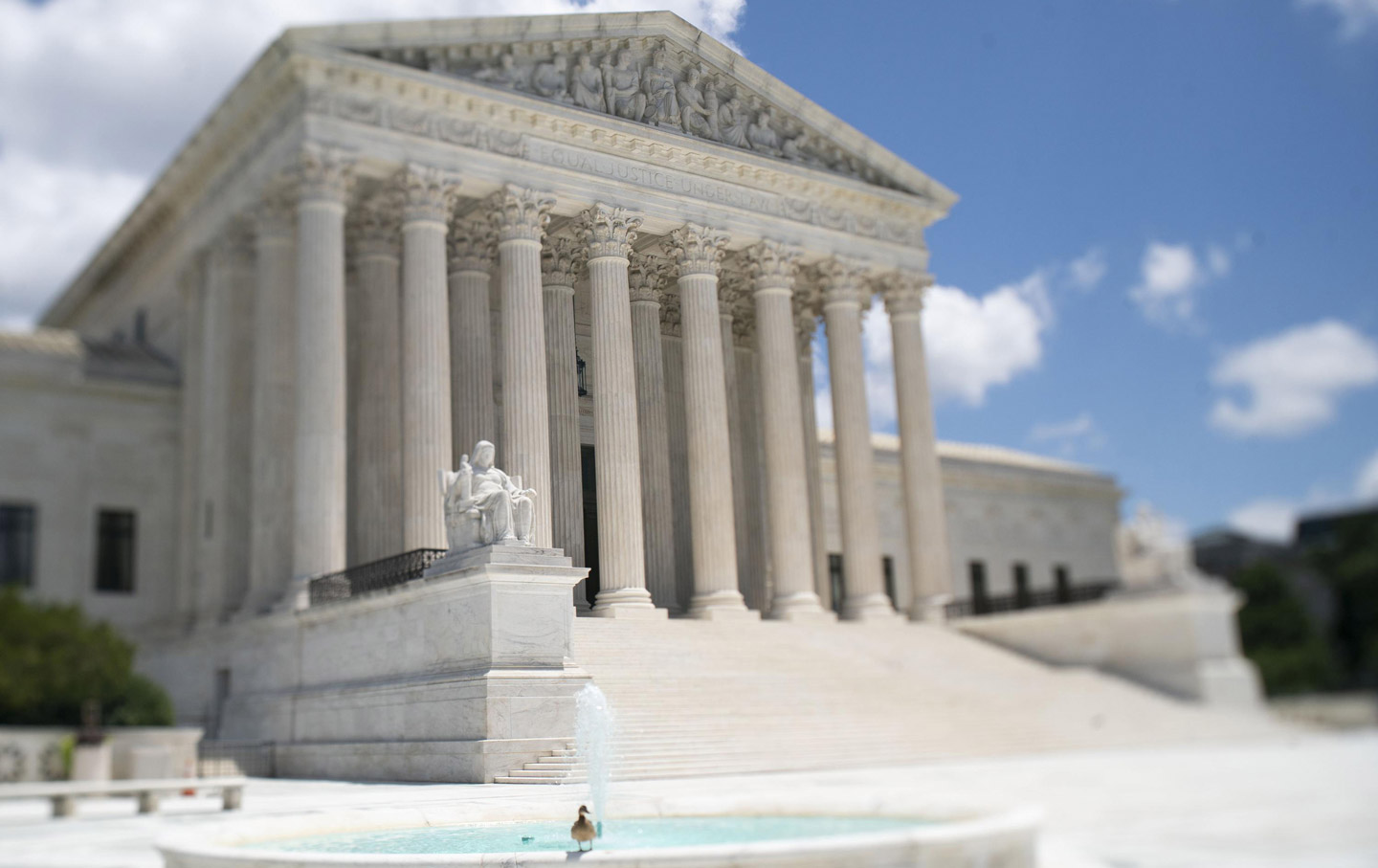 Members of the US Supreme Court need to familiarize themselves with the Constitution of the United States. That document’s 24th Amendment, which was ratified by the states in 1964, eliminated economic barriers to voting by abolishing the poll taxes that had been used to disenfranchise Black Americans. When he witnessed the certification of the 24th Amendment on February 4, 1964, President Lyndon Johnson declared, “There can now be no one too poor to vote. There is no longer a tax on his rights. The only enemy to voting that we face today is indifference.”

Yet on July 16, 2020, the nation’s highest court failed to upend a lower court move that is preventing otherwise eligible citizens with felony records from registering to vote if they cannot afford to pay off old court fees and fines. The Supreme Court’s indifference to voting rights and to the Constitution has the potential to warp election results in a presidential election year where Florida is a critical battleground state because, as the Tampa Bay Times noted, it could “keep hundreds of thousands of poor felons from joining the voter rolls ahead of this year’s elections.”

Justice Sonia Sotomayor, in a stinging objection, wrote that the court’s refusal to prevent Florida’s Republican governor and legislature from blocking voting by those who cannot pay the fees “risks immense disfranchisement” under a scheme in which “nearly a million otherwise-eligible citizens cannot vote unless they pay money.” With support from Justices Ruth Bader Ginsburg and Elena Kagan, Justice Sotomayor describes the law that the high court allowed to stand as “Florida’s voter paywall.”

That paywall will remain in place through Florida’s August 18 primary and could disenfranchise voters in the November 3 presidential election if the conservative US Court of Appeals for the 11th Circuit fails to rule in favor of voting rights after it reviews the matter in late August.

The American Civil Liberties Union refers to Florida’s law as a “new poll tax.” And the fact that it has been allowed to stand by the US Supreme Court—even temporarily—has consequences that extend far beyond the Sunshine State.

Many Southern states adopted poll taxes after the Confederacy was defeated in the Civil War. This meant that even though the 15th Amendment specifically assured that former slaves had the right to vote, they were prevented from doing so by a wealth barrier. Poor whites in the South were also blocked from voting by poll taxes, as were citizens of a number of Northern and Western states. The 24th Amendment put an end to formal poll taxes. But it did not end other forms of disenfranchisement—including laws that prevented people with felony conventions from casting ballots. That was a big issue in Florida, as roughly 10 percent of the state’s adult population was disenfranchised.

Florida, which had long blocked voting by people with felony records, entered the 21st century in 2018, when 65 percent of the electorate approved an amendment to the state constitution that restored the voting rights of Floridians who had completed their sentences. The overwhelming approval of the Voting Rights Restoration for Felons Initiative (Amendment 4) cleared the way for an estimated 1.4 million additional Floridians—including more than 20 percent of otherwise eligible African American adults—to cast ballots in 2020. “By passing Amendment 4, Floridians successfully ushered in the largest expansion of the electorate in nearly 50 years,” noted the ACLU. “The people of Florida did it on their own, using a constitutional ballot initiative to finally achieve change where Florida politicians had failed.”

That unsettled right-wing Republicans in the battleground state, and they moved immediately to erect new barriers to voting. Their vehicle was legislation, passed by the Republican-controlled legislature and signed into law last year by Republican Governor Ron DeSantis, which requires that Floridians pay off all fees and fines associated with past felony convictions before their voting rights are restored. When the measure was put in place, the ACLU determined:

The new law creates two classes of returning citizens: a group wealthy enough to afford their voting rights and another group who cannot afford to vote. But the right to vote should not come with a price tag. Florida’s new law is un-American and unconstitutional.

The law unconstitutionally conditions voting on whether a person can pay monetary penalties associated with their conviction. This barrier to voting is particularly unjust because Florida, along with states across the country, has sharply increased monetary penalties on people in the criminal justice system in order to finance its basic government functions. People often emerge from the system with not just a conviction but mountains of debt that they cannot hope to pay. The charges can include, for example, substantial debt imposed for being appointed a public defender—an assignment made precisely because a person cannot afford counsel. The impacts are especially harsh for people of color given longstanding racial disparities in wealth and poverty. This system of “cash-register justice” places the greatest costs of funding the criminal justice system onto the backs of the people least able to shoulder the burden. And now Florida politicians want to use these debilitating monetary penalties to prevent returning citizens from having any vote in changing that system.

Judge Robert Hinkle of the United States District Court for the Northern District of Florida agreed that the portion of the law that denied voting rights to people with felony records who could not pay fees and fines was unconstitutional. Concluding in late May of this year that Florida’s new poll tax constituted wealth discrimination in violation of the 14th Amendment’s Equal Protection Clause, Judge Hinkle issued a permanent injunction preventing the mass disenfranchisement of voters. Florida officials then appealed to the US Court of Appeals for the 11th Circuit. “On July 1, 2020—over a month after the District Court’s judgment and 19 days before the voter-registration deadline—the Eleventh Circuit stayed the permanent injunction pending appeal,” noted Justice Sotomayor. “The Court of Appeals provided no reasons for its order.”

The 11th Circuit stay upended preparations for Florida’s August 18 primary and, potentially, for future elections. And the Supreme Court let them get away with it. “This Court’s order prevents thousands of otherwise eligible voters from participating in Florida’s primary election simply because they are poor,” argues Justice Sotomayor.

In these contentious times, the Supreme Court’s refusal to intervene on behalf of voting rights sends an exceptionally dangerous signal that no one who cares about democracy should dare to neglect.

Republican proponents of the Florida law, like state Representative James Grant, may claim that describing it as a poll tax is an example of the “partisan tribal crap that’s crippling the country.” But trust the Rev. Dr. William J. Barber II, the architect of the Moral Mondays movement and cochair of the Poor People’s Campaign, when he says of the Florida scheme, “A poll tax by another name is still a poll tax.”