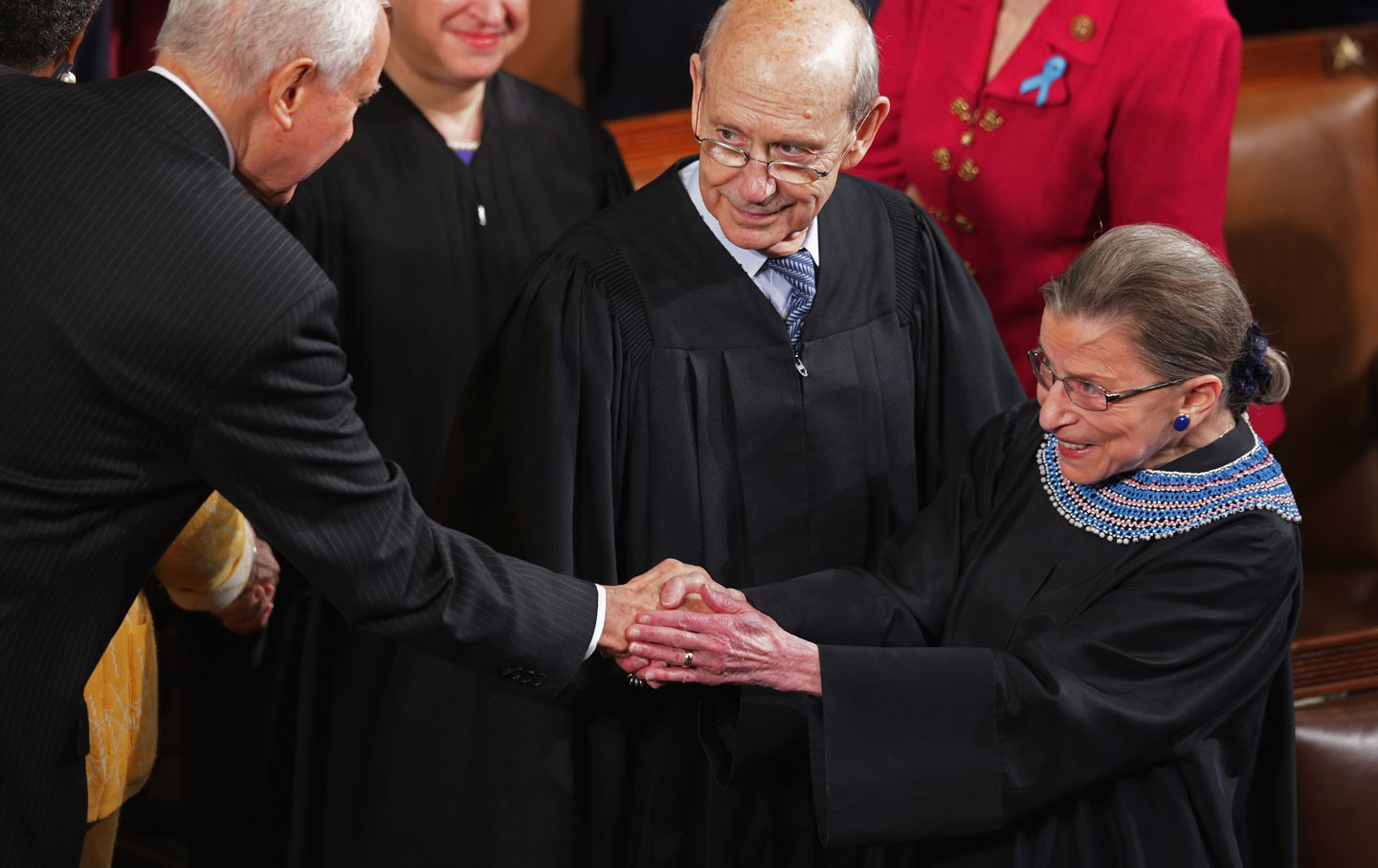 Back in 2013, I defended Supreme Court Justice Ruth Bader Ginsburg’s refusal to listen to leading liberals who said she should retire so that President Obama could appoint her successor. For one thing, I knew, as she argued, that Obama would never appoint anyone as liberal as Ginsburg, a former ACLU attorney. But I also shared her political analysis. As she told The Washington Post at the time: “I think it’s going to be another Democratic president [in 2016]. The Democrats do fine in presidential elections; their problem is they can’t get out the vote in the midterm elections.”

Well, we were both very wrong about that. President Hillary Clinton, alas, didn’t get to appoint her replacement when Ginsburg died last year, just seven weeks before Election Day. Instead, Donald Trump and Mitch McConnell rammed through the ultimate un-Ginsburg, patriarchal anti-choice conservative Amy Coney Barrett. I will not second-guess Ginsburg’s reasoning in 2013, but I do mine. With hindsight, at least, I was wrong. Part of my Ginsburg loyalty sprang from feminist solidarity: In our long history, we’d only had four female justices (two appointed recently by Obama), and in my adult lifetime, I hadn’t witnessed a liberal crusade to get a male justice to step down.

Now I have. A growing number of liberal writers are calling on liberal Justice Steven Breyer to retire to ensure that President Biden can pick his replacement. They’re playing the actuarial lottery, but this time more with Democratic senators than with Breyer, who is a seemingly healthy 82. But if Democrats lose even one of their 80-something stalwarts—Senators Dianne Feinstein or Pat Leahy—they lose their majority. And as Paul Campos argued in The New York Times, six Democrats over 70 come from states where a Republican would get to appoint their Senate replacement. Finally, to borrow from Ginsburg, too often Democrats “can’t get out the vote in the midterm elections.” Twenty eighteen was different, and I hope 2022 will be too, but the president’s party has lost the midterms consistently in my adult lifetime, except for 1998 and 2002. If Biden has to make an appointment in 2023, McConnell will bottle it up forever.

So should Breyer go? It’s complicated. Supreme Court justice has typically been a lifetime appointment, and unless we’re changing the rules for everyone, it’s hard to (informally) change them for a Democrat. And yet the court’s current 6-3 conservative majority is an antidemocratic (small-d democratic) disaster. McConnell stole a nomination from Barack Obama, refusing to even hold hearings on (now Attorney General) Merrick Garland, making up a nonsense rule that a SCOTUS nominee shouldn’t be confirmed while a presidential election was underway. Then he stole Ginsburg’s seat seven weeks before Joe Biden’s election, while Americans were already voting. Democrats have to start playing tougher. Much tougher.

It’s also worth noting here that Biden has promised to appoint a Black woman to the next open seat (something civil rights advocates urged Obama to do when he appointed Garland). And that promise also hangs in the balance if, God forbid, he can’t get a nominee confirmed. There are some excellent choices, from federal district court judges J. Michelle Childs of South Carolina, Georgia’s Leslie Abrams Gardner, and Washington, D.C.’s Katenji Brown Jackson. California Supreme Court Justice Leondra Kruger could be an interesting choice. Then there are women outside the confines of courts, like Sherilynn Ifill, president of the NAACP Legal Defense Fund—she’s only its seventh president since Thurgood Marshall, the first Black Supreme Court Jjustice, a symmetry that’s stirring—and NYU’s Melissa Murray. Of course, there are many more.

One issue Biden will confront in making his eventual choice is the lack of Black women on the federal bench, at both the appeals and district court level. Only five black women are now on US appeals courts, from which 11 of the last 12 SCOTUS nominees have come, NBC reported last week, and all of them will be 68 or older this year. (The next Democratic nominee ought to be on the bench at least as long as 49-year-old Coney Barrett.) There are only nine Democrat-appointed Black women under 55 at the district court level, all appointed by Obama. “African American women comprise just 5 percent of the federal judiciary—a share that was even smaller before Obama’s presidency,” writes NBC’s Sahil Kapur. 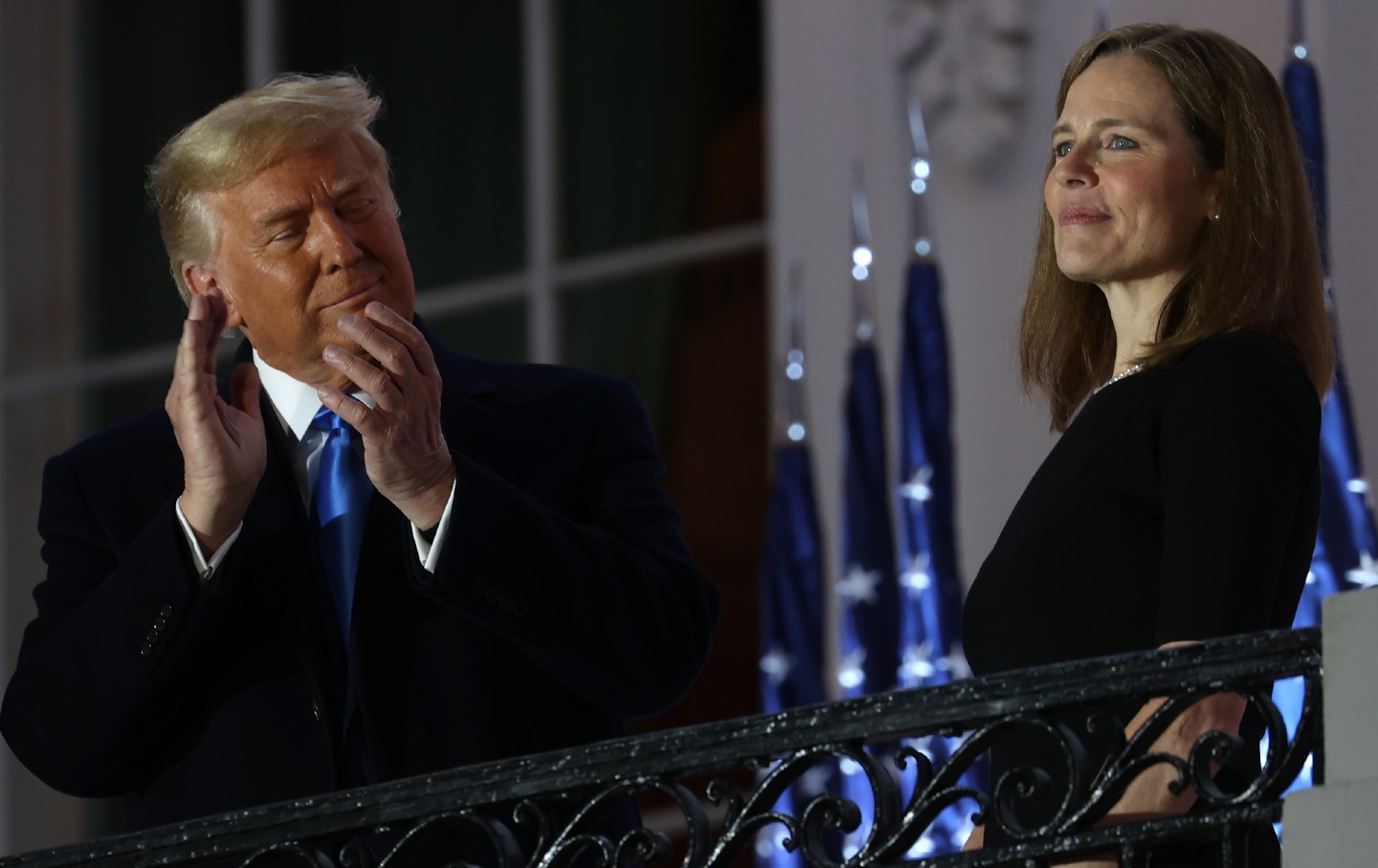 Democrats Must Keep Their Eyes on the Supreme Court

Biden has to address that, urgently, as he fills vacant federal court seats. If he does, Black women will be on all presidents’ Supreme Court shortlists—unless they’re a racist sexist. Or a Trump Republican, the party’s base.

The president can and will find an innovative and inspiring Black woman for the Supreme Court. The question is whether he will get the chance. Twenty twenty-two looms large; I hate to say it, but our Senate gerontocracy looms large too. History tells us older senators get sick and die (Ted Kennedy was a sad example, with major political ramifications; so was John McCain); younger senators die in unexpected tragedies (who knows where Paul Wellstone would be in Senate leadership today?). I hate to be morbid, but a 50-50 tie only broken by Vice President Kamala Harris is a fragile thing. Dianne Feinstein is 87, Pat Leahy 86, Bernie Sanders 79; an additional dozen or so Democrats are over 70. Nothing is promised to any of us. But that’s even more true for the Democrats’ frail majority.

So I come down, gently, on the side of: Please retire, Justice Breyer. It’s a heroic thing to do right now. But also: Please, older senators, find some hobbies and retire ASAP, or just don’t run again. We can’t have the government we voted for hanging on the health of a handful of people. And in case you haven’t noticed yet, there are some inspiring young folks that need to get out from under that gray ceiling.