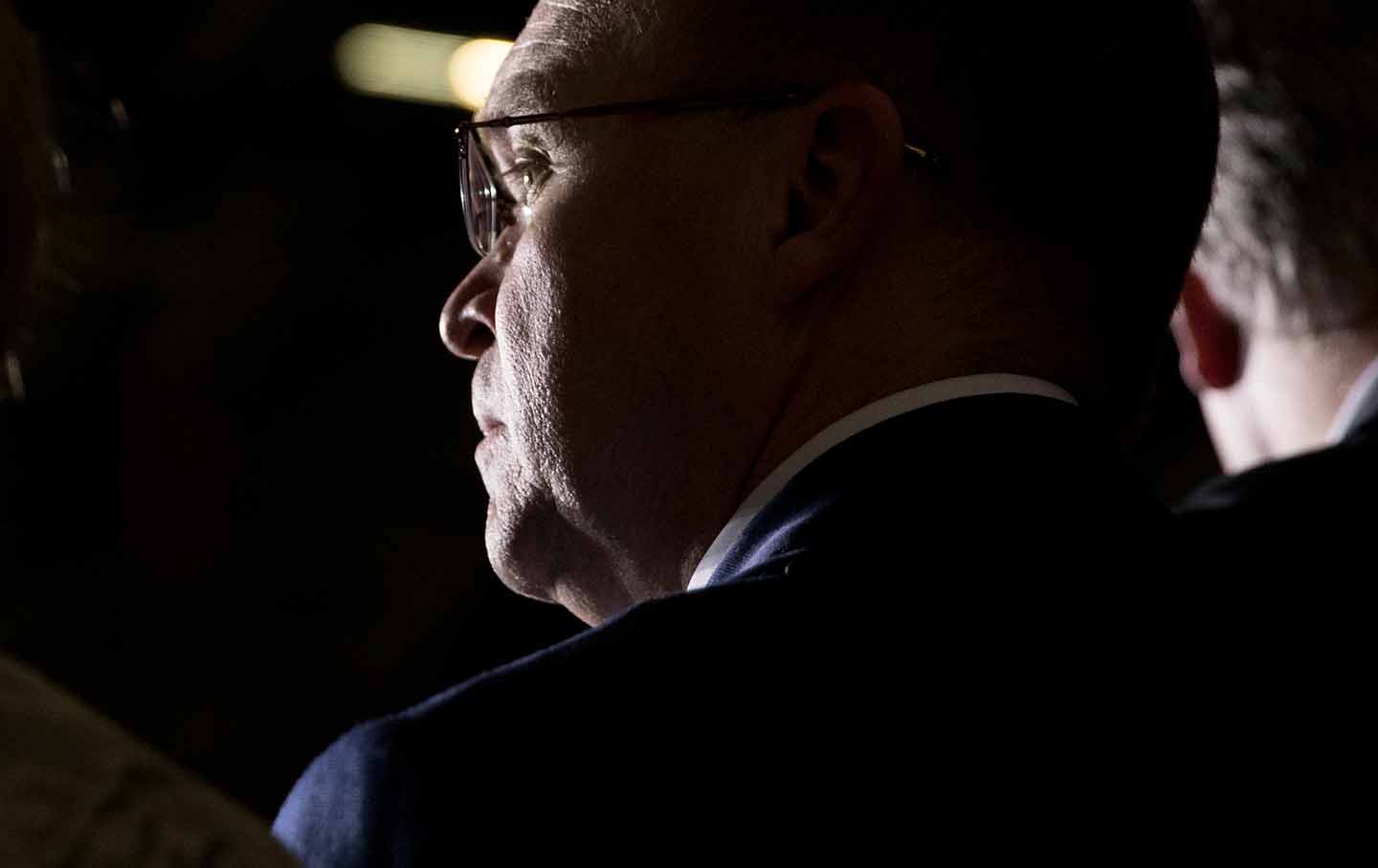 I would like to see Congress and/or cabinet officials get rid of Donald Trump ASAP, whether by impeachment or using the 25th Amendment. Neither is likely to happen, especially now that the House and Senate have been sent home by their leadership. That’s a dereliction of duty, in my opinion. But for now, some administration officials are attempting to demonstrate their integrity by resigning. For most, it’s too little too late. (That’s for you, Transportation Secretary Elaine Chao, who happens to be the wife of Senate majority—soon to be minority—leader Mitch McConnell.)

Mulvaney tried to salvage his political career by leaving his post as Trump’s special envoy to Northern Ireland early Thursday morning, with a CNBC interview that turned into a pathetic pity party. “I called [Secretary of State] Mike Pompeo last night to let him know I was resigning from that. I can’t do it. I can’t stay.” He tried to take a victory lap nonetheless: “We didn’t sign up for what you saw last night,” Mulvaney told Andrew Ross Sorkin. “We signed up for making America great again, we signed up for lower taxes and less regulation. The president has a long list of successes that we can be proud of. But all of that went away yesterday, and I think you’re right to ask the question as to ‘how did it happen?’”

How did it happen, Mick? People like you enabled this fascist white supremacist. But you’re the real victim? Apparently.

“The folks who spent time away from our families, put our careers on the line to go work for Donald Trump, and we did have those successes to look back at, but now it will always be, ‘Oh yeah, you work for the guy who tried to overtake the government,’” Mulvaney whined. “That legacy is gone as of yesterday and that’s extraordinarily disappointing to those of us who work for him.”

Impeach—and Hold the Articles, if Necessary—Is the Right Way Forward

How Georgia Made Senate History

The Georgia Senate Runoff Races Are Too Wild to Call

The same way that law enforcement must get to the work of rounding up—and prosecuting—the deplorables who posted their crimes against democracy on social media yesterday, the media must call out these sad right-wingers belatedly trying to save their careers. On Thursday morning former Pennsylvania GOP representative Charlie Dent eviscerated Mulvaney on CNN, remembering when the South Carolina congressman tried to amend a bill to make it easier to fly the Confederate flag in veterans’ cemeteries. Dent, whose district wasn’t far from Gettysburg, says he told Mulvaney, “We won that damn war. The answer is no.”

Mulvaney opposed Trump in 2016, calling him “a terrible human being,” but then went to work for him anyway. He is implicated in most of Trump’s worst excesses, giving the order to pause aid to Ukraine while the president attempted to extort the country’s leaders to announce a sham investigation into the Biden family.

You saw a lot of yellow Gadsden flags in the Capitol takeover Wednesday—the coiled snake with the “Don’t Tread On Me” slogan—which should have been a reminder to media and others that this sedition has its roots in the Tea Party that lifted Mulvaney to power. A lot of us were criticized, more than a decade ago, for noting that movement’s deep strain of racism; it was a media default to depict it as a reaction to excessive government spending under Barack Obama. When deranged Arizona Representative Paul Gosar held a ceremony to honor a Gadsden flag given to him by a Yuma County Tea Party group in 2013, the only congress member to join him at the ceremony was… South Carolina Representative Mick Mulvaney.

The yellow flags out there yesterday should remind us that Tea Partyers like Mulvaney were instrumental in the rise of racist Trumpism, and we should never let him off the hook for that. Even if he pretends to be appalled by the entirely predictable violence in the Capitol on Wednesday.