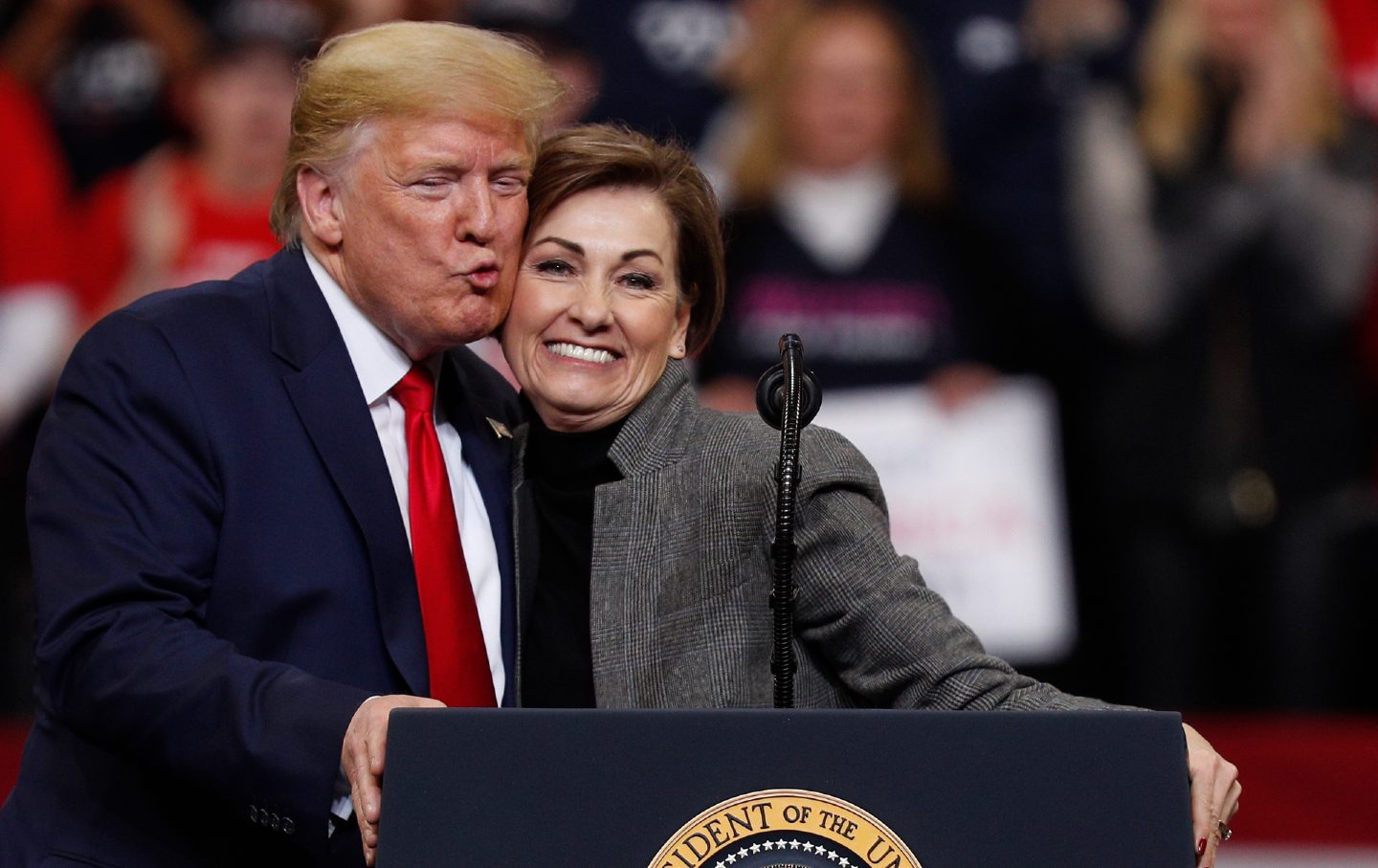 Winterset, Iowa—This weekend, Iowa began reopening 77 of its 99 counties, despite having some of the fastest-growing outbreaks of Covid-19 in the United States. According to The New York Times, the Sioux City metro area has the highest number of new confirmed cases per 1,000 residents in the country, largely due to the area’s meatpacking plants. Sioux City is in Woodbury County, which has 1,323 of Iowa’s 10,404 confirmed cases of Covid-19 as of this writing and wasn’t allowed to begin reopening.

Next door, however, is Ida County: a quieter place with about 7 percent of Woodbury County’s population and no confirmed cases of Covid-19. In fact, none of the five counties bordering Woodbury County have even 100 confirmed cases, but Iowa Governor Kim Reynolds has just provided incentive for the people of Woodbury County, and other counties with high infection rates, to travel to these more rural counties, by allowing the opening of their restaurants, fitness centers, malls, and other establishments as long as they operate at half capacity and follow some social distancing guidelines. And with Iowa’s geography, that situation isn’t uncommon. Polk County is home to another of the country’s fastest-growing outbreaks, with 1,875 confirmed cases, and it was also forced to remain closed. But it’s not hard to imagine some of its residents heading south to Warren County or north to Story County, both of which were allowed to open, with only 67 cases between them. Given the frequency of asymptomatic cases, it’s also not hard to imagine some of those visitors accidentally bringing the virus with them.

At her daily coronavirus press briefing on Monday, Reynolds claimed that her response to the pandemic isn’t political—though evidence would suggest it isn’t rooted in science, either. Reynolds ignored a report from the University of Iowa College of Public Health warning that Iowa hasn’t yet hit its peak and that ending mitigation efforts too soon would likely result in a second wave of cases. National models also projected an increase in deaths as states begin reopening. Early in April, the Iowa Board of Medicine and Iowa Medical Society both sent letters to Reynolds asking her to issue a shelter-in-place order. Instead, Reynolds relied on a rubric dividing the state into six regions and scoring each region on a 12-point scale. Scores ranged from zero to three in four categories: percentage of population older than 65, percentage of identified cases requiring hospitalization, infection rate per 100,000 population in the past 14 days, and the number of outbreaks at long-term-care facilities. A region would have to score a 10 or higher for a stay-at-home order to be implemented.

Reynolds has been a perfect Trumpian model throughout the pandemic, never issuing a stay-at-home order, temporarily banning abortions by declaring them nonessential surgeries, and even parroting Trump’s line that sunlight could be what we need right now. And as she follows Trump’s calls to begin reopening the country, Iowa Workforce Development is using the move as a way to strip people of their unemployment benefits—even as Republicans at the federal level seek protections for the employers who will force these people to go back to work. On Monday, the Institute for Health Metrics and Evaluation updated its prediction of how many Iowans will die of Covid-19 by August 4, increasing the total by about 1,000. But testing is still limited in the state, and it’s unclear if Iowans will ever know the true impact of Reynolds’s decision. On a tip from Cedar Rapids native Ashton Kutcher, she signed a $26 million contract with a Utah-based health software company whose tests, according to new reporting by The Salt Lake Tribune, show a positive result for Covid-19 less than half as often as those of other companies.

Republicans have posited a false dichotomy during the pandemic: Save lives or save the economy. It shouldn’t have to be said, but mass death is bad for economies. In a survey of economists from the Initiative on Global Markets, the vast majority agreed: “Abandoning severe lockdowns at a time when the likelihood of a resurgence in infections remains high will lead to greater total economic damage than sustaining the lockdowns to eliminate the resurgence risk.” Sending people in the most financially precarious situations back to work in unsafe conditions isn’t just cruel and dangerous. It also threatens to erase any gains workers have made toward a functioning social safety net over the past two months. But when workers realize how much really depends on their labor, they become more powerful. They can make demands, and they’ve started to do so. The choice isn’t between public health and the economy; it’s between keeping workers safe and keeping capitalists rich, and Reynolds and Trump, among other GOP leaders, have made it very clear which side they’re on.

Thankfully, activists in Iowa aren’t staying silent. Iowa Student Action recently won a tuition freeze worth $6.5 million for Iowa students, and Iowa State student Alexa Rodriguez reflected on the victory with a perspective that can be applied to so many victories workers and students have won in the past month: These institutions have always had the power to protect the working class, students, and people of color who have been harmed at disproportionately high rates not only by the pandemic but by the structure of our education, health care, and economic systems as well. They have actively chosen not to help. Reynolds and the GOP are trying to make people feel powerless so they can continue exploiting them, but victories like Iowa Student Action’s prove it doesn’t have to be that way.