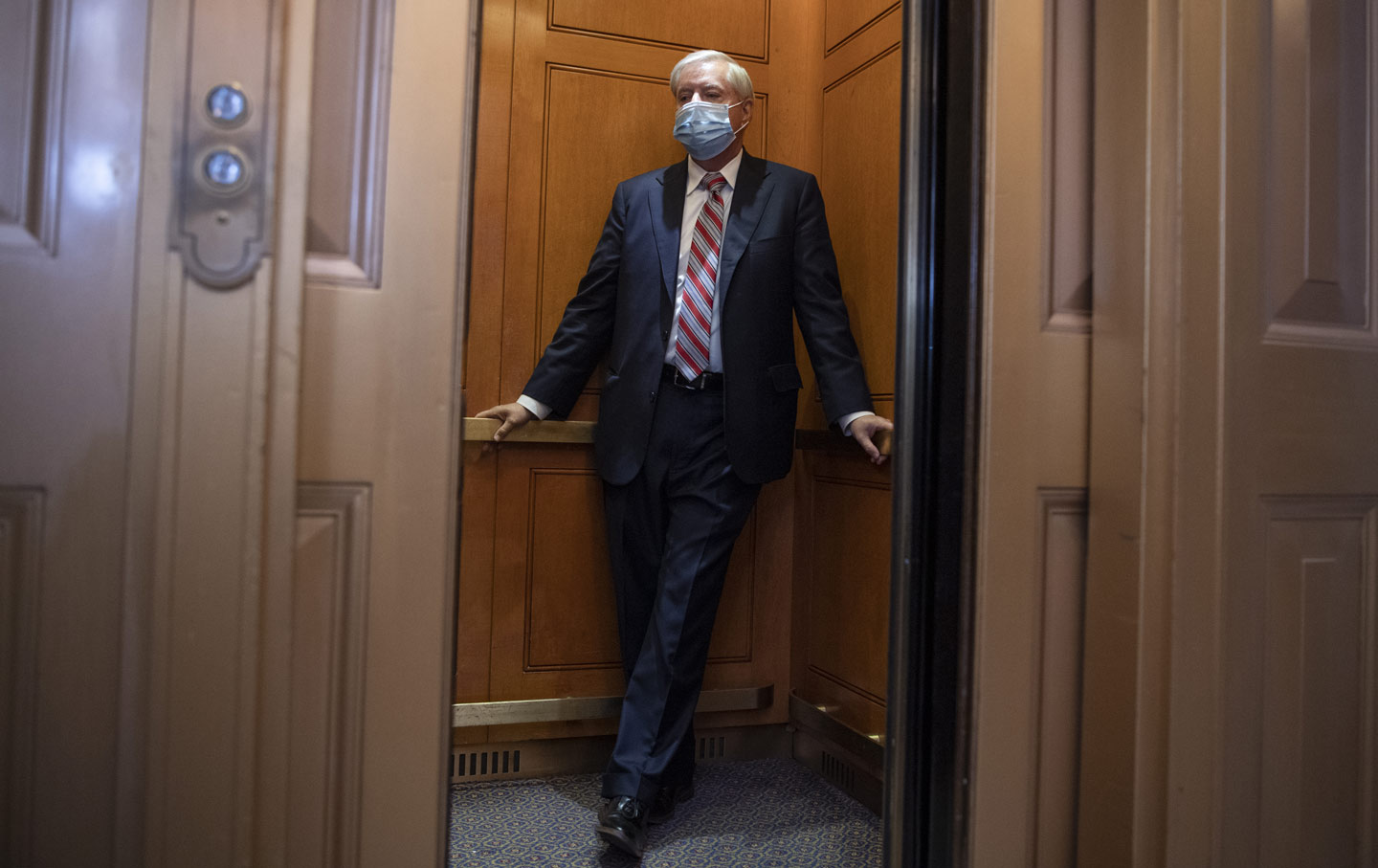 South Carolina Senator Lindsey Graham is a juror in the impeachment trial of Donald Trump—and a witness with firsthand knowledge of one of the highest crimes committed by the former president on January 6.1

Even as the ranking Republican member of the Senate Judiciary Committee now tries to defend his partisan ally, Graham’s past statements indict the president. In interviews he gave immediately following the violent attack on the Capitol by the crowd Trump incited to insurrection, the senator recalled conversations with people at the White House on the day of the riot that suggested Trump was slow to react to the crisis and saw the rioters as his “allies.”2

The record of what he has already said suggests that in the unlikely circumstance that he is called as a trial witness, Graham could confirm the description by the impeachment managers of “an extraordinary, unprecedented repudiation of the President’s duties to protect the government.”3

Needless to say, Graham would not be a friendly witness for the prosecution. But were he compelled to testify truthfully under oath—there’s guidance to be found in the 1868 Senate Impeachment Rules, which state, “If a senator is called as a witness he shall be sworn and give his testimony standing in his place”—this particular senator would be a damning witness against Trump.4

There is, of course, only a slim chance that any witnesses will testify in this expeditious trial. Lead impeachment manager Jamie Raskin (D-Md.) tried to get Trump to testify. Trump refused. If a decision is made to seek testimony from others, however, inviting Graham would be a compelling gambit. Calling the senator to testify would be more than a “long bomb” strategy aimed at jarring Republican senators out of their partisan stupor—although that would be helpful. Testimony by Graham would highlight Trump’s starkest betrayal: a refusal to act to quell the violence on January 6 because, as multiple accounts attest, he was enthusiastic about the disruption of an electoral vote count that would end his presidency.5

Prior to the opening of this week’s trial, discussion of the case against Trump focused on the fighting words the former president employed before January 6 and in his speech that day to the angry mob that stormed the Capitol. But Raskin and his fellow managers have wisely paid attention to what their brief describes as “President Trump’s Dereliction of Duty During the Attack.”6

The impeachment managers amplified that line of attack on Wednesday and Thursday. “In the first crucial hours of this violent attack, he did nothing to stop it, nothing to help us,” Rhode Island Representative David Cicilline said of Trump. Texas Representative Joaquin Castro said, “How simple would it have been to give a simple command, stop, leave? This was a dereliction of duty, plain and simple.” Raskin closed the prosecution’s case on Thursday by asking, “Why did President Trump not tell his supporters to stop the attack on the Capitol as soon as he learned of it? Why did President Trump do nothing to stop the attack until two hours after it began?”7

“Unprecedented Repudiation of the President’s Duties”

The managers were anticipating arguments by Trump’s lawyers—who will begin their defense on Friday—that the president should not be held to account for his seditious plotting and incendiary language. Raskin and his team understand that cynical Republican senators are preparing to claim that they must acquit Trump because the former president was simply expressing his opinion when he told supporters to “fight like hell” to overturn the results of the 2020 election.8

But how can even the most cynical of those senators make excuses for Trump’s failure to use the power of his office, and his bully pulpit, to address the violence once it began? That failure is spelled out in the trial brief:9

As armed insurrectionists breached the Capitol—and as Vice President Pence, the Congress, and the Capitol Police feared for their lives—President Trump was described by those around him as “borderline enthusiastic because it meant the certification was being derailed.” Senior administration officials described President Trump as “delighted” and reported that he was “walking around the White House confused about why other people on his team weren’t as excited as he was as you had rioters pushing against Capitol Police trying to get into the building.” These feelings were reflected in President Trump’s actions (and inactions) over the following hours, which reveal an extraordinary, unprecedented repudiation of the President’s duties to protect the government.10

In particular, the brief notes, “not only did President Trump fail to issue unequivocal statements ordering the insurrectionists to leave the Capitol; he also failed in his duties as Commander in Chief by not immediately taking action to protect Congress and the Capitol. This failure occurred despite multiple members of Congress, from both parties, including on national television, vehemently urging President Trump to take immediate action.”11

In their reply to the brief, Trump’s lawyers claimed that he “took immediate steps to coordinate with authorities to provide whatever was necessary to counteract the rioters,” and that he, “like the rest of the Country, was horrified at the violence.”12

Even by the low standards of the Trump team’s brief, that’s an absurd claim. Yet its insertion in the document—as a footnote to a broader claim that the House managers relied on “sensationalized media reports” to sustain their argument that “President Trump’s conduct on and after January 6 exacerbated the continuing threat of violence following the assault on the Capitol”—provides an opening for the impeachment managers to spell out the evidence of the former president’s deliberate delinquency.13

The fact is, despite what his lawyers may suggest, Trump failed to respond with the urgency and concern that were required by the chaos he had unleashed—and that is demanded of a commander in chief. We know that not from “sensationalized media reports” but from the man who was still serving as the chair of the Senate Judiciary Committee on January 6, 2021. When the Senate reconvened after the attack, Senator Graham described what had occurred that day as “a dark chapter of our history.” Then he told the chamber:14

Trump and I, we’ve had a hell of a journey. I hate it to end this way. Oh my God, I hate it. From my point of view, he’s been a consequential president. But, today, first thing you’ll see: All I can say is a count me out. Enough is enough.15

On January 7, Graham discussed Trump’s speech from the previous day, telling a press conference, “When it comes to accountability the president needs to understand that his actions were the problem, not the solution.”16

But the South Carolinian’s most damning statements came in an interview with The Washington Post, which appeared on January 11. Graham recalled trying to reach the president on the afternoon of January 6. He spoke of calling Ivanka Trump, hoping that she could get through to her father and get him to tell the mob to stand down. As an ardent ally of the president, a onetime rival who had gone on to defend Trump, he admitted, “It took him a while to appreciate the gravity of the situation. The president saw these people as allies in his journey and sympathetic to the idea that the election was stolen.”17

“It took him a while” is an understatement. We know that as images of the violence at the Capitol flashed across the television screens he was watching, the president was still tweeting incitements. We know that, despite Utah Senator Mike Lee’s objections to the details being entered into the trial record, Trump mistakenly dialed Lee when he was trying to reach one of his key allies in the fight to overturn the election results, Alabama Senator Tommy Tuberville. We are told that Trump had to be urged by family members and aides to tweet even a mild encouragement for the rioters to respect the peace and that he had objected to urging his supporters to “stay peaceful.” We know that, five hours after the Capitol was attacked, when the seat of government lay in shambles and media reports were detailing death and injuries, Trump tweeted, “These are the things and events that happen when a sacred landslide election victory is so ­unceremoniously & viciously stripped away from great patriots who have been badly & unfairly treated for so long.” After telling the rioters they could now go home, Trump concluded, “Remember this day forever!”18

Perhaps most importantly for purposes of this trial, we know that Trump had to be pressured to make even the most convoluted and ineffectual calls for an end to the violence.19

How do we know? Because Graham says he spoke with Ivanka Trump as she and other advisers had gone to the Oval Office to try to get the president to do the right thing. Speaking of aides who were with Trump that day, the senator said, “They were all trying to get him to speak out, to tell everyone to leave.” And Graham says the former president saw the rioters as “allies in his journey”?20 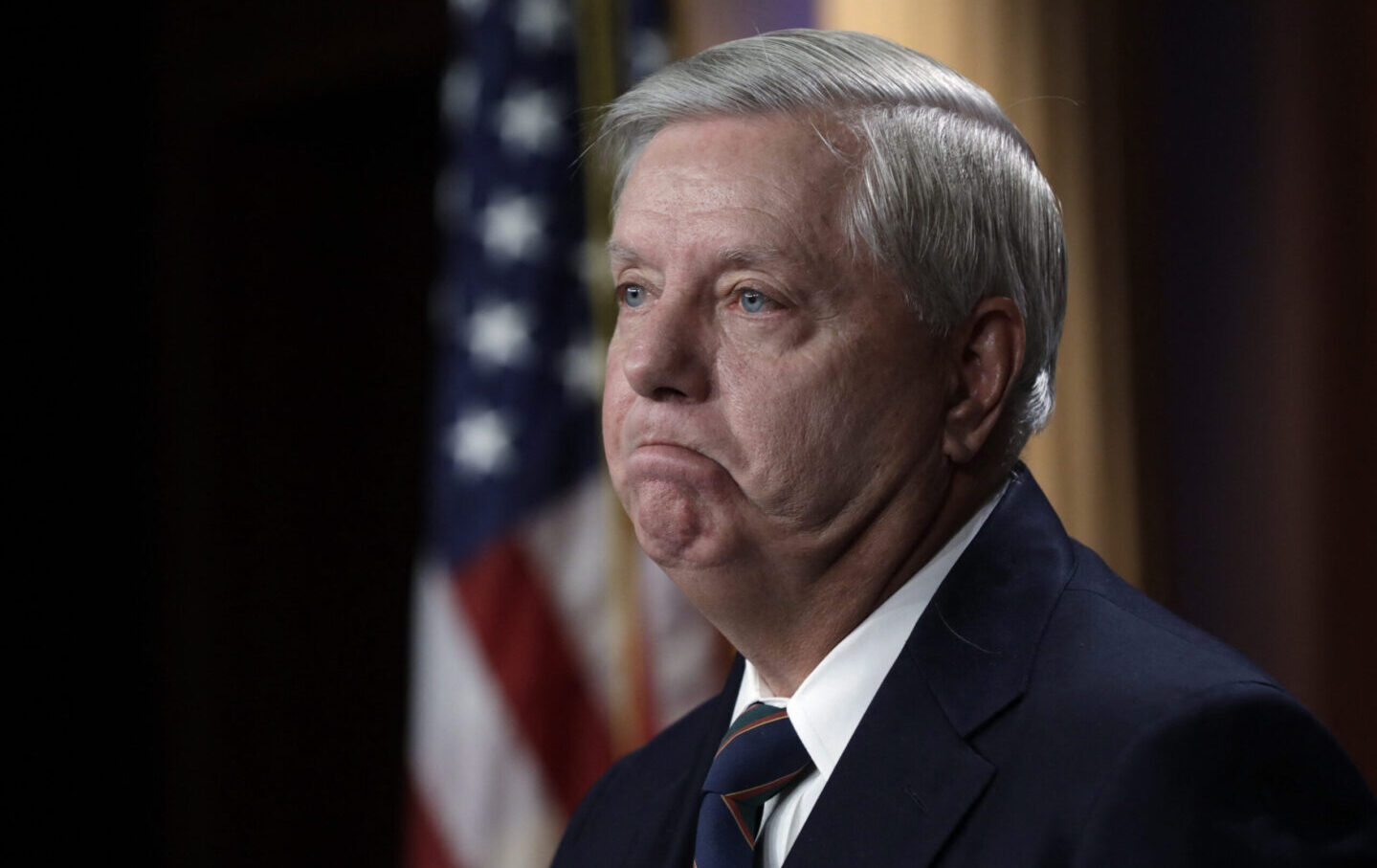 Graham is not the only witness who can confirm Trump’s guilt. There are plenty of others. But the senator from South Carolina is readily available. He’s in the chamber.21

Graham would, as noted above, be a hostile witness. On Wednesday, after masterly presentations by Delegate Stacey Plaskett (D–Virgin Islands) and others, the senator shamelessly claimed, “The ‘Not Guilty’ vote is growing after today. I think most Republicans found the presentation by the House Managers offensive and absurd.” That characterization of the presentation was false. As a sworn witness, however, Graham might have a harder time avoiding the truth. And the truth is clear. As Representative Joaquin Castro explained in his chilling remarks to the Senate, “On January 6, President Trump left everyone in this Capitol for dead.”22