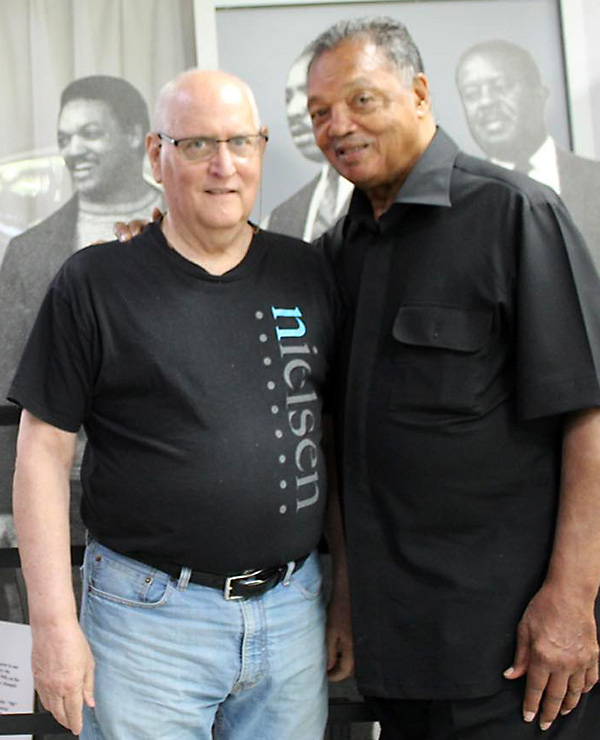 The Rev. Frank Edward Watkins, a tremendous activist and a wonderful human being, died on September 16, one day shy of his 80th birthday.

Frank was one of those people whose name many don’t know but who had a profound impact on our politics. Most prominent as a political strategist and collaborator with the Rev. Jesse Jackson during the latter’s 1980s campaigns for the Democratic presidential nomination, Frank was a son, servant, thinker, writer, strategist, mentor, minister, teacher, organizer, commentator, athlete, friend, educational benefactor to countless folks who needed help—and a teetotaler.

He was an avid Chicago Bulls fan and lifelong St. Louis Cardinals fan. If you visited his D.C. apartment, you were greeted by a life-sized cutout of Michael Jordan and a basketball signed by many players from the 1991 championship team. One of his favorite moments was getting his mom a Cardinals jersey with her name and the number 100 for her 100th birthday.

Frank was the only son of working-class parents, John Franklin Watkins and Mollie Ruby Fowler Watkins. They met at the First Church of God in north St. Louis. He didn’t talk a lot about his father, but he often mentioned his mom, whom he cared for and adored till the last day of her 106 years.

To know Frank is to know he was his mother’s son. Ruby was one of six children of a sharecropper. She began working in the fields when she was 5 or 6 years old, picking cotton, corn, and watermelons in Missouri and Arkansas. She went to school in the off-season in a one-room schoolhouse and graduated from the eighth grade in Nimmons, Ark.

Ruby often said, “They say Arkansas is the ‘Land of Opportunity’, and the first opportunity I got, I left.” At 15, she headed to St. Louis and got a job at Carter Carburetor during World War II making $12 a week; she worked there for 19 years.

“I didn’t grow up in a political household,” Frank said. “My parents registered and voted for the first time in 1960—because I made them. I strongly recommended that they vote for Kennedy, and I think they did. I couldn’t vote in 1960 because the 26th Amendment lowering the voting age to 18 wasn’t added to the Constitution until 1971.”

Frank graduated from O’Fallon Technical High School in 1961 as a star athlete. His ambition was to be a professional baseball player. The Philadelphia Phillies even offered him a scholarship. But then Anderson University informed him that retired Los Angeles Dodgers star pitcher Carl Erskine had been named baseball coach there, so he changed his mind.

He played baseball, football, and basketball at Anderson. He recalled in an alumni profile, “Even in my sophomore and junior years I still wanted to play professional baseball. But because of the college and the influence it had, I began to think seriously about what I wanted to do with my life. Suppose I don’t make the big time—then what am I going to do?” That led him to the ministry.

Frank graduated with a degree in sociology. Three years later, in 1968, he received his master of divinity degree. It was at seminary that he started thinking about “politics from a moral and theological point of view.”

“You can feed hungry people for the rest of your life and not do as much good or as much damage as one of 535 senators and congressmen sitting in Washington and voting,” said Frank. “They affect the feeding of hundreds of millions of people. I realized that if you’re going to affect the lives of people, then you have to deal with the structures. You do that through politics.”

While in college Frank participated in “taking over a class from the professor at the conservative seminary and putting together the curriculum around Tillich, Barth, Kierkegaard, Whitehead and other radical biblical scholars and theologians.” He participated in the anti-war and workers’ rights movements and got his first arrest for engaging in nonviolent protests. That activism is probably why five churches rejected his application to be their preacher.

Hurt by those rejections, he moved to Chicago and became a pastor in a storefront ministry on “Skid Row.” In May 1969, at 30, he volunteered for Operation Breadbasket. There—a little more than a year after the assassination of Martin Luther King Jr.—he met the 31-year-old Jesse Jackson. The two became allies and friends from that point on, as well as competitors on the basketball court.

Jesse hired Frank on the day Operation PUSH (People United to Save Humanity) was founded, December 25, 1971. He started off as the suburban coordinator, “organizing white folks in the Chicago suburbs.”

About those early days, Frank said, “We were doing hunger programs and food distribution centers, so to raise money I would get suburban churches and synagogues to donate food to the food pantries. Making hunger illegal was one of our priorities—that’s how I got into politics.”

Frank worked with Jackson on a voter registration and political education/agitation project around presidential elections called Third Force, and encouraged Jesse to run for president. He worked through Jesse’s 1984 and ’88 campaigns and the founding of the Rainbow Coalition (later Rainbow/PUSH) as national campaign press secretary, political director, and policy director.

Frank helped write or edit not only some of Jackson’s most memorable speeches but also several of Jackson’s books: Keep Hope Alive, Straight From the Heart, and Legal Lynching: Racism, Injustice and the Death Penalty (cowritten by Jesse Jr.) Frank was also a source for countless books and articles written about Jackson and progressive and Democratic Party politics.

In the 51 years he worked with Jackson he never minded being behind the scenes. He preferred it that way. He said, “We have the same goals, but we play different roles.”

As a speech writer, he said his proudest moment was in 1984 when he stood on the floor of the Democratic National Convention in San Francisco listening to Jackson deliver a speech he had helped write; he felt similar pride when Jackson delivered his 1988 convention speech in Atlanta, likening the Rainbow’s social movement coalition campaign to a quilt, whose beauty and integrity depend on the unity of its diverse “patches.”

I was South Carolina coordinator for Jackson’s ’88 presidential campaign. Frank and Steve Cobble, our national delegate coordinator, had the job of guiding an inexperienced, wannabe radical.

Jackson won the state caucus, and we controlled 64 percent of the delegates at the state convention. Frank gave me two tasks: to push state party leaders into naming a Black chair, and to choose delegates to the national convention who reflected our coalition. He and Steve told me that the most important thing when selecting a delegate was to make sure the person pledged to support Jackson at the convention until he released them.

Black elected officials and white party leaders fought us at every turn. Neither Black nor white state leaders wanted to cede power to Jackson’s coalition at any level.

We lost out on the first task. (Jaime Harrison became the first African American chair of the South Carolina Democratic Party in 2013.) On the second task, the South Carolina Legislative Black Caucus members all angled to be chosen. I asked them, “Will you support Jackson until he releases you?” Most said no. State Senator Kay Patterson went public, declaring, “Hell no! Jesse Jackson ain’t gonna be president.” I rejected all of the Black Caucus members. They called the national headquarters to get me fired. Problem was, they called Frank, and Frank had my back.

Obviously, Jackson didn’t win the nomination. Yet a measure of success was a rules change that ended the winner-take-all system in Democratic presidential primary races, giving future insurgent campaigns a fighting chance. When Ron Brown, who led Jackson’s ’88 convention team in Atlanta, was elected chairman of the DNC in 1989, I thought the corporate Brown’s accession would lock progressive activists into a corporate party. Frank, a devotee of his fellow St. Louisan Democratic Socialist Michael Harrington, saw politics as a constant struggle and spoke of the “left wing of the possible.”

Frank also served as campaign manager for Jesse Jackson Jr.’s successful congressional race in 1995, worked as his communications and policy director for 17 years, and co-authored A More Perfect Union.

He ran Al Sharpton’s 2004 campaign for president for a little while—until Sharpton embraced GOP trickster Roger Stone, along with his money and operatives. “I said we should have nothing to do with this ultra-right-wing sleazeball,” Frank said. When Frank died, he still had never been paid by Sharpton; among his papers are numerous unanswered letters challenging the reverend on his legal and moral responsibilities: “‘for the laborer is worthy of his hire’.… I joined your effort in 2004 because I believed that’s what your presidential campaign was about—lifting the lives and conditions of the poor. My professional training and my life’s work is a witness to my faithfulness to that ministry.”

He liked to quote Cornel West: “Justice is what love looks like in public.”

Frank was a model for all of us in the fight for justice. I’ll miss him terribly.

Before his death, Frank set up a fund to bolster a public education and lobby campaign to expand voter rights and push for a constitutional amendment guaranteeing the right to vote, issues on which he had been working tirelessly. Those wishing to advance these goals may send a donation to: The Trust of Frank E. Watkins, P.O. Box 70925, Washington, D.C. 20024.