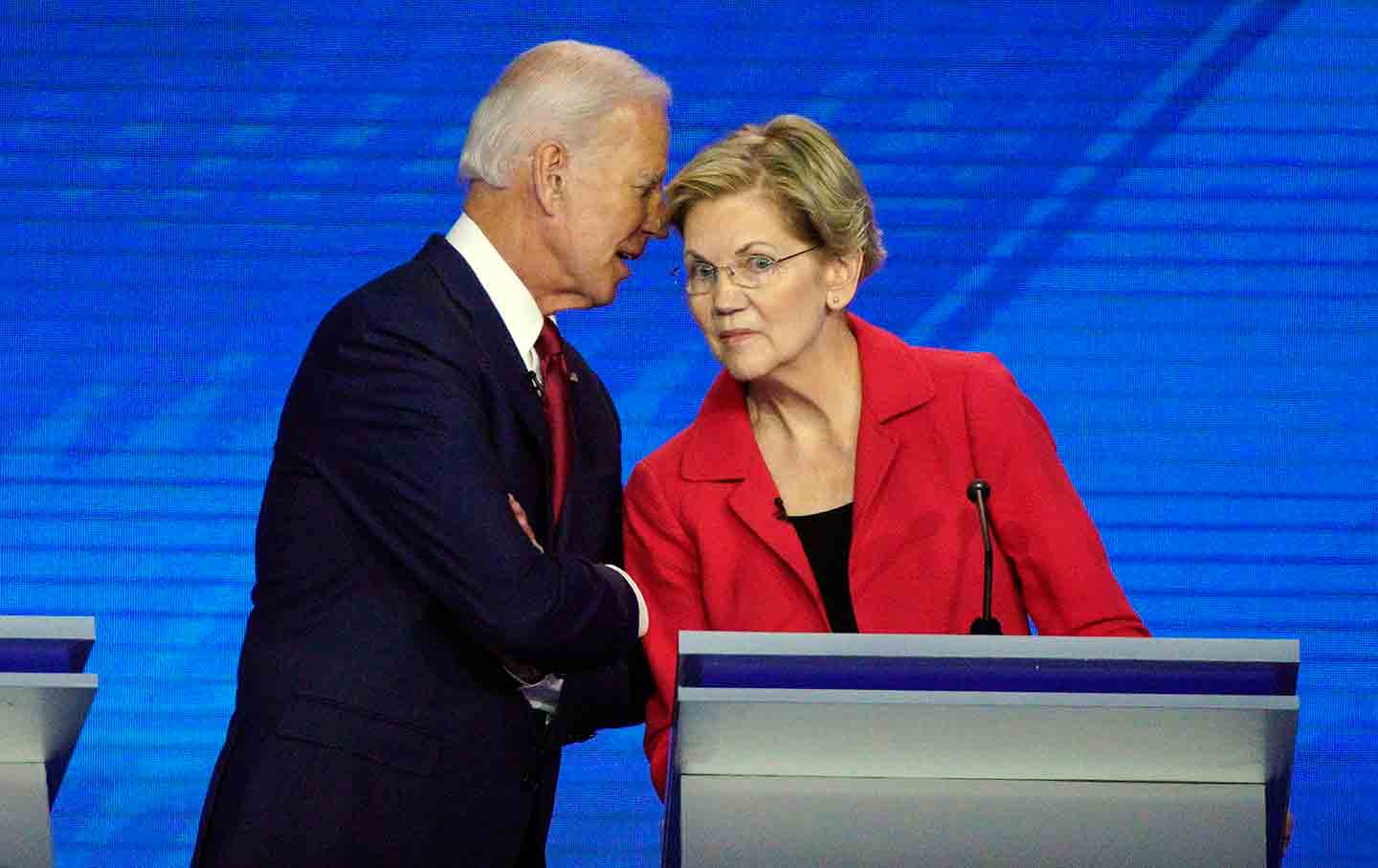 I honestly don’t have one. And I acknowledge: Biden might pick someone else who is equally good, or better. Or worse. I’m terrible at VP prognosticating. I mostly don’t try.

But I know that Warren and Harris are serious picks who meet Biden’s widely reported top qualification: that they can be president on day one (or any other day the then-78-year-old president needs them). I followed Warren on the campaign trail last year and this; I could not admire her more. I couldn’t follow Harris on the campaign trail; my daughter worked for her. But I covered her in California for years, and I’m now free to state: I deeply admire her as well.

The part of me that wants Biden to pick Warren—the lefty part of me, who prays that Warren as VP would bring over discouraged Bernie Sanders voters—was nonetheless put off by this letter to Biden making the case for Warren. (Organizers tell me it was not organized or endorsed by Warren or her campaign.)

Charles Booker Is Changing the Thinking About Who Beats Mitch

According to The Washington Post, roughly 20 percent of the 100 who signed the letter are “people of color”—though those voters make up more than 40 percent of the Democratic electorate. It’s pretty much always wrong for white people to play “count the black people,” but I tried anyway, and as far as I could tell, there were very few. That is particularly problematic in the wake of George Floyd’s murder, and the movement that has erupted in protest.

Literally, as I was writing, this quote from pro-Warren Harvard Law professor (and generally a progressive hero) Laurence Tribe went viral: “I think African Americans above all would be the first to say they are more interested in results than cosmetics.”

Representation is not cosmetics. Tribe apologized a few hours ago.

But this part of the letter bothered me particularly: “Anyone can speculate about who could most help your ticket politically in swing mid-western states or with people of color, both areas where you’re already strong. Another big variable is who could persuade millions of disappointed Sanders supporters to vote for your ticket.”

The idea that Biden is “already strong” with “people of color” is what advances not just Warren but also moderate white candidates like Minnesota Senator Amy Klobuchar and Michigan Governor Gretchen Whitmer. Those two have fallen back, according to most reporting, but they could still be Biden’s pick if he accepts that framing.

Former New York City public advocate Mark Green, who helped organize the letter, acknowledges the racial issue. “Race surely is our original and enduring sin,” he e-mailed me. “But in fact—for VP, in a race against Trump and Trumpism—there are two schools of thought on what Biden should do to win and govern. And this one was getting ignored.”

He’s mostly right. There have been black women lobbying for black women candidates, but no organized force pushing for Warren. And as a progressive who admires Warren, I get that. I also like, even love, some of the signatories, from The Nation’s Victor Navasky to Jane Fonda to the irreplaceable health care activist Ady Barkan.

Yet progressives especially should remember four years back: Hillary Clinton was “already strong” with “people of color,” as the letter states, back in 2016—but an alarming number didn’t vote. That is the trend that Biden has to combat.

Democratic activist Karen Finney, who endorsed no candidate and has expressed a lot of admiration for Warren, told me, “It’s doubtful the authors of this letter realize how offensive it is to essentially say a white woman knows more about racial justice, the systemic racism that pervades the bones of all our systems creating mass inequality, than a black woman. Nor do they seem to understand the message of this historic moment. Black people are tired of being told to wait our turn. And if we’re being honest, the progressive movement has been part of sending that message to black people for generations, while expecting loyalty even when it didn’t serve our interests.”

She added—and wanted to make sure I included this: “To be clear—I say this as a black woman progressive raised by a white liberal who has had to straddle all of these interests and issues my whole life. And I’m a Warren fan.”

In fact, Warren has an impressive number of black female supporters, from Representative Ayanna Pressley to Black Lives Matter cofounder Alicia Garza, to Working Families Party leader Nelini Stamp, plus the members of Black Womxn For, who endorsed her.

Unfortunately, in my experience, outreach to these women often gets skipped. I could be wrong here. But right now, I think the letter is divisive, and Warren deserves better.