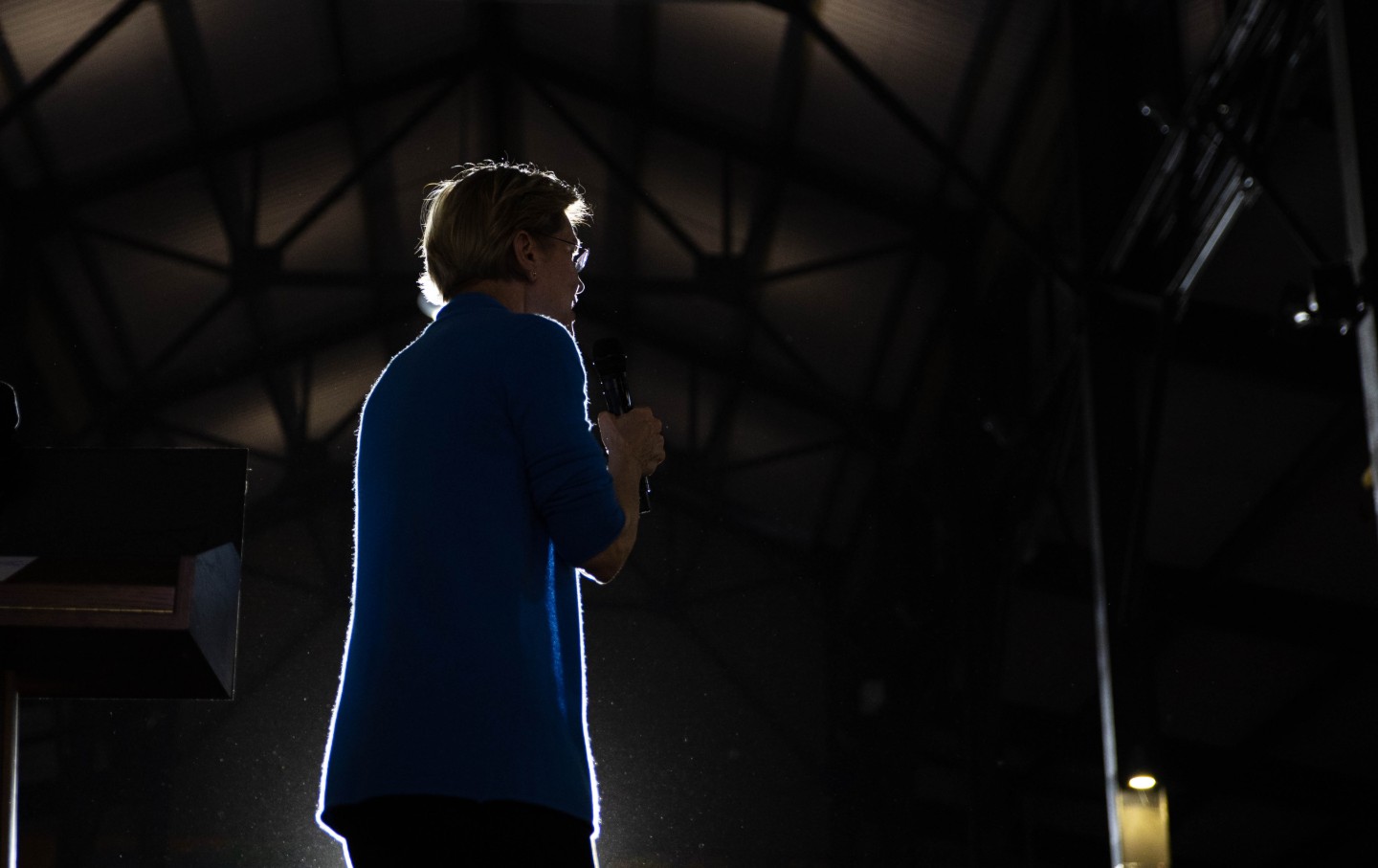 How many of us who were touched by Senator Elizabeth Warren’s decision to announce her candidacy on the very site of the 1912 Bread and Roses strike, naming as her target “a system that’s been rigged, rigged by the wealthy and the well-connected,” and declaring that “like the women of Lawrence, we are here to say enough is enough!”; or cheered her speech in Washington Square Park, drawing inspiration from the victims of the Triangle Shirtwaist fire and the radicalism of the New Deal; or who thrilled to her clinical evisceration of Michael Bloomberg on the debate stage in Charleston just last week, would have predicted her third-place finish in her home state on Tuesday?

Warren and her supporters have every reason to feel wronged. Not just for the way the media—and some debate moderators—seemed to keep forgetting she existed, or for the vicious trolling aimed at her supporters by some claiming to be partisans of Bernie Sanders, or for the endemic sexism that regarded Pete Buttigieg’s enormous effrontery with fond indulgence, discounting Joe Biden’s many gaffes (and long history of questionable behavior) while constantly asking whether Warren was “likable” enough to be president.

I’ve only met Warren once, after she spoke at The Nation’s 150th anniversary celebration in Washington in 2015, delivering a typically brilliant speech about how much it meant—to her and to the country—that a magazine founded by abolitionists in 1865 was still in the fight for justice. But I’ve admired Warren for as long as she’s been in public life, sending an e-mail to my Nation editor in 2014 saying, “Wish she would run for President (though understand her reluctance, since she’s always seemed too sane for American politics),” and making sure the magazine ran an excerpt from her autobiography, Fighting Chance, later that year. In 2016 I watched her light up a crowd at Ohio State, giving a potted history of the financial crisis I described as “the best speech I’ve heard all year.” I still think she would make not just a superb president but a superb presidential candidate uniquely able to get under Donald Trump’s permatanned skin. But at this point no amount of wishful thinking was going to make that happen.

Still, though Warren’s announcement this morning that she was withdrawing from the race wasn’t exactly a surprise, it was heartbreaking nonetheless. And not just for her supporters. Anyone who rejoiced at the way, during the early months of this campaign and down through the debates, she and Bernie Sanders widened the left lane of American politics, dragging the center of our national conversation far enough to the left to make ideas like a wealth tax or free public college or Medicare for All undeniably part of the mainstream, has reason to be sad. As The New York Times pointed out, Warren’s campaign also “demonstrated that someone other than Senator Bernie Sanders…could fund a credible presidential campaign without holding fund-raisers.” But the Times suggestion that Warren was reportedly “still weighing whether to take a side” should give all of us pause—especially those of us who, from the beginning of this contest, argued she had already taken a side. Our side.

While I write very much as an admirer, there is no point papering over the choice Warren and her supporters now face. Which was not, at least principally, about whether she herself remained in the race. If Warren had the desire, and the financial means, to use the platform afforded by a presidential campaign to carry on her fight to rein in corporate power; tax the obscene accumulation of private wealth and use the proceeds to abolish student debt and pay for universal child care; and make the case for Medicare for All, it would have been stupid and counterproductive to even attempt to push her off the field.

That assumes, however, that she cares more about those issues than about encouraging her followers to persist in futile fantasies of a brokered convention turning to her rather than some party hack—or her accumulated resentment against Bernie Sanders. Because there is no sense pretending that for Warren, who is reportedly about to speak even as we post this, to simply withdraw from the race without endorsing anyone would amount to anything more than a boost for Joe Biden. Not after Buttigieg, Amy Klobuchar, Beto O’Rourke, and Bloomberg all lined up on the other side. The corporate powers who’ve long controlled the Democratic Party—and dictated which candidates, and which positions, are acceptable—have made their choice. Sitting this one out is tantamount to surrender.

We shouldn’t pretend, however, that this is an easy choice. A candidate who comes third in her own state defies the party establishment at her peril (although Sanders himself is not without influence in Massachusetts). Honesty also compels us to admit that there’s no guarantee that in endorsing or supporting or campaigning beside Sanders—all options I hope their teams are discussing—Warren would be joining the winning team. The “massive turnout” the Vermonter has always said would be crucial both to winning the Democratic nomination and to defeating Donald Trump in November has so far been slow to materialize. If it doesn’t, this may not be the movement’s year.

But unless Bernie Sanders is the Democratic nominee, the argument that Americans should be able to get medical care or send their kids to college without risking bankruptcy will never even get a hearing in November. We all remember that it was bankruptcy that got Warren into this fight in the first place. And she doubtless remembers which senator, in particular, was on the other side of that fight—battling to protect the banks and credit card companies, and to make it virtually impossible for students to get out from under crushing debt: Joe Biden. The same Biden who, back in November, accused Warren of being “angry” and “unyielding.”

“I’m angry and I own it,” Warren replied, speaking not just for herself, but for every woman who’s ever been told to tone it down. “I’m angry on behalf of everyone who is hurt by Trump’s government, our rigged economy, and business as usual.” I’m hoping she’s still angry, and that her anger reminds her which side she’s on. I’m hoping that Elizabeth Warren does the right thing, and remains in the fight, on our side, rather than on the sidelines.