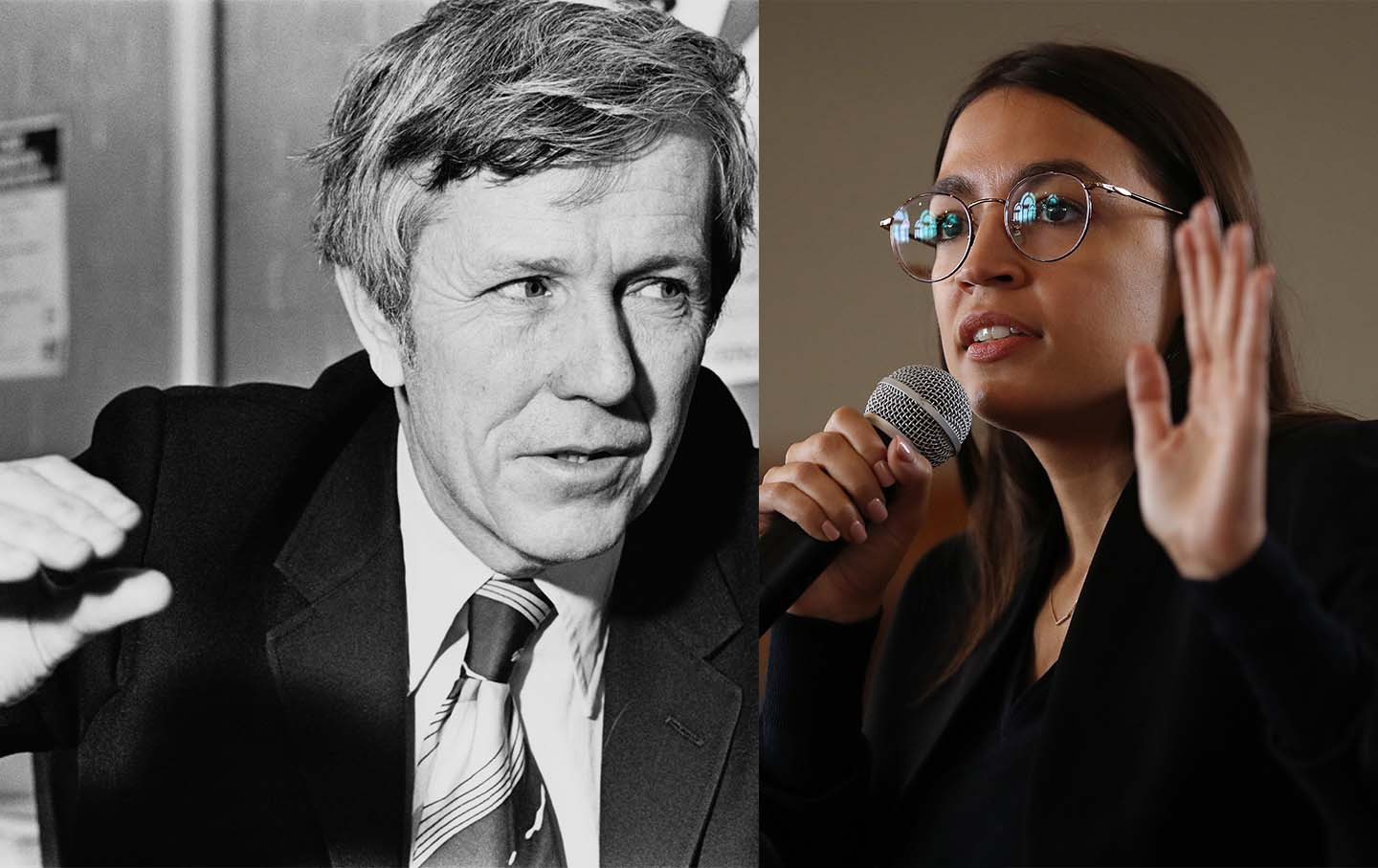 Income inequality was surging, a racist president was ruthlessly deporting immigrants, and the world was struggling to recover from a brutal war. The political scene, like America itself, was a deeply volatile, unpredictable place.

Meanwhile, a new wave of lawmakers, many of them under the age of 30, had stormed into office, promising radical change. They were disdainful of Democratic machine politics, furiously opposed to conservative Republicans, and unafraid to call themselves socialists.

The year, though, was not 2020—it was 1920. The war was the First World War, which had just ended, killing millions and devastating Europe. The president of the United States was Woodrow Wilson, a Democrat who segregated the civil service and was, by the dawn of the ’20s, arresting and deporting Eastern European and Italian immigrants, along with the leftists of the era—socialists, communists, and anarchists. The first Red Scare was in full swing.

That winter, with the Palmer Raids terrorizing the nation, five members of the Socialist Party readied to take their seats in the New York State legislature. Like Alexandria Ocasio-Cortez, who entered Congress at the age of 29, they were all young and dynamic, in their late 20s or early 30s. And they were not alone: Less than three years earlier, seven Socialist Party aldermen had been elected in New York City. Another Socialist, the popular Meyer London, represented the Lower East Side in Congress. 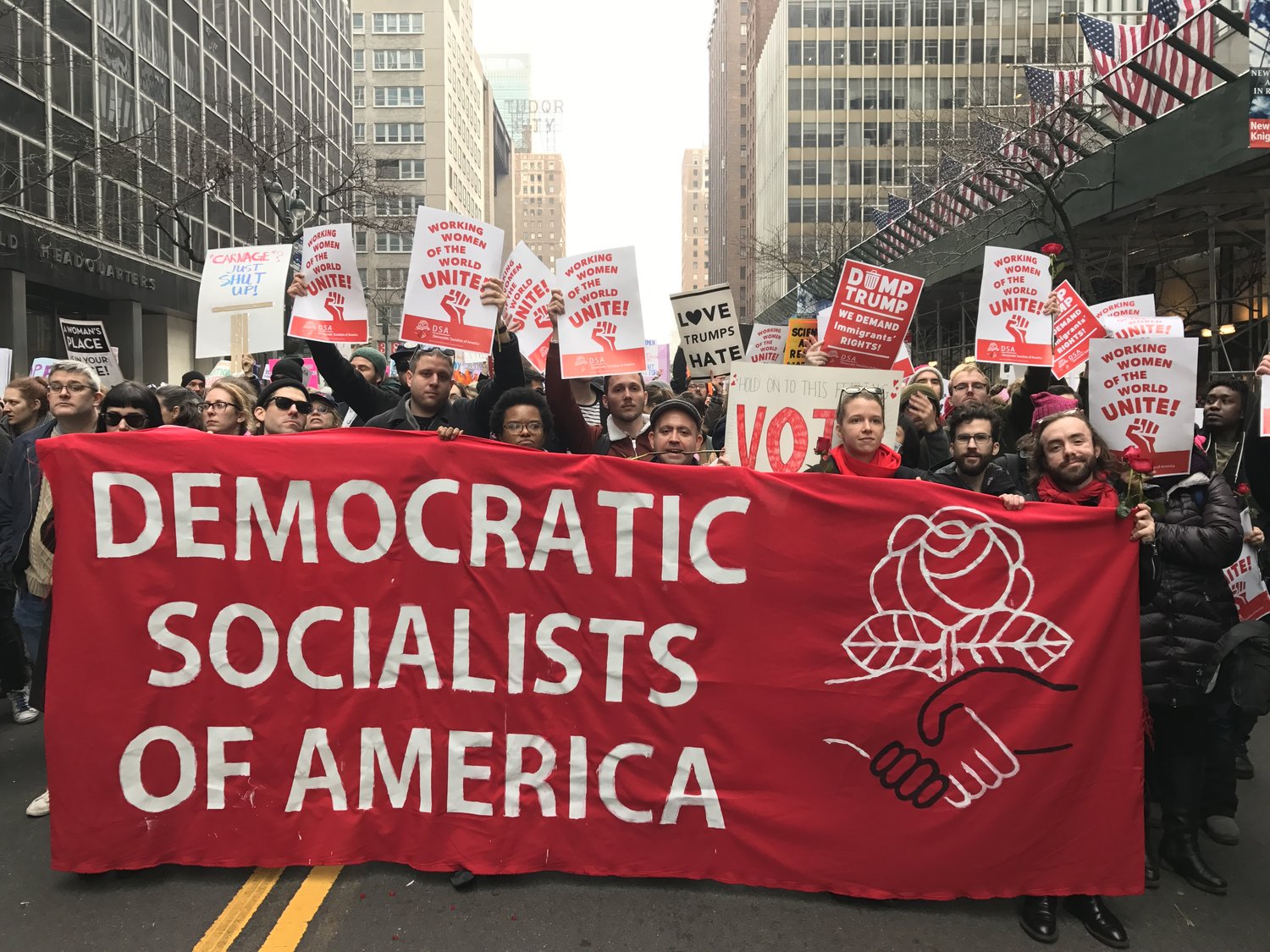 Socialism Is on the Agenda for 2020

The five Socialist Party assemblymen—Samuel Orr, Louis Waldman, Charles Solomon, Samuel DeWitt, and August Claessens—would all be expelled from the state legislature just months after taking office. They were, in the view of the Republican Assembly speaker, Thaddeus Sweet, “un-American” traitors “allied with the forces of Soviet Russia in an attempt to institute in this country a new form of government and a dictatorship of the proletariat.”

Orr, an eloquent lawyer from the Bronx, had more local concerns on his mind. “The real reason we Socialists were unseated,” the 29-year-old Orr said in a January 1920 speech, “was not because we made disloyal remarks or committed disloyal acts, but because we had agreed to put through bills that would reduce the price of milk and frustrate the transit corporations from boosting the rate of fares.”

“So you see,” he added, “that our efforts were against the capitalists.”

In April 1920, all five men were expelled from the Assembly. In September, each won their seats again in special elections. The next day, the Assembly voted to expel three of the Socialists, Waldman, Claessens, and Solomon. A motion to expel Orr and DeWitt failed, but both resigned in solidarity with their colleagues. Orr and Solomon would run again in November and win. Claessens returned, victorious, in 1922, and survived another expulsion attempt.

Ultimately, though, none would win offices higher than the State Assembly, and all would soon be out of office.

The strange, disturbing saga was a nadir for American democracy in the period and a turning point for socialists in the United States. As socialism in the 21st century enjoys a remarkable resurgence, it’s worth remembering its apex a century ago, when party members could fathom a future where the wheezing Democratic and Republican parties withered in the face of a truly powerful working-class movement.

Why the first wave of socialism failed holds important lessons for the leftists of today who hope, like their brethren from a century ago, to utterly transform a capitalist nation.

Today’s socialists have not reached the heights of their predecessors. The Socialist Party, founded in 1901, was able to send two members to Congress: the aforementioned London, who rose to fame championing a mass garment workers strike, and Victor Berger, a Socialist Party leader from Milwaukee, a lodestar for municipal socialist politics.

In 1911, the party elected, by a conservative estimate, 1,141 Socialists to local office in 36 states, according to Richard Judd, the author of Socialist Cities: Municipal Politics and the Grass Roots of American Socialism. The party had majority control of at least 23 communities, including Milwaukee and Berkeley, and ran small towns like Martins Ferry, Ohio; and Star City, West Virginia. Eugene Debs, whose portrait still hangs in Sanders’s Senate office, would grow famous running for president on the Socialist Party line, winning 6 percent of the popular vote in 1912 and nearly a million votes in 1920, when he was jailed for refusing to fight in World War I.

Though the expulsion of the five Socialists from the New York legislature was not the single cause of the party’s decline, it represented everything it would try, and fail, to overcome. Never again would the party enjoy such power in one of the nation’s largest states. Other losses, elsewhere, would follow.

Michael Harrington, the socialist political theorist who founded the Democratic Socialists of America, maintained, unlike the old guard, that the Democratic Party could be a vehicle for meaningful political change. This is significant, because the Socialists of 1920 would have called this heresy, decrying both the mainstream Democratic and Republican parties as defenders of the capitalist order. They always resisted collaborating with “bourgeois” political parties, even when they were receptive to particular left policy achievements. The Socialist Party’s failure to reckon with America’s two-party, winner-take-all presidential system of government stunted its growth (the Green Party, years later, would similarly fail to gain power, even with Ralph Nader’s prominent presidential campaigns). It didn’t help that Democrats like Franklin Roosevelt could just co-opt the ideas of the Socialists or that powerful labor unions remained skeptical of them.

There was little incentive for the major parties to partner with the Socialists, whom they viewed, at times, as an existential threat. Three of the ousted Socialist Assembly candidates in New York faced rivals for their seats endorsed by both the local Democratic and Republican parties. London too had to contend with a Republican-Democratic front united against him.

The party bosses of the early 20th century were powerful, dominating municipal governments through patronage, and deeply resented the Socialists who sought to disrupt the established order. The mainstream parties commanded voter loyalty through their access to steady jobs and public cash. To win, the Socialists would have to fight a two-front war against both Democrats and Republicans who wanted them gone. It was a war that was, in retrospect, unwinnable.

Harrington’s vision, of a DSA transforming the Democratic Party from within, is more plausible than ever before because of both DSA’s booming membership and the relative frailness of the Democratic Party’s power structure. Today, DSA succeeds by endorsing leftist Democrats in primaries and securing pledges to socialist ideals in exchange for a vigorous volunteer operation.

Urban bosses and elite gatekeepers no longer dominate the party, and there are no singularly influential establishment actors who can tamp down the party’s left wing, Barack Obama included. The Democratic National Committee can curate debates and oversee a fundraising committee but cannot set the ideological course of the party. It certainly can’t single-handedly snuff out disruptive insurgents. Ocasio-Cortez, a DSA member, will not be expelled from Congress—or even disciplined in a serious way—for refusing to pay dues to the Democratic Congressional Campaign Committee.

Most importantly for DSA, Democrats cannot control their ballot lines like they once did. There are no mechanisms for dissuading DSA challengers from running; blocking a candidate from the ballot is far more difficult than it used to be. Today’s Democratic Party is a shell waiting to be inhabited by whoever claims the prizes of elected office.

If Bernie Sanders, a democratic socialist, is elected president of the United States, the Democratic Party will slowly become his party. And if he loses, inspiring still more DSA recruits and fueling down-ballot victories, socialists can continue to win council, legislative, and even congressional seats on Democratic lines, wielding tangible clout.

In New York, there is one socialist in the state legislature: DSA member Julia Salazar. She has helped lead campaigns for public control of power companies and a universal right to housing. Five DSA-backed candidates are seeking legislative seats this June, challenging establishment-backed Democrats. If they all win, they will start to gain back the momentum of the 1920s.

This time, there will be no reactionary legislative leaders to unseat the new socialists, no Red Scare to feed a public frenzy against their anti-capitalist views. Salazar is a member of the Democratic majority, an ally of the progressive block, unlikely to lose an election anytime soon. The DSA members seeking to join her will be free to advocate for radical change. It’s a future that would have surprised the class of 1920 because Socialists never took over New York, let alone America. But today’s socialists march into the 2020s without the daunting roadblocks of a century ago. They don’t need their own party anymore. They can just take someone else’s.