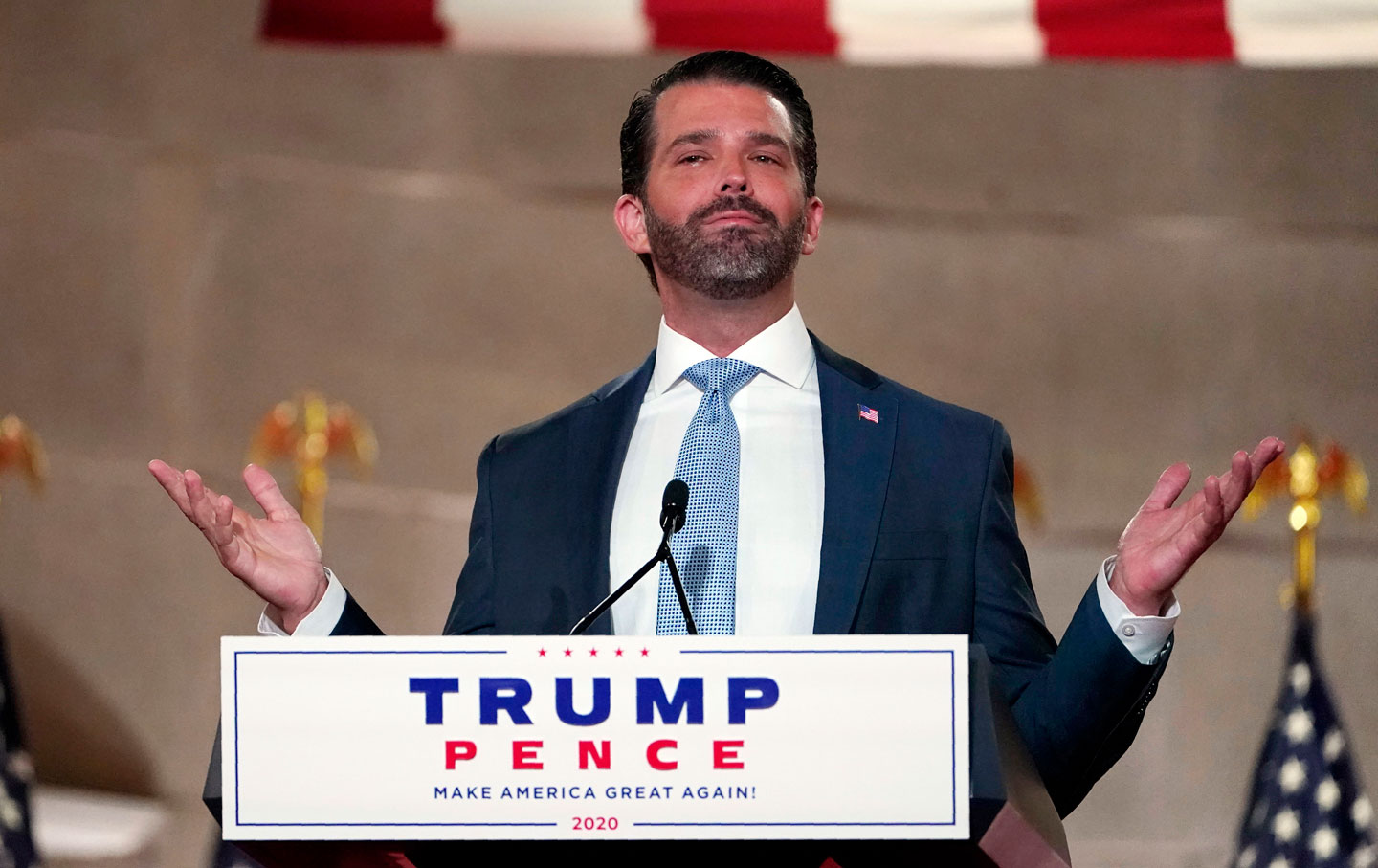 Cocaine and Donald Trump Jr. started trending at the same time on Twitter on Monday night. This was a direct result of liberals’ freely and without facts theorizing about the president’s eldest son. These speculations are not just baseless but also unfair. There are far more human reasons for Trump Jr.’s odd performance during the speech he gave at the RNC.

If you simply examine the text, the speech itself is perfunctory. It’s a hard-right statement of the case for Donald Trump’s reelection, in keeping with Trump Jr.’s role as the family member who works hardest to enthuse the conservative base. His sister Ivanka, by contrast, is much more an emissary to the larger world and tries to put a moderate spin on Trumpism.

Here’s a not uncharacteristic specimen from Junior’s speech:

“If Democrats really wanted to help minorities and underserved communities, instead of bowing to big money union bosses, they’d let parents choose what school is best for their kids. They’d limit immigration to protect American workers. They’d support the police who protect our neighborhoods. They’d learn how to negotiate trade deals that prioritize America’s interest for a change. They’d end the endless wars and quit sending our young people to solve problems in foreign lands. They’d cut taxes for families and workers. They’d create opportunity zones that drive investment into inner cities. In other words, if Democrats cared for the forgotten men and women of our country, they’d do exactly what President Trump is doing. America is the greatest country on earth, but my father’s entire worldview revolves around the idea that we can always do even better. Imagine the life you want to have, one with a great job, a beautiful home, a perfect family.”

It’s only in the last sentence that Trump Jr. sounds a bit off, as if he were a radio station that suddenly shifted from Rush Limbaugh to Talking Heads. (“And you may find yourself in a beautiful house / With a beautiful wife / And you may ask yourself, well / How did I get here?”)

What’s odd about the speech is Trump Jr.’s mannerisms, the wild, distant glaze in his eyes, his strange puppet-like hand gestures, the too-fast racing through the words.

The most likely explanation is existential dread. Trump Jr. has never been comfortable in public life; he’s always tried to mimic his father (a more successful public speaker). Trump Jr. has always seemed more like a lost puppy than a grown man, someone who is never at ease with the world but anxiously trying to spy out the situation. Added to this natural discomfort are his likely worries about his fate if his father loses.

More than any of the other Trump progeny, Trump Jr. was implicated in Russiagate. As The New York Times reports:

“Don’s the only person who thinks they’re going to lose,” says a prominent conservative activist who is in regular contact with him and other key members of Trump’s political operation. “He’s like, ‘We’re losing, dude, and we’re going to get really hurt when we lose.’” An electoral defeat in November, Trump Jr. fears, could result in federal prosecutions of Trump, his family and his political allies. He has told the conservative activist that he expects that a Biden administration will not participate in a “peaceful transition” and instead will “shoot the prisoners.”

We don’t need cocaine to explain Trump Jr.’s speech patterns. There are reasons more firmly rooted in his life.