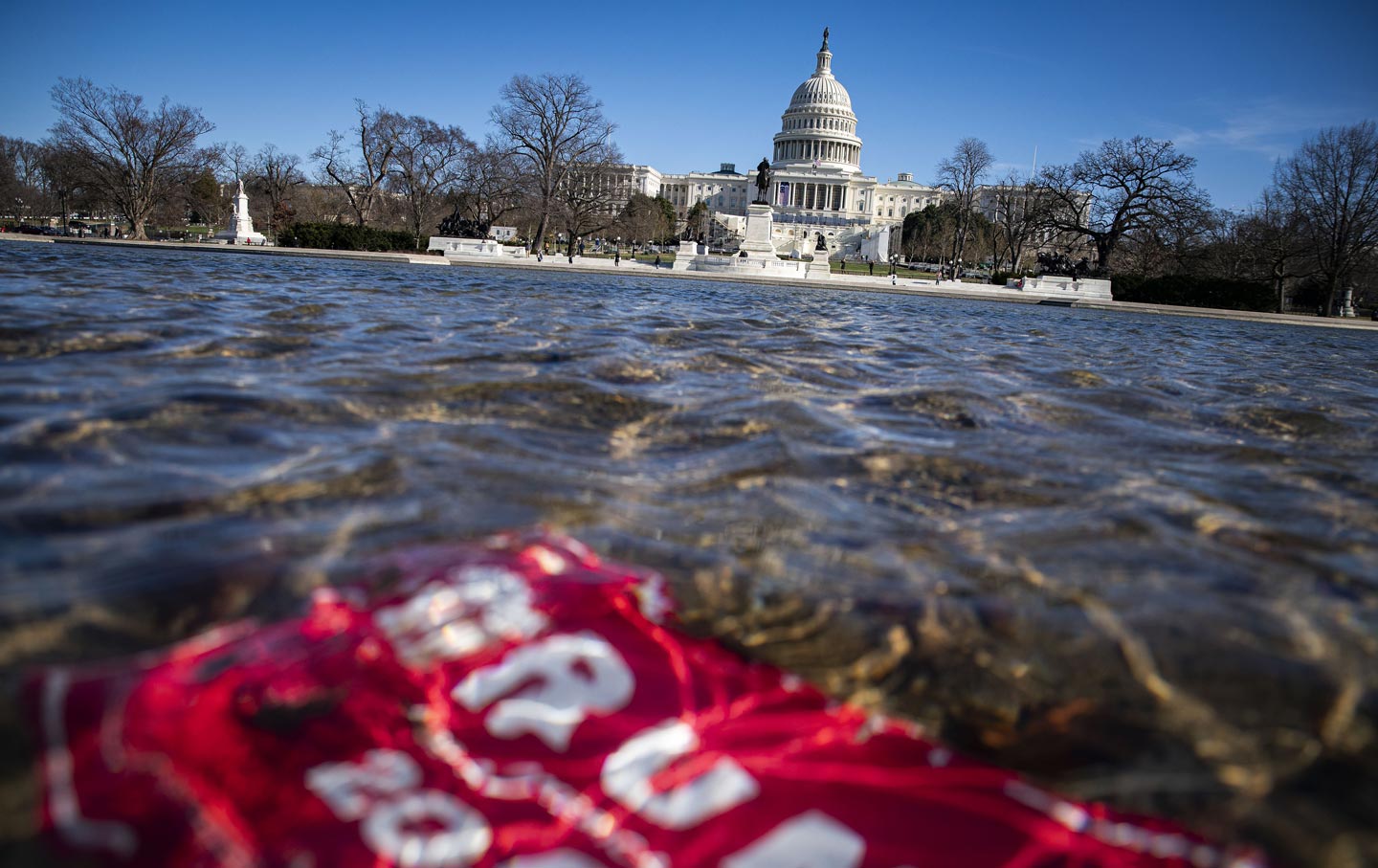 Donald Trump may be the biggest liar—and worse—in American presidential history. “This American carnage stops right here and now,” as he declared in his inaugural address, might have been the biggest lie he told. Trump’s election inaugurated the worst wave of domestic violence the nation has seen since the Civil War (and Reconstruction plus Jim Crow terror in the South): Charlottesville; Cesar Sayoc’s anti-Democrat and anti-media pipe bomb spree; the Tree of Life synagogue massacre; the El Paso Walmart massacre; the violent police repression of mostly peaceful Black Lives Matter protests in Washington, D.C., this summer; the terrifying militia plot to kidnap and execute Michigan governor Gretchen Whitmer this fall.

I wrote that list quickly, from memory; I know I’m missing examples.

America will never recover from the culmination (so far) of Trump’s American carnage last Wednesday in the Capitol when the nation’s top political leaders came literally within minutes of every imaginable harm at the hands of a violent seditious mob egged on by Trump and his allies just hours before (and a lone Black Capitol Police officer may have saved many of their lives). I say we’ll never recover, because “recovery” implies returning to some earlier status of health, and this nation has never been healthy thanks to the sick cruelty of slavery, and the violent repression of Black Americans (especially) ever since. The metaphor “get better” might work, since it implies improvement and progress, not a mere return to the way we were before.

But the nation’s political leaders, Democrats and Republicans, can make Trump’s political promise come true this week, ending “this American carnage” for real, and helping the nation “get better.” It starts Monday, with the near-certainty that House Democrats will commence impeachment proceedings. My colleague John Nichols lays out the Democrats’ options, and likely strategy, right here. It’s essential reading.

I nevertheless acknowledge the worries, even among some progressives, about insisting that if Senate majority leader Mitch McConnell won’t expedite a Senate trial, soon-to-be Senate majority leader Chuck Schumer should move on it as soon as he has the power to—as soon as the Rev. Raphael Warnock and Jon Ossoff are sworn in as Georgia’s new Democratic senators. (Read that aloud and savor it; Trump’s American carnage cost us many things, including even hours to feel the joy of what Georgia’s new Democratic majority accomplished.) It’s true: Impeachment could bottle up President Joe Biden’s agenda for his first 100 days, postponing Covid relief and planning, economic stimulus, and other priorities.

House majority whip Jim Clyburn, who has reportedly been urging caution, laid out the case on CNN’s State of the Union Sunday morning: “Mitch McConnell is a pretty good legislator. And he’s doing what he thinks he needs to do to be disruptive of President Biden. But I would say to Mitch McConnell: Nancy Pelosi is smarter than that. We’ll take the vote that we should take in the House. And she will make the determination as to when is the best time to get…that legislation over to the Senate…. Let’s give President-elect Biden the 100 days he needs to get his agenda off and running. And maybe we’ll send the articles sometime after that.”

We should at least nod to that fear for now, acknowledge that it’s possible to separate what the House does from what the Senate decides to do, and take this unprecedented moment in American history one day—if not one hour—at a time. Almost certainly not 100 days at a time. Let’s unpack this.

Clearly, the House should impeach. It’s wrong, and stupid, for Democrats to game this out saying “Republicans will never convict, so impeachment is a waste of time.” While the first part of that, judging from the past, is probably true, we are now in new territory. Depending on what Trump does in the next few days, and what we find out about the nature of the seditious attack on the Capitol, McConnell could surprise us. This amazing Washington Post time line of what happened Wednesday is heavily sourced to an enraged (if anonymous) McConnell staffer. The obstructionist Senate majority leader has indeed been a primary GOP villain over the last eight years and a Trump enabler for the last four. But he knows his own life was threatened. He could, against all odds, be ready to stop this American carnage, right here and now.

But even if he and GOP leaders revert to type, the House must impeach. Trump will then go down in history as the first president to be impeached twice, whatever the Senate does. That is essential. 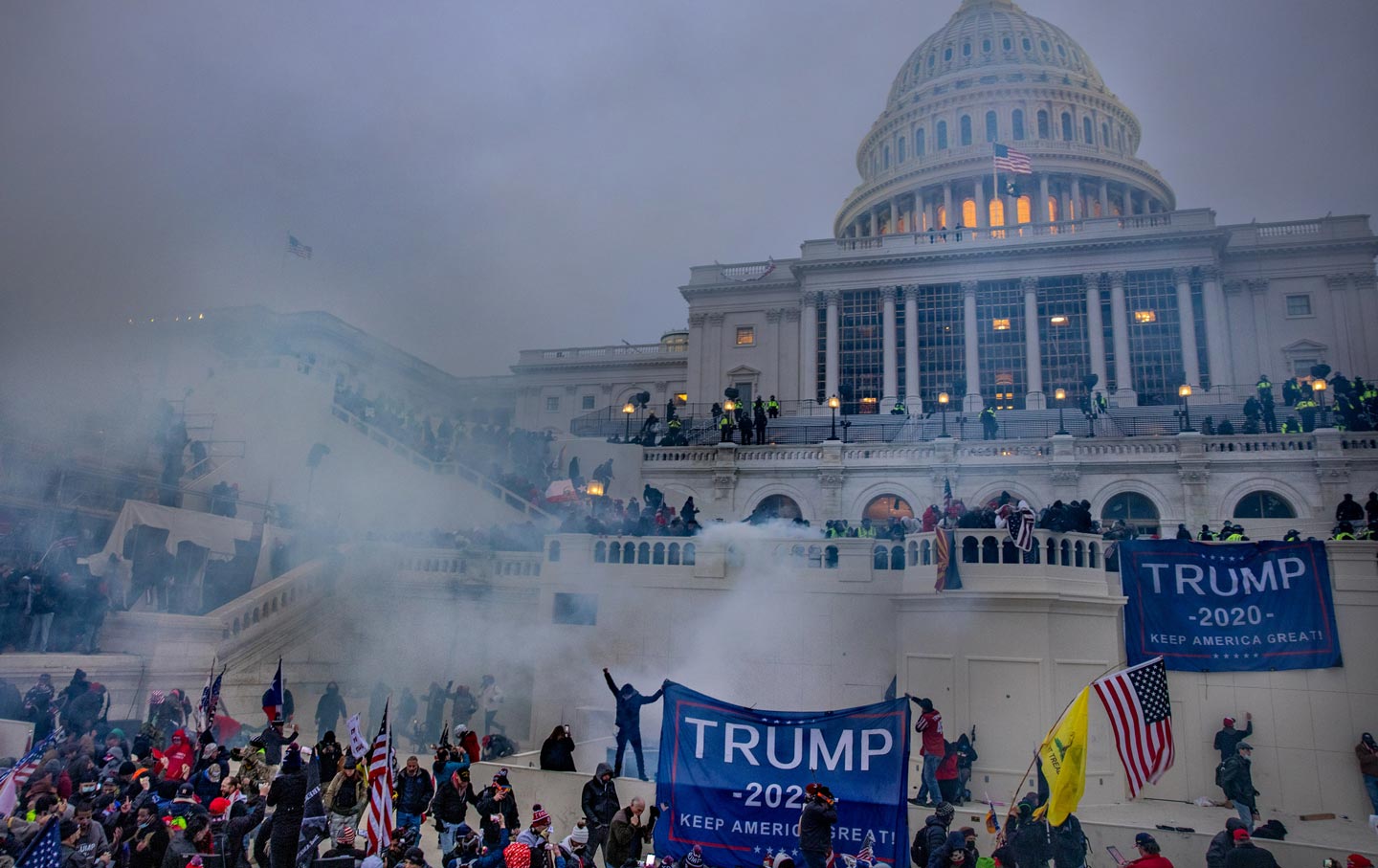 Still, I don’t think Clyburn, House Speaker Pelosi, and reportedly Biden himself are entirely wrong to be concerned about what happens next. I’m prepared for howls of anger if Pelosi declines to send the article(s) on to the Senate right away, but barring a change in McConnell’s stance, it may well be the right thing to do.

I have no doubt that progressive Representative Jamie Raskin and his allies are laying the essential groundwork for the next steps. Pelosi should start the impeachment process Monday; the House should vote on Wednesday (I think that’s the earliest possible day), and assess where we are then. We will know a lot more about the right course, I predict, in the next few days.