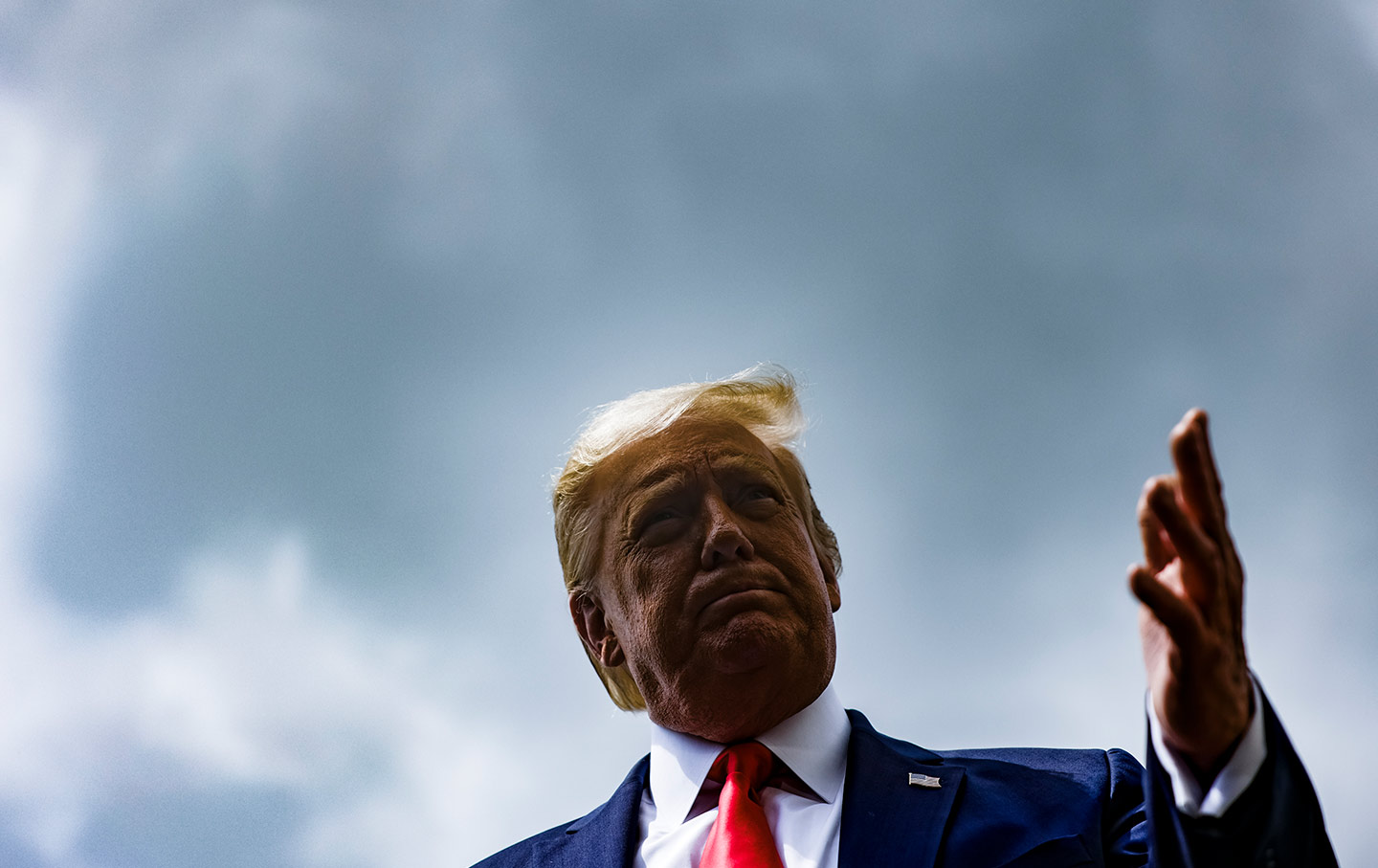 With unemployment at Depression levels, enhanced unemployment benefits expired, and millions of Americans on the verge of eviction or foreclosure in the midst of a pandemic, Donald Trump and the Republican majority in the Senate are revealing just how dysfunctional they are.

The president is reduced to throwing spitballs at negotiations he has absented himself from; the self-described master dealmaker can’t or won’t sit in the same room with House Speaker Nancy Pelosi. Senate majority leader Mitch McConnell also is AWOL, his caucus too divided to pass anything without Democratic votes. Republican senators like Lindsay Graham say that as much as 50 percent of the Republican caucus opposes even McConnell’s plan. The final deal will measure not only how much pain Republican senators choose to inflict on the vulnerable but also whether they will aid and abet Trump’s final, desperate efforts to sow chaos in the November elections.

We’re in this position—with the enhanced unemployment benefits as well as the moratorium on foreclosures and evictions allowed to expire without a deal—largely because McConnell chose not to reply to the House Heroes bill for two months, saying he hadn’t felt the “urgency of acting.” Even in July, after it became clear that Trump’s “rocket ship” recovery was delusional, McConnell and the White House couldn’t agree on a bill, with McConnell cobbling together a token effort that his caucus never endorsed. Senate Republicans are mostly united around what they don’t want. No to extending the additional $600-a-week-unemployment benefit. No to aid to states and localities facing deficits that are already forcing mass layoffs. No to aid to the US Postal Service. The only thing McConnell wants is absolute immunity for business owners from negligence that leaves workers vulnerable to Covid-19.

Now we’re about to see whether Republican senators are throwing in with Trump’s increasingly brazen efforts to turn the November elections into Operation Chaos. For months he has been issuing tweet attacks on voting by mail, calling it a “nightmare” that will foster fraud, cheating, and chaos. Voting by mail, the safest way to vote in a pandemic, leads to higher turnout, which Trump asserts—also without evidence—will benefit Democrats. Now, after Trump has spent weeks besmirching voting by mail (exempting Florida, which has a pro-Trump Republican governor), polls show that far more Republicans are planning to vote in person than Democrats. So Trump argues that it’s vital that the election be called on November 3, that allowing time to count mail-in ballots that are delivered after that day will lead to fraud, mischief, and litigation. That isn’t an analysis; it’s a threat. Republicans have been starving the USPS of needed funds for years. And now Trump’s postmaster general—Louis DeJoy, a major Trump donor—has issued orders—eliminating overtime and making major operational changes—that are already delaying mail delivery. 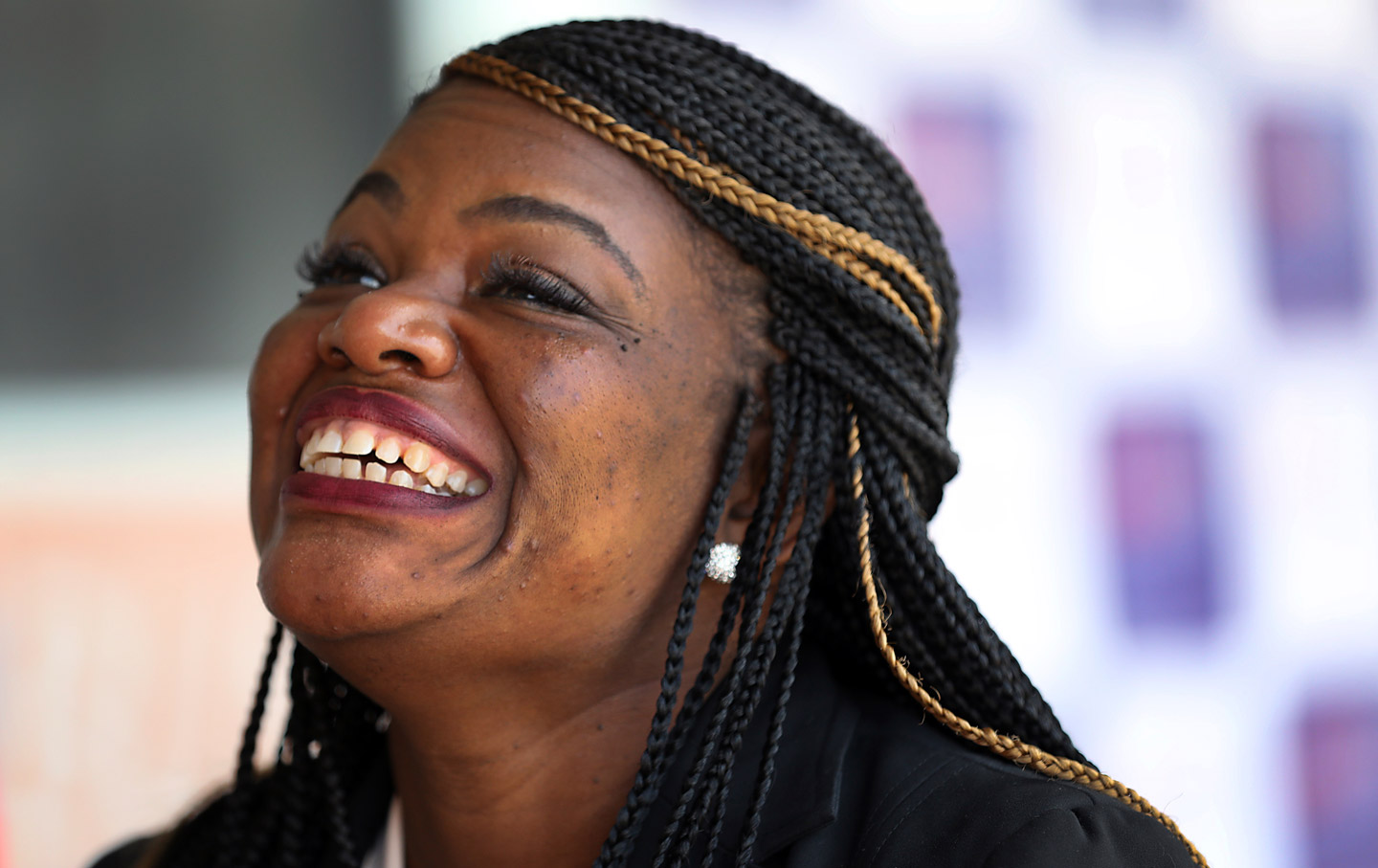 Will McConnell and Republican senators abet Trump’s effort to discredit the elections? Democrats are now demanding $10 billion for the USPS (the House bill would provide for $25 billion over three years) to help defray the costs of gearing up for what will be an unprecedented flood of mail-in ballots. The House bill also calls for $3.5 billion to the states to help with the added costs of preparing for elections in the pandemic. McConnell’s bill would provide no help for either. This isn’t a matter of money: These sums are virtual rounding errors even in McConnell’s $1 trillion package.

Republican senators—particularly those facing tough reelection battles—like to roll their eyes at Trump’s outrages. While Trump’s histrionics are his own tired act, there are limits on what he can do by fiat. If Republican senators in contested races insisted on making certain the USPS and the states have the resources needed to manage safe elections in the pandemic, Trump’s blustering would be mere background noise. If they demanded a deal with Democrats on unemployment benefits, protection against foreclosure and evictions, and aid to states and localities, it would get done. McConnell says he’ll support anything that comes out of the negotiations. Trump, for all his menace, would do the same. Nothing passes the Senate without Democratic votes. The only question is whether Republican senators, especially those on the ballot this year, will demand action. If not, the misery inflicted on the vulnerable, the increased unemployment, the growing evictions and hunger, and the level of chaos in November’s elections will be on them.