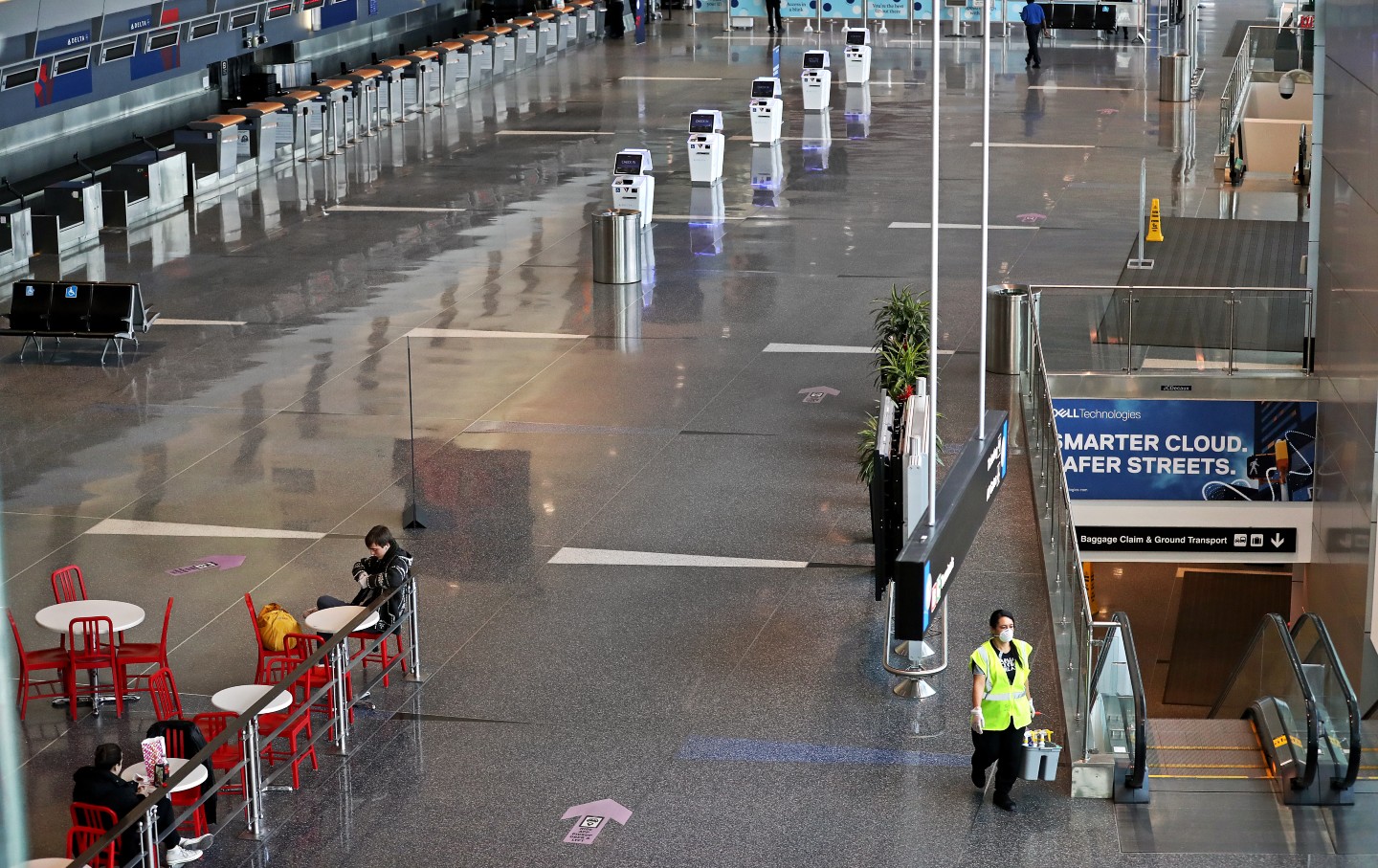 The bailouts are coming. As the coronavirus brings economic activity grinding to a halt, industries are flocking to the federal government with palms outstretched. An airline industry trade organization has already asked for nearly $60 billion. Those companies are likely to get something: President Trump has already said, “We don’t want airlines going out of business.” Yet the last time we bailed them out, after 9/11, we handed the industry billions of dollars in loans and grants while requiring very little in return.

This time we have to demand concessions for our money. The companies that get taxpayer bailouts should be required to keep employees and contractors on their payrolls and leave union contracts and benefits intact. In the early 2000s, airlines laid off tens of thousands of workers, many of whom were never rehired. Now we can take a cue from the UK, where the conservative government is offering grants that would cover up to 80 percent of salaries to employers that avoid layoffs.

But that’s not all we should demand. Government help should come on the condition that airlines reform the way they operate. Contract airport workers deserve a minimum wage of at least $15 an hour and benefits, like paid sick leave and affordable health care. And rather than let airlines increase customer fees while shrinking seats and services even during boom times, we should impose caps on fees and demand better in-flight experiences. Once we get through this crisis, the airlines will almost certainly be able to afford it. They had nearly $13 billion in operating revenue last year, but the major carriers spent 96 percent of their cash over the past decade on buying back their own stock. That enriched their shareholders but left little for investments in better service or employee treatment. We can’t just hope that the airlines will end stock buybacks in favor of investments; we have to bar them from handing all their cash to shareholders.

Other industries are also likely to receive government assistance. Hotels are reeling; one union official in the industry has predicted that 95 percent of his members could lose their jobs. But hotels must also keep employees on their payrolls if they get taxpayer funds—and hotel workers also deserve a $15 minimum hourly wage, benefits, and humane schedules. Meanwhile, casinos and cruise lines are seeking their own pots of taxpayer money. All their laid-off workers should get financial assistance, without question. But as leisure industries, these companies are not indispensable to the functioning of the larger economy. Not all industries merit bailouts.

‘Maybe if I Had Papers, It Would Have Been Different’: Undocumented During a Pandemic

Health Care Workers Are Facing Burdens That Put Everyone at Risk

These Kids Are in the Crosshairs of Covid-19

Public transportation, on the other hand, has barely been mentioned and yet is fundamental to the economy in many cities and states. Social distancing orders are, rightly, discouraging people from riding trains, buses, and subways. Ridership in New York City and New Jersey has already dropped by more than half. And beyond the loss of fares, transit agencies will also face the loss of state and local tax revenue. Unions representing transit workers have told Congress that public transportation systems need $16 billion immediately to keep their operations running. The federal government must step in here.

Then there are the institutions that make a society what it is. Libraries could face local funding cuts, and museums are losing out on ticket sales. Small restaurants and mom-and-pop shops will struggle to reopen, given their razor-thin margins. The National Restaurant Association has estimated that the industry as a whole will lose as many as 7 million jobs. These local businesses and cultural institutions should all be included in a bailout package, even if they don’t have lobbying clout.

Instead of showering cash on politically connected companies—our president, of course, once owned casinos and still owns hotels—the federal government needs to seriously consider which industries are vital to the continued functioning of our economy. It may be in our national interest to bail out some massive previously profitable sectors. But that money shouldn’t come for free.