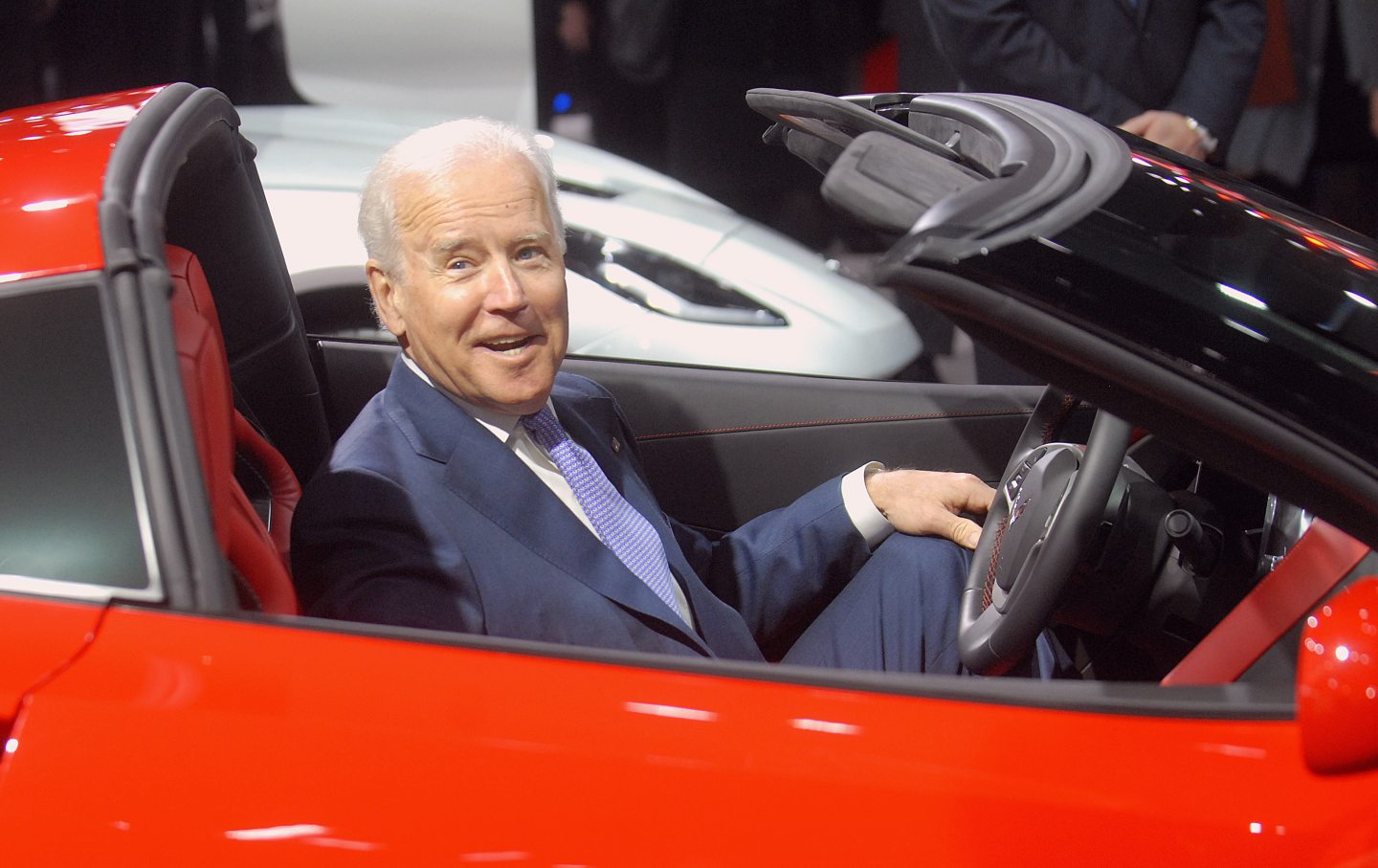 Noam Chomsky has accurately described Joe Biden as “an empty vessel.” Indeed, it’s hard to think of a presidential candidate who has a less clearly defined ideological and policy profile than Biden. In his decades in politics, he’s been the consummate chameleon, quick to take on the coloration of the political moment. He initially ran for the Senate in 1972 as something of a New Deal Democrat, in the high tide of opposition to Nixon. That original Biden was a proud union supporter and talked about the need to tax the rich and big corporations. As the Democrats moved to the right in the 1980s and ’90s, so did Biden, rebranding himself as Clintonian centrist. Now that he’s all but certain to be the Democratic nominee, Biden is making clear that he knows the party has moved to the left and he’s willing to join that shift.

Biden’s malleability can be dismissed as opportunism and evidence of a lack of core principles. But opportunism can also be an opportunity. The historian Richard Hofstadter once described Franklin Roosevelt as “the patrician as opportunist.” Hofstadter meant the epithet not as an insult but rather a way of explaining FDR’s success. The New Deal was the product of a president quick to respond to militant social movements that wanted large-scale solutions to the Great Depression.

Biden is no FDR. But his flexibility might make him more responsive to popular pressure than most politicians in a political moment of unparalleled danger. “With a Biden presidency, the activism of a popular movement will make a big difference,” Chomsky told The Intercept’s Mehdi Hassan.

Faiz Shakir, Bernie Sanders’s campaign manager, shares this view. “This is not a knock on him, but Joe Biden did not win the nomination with a robust policy platform,” Shakir told The Washington Post, noting that Biden’s association with Barack Obama counted more than ideology. “There was a sense of comfort and security about him, as someone who sat in that seat next to Barack Obama. So he’s got of room now to flesh out his agenda.”

The most promising sign that Biden is indeed willing to make significant concessions to the left came from the announcement of the members of the “unity task force” selected by the Biden and Sanders campaign to advise on the Democratic Party platform. There are six task forces in all, dealing with climate change, education, criminal justice reform, health care, the economy, and immigration. It was agreed that Biden’s campaign would select five members for each task force and Sanders’s campaign would select three.

It wasn’t surprising that the Sanders campaign picked many outstanding progressives, notably Representatives Alexandria Ocasio-Cortez and Pramila Jayapal, and Association of Flight Attendants President Sara Nelson. What is noteworthy is that even many of the Biden selections were closer to the left than to the center. The economy task force includes Jared Bernstein, Biden’s longtime economic adviser and one of the progressive voices from the Obama White House.

The makeup of the task force is a definitive progressive victory. The left now has a real chance to shape the party platform.

Yet the selection of the task force is only one indicator of which direction Biden might choose as president. In other areas, he’s shown far greater loyalty to the centrist orthodoxy he’s upheld for most of his political career.

As with any president, selection of personnel is key. Biden has surrounded himself with a mixed bag. His inner circle includes progressives but also Wall Street insiders and neoliberal holdovers from previous Democratic administrations.

The return of Larry Summers, the neoliberal economist, bodes ill for progressives. This is not only because of Summers himself but also the network of younger neoliberals Summers is trying to seed in the possible Biden administration. One of them is Natasha Sarin, who teaches law at the University of Pennsylvania and has participated in Biden policy meetings.

Sarin recently co-authored a paper arguing that “allowing workers to access a tiny % of their future Social Security benefits today can provide the liquidity they need to weather this storm.” This proposal is incredibly dangerous, since it opens the door to the privatization of Social Security. It creates the terrible precedent that economic relief should be carved out of entitlements.

Joe Biden rightly attacked the Trump White House for floating a similar idea. Sarin herself, in the wake of progressive criticism of her paper, echoed Biden and seemed to walk back her previous advocacy of pillaging Social Security benefits. The Sarin affair is a minor matter, but it perhaps illustrates the value of progressives’ pushing back when Biden’s team moves to the right.

American Prospect editor David Dayen describes Biden as being two-faced: “Dr. Jekyll or Mr. Biden.” At times, Biden sounds like a 1990s Clintonian, ready to triangulate his way to the center or even the center right. But on other occasions, he sounds like he wants to be a Franklin Roosevelt–style progressive.

As Dayen notes, it’s unusually difficult to know which way Biden will go. Dayen writes, “I’ve talked to a dozen people inside the campaign and out, those with the ear of the [vice] president and those being wooed by his team, and it’s too soon to know how this will break. Not even Biden knows yet. Judging by his personal record, you could envision his presidency as another round of triangulating disappointment.” Dayen goes on to add, though, that Biden could possibly follow the progressive path, particularly given the scale of the problems he’ll inherit if he wins in November.

Progressives have reason to be both skeptical of Biden and hopeful of what they can push him to do. Perhaps the wisest course is to follow Ronald Reagan’s old adage about arms control: “Trust but verify.” In other words, keep working with Biden, but also make sure you hold him accountable. If he is pushed to the left, it will only be through relentless effort.