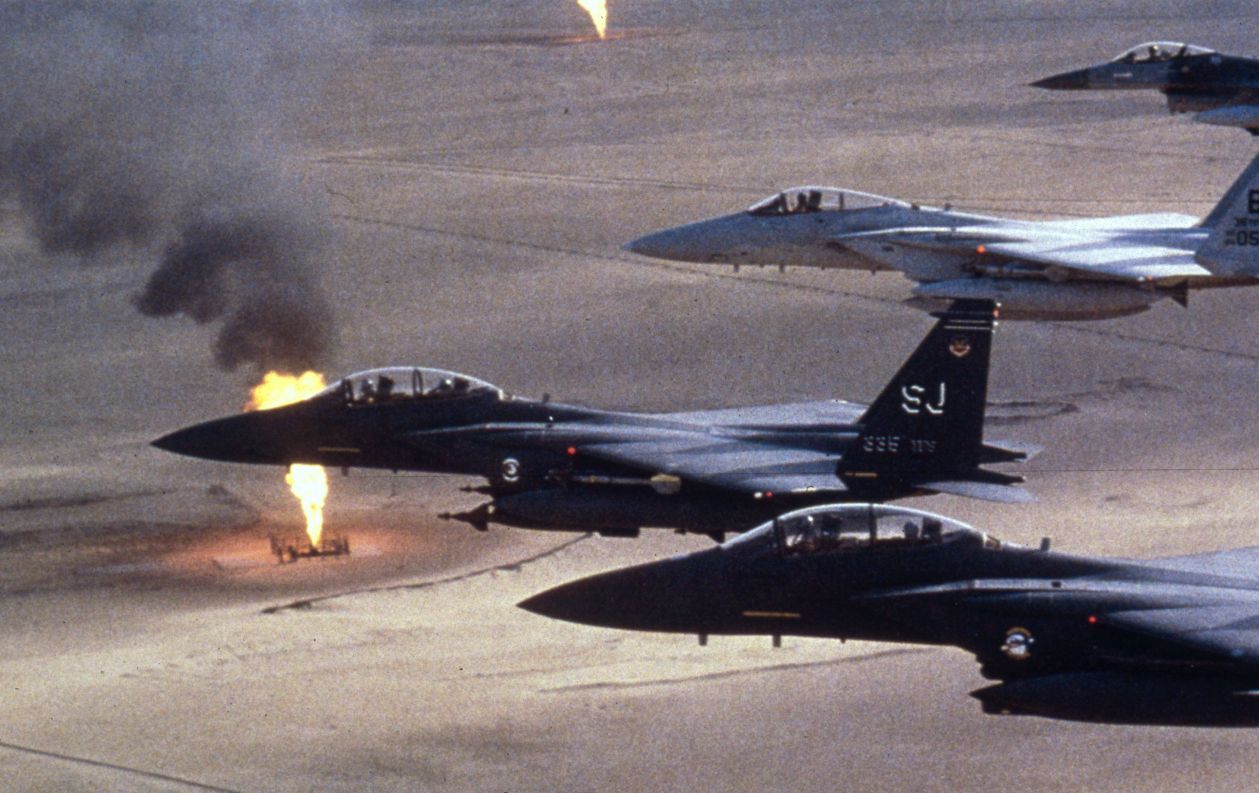 Why does the Democratic Party want the Cold War back? Senator Mark Warner and Representative Adam Schiff tell us that Russia is the destroyer of democracy at home and abroad. Vladimir Putin, in their view, is seeking more than reasonable elbow room in Eastern Europe. He aims to subvert and conquer America. In a podcast conversation with Nancy Pelosi after the January 6 Capitol riot, Hillary Clinton said she would “love to see” Trump’s phone records from that day to find out if he was consulting with Putin. This fantastical supposition was greeted by Pelosi with instant credulity: “All roads lead to Putin.”

Where would they be without an enemy? These Democrats have already formed an implicit alliance with Republicans Liz Cheney, Tom Cotton, and Nikki Haley, as well as assorted media friends of the war party dating back to Iraq, such as Max Boot and Jennifer Rubin. There are reasons to hope that Joe Biden’s foreign policy team will have a sounder balance, but the dramatis personae thus far leave an uneasy impression. Susan Rice, a careerist of the foreign policy elite who stopped just short of the highest rung under Barack Obama—having been denied promotion to secretary of state, owing to her association with the Benghazi disaster—has been put in charge of domestic policy. Yet she is hardly likely to stay away from the discussions that interest her more. Antony Blinken at the State Department, Jake Sullivan at the National Security Council, and Samantha Power as head of the US Agency for International Development will administer democracy-promotion initiatives that in the past have been known to include shipments of “armed doctrine.”

None of these people ever recognized that the eastward expansion of NATO after the collapse of the Soviet empire—whose existence alone justified NATO—was a provocation felt by many Russians besides Putin. Further signs of a lesson not learned may be found in the first volume of Obama’s presidential memoir, which deplores (in passing) the weak Russia policy of his predecessors, George W. Bush and Dick Cheney: “Beyond suspending diplomatic contacts, the Bush administration had done next to nothing to punish Russia for its aggression.” By “aggression,” he means the Russian retaliation against Georgia after Georgia’s attack on South Ossetia. Throughout Obama’s two terms in office, his attitude toward Putin was all in the same vein: lofty, cool, and swanking.

Of their first meeting, in 2009, Obama now says that Putin “did remind me of the sorts of men who had once run the Chicago machine or Tammany Hall—tough, street-smart, unsentimental characters who knew what they knew, who never moved outside their narrow experiences.” Obama canceled a second meeting in 2013 over Russia’s granting of asylum to Edward Snowden. But that is an episode that plays more than one way. Obama indicted Snowden under the Espionage Act of 1917, which potentially carries the death penalty. Snowden had followed too faithfully the hint of Obama’s antisurveillance stance in the 2008 primaries and disclosed abuses of civil liberties by the National Security Agency. It was Russia, of all places, and Putin, of all people, who offered Snowden asylum. Who is the small man in this picture?

Allowing exceptions for the Iran nuclear deal and the short-lived rapprochement with Cuba, US foreign policy since 9/11 has meant a unified government under the war party. The Trump presidency was a kind of interregnum. The most immoral and personally vicious of American presidents was, strange to say, not particularly fond of wars, and Trump (unlike his five predecessors) found no new war to fight. He may have had no higher motive than that wars are bad for the hotel business. Nevertheless, the lack of a significant enemy on the horizon has been a deep disappointment to the war party.

Historically, the Democrats have been obedient to instruction by the masters of war. Schiff voted for the Iraq War. Warner voted against ending it. Chuck Schumer did them one better and followed his vote to bomb, invade, and occupy Iraq with a vote against the Iran nuclear deal. In late February, we were told the Biden administration was preparing fresh sanctions to penalize Russia for the two-and-a-half-year jail sentence of Aleksei Navalny. But sanctions, whether the target is Russia or Iran, hurt people more than governments. Nor do they lead people to love the country that inflicts the pain. The left-liberal side in America is now preoccupied with race, but in the 21st century, our most shocking acts of racism have been committed abroad, in places like Fallujah, Sanaa, and Gaza City, where US weapons were deployed, even when US soldiers were not.

It would be interesting to learn how the racially enlightened New York Times, Washington Post, CNN, PBS, and MSNBC align their rigorous reporting on the sufferings of nonwhite US residents at the hands of police with their largely uncritical treatment of US wars of aggression, which since 2001 have killed not thousands but hundreds of thousands of nameless foreigners. The two pictures hardly seem compatible, unless, guided by corporate pledges to diversify, we are meant to assume the contradiction will be overcome and the relevant suffering at an end when Black people constitute 13 percent of the corporate boards of DynCorp, General Dynamics, Lockheed Martin, and Raytheon. 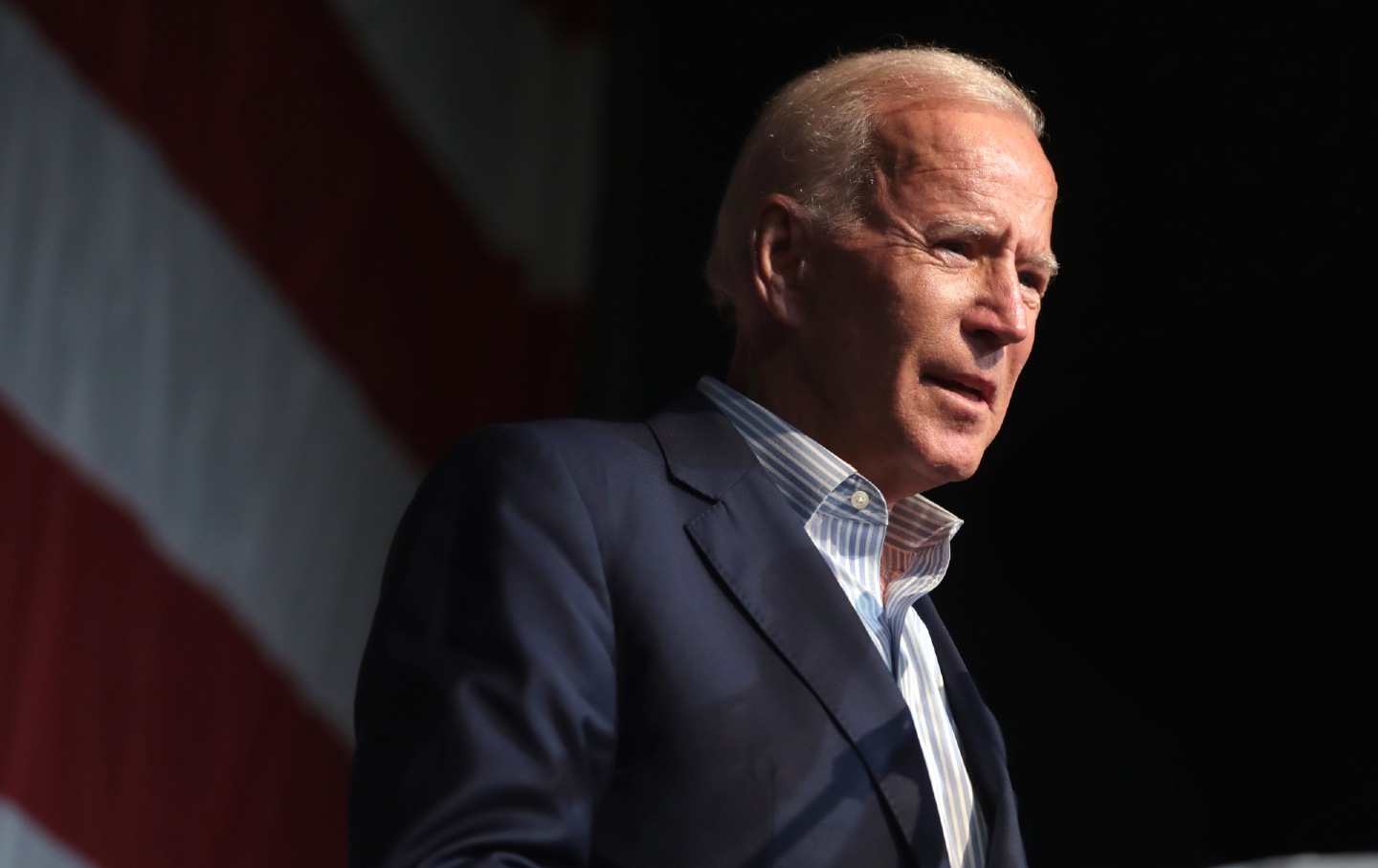 Meanwhile, the Democrats’ understanding of militarism—always the friend of censorship—is being tested on another front. On February 11, the Biden Justice Department followed William Barr’s precedent and refiled an appeal to extradite Julian Assange from Britain to stand trial in the United States. The order was submitted by the acting attorney general, but it is doubtful he would have done so without consulting Biden’s attorney general nominee, Merrick Garland. The British judge who initially rejected the US request did so on the ground that Assange was unlikely to survive in a US prison.

Publishers are afforded protection by the First Amendment, while sources are not. Perversely, Assange is being treated as a source, but it is not clear that he broke any laws that are not regularly broken by the leading US newspapers, networks, cable stations, and online news outlets. As with Snowden eight years ago, the reason for the indictment is that US security and intelligence chiefs want Assange’s head. And how can the Democrats say no? Their indifference to such abuse signals their alliance with the unaccountable bureaus and agencies in question, while the corporate liberal media look on approvingly.