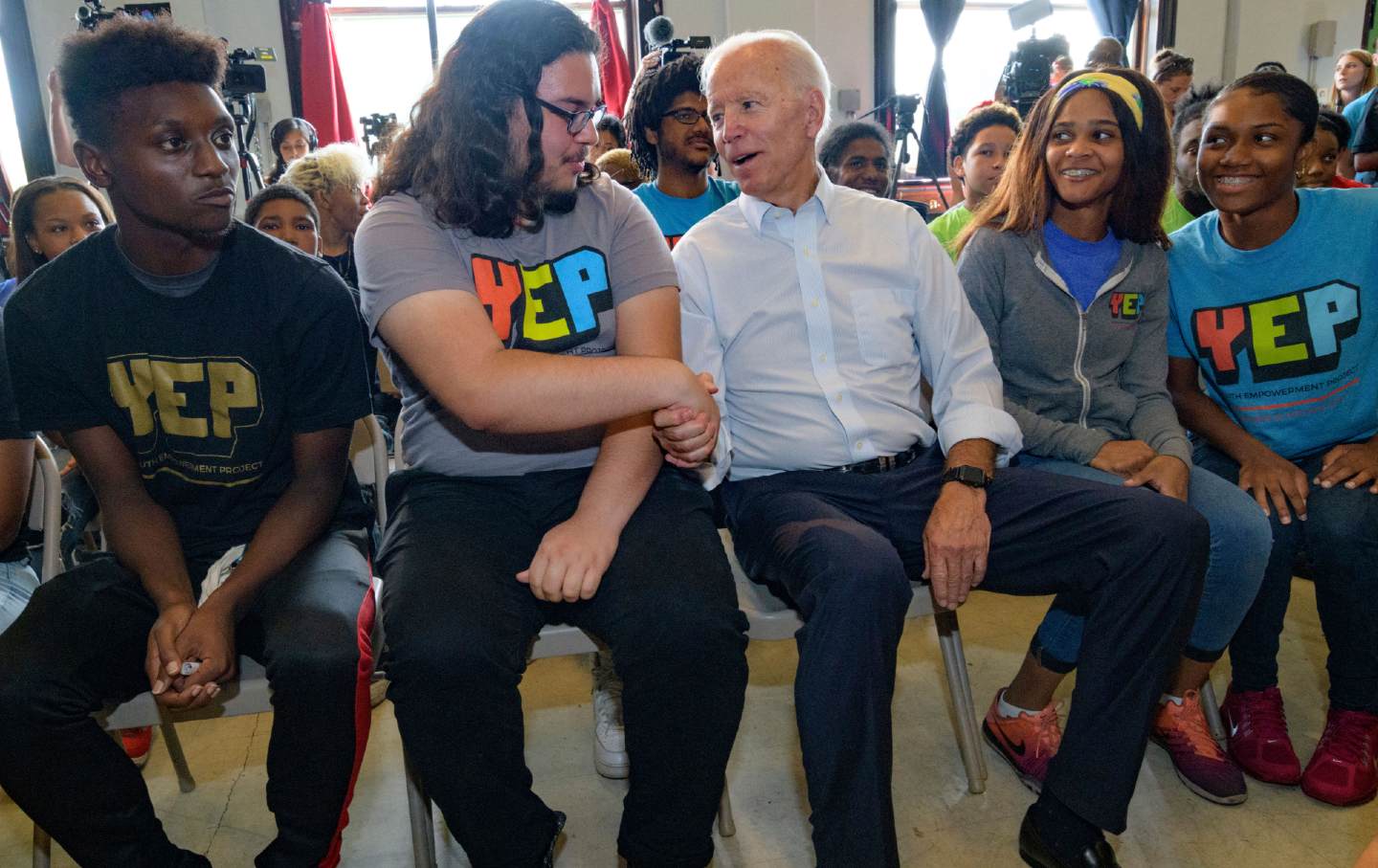 Joe Biden won another string of victories in the Democratic presidential primaries on Tuesday night, making the path for Bernie Sanders much more difficult. One crucial victory was in Michigan, a delegate-rich state that Sanders won in 2016. That earlier victory was a key part of the argument that Sanders has a unique appeal to Midwestern voters.

Speaking off the record with reporters, Sanders’s senior advisers were blunt that the night was a major setback. One told Yahoo News, “The god damn plane has crashed into the mountain.” Speaking to CNN, another adviser said that the Michigan loss was especially bad because “this was his path. Tonight was his path. It didn’t happen.” Posting on Instagram, Representative Alexandria Ocasio-Cortez, one of Sanders’s most prominent surrogates, said, “There’s no sugar-coating it. Tonight’s a tough night. Tonight’s a tough night electorally.”

Sanders still shouldn’t be ruled out completely. There’s a debate coming up on Sunday, the first time Biden and Sanders will face off head to head. It’s telling that one of Biden’s top supporters, House majority whip Jim Clyburn, called on the DNC to “step in” and cancel future debates. This proposal speaks to a lack of confidence in Biden’s ability to hold his own.

The fortunes of the race could still change. But Biden is now the clear front-runner. As such, he needs to think about uniting the party and bringing in the voters he’s not getting. While Biden has built an impressive coalition, he’s still lagging in two groups that will be essential for any winning coalition in the general election: Latinos and young people.

Biden’s trouble with Latinos is worth revisiting at a future date. It ranks with his failure to excite the young as one of the most striking features of the race. There has been a strong generational division in every state. In no state, even the ones Biden has won overwhelmingly, did he get the most votes with voters under 30. In fact, in many states he’s failed to get the most votes of even voters under 50.

Biden won Michigan because voters 50 and over made up 55 percent of the electorate. If he’s the nominee, he’ll face a problem in a general electorate where his strength among those over 50 will be diluted by the fact that most middle-aged and senior citizens vote Republican. To win in the general, Biden will have to do what Barack Obama did in 2008 and 2012: excite young voters. Hillary Clinton lost in part because she failed at this, a problem that was foreshadowed by her poor showing against Sanders among young people in the primaries.

On MSNBC, former Obama adviser David Plouffe argued that getting young people energized on behalf of Biden was “the Manhattan Project both for the Biden campaign and the party.” According to Plouffe, Biden’s anemic support among the young was his biggest weakness and a marked contrast with the Obama coalition.

How the Supreme Court Gave Cops a License to Kill

Can Biden Fix the Courts That Trump Broke?

CNN analyst Van Jones made the same point in scorching language. “This is a very dangerous moment for the Democratic party,” he warned. “You have now an insurgency about to be defeated. What do you do with the people that you defeat? There was the hope on the part of a lot of young people that you had a champion.” He went on to observe that when Sanders was defeated in 2016, the Democratic campaign had the assumption “all those people were going to fall in line and vote against Trump. There was not enough care for the concern and pain of his base.” Van Jones predicted that unless the Democratic Party tries to reach those young people who voted for Sanders, the triumph of Joe Biden in the primaries will be “a Pyrrhic victory.”

The open question is what could Biden do to win over the Sanders faction, which is a minority in the party but a sizable and committed one. Biden’s instincts as a politician will be to track to the center after he wins the nomination. But if he does that, he’ll repeat the mistakes that cost Hillary Clinton the election.

It’s imperative for Sanders and his allies to push hard for maximum demands. Biden could adopt some of Sanders’s signature policies and promise positions to Sanders’s allies, not excluding the vice presidency.

As Sanders’s surrogate Linda Sarsour notes, “If Biden gets this nomination and wants Bernie supporters he’s going to have to concede & negotiate on issues. We need to be able to inspire voters on the issues that moved us/them to support Bernie Sanders. I think this is fair and reasonable. We have to push him to the left.” One reason for Sanders to stay in the race a bit longer is to be able to continue to pressure Biden along these lines. The name of the game will now be to show Biden that there are large chunks of the party he still needs to court.