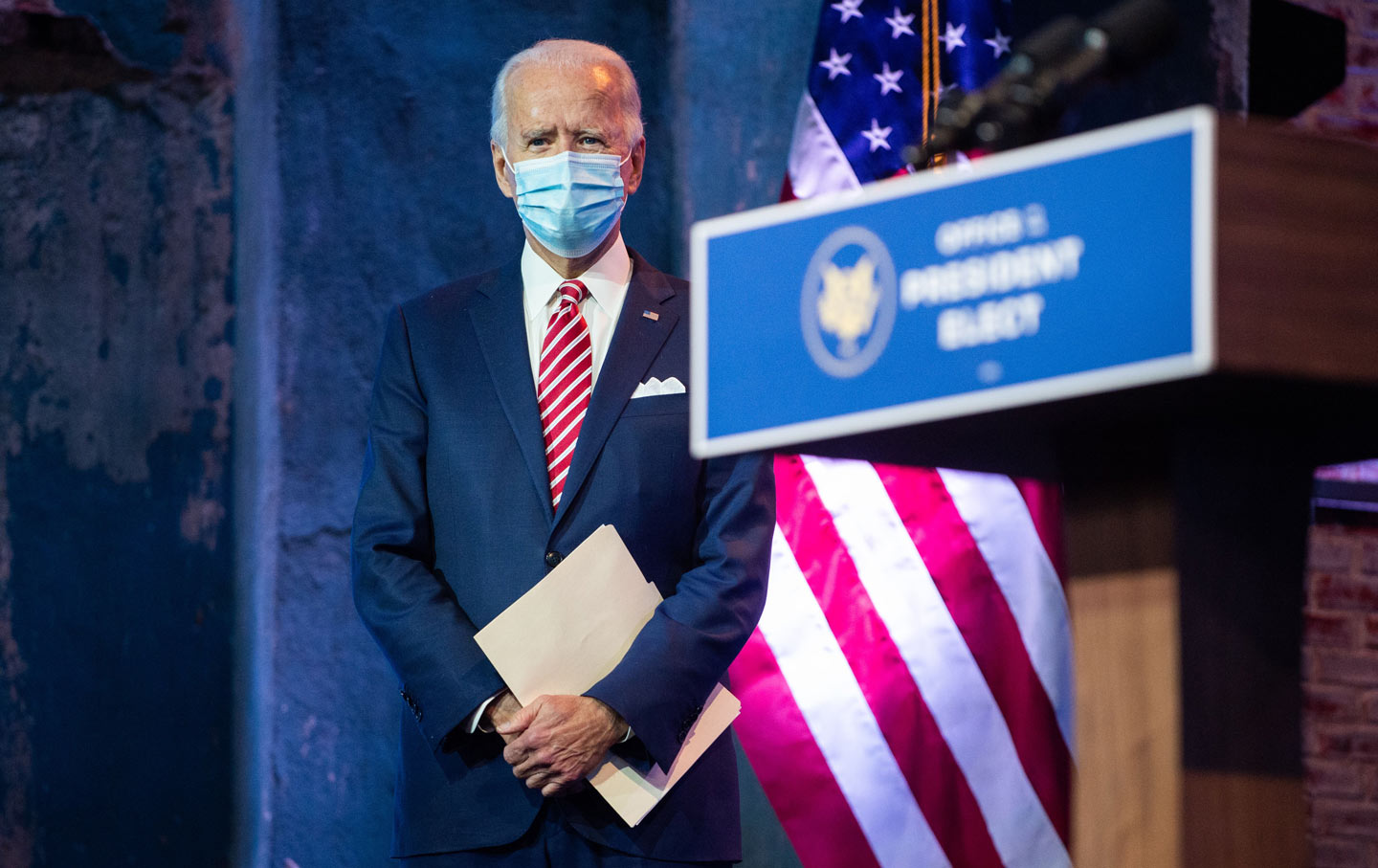 Refusing to concede his loss in the presidential election, Donald Trump continues to spin absurd conspiracy theories, file vexatious lawsuits, pressure state lawmakers to overturn vote counts, and in general stonewall the transition to the next presidency. On Sunday night, Trump sent out one of his typically nonsensical tweets, writing, “In certain swing states, there were more votes than people who voted, and in big numbers. Does that not really matter? Stopping Poll Watchers, voting for unsuspecting people, fake ballots and so much more. Such egregious conduct. We will win!”

The stalled transition is becoming a big problem for Joe Biden, since his staffers aren’t able to meet their counterparts in government or receive briefings. Nor is the Biden team getting any federal funding to set up the offices it needs to staff the new presidency. On Friday, Biden used this unprecedented situation to fundraise. He tweeted, “Here’s the deal: Because President Trump refuses to concede and is delaying the transition, we have to fund it ourselves and need your help. If you’re able, chip in to help fund the Biden-Harris transition.”

It’s common for campaigns to turn to donors to help defray some of the costs of a transition. But Biden’s request for money struck a discordant note because of the special circumstances of 2020. After all, Trump is forbidding medical experts inside the government from talking to the Biden team. This will slow down the ability of the new president to develop a Covid policy. It’s not hyperbolic to say people will die because of Trump’s peevish inability to admit he was defeated.

But Biden has shied away from fighting Trump on those grounds. As Ben Smith noted in The New York Times, “some of President-elect Biden’s supporters” are frustrated “as he forgoes a full-throated confrontation over President Trump’s refusal to concede and delivers without fanfare a stream of appointments and an online transition fund-raiser.” Biden prefers to do the steady work of staffing his administration rather than respond to Trump’s clownishness. This is an understandable strategy.

Biden’s low-key approach to Trump’s sabotaging of the transition is in keeping with the president-elect’s larger theory of the political moment. Biden has long seen Trump as an outlier or anomaly, a destructive force who somehow gained the presidency and warped the country’s natural evolution. By this theory, once Trump is out of office, he’ll lose his sway over the Republican Party. American politics will cease their extreme polarization and return to the pre-Trump era, with Republicans and Democrats forced to make concessions in order to govern.

Biden articulated this theory in the speech he gave in May 2019 announcing his candidacy. “The American people want their government to work, and I don’t think that’s too much for them to ask,” Biden said. “I know some people in DC say it can’t be done. but let me tell them something, and make sure they understand this. The country is sick of the division. They’re sick of the fighting. They’re sick of the childish behavior.” As Chris Cillizza of CNN noted, “That belief—that Trump was an anomaly, a glitch in the Matrix—undergirded Biden’s entire primary and general election campaign. He campaigned as the change candidate—to change things back to the way they were in the not-so-bad old days when Republicans and Democrats fought but eventually found ways to work together.”

But already in the transition, we are seeing the major problem with this theory: What happens if Trump doesn’t go away? What if he decides to stay in the fray, remain a Republican kingmaker and possibly run again in 2024? It would go against political norms, since you would have to go back to the era of Grover Cleveland and Theodore Roosevelt to find a former president eager to get back into the ring. But Trump has never respected norms. He likes to be the center of attention.

If anything, the transition has highlighted how much power Trump still has over Republican lawmakers. Only six Republican senators have even acknowledged Biden’s victory: Lisa Murkowski, Ben Sasse, Marco Rubio, Susan Collins, Pat Toomey, and Mitt Romney. A few other senators have called for the Trump White House to share intelligence briefings with Biden, even though they refuse to acknowledge the results of the election: John Cornyn, Ted Cruz, James Lankford. As Carl Bernstein noted on CNN, many Republican senators in private express “extreme contempt” for Trump (Bernstein provided a list of 21). But they usually shy away from saying so in public, for fear of offending the Trump-loving base of the Republican Party.

Trump’s attempts to thwart the results of the election have put him into conflict with the Republican governors of states like Georgia and Ohio. As Politico notes, these conflicts are a way for Trump to assert his power over the party. “Trump’s intrusions into Georgia and Ohio provide an early test case for how he might use his stranglehold on the conservative base to control the party long after he leaves the White House,” Politico observes. “Never mind that Trump will no longer be in power: Cross him, and you will pay.” 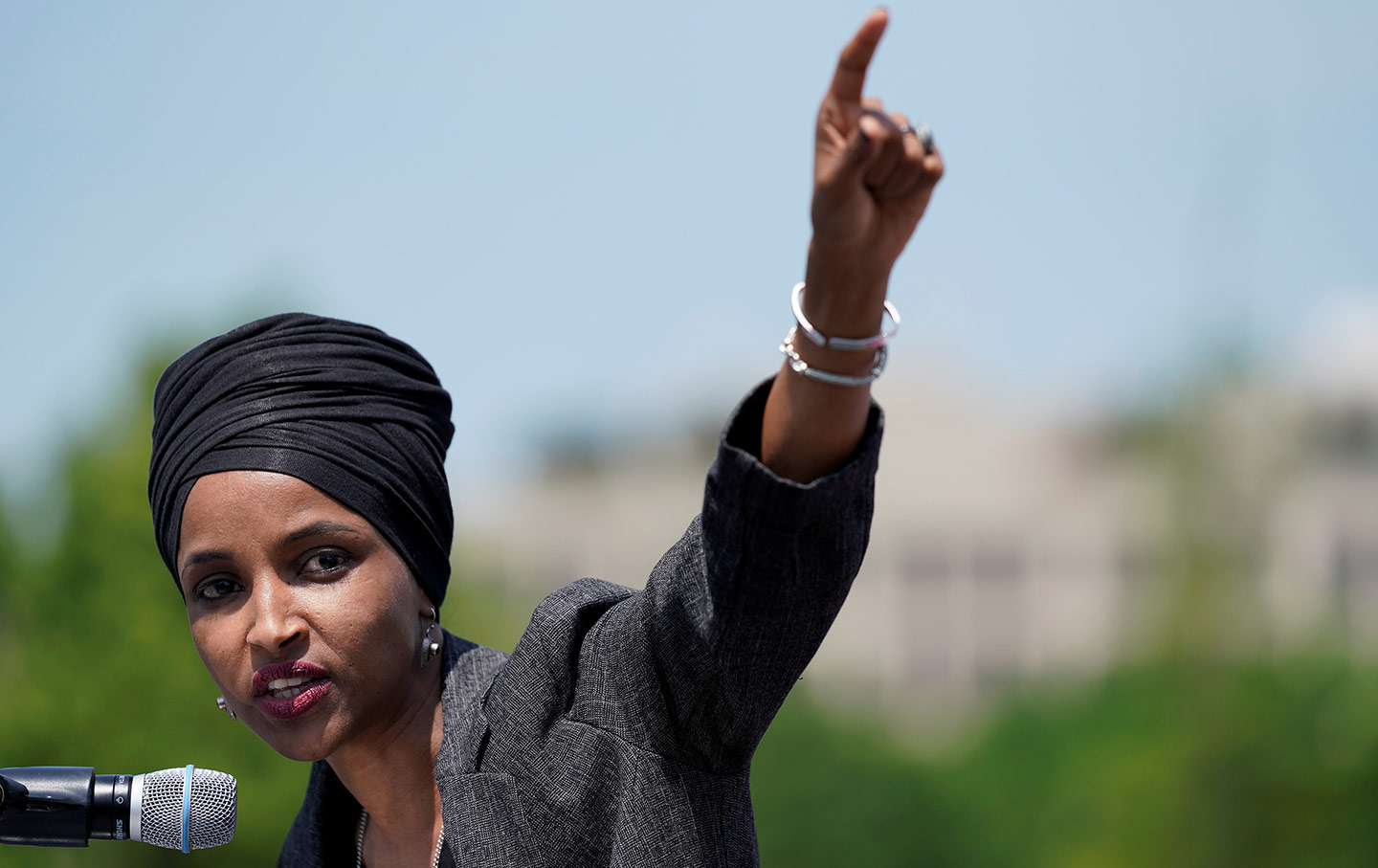 Trump is preparing to be both a kingmaker and something more: the king in exile. The myth of the stolen election will bind ordinary Republicans to him more tightly and make party leaders even more fearful of offending him.

But if Trump remains a force in American political life, then what happens to Biden’s theory that the electoral defeat of Trump will restore normality? The votes are still being counted, but Biden is likely to have won a decisive popular-vote victory of more than 7 million (almost all the outstanding votes are in Democratic areas). But this victory has done nothing to sever the ties between Trump and the GOP. Still loyal to Trump, most Republican elected officials can’t even grant Biden the title of president-elect. After inauguration, these same Republicans will be under enormous pressure from Trump and his followers to not cooperate with Biden and to do what they can sabotage his presidency.

At some point soon, Biden will have to admit that he needs a new theory of politics. Just expecting Trump to fade away after electoral defeat is a forlorn hope. Biden will have to govern as the president of a nation where Trump is the leader of the opposition. Which means Biden can ill-afford to keep avoiding a fight with Trump.