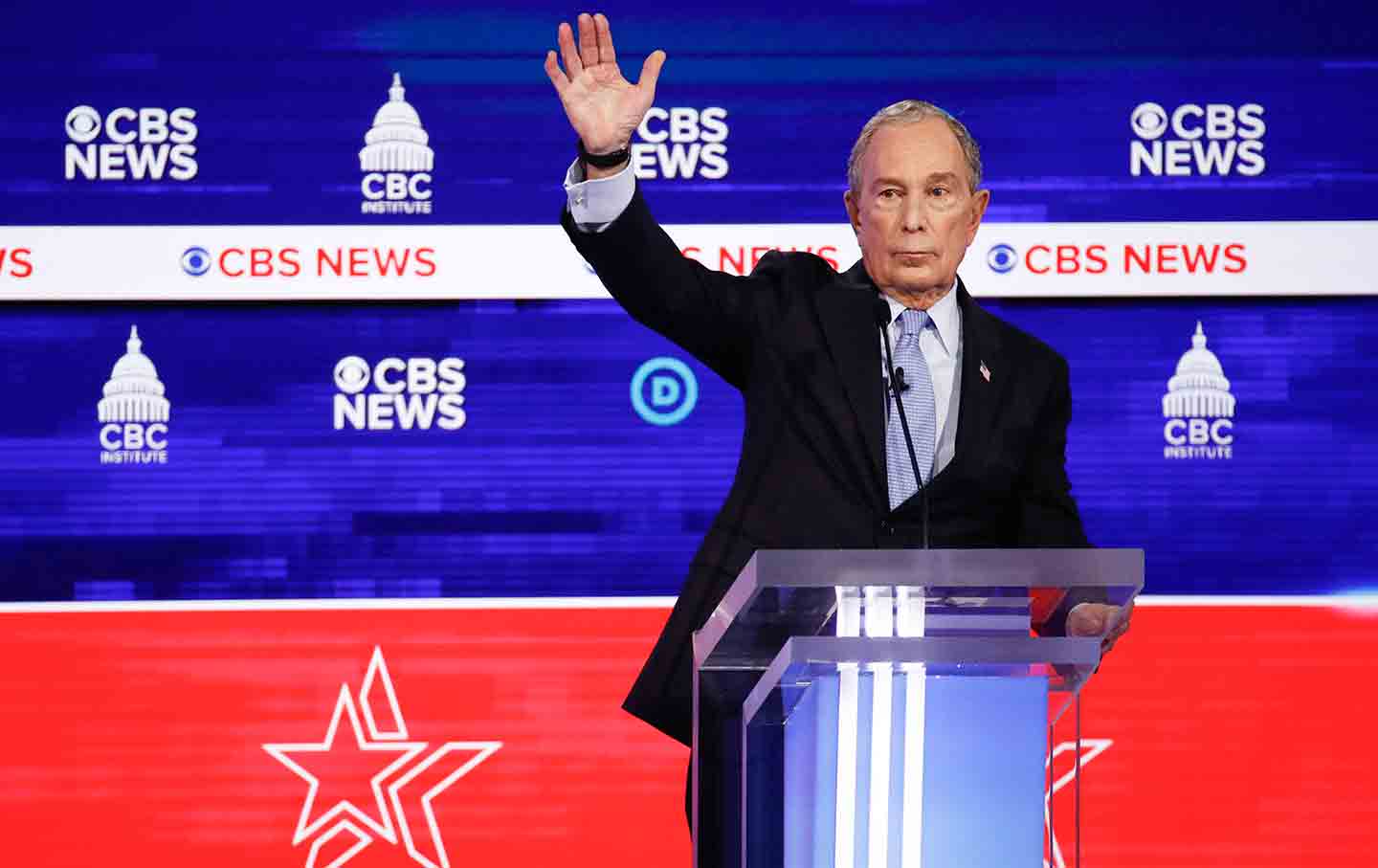 Bernie Sanders’s overwhelming victory in the Nevada caucuses is sending shock waves through the American political system. At press time, though he still faced a test in South Carolina, he was clearly the front-runner to be the Democratic presidential nominee, with the clearest path to victory.

The panic of the Democratic political elite was most visible on MSNBC, where many of the news anchors and guests looked as if they were auditioning for a remake of David Cronenberg’s Scanners, the classic 1980s horror flick whose most famous scene involves a spectacularly exploding head. The fast-talking Chris Matthews was particularly distraught, comparing Sanders’s win to the Nazi conquest of France. Before Nevada, Matthews invoked the specter of mass executions of political opponents in Central Park. James Carville echoed this language and worried that Vladimir Putin was chortling at Sanders’s triumph.

Sanders’s rise has been matched by the increasing prominence of Michael Bloomberg, who injected an unprecedented half a billion dollars into the race. After Nevada, the Bloomberg campaign said it would focus its energies on attacking Sanders. Voters can expect an onslaught of negative ads featuring decades-old opposition research. While Joe Biden and, in several polls, Elizabeth Warren are polling better than Bloomberg, the former New York mayor is the true opposition to Sanders. Bloomberg is the voice of those in the Democratic Party who insist that Sanders is unacceptable.

The party is facing a choice between not just two candidates but two different models of politics. The Sanders model (which Warren is also following) depends on small donations, grassroots organizing, and bringing new voters into the system through a volunteer army of canvassers. The Bloomberg model involves the ninth-richest man in the world using his personal fortune to create a political “movement” that is completely top-down, one that relies on a network of supporters who are either paid employees or beneficiaries of his philanthropy. What Bloomberg is doing has no real precedent in American life. Even previous wealthy politicians like Franklin Roosevelt and John F. Kennedy rose to prominence by working within existing party structures. 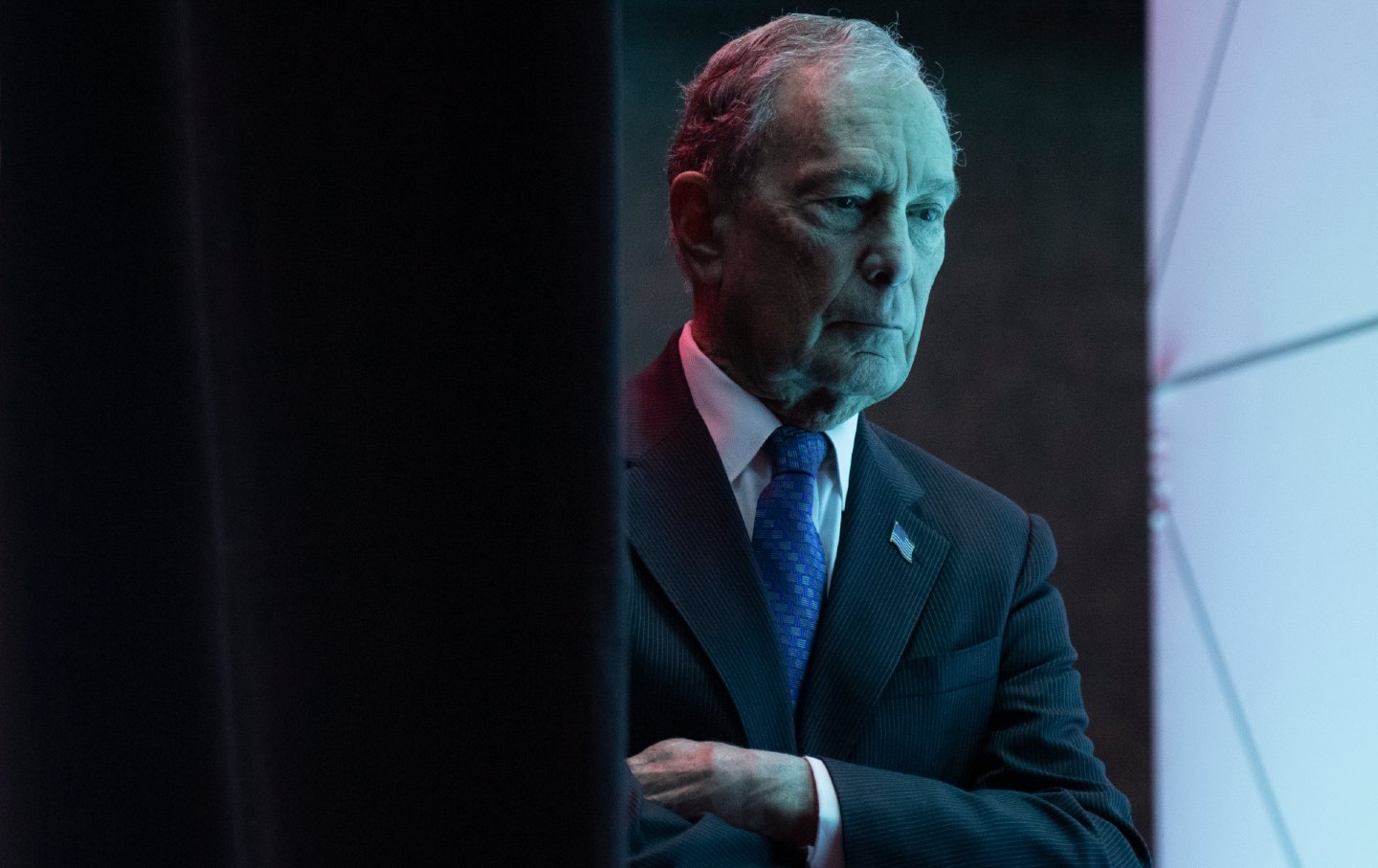 It’s not just that Bloomberg was a Republican from 2001 to 2007 and rejoined the Democrats only in 2018. The history of his endorsements and donations shows that he acts like a special interest rather than a party member. In 2016 he was a major factor in the reelection of Pennsylvania Republican Senator Pat Toomey, giving $12 million to his campaign. Bloomberg continued funding and endorsing Republicans in 2018.

Bloomberg is creating a model for running for president, one in which a rich man can simply buy a political party with the same ease he acquires a mansion or a yacht. If he is the nominee, then the Democratic Party will be a wholly owned subsidiary of the billionaire. If he is less successful but substantially influences the process by exercising a veto over Sanders’s or Warren’s nomination, then the Democrats can be seen as a firm partly owned by its voters and partly by Bloomberg LP.

Sanders, like Bloomberg, can be accused of not being a Democratic Party loyalist. But the difference is that Sanders is an insurgent trying to create a mass movement that could infuse the Democrats with new blood. Bloomberg simply wants to buy the existing party and turn it into an instrument of his ambition.

It’s possible that Bloomberg could win the nomination and the presidency. If that happens, he will transform the very nature of the Democratic Party and also diminish—and possibly extinguish—the reform movements headed by Sanders and Warren.