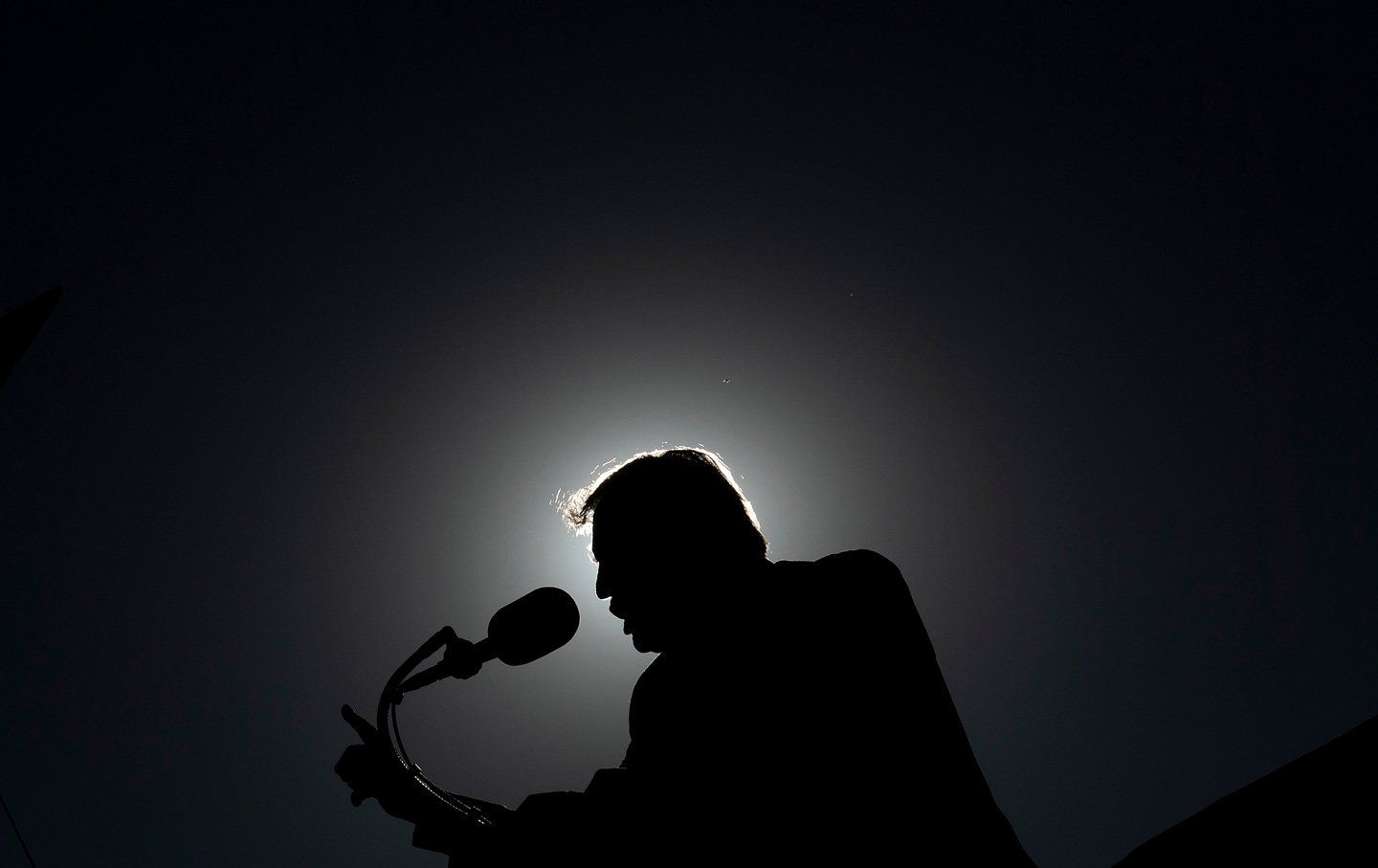 The most compelling argument for the conviction of Donald Trump for incitement of insurrection came when Representative Jamie Raskin recalled during the former president’s second Senate impeachment trial that Trump had “declared after the insurrection that his conduct in the affair was totally appropriate.”

“Therefore,” observed the lead House impeachment manager, “we can only assume he could do and would do the exact same thing again.”

This concern was sufficient to convince 57 senators to form the largest and most bipartisan majority for conviction in the long history of presidential impeachment trials. That was not the supermajority required to achieve the form of constitutional accountability outlined in the impeachment clauses. But there is another form of constitutional accountability that scholars suggest could be used to address the threat Raskin described.

Pulitzer Prize–winning historian Eric Foner has argued that Congress could, with a simple majority, begin a process of invoking Section Three of the 14th Amendment, which allows for the disqualification from public office of supporters of insurrection. “This can be invoked against anyone who has ever taken an oath to support the Constitution, including the president,” Foner has said. “It’s much simpler than impeachment. It is not a judicial proceeding. It’s a political proceeding. It doesn’t involve lawyers or trials. It is simply about qualification for office. You could have one afternoon of debate and a vote.”

On Thursday, more than a dozen groups with histories of working on accountability issues—including Citizens for Responsibility and Ethics in Washington, Common Cause, Project on Government Oversight, Public Citizen, and Protect Democracy—urged Senate majority leader Chuck Schumer (D-N.Y.) to call on Congress to utilize the 14th amendment strategy to disqualify Trump.

In their letter to Schumer, the groups encouraged the majority leader to have the Senate

recognize that President Trump is disqualified from future office under the provision of that “disqualifies from public office any individual who has taken an oath to uphold the U.S. Constitution and then engages in insurrection or rebellion against the United States, or has given aid or comfort to those who have.”

Impeachment, conviction, and disqualification might be considered the primary method for holding the former President to account, and prohibiting his return to public office. But it is not the only tool that the Constitution provides to address grave threats of this nature to the Republic. Section Three is another. Drafters of this provision were concerned that former Confederate leaders would use state and federal positions to corrode and subvert the fragile constitutional order at a time when the nation was just emerging from the Civil War. The text, however, is written broadly to stand the test of time. While the tool lay largely dormant for over a century, so too did insurrectionist threats. Text and history now compel this Congress to exhaust its constitutional options for addressing the events leading up to and on January 6th. Not doing so will increase the likelihood that such dangerous behavior not only continues, but escalates.

The letter lays out several strategies for invoking Section Three, arguing that “in the immediate wake of the impeachment trial, Congress could either:

● Pass a resolution with factual findings and expressing its view that Section Three applies to former President Trump. Though a resolution would not have the force of law, it would cast a cloud over any future candidacy by Trump and provide grounds for further actions challenging a future candidacy.

While direct legal strategies might also be employed to invoke Section Three, the groups argue that congressional action would provide the most powerful signal, and establish the strongest grounding for seeing off inevitable challenges by Trump lawyers. They also suggest that getting the Senate to join the House in taking action is politically and practically possible.

“We believe that such legislation or a resolution could garner the necessary bipartisan support,” the letter explains. In addition to the 57 senators who voted to convict Trump, they note that

38 Republican Senators who voted to acquit the former president did so explicitly on procedural grounds, impugning the constitutionality of the trial. While this claim was widely disputed by legal scholars, those grounds for acquittal would be irrelevant here. In fact, Senators on both sides of the aisle (including 13 Republicans who voted to acquit) roundly condemned the behavior itself for which the former president was on trial—behavior that, as a legal matter, is well within the scope of Section Three. This includes Senator McConnell who, while casting his vote on procedural grounds, forcefully condemned the former President as “practically and morally responsible for provoking the events of [January 6].

Raskin, the Maryland Democrat who was a constitutional law professor for 25 years before his election to the House, has spoken about utilizing Section Three to disqualify Trump. “Donald Trump is right in, you know, the bullseye middle of that group,” the congressman said in a post-trial conversation that referred to the intent of the drafters of the 14th Amendment to prevent individuals who had engaged in or “given aid or comfort to” insurrection from returning to positions of public trust. Pointing out that Trump “really does fulfill exactly the constitutional prohibition there,” Raskin explained in an interview with ABC News that citizens could challenge a new Trump bid in the courts or that there “conceivably could be an affirmative statement by state legislators, by Congress, by other institutions.”

The groups that wrote Schumer want Congress to step up.

“Americans across the political spectrum agree that a peaceful transfer of power is among our most sacred institutional practices, and indeed, forms the basis of our democracy,” they warn. “The former president may or may not instigate further insurrection or rebellion; but others, emboldened in the absence of consequence, surely will. Section Three is meant to ensure that any future presidents or would-be office-holders are dissuaded from the notion that the U.S. will permit violent insurrections to contest the will of the people. Congress should expeditiously turn to a constitutional tool designed explicitly for this juncture.”