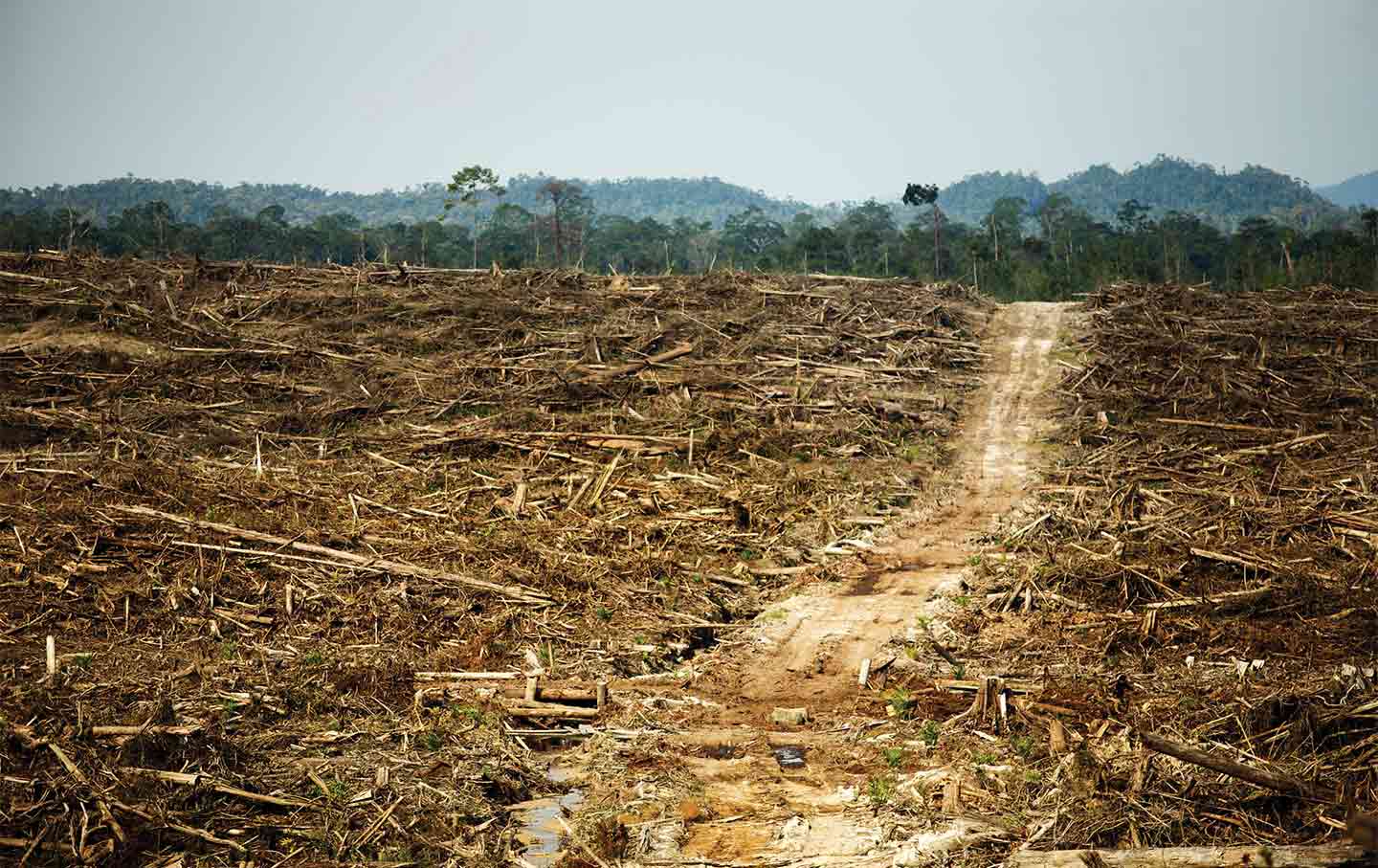 This story is published as part of Covering Climate Now, a global journalism collaboration strengthening coverage of the climate story.

The dread that many people are feeling these days about the coronavirus is nothing new to those acquainted with climate grief. As terrible as the virus is, the heat waves, droughts, fires, and floods driven by an overheated planet have killed many more people. And if current trends persist, the death toll will increase exponentially through the end of the century. In the face of so much loss, grief is understandable.

In his best-selling book How to Change Your Mind, journalist Michael Pollan reports that 80 percent of terminally ill patients in clinical trials at Johns Hopkins and New York universities felt less anxiety and depression after taking psychedelic drugs. Mark Hertsgaard, environment correspondent for The Nation and author of HOT: Living Through the Next Fifty Years on Earth, interviewed Pollan about whether those same drugs might also benefit people struggling not with their own death as much as the death of loved ones, future generations, and civilization as we know it. The interview has been edited for length and clarity.

Michael Pollan: Yes. Most of them had remarkable journeys that reset their thinking about death in many ways, removing their fear completely. And in most cases their depressions lifted.

MH: Do those experiences and your other research suggest that psychedelic drugs can be an antidote to climate grief?

MP: The first person I talked to about this was Rachael Petersen, an environmentalist. She worked at the World Resources Institute developing software that allows you to watch deforestation and fires around the world in real-time to see whether deals to protect lands, specifically in the Amazon, were being honored or not. This was incredibly depressing work. She watched the earth burn in real time and as a result entered into a serious depression. She received psychedelic therapy, and while it was not a panacea, she felt it helped her, allowed her to reset and continue to do this difficult work.

MH: How did that reset happen?

MP: I can’t speak for her, but one of the things psychedelics can do is [help] people find more hope in their circumstances. After these experiences, they tend to feel less isolated and more connected—more connected to other people, to the community, and to nature. It made her realize that there were a cohort of people like herself who’d been working on this issue a long time. They’ve seen us go backwards under the Trump administration, and they’re incredibly discouraged to the point of despair. To call it an antidote is perhaps a bit strong, but having an experience like this may help them deal with their depression.

MH: If “antidote” is too strong, would “treatment” be a better word?

MP: Yeah, I think it is a potential treatment. Does it fix the environmental crisis? No. But keeping these people mentally healthy is very important to all of us. This could shift their thinking in ways that allow them to go on doing really hard work that they might otherwise give up on in despair. I think the challenge is to organize a study, take a group of people who struggle with climate grief, and see if this could indeed help them sustain their commitment.

MH: But climate grief is different in important ways from an individual facing a terminal diagnosis. Climate grief is not necessarily about your own death but more about the death of the world around you—a kind of collective, civilizational death.

MP: Yeah, and here’s what the parallels break down a little bit because part of what psychedelic therapy seems to do for individuals is reconcile them to death. And that sort of acceptance is the last thing you want in a climate activist!

MH: Are psychedelics relevant to climate grief in any other ways?

MP: Yes, and this applies not so much to activists as to all of us. Researchers at Imperial College London found that a single experience on psychedelics, specifically psilocybin, changes measures of what is called “nature connectedness”—the extent to which you feel you are a part of nature. In people who had a single psilocybin journey scores of “nature connectedness” went up consistently and fairly dramatically.

This rings true to me and to many of the people I’ve interviewed. You are less likely to objectify nature after a psychedelic experience. A high-dose psychedelic experience often shrinks the ego. The ego typically perceives the world as if there’s a single subject—you—while everything else is an object. This sort of egotism, I think, is at the heart of our environmental crisis—our ability to objectify nature and see ourselves as standing outside of it. Once you objectify something, it becomes a thing you can use for your own purposes, that you can exploit. So, to the extent the psychedelic experience seems to bring down these walls of ego and open up this powerful sense of connection, it has—at least theoretically—the potential to shift consciousness around the environment. And God knows we need that.

MH: You’re a parent. I’m a parent; my daughter just turned 15. A big part of my climate grief relates to the future she’s going to inherit. And not just her but the countless other kids around the world in her generation. Can psychedelics be helpful to parents dealing with climate grief?

MP: I think potentially [it can], to the extent that many years of doing this work has dug a certain groove in your mind. There’s a beautiful metaphor one of the neuroscientists working on psychedelic research in London offered me. Think of your mind as a hill covered in snow, and your thoughts are sleds going down that hill. The more rides on those sleds over time, the deeper become the grooves. After a while, there’s no other way to go down the hill but in those grooves. Think of psychedelics as a fresh snowfall that fills all the grooves, allowing you to take a new path down the hill.

MH: I’ve covered climate change as a journalist for 30 years, and when people ask, I always say that the only solution to climate grief for me is taking action—doing something to make me feel I’m having an effect on this. Taking action is clearly a climate solution. Are psychedelic drugs, in a different way, also a climate solution?

MP: No, I wouldn’t go that far. I think they could be a climate tool, to help us fight the battle, keep up our morale. I think the action we take around our food choices—giving up meat, for example—is more certain to have a positive effect than taking psychedelics…. But what’s exciting and new is that we’re coming to recognize psychedelics’ therapeutic value. We face existential crises on the order of someone facing a terminal diagnosis. And the fact that psychedelics can help those people is reason enough to explore their relevance for people facing that more collective sense of existential dread.