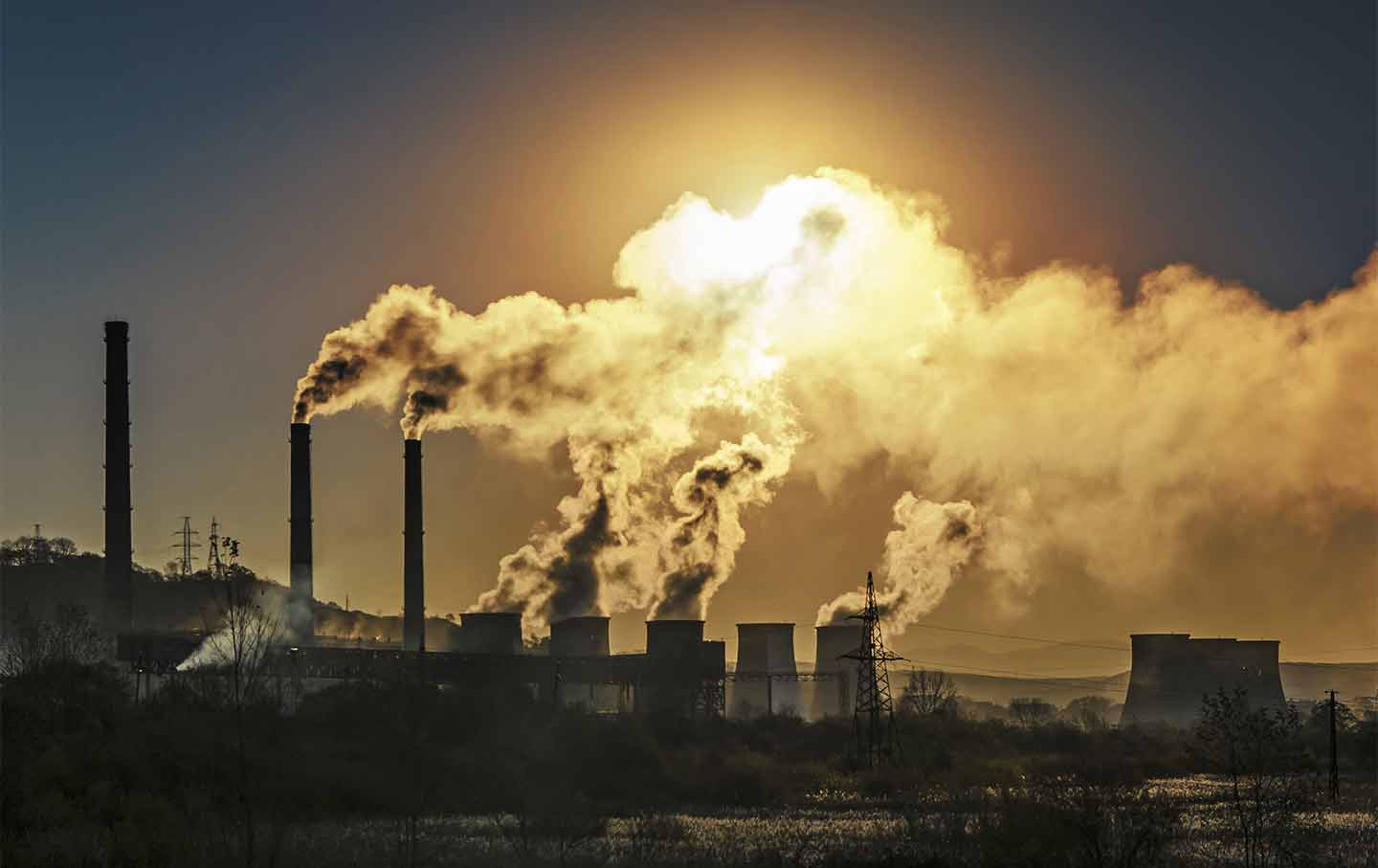 An absent dog does not bark, says an African proverb. The US press has hardly been absent during the coronavirus outbreak; many outlets have run stories about little else. But the focus on the virus has distracted the press from its watchdog function on other matters of public importance, including the climate crisis. Just as some merchants have exploited the pandemic to price gouge, some government and corporate officials appear to have chosen this moment of anxiety and distraction to engineer financial giveaways and regulatory rollbacks that under normal circumstances would be bitterly contested.

Perhaps the most egregious example is the effort by governments, corporations, and banks in the United States and Canada to revive the Keystone XL tar sands pipeline. Runner-ups include the Trump administration’s weakening of vehicle fuel efficiency standards and its halting of Environmental Protection Agency enforcement of some anti-pollution and public health protections, not to mention the White House meeting that President Trump held with the CEOs of seven of the world’s leading fossil fuel companies even as the Keystone rescue effort was unfolding. Meanwhile, three US states—Kentucky, West Virginia, and South Dakota—have passed laws that criminalize protesting against the construction of fossil fuel infrastructure such as pipelines.

In Brazil, Zezico Guajajara, an indigenous leader who for years worked to prevent illegal logging of the rain forest and thus protect the climate, was shot dead on March 31. Reuters (a Covering Climate Now partner) and the Associated Press reported the news the next day, noting that it marked the fifth murder of an Amazon forest defender in the last six months. But among US broadcast outlets, only Democracy Now! (also a CCNow partner) covered the story.

In the case of Keystone, the dog that barked was The Guardian, which ran an impassioned and meticulous column by author Bill McKibben, who has helped lead the grassroots opposition to KXL. Because tar sands are so carbon-intensive and Alberta’s supply of them is so vast, James Hansen, one of the world’s foremost climate scientists, has calculated that building the pipeline would mean “game over” for a livable climate. Trump has nevertheless pledged to revive the project, McKibben wrote. Calling out Jason Kenney, the premier of Alberta, who recently approved $1.1 billion in public subsidies to help construct KXL; TC Energy, the pipeline’s builder, which has begun moving workers to the pipeline’s proposed route despite the risks of introducing the coronavirus to local residents; and JPMorgan Chase, which led a $1.25 billion bond issue for the project, McKibben charged that these actors are “using the cover of the pandemic…to do things they could not get away with at any other time.”

Most conspicuous in their silence about such assaults on the public purse and health have been the major US television networks, according to an analysis by Media Matters, a research group. Even when a respected outlet such as Reuters, The Guardian, or the Associated Press runs a story revealing apparent skulduggery, the networks almost never follow up. One partial exception: When the Trump administration weakened fuel efficiency standards, two MSNBC newscasts briefly mentioned the move and a third did an entire segment about it, while the PBS NewsHour (a CCNow partner) did two substantive stories about it. In other words, network TV can rise to the occasion when it chooses.

The solution is not for newsrooms to stop covering the coronavirus story. It is to expand their definition of what qualifies as a coronavirus story to include profiteering from the pandemic, whether financially or politically. That’s exactly the kind of impropriety the press’s watchdog function is supposed to expose and inhibit, and there are plenty of dogs capable of fulfilling that function. It’s high time more of them start barking.