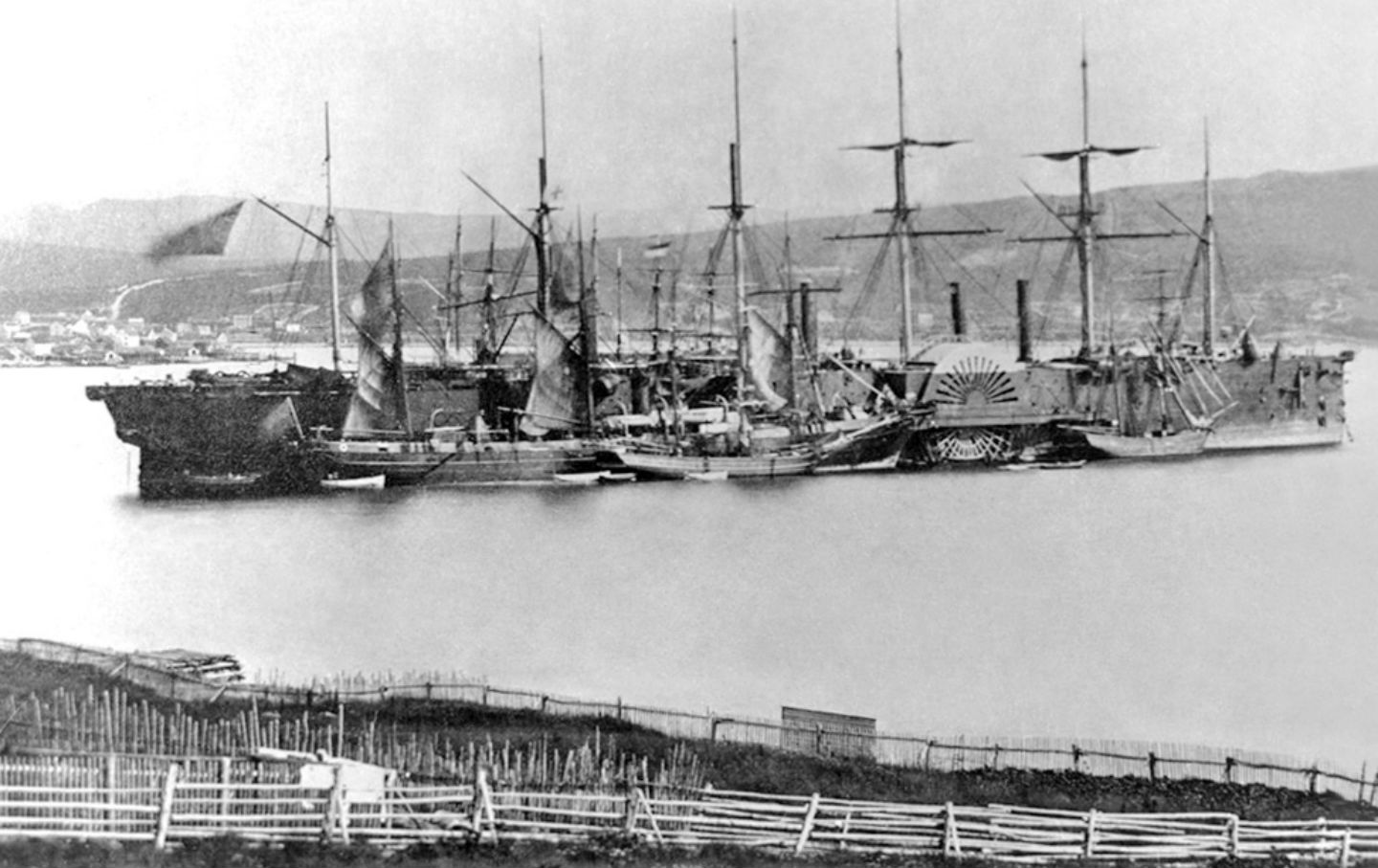 Great Eastern was the main ship that laid the cable from North America to Europe, seen in 1866. Wikimedia Commons

In this age of great technological and economic transformation, it is easy to forget that the world whose passing we mourn was itself created by previous such transformations, which bedeviled the people living at the time as many feel bedeviled now. But we don’t need to go back to the steam engine, or Gutenberg’s press, to read about such changes; The Nation has been around long enough to have documented and commented on the vast changes wrought by epochal innovations like the transcontinental railroad and the laying of the transatlantic cable. The latter was finally accomplished on July 27, 1866, and two months later, The Nation, then in its second year of publication, commented on what changes it thought the cable would bring to social and economic life. It describes a future of industrial conglomerates and managerial bureaucracy that indeed came to pass, in every particular.

The London Times comments at some length upon the immense addition to the wear and tear of commercial life which the Cable is likely to create. When merchants received one mail a day, they had the afternoon to themselves. When they received two, their whole day was gone, and when the telegraph came, their evenings went also. Now, it may be fairly expected, considering the vast spaces traversed by the ocean cables, with the difference of time at the points of arrival and departure, their nights will go also. In this country, however, the change will be less severely felt than in England. There are few merchants in America who are not already working to their utmost capacity, or who could, if a thousand fortunes depended on it, take one hour more from sleep, or eating, or social intercourse. Where it is all going to end, and what kind of life the “merchant of the future” will lead, nobody knows, or pretends to know. From present appearances it would seem as if the commerce of the world would pass into the hands of a few great houses; that all the small dealers would be converted into clerks on salaries, and everything be done by a few vast combinations conceived by half-a-dozen heads, the details being worked out by subordinates, possessing only a limited responsibility, and, therefore, suffering little from wear and tear.

The Almanac highlights something that happened every day in history and how The Nation covered it.