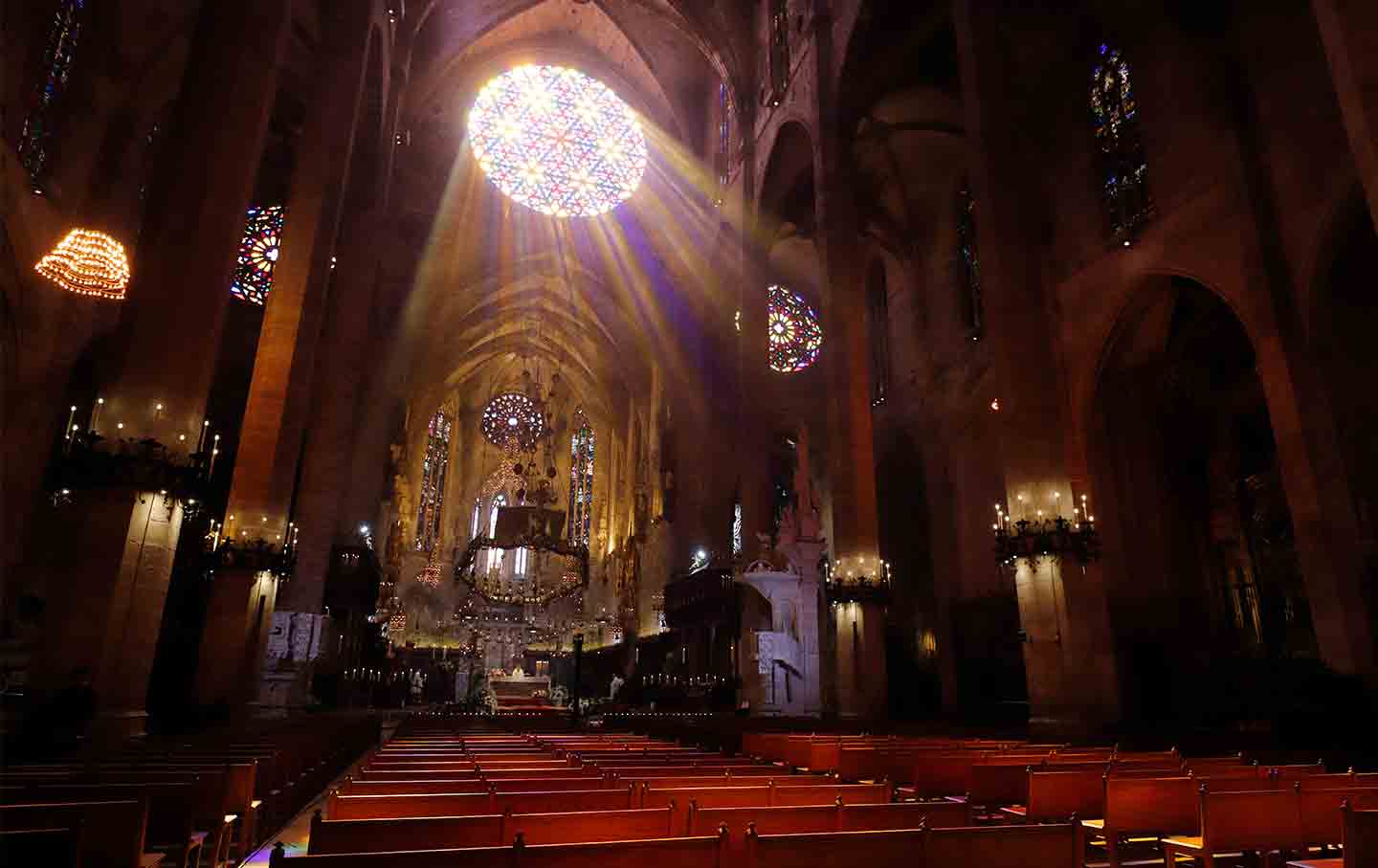 To fight the spread of the novel coronavirus in the world’s most impoverished countries, it is essential to free up the resources that those countries need to expand health care and provide a safety net for the most vulnerable people on the planet. And the way to do that is to embrace the redemptive promise of Jubilee.

“Inspired by the ancient concept of the Jubilee, a time when debts were cancelled, slaves freed, and land and wealth redistributed, bringing about greater fairness and equality in the economy and society,” the UK-based Jubilee Debt Campaign has launched an urgent international campaign to demand the immediate cancellation of debt payments for the poorest countries. And it is gaining traction in the United States, where the US Conference of Catholic Bishops and Jubilee USA are urging officials in Washington to “lead the world” by “calling on wealthy countries, the G20, the IMF and World Bank, to suspend debt payments for developing countries.”

Various faith traditions speak of debt cancellation and forgiveness. It is embedded in the Christian tradition’s Lord’s Prayer, with its line, “Forgive us our debts, as we forgive our debtors.” The book of Deuteronomy speaks of a charge “to release the hand of every creditor from what he lent his friend.” Now, religious and secular groups have amplified the message, recognizing the need to respond to a mid-March message from Pakistani Prime Minister Imran Khan, who suggested that to counter the pandemic, “The world community has to think of some sort of a debt write-off for countries like us which are very vulnerable.”

That message was heard by activists who have for decades advocated on behalf of debt cancellation and now say a Jubilee is all the more urgent.

So it was that as people of faith around the world prepared to mark Passover and Easter, more than 200 religious and secular organizations from around the world signed the Jubilee Debt Coalition’s call for the cancellation of all external debt payments from the countries of the Global South that are due to be made in 2020 and for the provision of emergency additional finance that does not create debt for these countries.

Declaring that “cancelling debt payments is the fastest way to keep money in countries and free up resources to tackle the urgent health, social and economic crises resulting from the Covid-19 global pandemic,” the groups explain:

The global Covid-19 crisis has led to falls in commodity prices, an increase in future borrowing costs for global South governments, and contributed to the largest ever capital outflow from developing countries.Government revenues will fall as a result, and debt payments will increase at the same time that countries need to expand healthcare and social protection in response to the crisis. Developing countries had already been facing heightened debt vulnerabilities and rising debt costs before the Covid-19 outbreak. The scale of the public health crisis and need for rapid policy responses means vital government resources must be urgently directed towards the needs of populations and not diverted to lenders. The outbreaks of Covid-19 so far show that time is essential. Governments need to have resources for decisive action today. Any delay will make the pandemic more difficult to control and a later repair of economic damage more costly, especially for borrower countries.

Outrageous, and incredibly dangerous. Covid-19 is spreading to many of the world’s poorest nations—places that are ill-prepared for what is to come. On Friday, under a headline reading “Yemen confirms first coronavirus case, braces for outbreak,” Al Jazeera reported, “Following years of war, Yemen already faces what the United Nations describes as the world’s worst humanitarian disaster. Aid groups have warned that a major outbreak will be ‘disastrous’ and devastate the country’s gutted healthcare system.” Vermont Senator Bernie Sanders and California US Representative Ro Khanna have in recent weeks been sounding the alarm, noting that “as the coronavirus spreads all over the world, Yemenis may be the planet’s most vulnerable people in the face of this pandemic.”

There are similar concerns for a number of developing nations in Africa, as Jubilee USA’s Director Eric LeCompte explains: “Developing countries are unprepared to deal with the economic and health impacts of the coronavirus. Most of Africa only has about 50 critical care beds per country. Without action, tens of thousands of people will die because they can’t access life saving health services.”

In an urgent April 8 letter to President Trump, LeCompte, and Bishop David J. Malloy, the chair of the Committee on International Justice and Peace for the US Conference of Catholic Bishops, pleaded with the president to put the United States on the right side of this fight when the G20 nations consult over the next week:

As the G20 considers a suspension of debt payments from the 76 poorest countries in the world, the United States can lead the world, again, in calling on wealthy countries, the G20, the IMF and World Bank, to suspend debt payments for developing countries. Suspending debt payments, with no interest, can immediately allow countries to access funds to bolster their health systems and support needed stimulus packages in the developing world—allowing these countries to provide for their own health safety and security.

Trump Is Using the Military To Hide His Weakness

To The White People Who Keep Asking How to ‘Help’