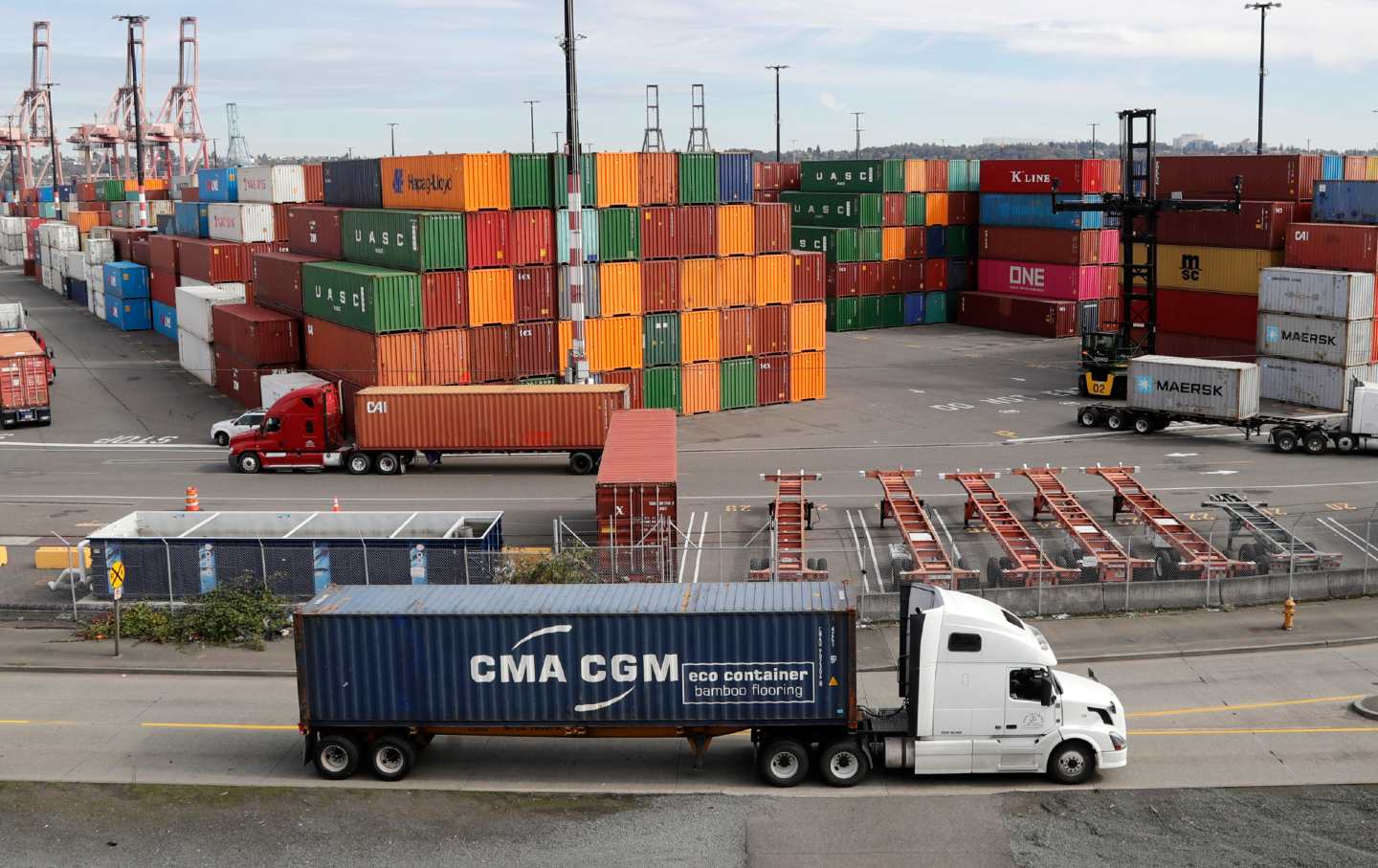 The continued vigor of the American economy is providing a new argument for those who think that Bernie Sanders is too extreme to win the presidency against Donald Trump. If the unemployment rate is lower than it has been for decades, does it really make sense to fight Trump with a candidate whose chief message is economic fairness?

David Brooks, for one, doesn’t think so. “In 2020, running on economic gloom or class war probably won’t work,” the conservative columnist argued last Thursday in The New York Times. He marshaled an impressive set of economic statistics to make his case: “Confidence in the economy is higher now than at any moment since the Clinton administration. According to Gallup, 59 percent of Americans say they are better off than they were a year ago. Three-quarters of Americans expect to be even better off a year from now.”

Brooks, of course, can be waved aside as an erstwhile Republican, now anti-Trump but still anti-left. He is someone who is naturally invested in the project of getting the Democratic Party to nominate the most conservative possible alternative to Trump.

This however, is not a concern confined to one precinct of the ideological spectrum. Brooks’s colleague Michelle Goldberg, who supports Elizabeth Warren’s bid for the nomination, has similar worries. Writing the same day as Brooks, Goldberg argued, “With the survival of American democracy at stake, it seems like a wild gamble for Democrats to turn the fight against Trump into a referendum on Democratic socialism at a time when Americans’ personal economic satisfaction is at a record high.”

In Goldberg’s case, the argument is actually against her own interest. While it’s true that Warren herself refuses the socialist label, the Massachusetts senator is running on a policy platform that is nearly as ambitious as the one Sanders is offering. If Americans are too satisfied with their lot in life to go with Sanders, they’ll hardly flock to Warren.

Brooks and Goldberg are calling attention to a genuine problem that can’t be easily ignored. The American economy has been on the rebound since 2010, the year the Great Recession that started in 2008 came to an end.

Given a decade of economic growth, will the public really want a social democratic message (even one that proclaims itself proudly capitalist, as Warren’s version does)? Wouldn’t it be better to offer a non-economic message, one that focuses on Trump’s unfitness for office, his corruption, and his social divisiveness?

Brooks argues the Democrats should focus on the need for “a moral and social revival.” The Pete Buttigieg campaign seems to be thinking along the same lines. At the start of the campaign, Buttigieg expressed a measure of sympathy for Sanders’s democratic socialism. But over time, Buttigieg has become more comfortable running as a moderate, perhaps influenced by the fact that Sanders has an intensely loyal fan base, while the leading moderate, Joe Biden, has followers who were more amenable to shifting to another candidate.

On Sunday night while addressing a New Hampshire audience, Buttigieg made clear how far he had moved to the right on economics by blasting the potential costs of Medicare for All and by suggesting that Democrats need to focus on cutting the deficit. He noted that this goal was “not fashionable in progressive circles.” Buttigieg’s adoption of austerity, coupled with his calls for an end to divisive partisanship, makes him the ideal David Brooks candidate.

Buttigieg’s fixation on the deficit amounts to a return to austerity politics—a strange move at a time when even many on the right acknowledge the need for more spending on infrastructure. As Mike Konczal of the Roosevelt Institute notes, “This shows a level of disdain for what the actual liberal infrastructure has been thinking, building, and arguing. It’s not ‘fashion.’ The deficit isn’t a priority while rates remain low, lower than growth, and we desperately need decarbonizing investment.”

That’s true—but it doesn’t go far enough. The underlying assumption that times are so good that Americans don’t have an appetite for bold economic policies is flawed. For one thing, the actual economic news is mixed. It’s true that many more people are employed than have been for decades. But those jobs are often low-paying, failing to keep pace with rising costs.

As Annie Lowrey argues in The Atlantic, Americans are facing an “affordability crisis.” Even a decade of steady economic growth has brought little relief. As she notes, “In one of the best decades the American economy has ever recorded, families were bled dry by landlords, hospital administrators, university bursars, and child-care centers. For millions, a roaring economy felt precarious or downright terrible.”

Lowrey adds, “Viewing the economy through a cost-of-living paradigm helps explain why roughly two in five American adults would struggle to come up with $400 in an emergency so many years after the Great Recession ended. It helps explain why one in five adults is unable to pay the current month’s bills in full. It demonstrates why a surprise furnace-repair bill, parking ticket, court fee, or medical expense remains ruinous for so many American families, despite all the wealth this country has generated. Fully one in three households is classified as ‘financially fragile.’”

The economic conditions Lowrey describes are exactly the kind that make social democracy more urgent than ever. They explain why many former Obama supporters voted for Donald Trump’s spurious populism even though the economy had been growing for six years by 2016. Nor have fundamental conditions improved much under the Republican president. Under Trump, the rate of growth has been roughly the same as under Obama, if not slightly lower. So it’s hard to believe that the hunger for economic change that Trump exploited in 2016 has disappeared.

In his column, Brooks cited Benjamin Friedman’s 2005 treatise The Moral Consequences of Economic Growth. But Brooks seems to have missed one of the crucial arguments of the book. Friedman shows that in general, democratic societies are more open to generous social policies in periods of economic growth than they are during recessions. One of the few exceptions to this rule was the Great Depression of the 1930s, but that was largely an accident of timing: The worst of the Depression overlapped with Herbert Hoover’s presidency, discrediting the old order so completely that it gave Franklin Roosevelt a rare opportunity to experiment for a few years until the economy recovered.

Recessions generally make people more cautious, selfish, and even ethnocentric. It is periods of sustained economic growth that make the public more receptive to the idea that the pie needs to be shared more equally, that the power of big corporations needs to be reined in. Tight labor markets are also the easiest time to unionize. The affinity between social democracy and growing economies can be seen both in the progressive era at the beginning of the 20th century and in the great boom of the 1960s, which allowed Lyndon Johnson to launch the Great Society. Even with the New Deal, many of the most crucial innovations only came after the economy started going into overdrive during the war, as well during the postwar boom of the Truman presidency. This was the era of mass unionization and the GI Bill.

Donald Trump loves touting the low unemployment rate and record-high stock market. But that’s no reason for Democrats to abandon the push for a more equitable society. Rather the reverse: If the economy is doing so well, then the question becomes: Why can’t some of the new wealth go to helping ordinary people? To borrow a famous phrase from James Carville, “It’s still the economy, stupid.”