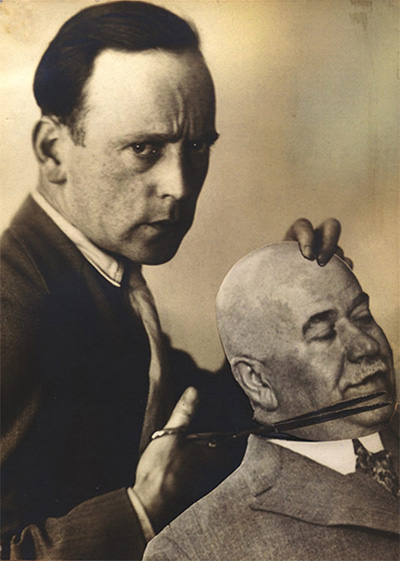 As World War I decimated a generation, a young Berlin artist born Helmut Herzfeld changed his name to John Heartfield to protest out-of-control German nationalism. In 1918, he was a founding member of Berlin Club Dada—a group of artistic rebels whose influence in all areas of culture continues to this day.1 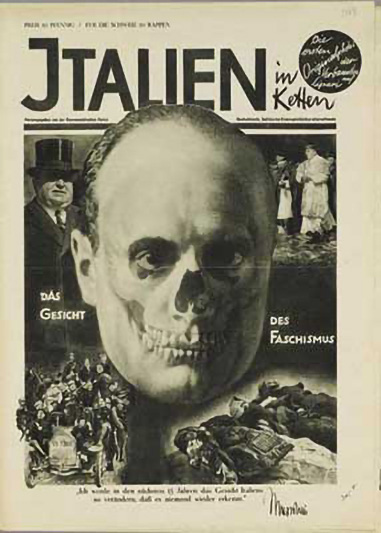 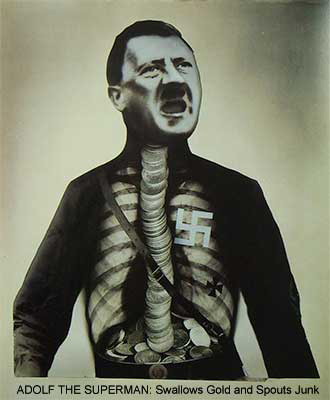 The beast within: Heartfield’s devastating portrait of Hitler made him one of the Gestapo’s most-wanted men. (Courtesy of John J. Heartfield) 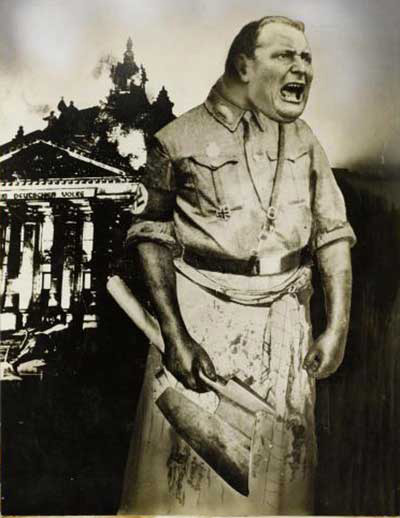 Serial killer: This portrait of Hermann Göring standing before a burning Reichstag is titled The Executioner of the Third Reich. (Courtesy of John J. Heartfield)

Heartfield revolutionized the look of German book jackets and set design. He was a lifelong pacifist whose political beliefs were a constant in his art; his stunning collages, known as “photomontages,” exposed the growing threat of fascism in Europe. Using just scissors and paste, Heartfield employed an extensive visual memory and a searing wit to expose the horrors hidden under fascism’s shiny surface. One month after becoming the undisputed leader of Germany, Adolf Hitler ordered Heartfield’s arrest. The artist narrowly avoided an SS squad, escaping to Czechoslovakia, where he continued to attack the Third Reich with his “art as a weapon.” When the German Army entered Czechoslovakia in 1938, Heartfield was high on the Gestapo’s most-wanted list. Once again, he narrowly escaped—this time to London, where for 12 years he enjoyed a measure of peace. However, the Czech Refugee Fund denied his written request to remain in England for “his health and his work.” In 1950 his brother Wieland brought him to East Germany, where Heartfield’s years in England again placed him under suspicion. However Heartfield had powerful allies there, including his lifelong friend and theater collaborator Bertolt Brecht. After Heartfield’s death in 1968, the East German government gathered his original montages, models, and sketches into an archive of his pioneering stage design work, which was virtually inaccessible for many years—making it almost impossible for academics or the public to view his original work. In 2008, I decided to reintroduce the world to the life and work of my grandfather, a man Brecht called “one of the most important European artists.”2

I first met artist Lance Hansen after The Nation published Lance’s graphic biography of George Grosz, who had been Heartfield’s close friend and collaborator. Lance originally asked me to work with him on a comic strip about my grandfather. But I thought Lance’s initial drawings captured my grandfather’s character so well that I suggested we collaborate on a graphic novel telling John Heartfield’s extraordinary life story. Please visit JohnHeartfieldExhibition.com to learn more.3 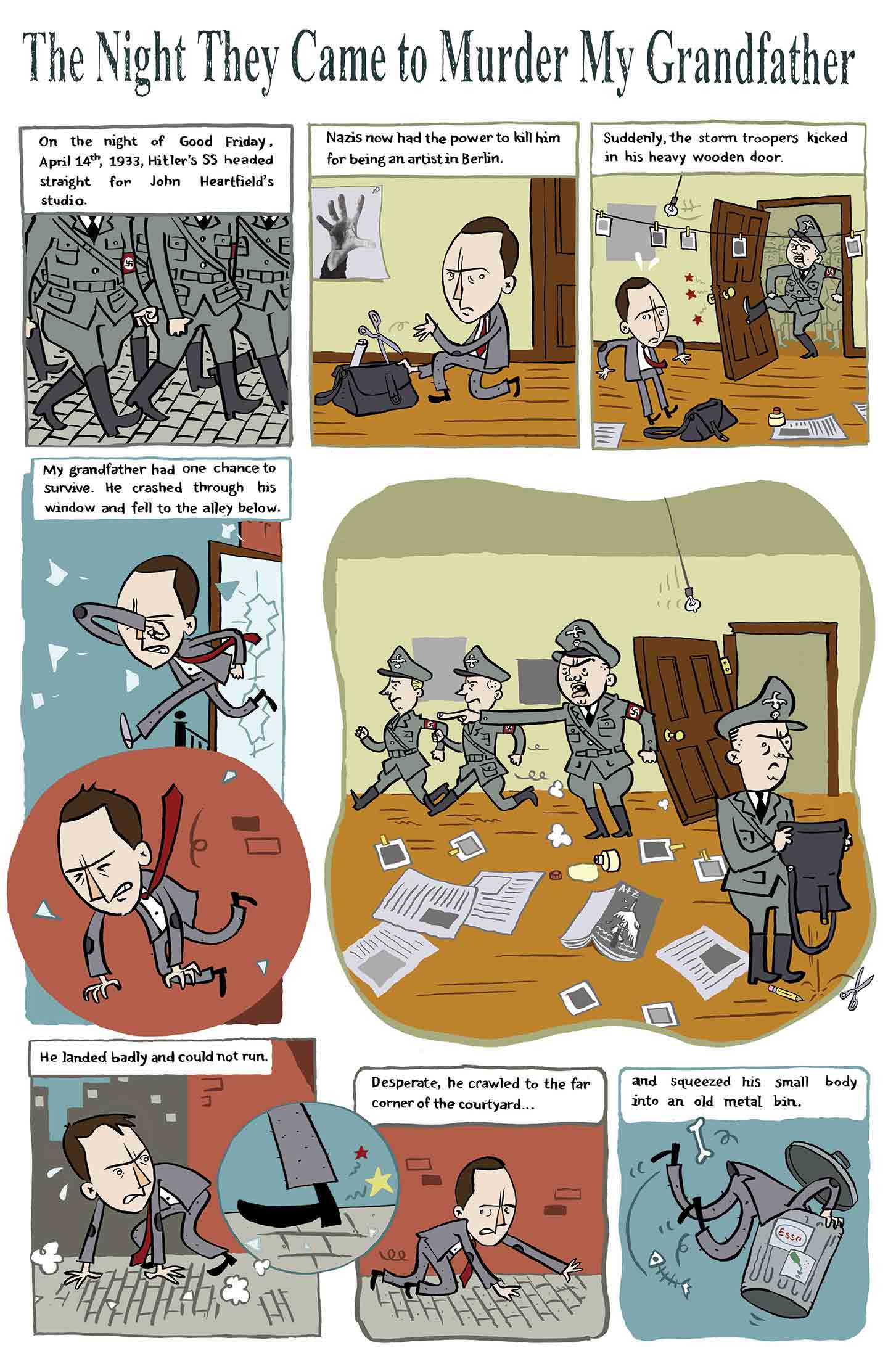 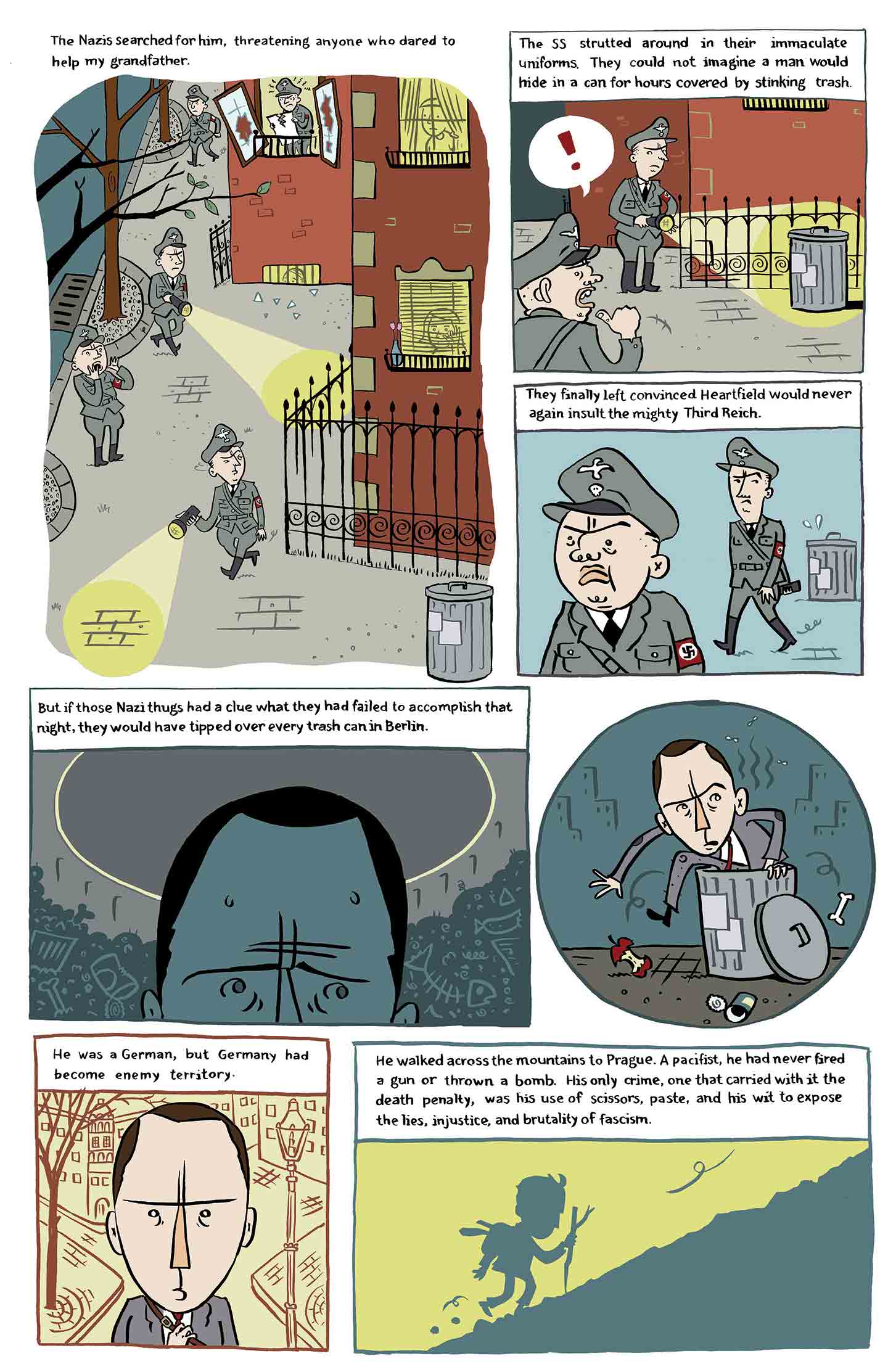