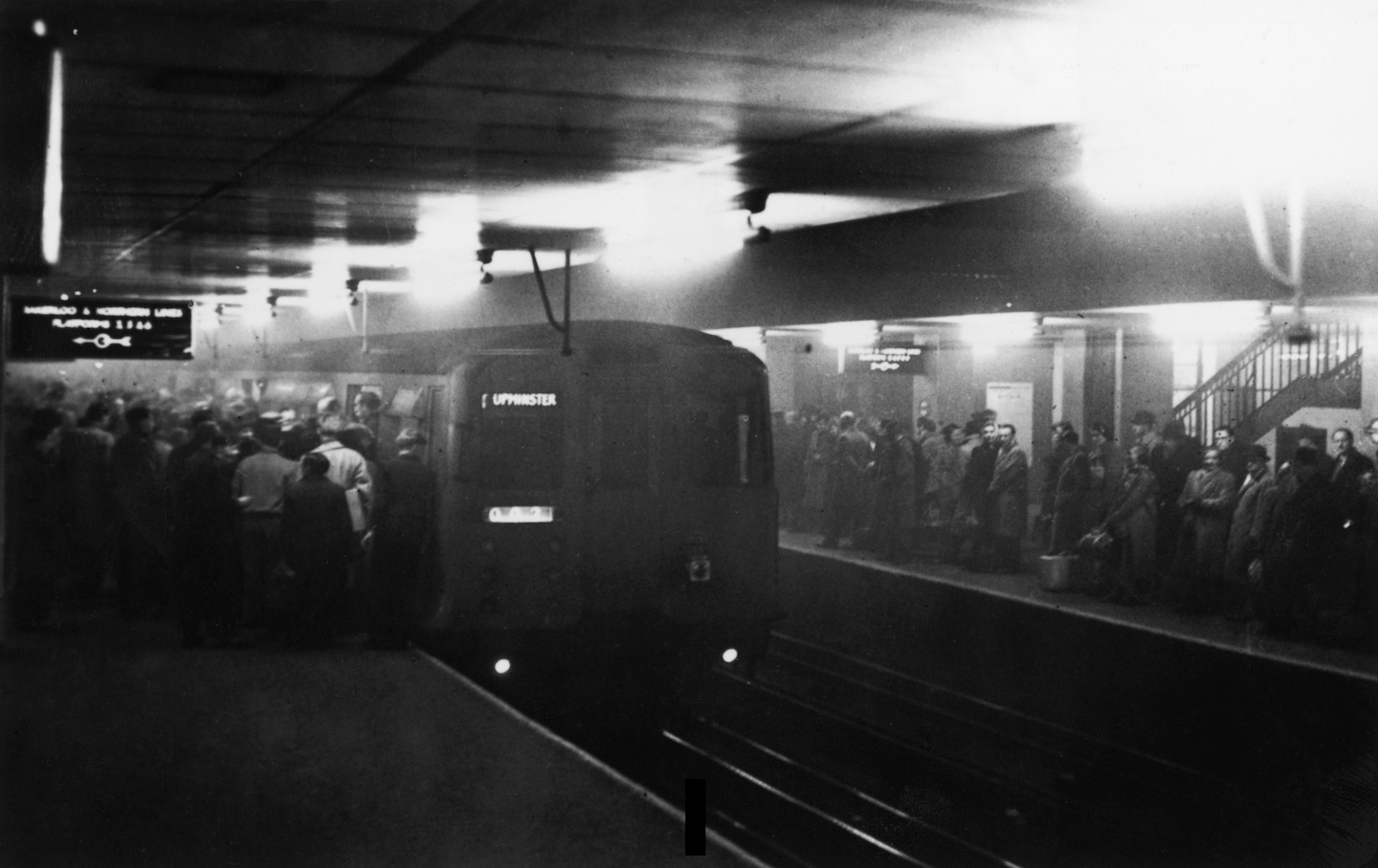 “These letters are letters, not literature,” insists Lynn Gallagher, the narrator of Jeremy Cooper’s epistolary novel, Bolt From the Blue. Gallagher tells us, in a brief introduction, that she has transcribed every postcard, letter, and e-mail that she and her mother sent to each other over a period of more than 30 years. She found many of these while cleaning out her mother’s apartment after her death, the letters in a jumbled pile in the back of a drawer and the e-mails in a file on her computer called GIRL.

Bolt From the Blue

“I made the transcriptions over several months, bit by bit, in an effort to establish to my own satisfaction why the outwardly unexceptional relationship between a mother and daughter affected me badly for so many years,” she tells us. “The effort was wasted. Work on the texts has told me nothing.” Thus, Bolt From the Blue begins with a refusal of its own interpretive value—an insistence both that it is not literature, and that there is nothing to see here. And yet Lynn puts the letters in order all the same, and hands them off to an imagined audience of readers, who turn out to be us, and who will sift through them for meaning like detectives or scholars.

One of the first letters, sent by Lynn after she has left home in Birmingham for art school in London, begins:

Mum
Me again.
It’s great here. London, the school, the students.
I feel at home. It’s where I’m meant to be.

We can read this as the letter of a carefree teenager set loose in London for the first time. Or as a kind of intentional barb aimed at her mother, insisting on a home away from her. And we can read it through her mother’s eyes in different valences: happiness that her daughter is happy, sadness about being replaced, or even indifference, which is the posture she affects by not responding. (Lynn writes back to her, to ask if she has the right address.) There is always ambiguity, especially in the early part of their correspondence, which covers a period when they do not meet in person for more than 15 years. This is compounded by the fact that Lynn tells us the collection of letters is filled with gaps, missing whole years of their communication. So we can almost never be sure whether silence indicates estrangement or simply a hole in the trove.

This awareness of omissions hangs over the reader, particularly because there are already so many other kinds of holes in these letters. There is so much withheld. Cooper turns these ambiguities—the alternation between what’s there and what isn’t—into the core of a novel that continually frustrates our attempts at interpretation, while offering, all the same, the tantalizing outlines of two entangled people. So we read for what’s there and try to read for what isn’t, as the letters stop and start and come and go.

Over the course of the correspondence, Lynn grows from an art student into a successful experimental filmmaker, living all the while as a figure in the London art scene. Her postcards to her mother, who works at a pub in Birmingham, are often records of art she has seen and artists she has met. At the beginning, she is enamored with the Young British Artists, among them Sarah Lucas, Tracey Emin, and Rachel Whiteread. She writes enthusiastically, sometimes breathlessly, about art, and with great frustration about “the art world.” (Especially as she becomes more successful, she rails against money in the art world so frequently and in such banal terms that we begin to roll our eyes like her mother, who writes: “It’s such a bore, your anti-money gripe.”)

Still, we see how the form of postcards—and e-mail, and quick notes—are generative ways of writing about encounters with artworks. There is a certain casualness to Lynn’s observations, a freedom to record her thoughts and feelings. Describing Whiteread’s public sculpture House, a concrete cast of a three-story Victorian ab0de, Lynn writes only, “Difficult to describe. Won’t try. You’ll have to wait until there are photographs. Even then you won’t get the texture of the thing. Or feel the threat of inside-outside, of wondering quite where you are.” She won’t try to describe, until she inadvertently does.

Lynn’s own career develops over the course of the letters, and in tandem with the London art scene of the 1990s, though we mostly read about her work through exhibition texts and reviews; she rarely describes what she is filming or how. These descriptions are written in a familiar register, the overwrought language of wall text and gallery catalogs, but they provide glimpses of films that sound haunting, blends of fact and fiction that are almost Sebaldian. But like Lynn’s mother, we are held at a certain distance from the work itself, mediated by its publicity and reception.

Many of the postcards mother and daughter send are artworks themselves, which are sometimes described in parentheticals—mail art, picture postcards, blank post office ones, the occasional original drawing. A short letter from her mother in 2003 that begins, “Wanted to say that I’m proud of my daughter. To a degree,” is written on “an American commercial postcard of a night attack on Baghdad, bombs exploding, buildings falling, the sky red the explosions yellow, reflected in the River Tigris.” Why? Are there any connections between a mother’s grudging pride and the invasion of Iraq? No, not really, but they become connected here, the described images and words entwined by our close reading for something like clues.

Despite the vividness of certain particulars, there are many banalities in the letters, and even in the structural elements of the mother-daughter relationship. There is an absent husband and father, a mother with unfulfilled dreams who drinks, a daughter who is angry and unfulfilled by the horizons of the place where she was born. Lynn and her mother resent each other, and sometimes become cruel. Lynn once writes to her mother: “Behind that sexy make-up is a mask. A blank. Nothing.” Her mother erupts about a film that seems to borrow too much from her autobiography. These fights are necessarily brief and partially hidden from us—then the correspondence picks up again, as though nothing happened. Much of it concerns the everyday: cats, walks with friends, money troubles, moving, illnesses, family gossip.

Over the course of writing to each other, and aging, Lynn and her mother move from functional estrangement to something closer and mellower. They begin to see each other again. They address some issues from the past. The mother, whose writing was once shorter and more reticent, comes to surprise Lynn in certain ways. We continue to read and parse the ambiguities and the long periods of absence. She notes in the introduction that e-mail eventually becomes their preferred medium, but it doesn’t change anything; the shift isn’t even marked in the book. Occasionally, something seismic happens—the mother moves to the Costa Brava for her retirement, Lynn marries; the estranged father reappears. But even these important events are only briefly noted. Time marches on more quickly than we expect.

In contrast to many of the artworks described in the novel, Bolt From the Blue has a certain rigidity of form. As we read the letters, we encounter the straight brace of chronology. Despite all the omissions and questions we encounter in dealing with the slipperiness of this relationship, accessed through brief and inconclusive notes, we are reading in order and thus we are reading toward death. But we do not witness this; after all, there is no writing from beyond the grave or in the ultimate descent into it. The book ends with a postcard that Lynn sent her mother from New York in 2018, a picture of the Twin Towers before they fell, with the simple words, “I was NOT here. x.” Perhaps her mother was there, on the other end, receiving the card with a wry smile or confusion. And perhaps she was not.

This is an anticlimax; it is what we knew would come. Still, it’s sudden, and not how we imagined it, if we imagined it at all. So much remains withheld. In this way, maybe, the letters do seem more like letters than literature, as Lynn insisted at the outset that they were. But that would be too easy. Cooper has carefully crafted Bolt From the Blue, in all its slipperiness, so that we are looking for answers and explanations, even though there might be none. In this way, we are nudged into a mode of intense, pleasurable close reading, one that the novel frustrates and at the same time rewards.