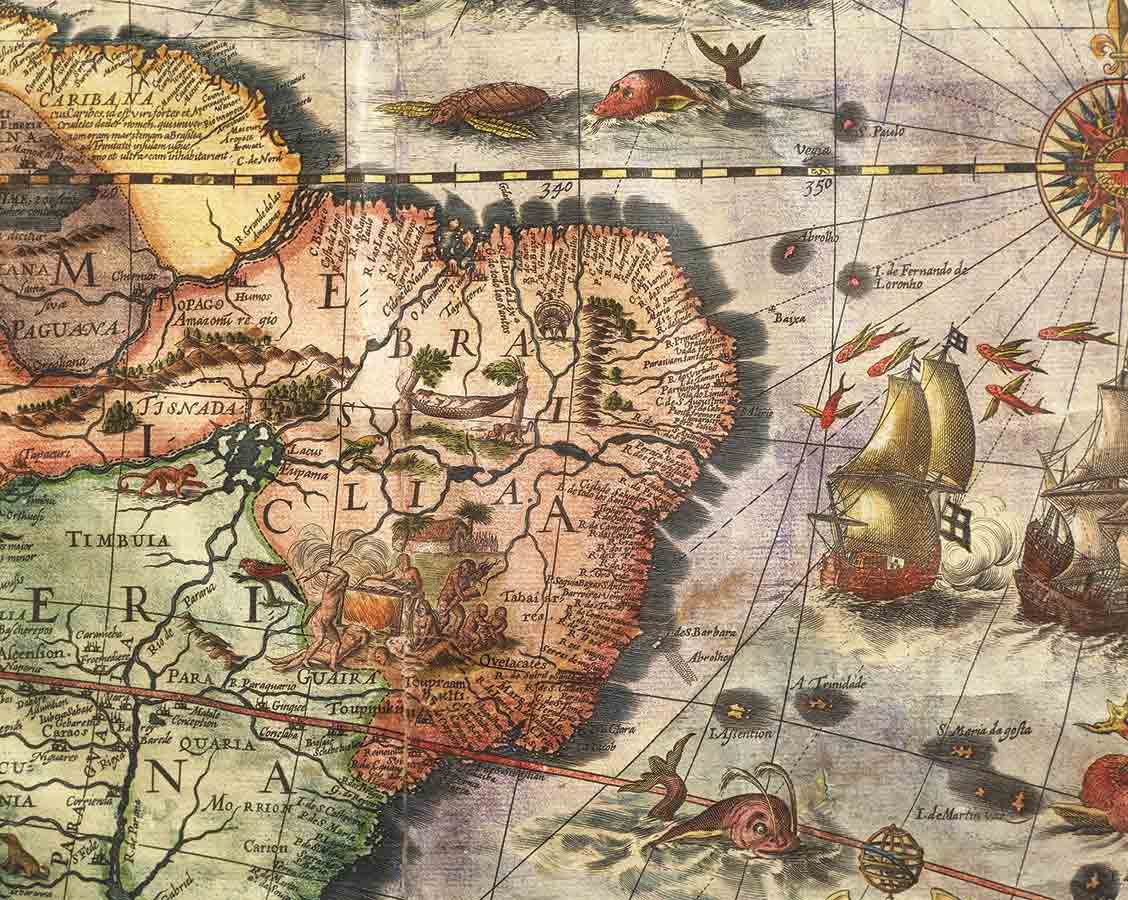 Upon its publication in 1975, Gayl Jones’s literary debut, Corregidora, was met with great acclaim. Jones’s mentor and teacher, the poet Michael Harper, had introduced her work to his friend, the editor and novelist Toni Morrison, who published Corregidora and also Jones’s second novel, Eva’s Man, the following year. Still in her mid-20s, Jones was immediately heralded for her genius by readers as diverse as James Baldwin and the New York Times critic Raymond Sokolov. Part of what drew them was what Sokolov referred to as her “nonchalance” and “ease” of style, which served as her fiction’s “consummate deception.” Writing with a clarity and matter-of-factness that quietly understated her work’s difficulty, Jones often relayed moments of intense brutality with a kind of quotidian ordinariness.

This was evident in her first novel. Set in Kentucky and narrated by a blues singer named Ursa Corregidora, it was both an intimate history and a family one. Telling the story of several generations of Black women, two of whom—Ursa’s great-grandmother and grandmother—have been raped repeatedly by their master, Old Man Corregidora, the novel also followed Ursa herself, who chooses to devote her life to her music, even though she cannot wholly escape her family’s past of sexual violence and trauma.

In the fiction that followed, Jones’s attention to the complicated, sometimes disturbing psyches of her characters intensified. Eva’s Man and White Rat offered stories of psychological complexity, experiences of sexual violence and trauma, and explorations of her female characters’ interiority and agency. In Eva’s Man, for example, the protagonist first poisons and then castrates her lover after feeling trapped in his apartment, while in White Rat we get stories centered on a bevy of unique, if marginalized and often troubled, characters who are presented with unrelenting clarity.

With Jones having published three works of fiction in three swift years, many of her admirers expected a similar creative pace in the 1980s. But while Jones spoke of working on “another novel…Palmares” and released an exquisitely beautiful book-length poem, Song for Anninho, that was set after the destruction of the community that would be the subject of Palmares, she did not publish any new fiction until the late 1990s. When she did, it was not Palmares but The Healing and Mosquito, the former about a faith healer traveling through small-town America and the latter about a Black woman trucker who transports Mexican immigrants across the Texas border. In many ways, the two novels—full of humor and a sense of optimistic possibility—marked a departure for Jones. But her newfound momentum stopped abruptly after a sensational personal tragedy. A Newsweek profile accompanying the publication of The Healing led a SWAT team to the home she shared with her husband, Bob Higgins. The police had an outstanding warrant for his arrest on a 14-year-old weapons charge. After a standoff, Higgins committed suicide as the agents rushed the house. Fearing Jones would take her own life, the authorities placed her in a mental institution. It was an unthinkable occurrence under any circumstances, but especially so for a writer who avoided publicity and vehemently refused to share anything about her personal life. In an early interview with the literary critic Claudia Tate, Jones had observed:

The writers whom I would most like to be like are those whose works have a certain kind of reputation, but the person, the writer, is more or less out of it. I would want to maintain some kind of anonymity. I think of J.D. Salinger…. I guess that’s the kind of reputation that I’d like…where you can go on with what you’re doing, but you have a sense that what you do is appreciated…that there is quality to what you’re doing.

Jones was denied this privacy, and the publicity surrounding her writing did far worse. It was no surprise she soon disappeared from public life.

Nonetheless, Jones continued to write through her tragedy, working with particular intensity on Palmares. Now published, the book proves to be one of her most ambitious and, at times, extraordinary works of fiction. Corregidora was one of the first examples of what would become a genre of Black fiction dealing with the legacy, consequences, and what Saidiya Hartman calls the “afterlife of slavery,” a new body of literature that depicted the mundane sexual violence and ongoing generational trauma that is the inherited legacy of slavery in the United States and throughout the Americas. The life and afterlife of slavery is also Palmares’s subject, but following so many formidable contributions to this new body of work—including Morrison’s Beloved, Hartman’s Scenes of Subjection and Lose Your Mother, and Marlon James’s The Book of Night Women—Jones was faced with a difficult question: How does someone write in the considerable wake of a literary genre that she helped to create and define? Jones’s answer is a sweeping epic, set in 17th-century Brazil, that focuses as much on the meaning of freedom as it does on the experience of enslavement. In form and in content, Palmares aspires to do what Jones’s early works of fiction did, but much more as well: to develop a narrative form that embodies the complexity, mixtures, contradictions, and possibilities of the Americas with their multiracial population, multilingual heritage, and syncretic religious practices.

It is almost a cliché to call a work of art “epic,” because the word is now used to mean anything long and involved. Traditionally, the term referred to a long poem, especially those ancient poetic texts that drew on an oral tradition and told of the adventures of a questing hero. These texts also sought to tell the history of a nation: Homer’s Iliad and Odyssey, Virgil’s Aeneid, the Old English Beowulf, and the Malian Epic of Sundiata are among the genre’s defining works. But for contemporary readers and critics, the term has come to include a variety of creative works beyond poems, what Franco Moretti calls a “super-genre” that supersedes both novels and poems.

Palmares has all the elements we’ve come to expect of an epic. It is long. It follows a single figure on a quest to return home and reconcile with a beloved one. It features a series of episodic encounters with mythical, magical, or otherworldly figures. In this case, the questing figure is a formerly enslaved Black woman, Almeyda, who looks for her husband and longs for Palmares, a maroon society, better known in Brazil as a quilombo, a settlement of fugitive slaves and free Blacks. In the novel, Palmares becomes as much an idea as it is a place, an ever-shifting geographical location embodying a form of Black autonomy in the midst of a slave society. As place and idea, it provides the opportunity to contemplate the meaning of freedom.

Almeyda, who is called “Almeydita” for the first 90 pages, is a spiritually and intellectually gifted child who lives on a Brazilian plantation with her mother and grandmother. She is precocious and self-aware: “I was seven and I was a slave,” she says emphatically. Having been chosen by a Jesuit priest, Father Tollinare, to receive a formal education, she becomes one of his “experiments” and is taught geography, the Bible, and how to read and write. Almeyda is also educated in matters of the spirit, healing, and history by her grandmother, who is alternately identified as a healer, a madwoman, and a consort of the spirits. If literacy will assist Almeyda’s quest for freedom, knowledge of the spiritual realm will allow her to experience it.

Almeyda first hears of Palmares as a child. A white man and his Black wife visit her master and share tales of the legendary settlement of free Blacks and fugitive slaves. The stories, relayed to her by her mother, spark Almeyda’s interest in the place “where black men and women are free.” When, in adolescence, she is sold to a cassava farmer, her curiosity and longing only increase. Without explanation, a group of “men from the Quilombo” arrive and ask, “Do you wish to come freely with us and be…a free woman?” Her answer is “Yes”—and, just like that, she is taken to her longed-for destination.

Now a beautiful woman, Almeyda is chosen by one of the settlement’s leading figures, Anninho, to be his wife. His selection confers on her the status of free woman, but Almeyda soon learns that in Palmares there are also captives, prisoners, and slaves. Palmares is a free space for some Blacks, but it is also a place of hierarchy and social stratification. Often, we learn, freedom is a process, something to be fought for, something precarious. Palmares is merely a temporary physical space of freedom, a place always embattled, attacked, destroyed, and reconstituted elsewhere. There is always a new Palmares on the horizon.

Eventually, the Palmares that Almeyda settles in is raided and destroyed by the Portuguese. Jones chooses not to portray the destruction of the free African state; instead, for most of the rest of the novel, we follow Almeyda on her journey to find her husband in hopes of helping rebuild the space where Black people are free. Her search for Anninho constitutes this epic’s Odyssey-like quest. Almeyda, often disguised as an old woman, encounters many figures, guides, and teachers along the way who help her shape her conceptions of freedom and discover her own spiritual gifts. Palmares, for Almeyda, is a state of mind, a state of being, even more than a physical location.

The truest freedom offered by Palmares is a spiritual consciousness that transcends time and space and challenges linear notions of temporality. Healers, diviners, and prophets exist both inside and outside of time, capable of traveling vast expanses of land and occupying multiple dimensions. The spiritually gifted, including Almeyda, can experience the past, present, and future as parallel contexts. For others, freedom exists in the realm of the imagination—and this is the case for Almeyda as well. Her grandmother tells her, “The imagination is broad. It ranges.” Another character, an aspiring writer, states, “I believe in the force of the imagination.”

Jones, too, clearly believes in the imagination and its force. It takes a fecund imagination, after all, to give us this sprawling novel, one that describes and contains multiple forms and genres. Chapters are devoted to a maker of dictionaries, a travel notebook left by a European woman, and a fictional narrative written by a mixed-race freeman. All of these are invoked to tell a New World story in a New World language, contained within the broader tale that Almeyda herself tells. In a very early interview with her mentor Michael Harper, Jones said, “I really think of myself as a storyteller…. ‘Storytelling’ is a dynamic word, a process word. ‘Fiction’ sounds static. ‘Storytelling’ for me suggests possibilities, many possibilities.”

Almeyda fulfills this role in the novel. She is, as she explains to a woman she encounters, “an itinerant storyteller.” Later, she crystallizes her wish to be “writing histories of the country…of this place, this Palmares.” But Almeyda confronts a quandary that many novelists also experience: “How can one write such a history and live through it at the same time?” For Jones, and for Almeyda, the answer is found in storytelling itself. By telling a story about the pursuit of freedom, Jones and Almeyda also create a place where Black freedom, if not realized, can at least be imagined, and thus remains a possibility.