Like any rave, I heard it before I saw it. The thick growl of bass even scared me a little. I entered the basement of the old Nabisco factory that now houses the Dia Beacon museum in New York’s Hudson Valley to find myself swimming in bass and darkness. After a minute or two, neon lights came to life in the far corners of the room, exposing a space roughly the size of a football field. A white X was painted on the floor in the center of the room. Speakers hung from the ceiling over the X, ready to belch music. More speakers lined the walls. Other than the lights and speakers, the vast room was empty.

Ambient bass congealed into a beat. The lights changed colors, from white to blue to green. The track swelled. Synths cried out, widened, deepened. The lights turned red and began to flash. Just before the track dropped, shutters opened on one side of the room and blinding daylight poured in. It was still the middle of the afternoon, but it could just as easily have been the sunrise after a night out.

The music became supersonically jarring once the shutters closed. Light enveloped the X in the center of the room. My fellow onlookers took turns standing under the light, absorbing what the ceiling speakers blasted at the spot. We all looked like we were caught in some alien spaceship’s tractor beam. The light suddenly cut out, and we swam in the darkness once more. Moments later, the gurgling of bass signaled the cycle was beginning anew.

I stayed for the entirety of the next cycle, marveling at how meticulously planned the arc of the experience was. I stayed for another cycle after that. Then I finally forced myself to leave.

I’ve never had a more memorable hour in an art museum. The experience was sonically and visually unmooring. Whoever created that experience had transported me to another dimension. Whoever did that to me was a genius.

That genius’s name is Carl Craig, one of the most versatile and visionary musicians alive. 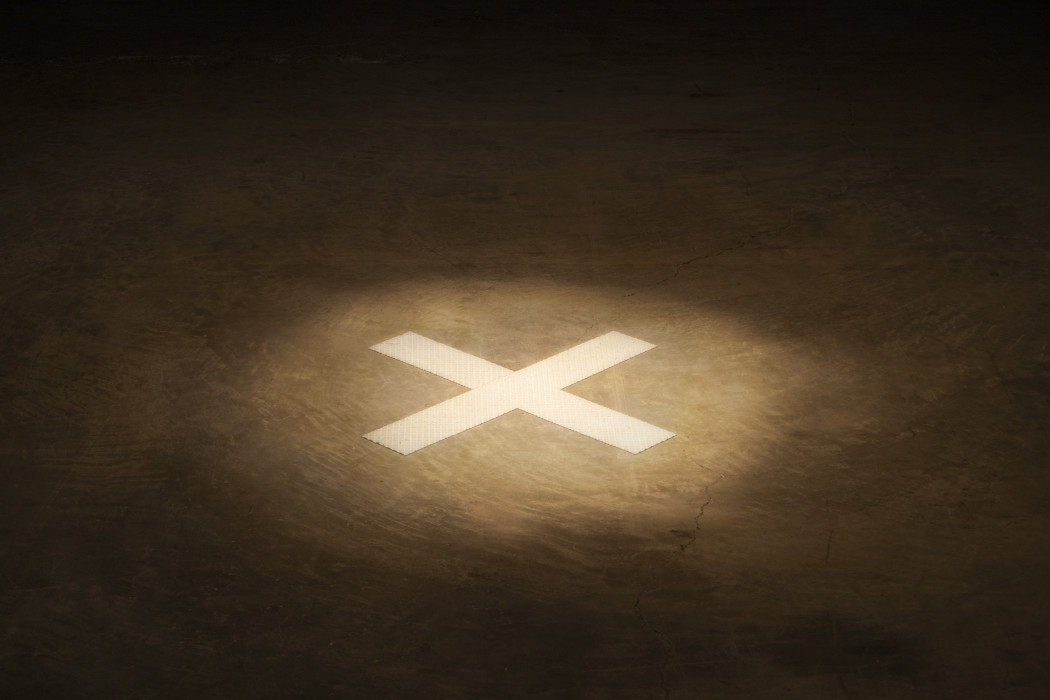 Craig was born in 1969, the son of a teacher’s assistant and an office worker. He fell in love with music-making while listening to the radio as a child, learning about the Motown Records of Diana Ross and the Supremes, Stevie Wonder, and Smokey Robinson; the groundbreaking jazz of Ornette Coleman, Miles Davis, Herbie Hancock, and Donald Byrd; the synthetic cool of George Clinton and Parliament Funkadelic. In high school he started drawing from his radio education to produce music and to DJ parties. After graduating, he began to take himself seriously as a musician whose identity was shaped by the industrial mechanization of the city he called home—Detroit.

“When I was about 19, I started working in a copy shop,” Craig told the British magazine The Arts Desk in 2011, “and the constant rhythm of the machines there influenced me…. One of my jobs was to do stapling, or we’d call it ‘stitching,’ so I had to take the items out after they’re collated, stack them square, put ‘em under a stapler, hit it on the floor, and put it to one side. So the machine’d be going ‘Wsh-sh-sh-sh-sh fwoofff! Wsh-sh-sh-sh-sh fwoofff!’ and it’s going like that the whole time, and you start getting into this thing.”

Craig sought to reproduce the trance-like state he felt under the stapler’s spell with his music, and there was no better place to do so than Detroit in the 1980s. Globalization had exported thousands of factory jobs overseas, leaving a graveyard of historic office buildings, factories, and concert halls in its wake. Musicians with Craig’s knowledge of Detroit’s rich musical history began making songs with experimental electronic instruments and throwing parties in the city’s decayed, abandoned buildings. Derrick May, Juan Atkins, and Kevin Saunderson (commonly known as the Belleville Three after their shared hometown of Belleville, Mich.) pioneered this movement, establishing the legendary club the Music Institute in the summer of 1988. Curious and eager clubbers came from around the nation and the world to dance at the Institute from midnight until sunrise to the industrial, futuristic sounds of what we now call techno.

Craig was one of the brightest stars of the generation after the Belleville Three, which became known as Detroit techno’s second wave. He grew close to Derrick May, and the two spent hours in May’s apartment experimenting with drum machines and synthesizers and mixers. Craig produced his first single, “Elements,” in May’s apartment with May’s equipment. Released in 1989, “Elements” is redolent of the 8-bit sounds of early electronic music, bringing high-waisted pants and cathode-ray tube screens to mind. 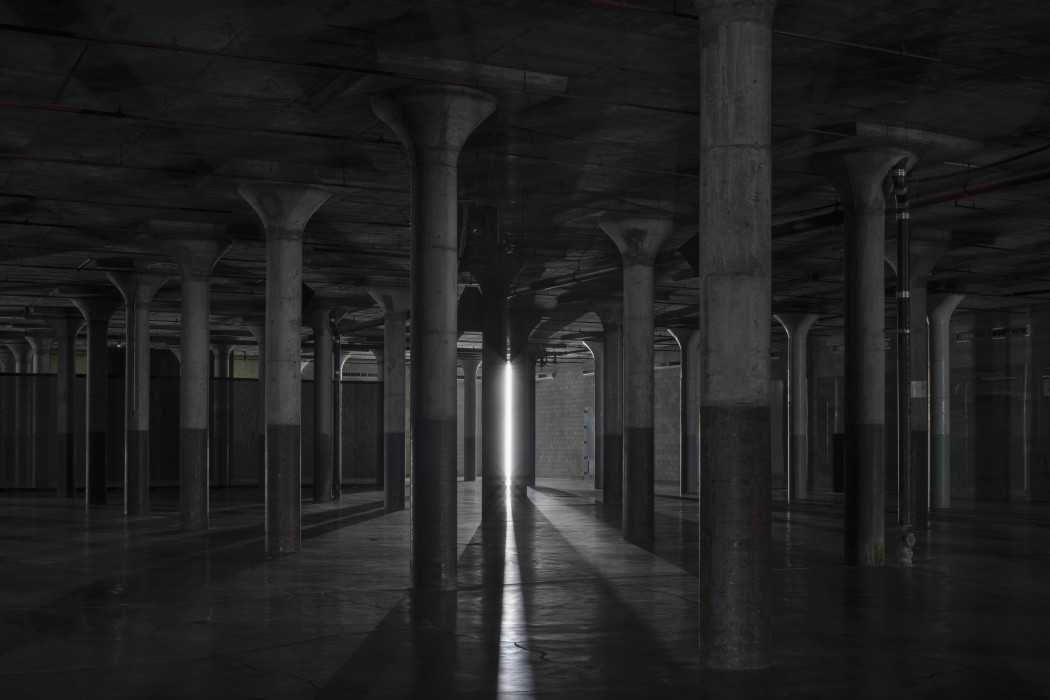 Though he began as a producer of Detroit techno, Craig’s career over the past 30 years has been defined by its capaciousness: working under the aegis of any genre that holds his curiosity at the moment, so long as it allows him to achieve the goal of creating a specific atmosphere. He’s made ambient electro (Landcruising, 1995), Caribbean-influenced UK-style dubstep (The Secret Tapes of Dr. Eich, 1996), psychedelic neo-soul (More Songs About Food and Revolutionary Art, 1997), proto–drum and bass (“Bug in the Bass Bin,” 1999), and club techno (Unity with Green Velvet, 2015). He has even enmeshed himself in the European classical circuit—in 2006 he performed a full-scale orchestral reimagining of his compositions at La Cité de la Musique in Paris with Les Siècles Orchestra, featuring the classical pianist Francesco Tristano under the direction of François Xavier-Roth, which was released as a record called Versus in 2017, and he later collaborated with the German producer and drummer Moritz Von Oswald to produce techno remixes of Modest Mussorgsky’s Pictures at an Exhibition and Maurice Ravel’s Boléro, which they released as an album titled ReComposed on Deutsche Grammophon, the oldest record label in the world.

No matter what genre he’s working in, though, Craig’s music remains centered around the foundational tenets of the Detroit techno movement: making beautiful, futuristic art that evokes a sense of place and possesses the spirit of rebellion. Craig’s ever-changing musical identity is even reflected in his various aliases: He has produced as Carl Craig, Paperclip People, Innerzone Orchestra, Psyche, BFC, 69, C2, and Tres Demented, among other names. When asked about his multifaceted musical identity, he explained: “I read in a book called Space Is the Place that Sun Ra called himself that because of the escape from the mental shackles of slavery, and that’s common within the African American people to want to have aliases and change themselves in some way, and people changing their names…. The root of that made sense to me.”

Craig’s career, and the Detroit techno movement more broadly, champions the spirit of a broader phenomenon called Afrofuturism—a term that connotes the intersection of Black diasporic culture and technology, a category to which Detroit techno undeniably belongs, alongside other movements in music, film, literature, and visual art. Craig, May, and other Detroit techno legends appeared in the filmmaker John Akomfrah’s cult essay-documentary The Last Angel of History, along with the literary Afrofuturists Samuel R. Delany, Ishmael Reed, and Octavia Butler, the critics Kowdwo Eshun and Dery, and the astronaut Bernard A. Harris Jr., who explains that his lifelong dream of traveling to outer space began with his childhood fandom of George Clinton. All of these people gravitated toward technology as a way to free themselves from the expectations and pressures associated with Black experience. Every aspect of their various personas—from their names to their attire to the way they spoke to the art they created—situates Blackness, but Blackness from another world, a parallel universe, a thousand years into the future. Craig’s installation at the Dia Beacon represents a carrying of this legacy forward, bringing his sense of that parallel world into a concrete space—a club night that carries on in perpetuity.

Party/Afterparty, as Craig’s installation is called, is also his most unique composition to date. While a testament to the institution of raving, the installation also integrates the dark underbelly of Craig’s career. He told interviewers for both Document Journal and BOMB that the final portion of the experience is meant to be a simulation of his struggles with tinnitus. After decades of producing, playing, and listening to electronic music, he often experiences a painful ringing in his ears for which there is no cure. Decades spent in spaces like these can not only lead to freedom, it turns out—they can also lead to pain, a pain that he tries to convey to every attendee.

Just as affecting are the unintended resonances of the experience and its startling confrontation with the pandemic’s impact upon communal gathering. In the moments when Craig’s score became a danceable beat, nearly all of the people in the room began to move to it instinctively but then caught themselves in the act, looking around to see if others were doing the same. The sense of unease reminded all of us just how long it had been since we had danced at a live music event or concert of any kind, let alone a rave. Visions of the future came to me: the same room I stood in, but now packed with hundreds of maskless people dancing to Craig’s music. The thought saddened me. The potential collective experience of the installation was yet another casualty of the pandemic.

And yet, as I observed the 10 or 15 masked people trying not to dance to the music of Carl Craig in a massive simulation of the kind of rave one might find in 1992 Detroit, it occurred to me that this was the very future that Craig fantasized about when he was making his music. His works have always been brave new worlds full of hope, fear, chaos, and miraculous machines—machines with the capability of creating good, of mobilizing and inspiring love and beauty and kindness. At that moment, I realized that I was living inside one of Carl Craig’s dreams.

To Build Back Better, Progressives Need to Fight Back Harder

Cover the COP26 Climate Summit Like Our Lives Depend on It

Congress Has Oil Executives Cornered. But Will They Lie Under Oath?