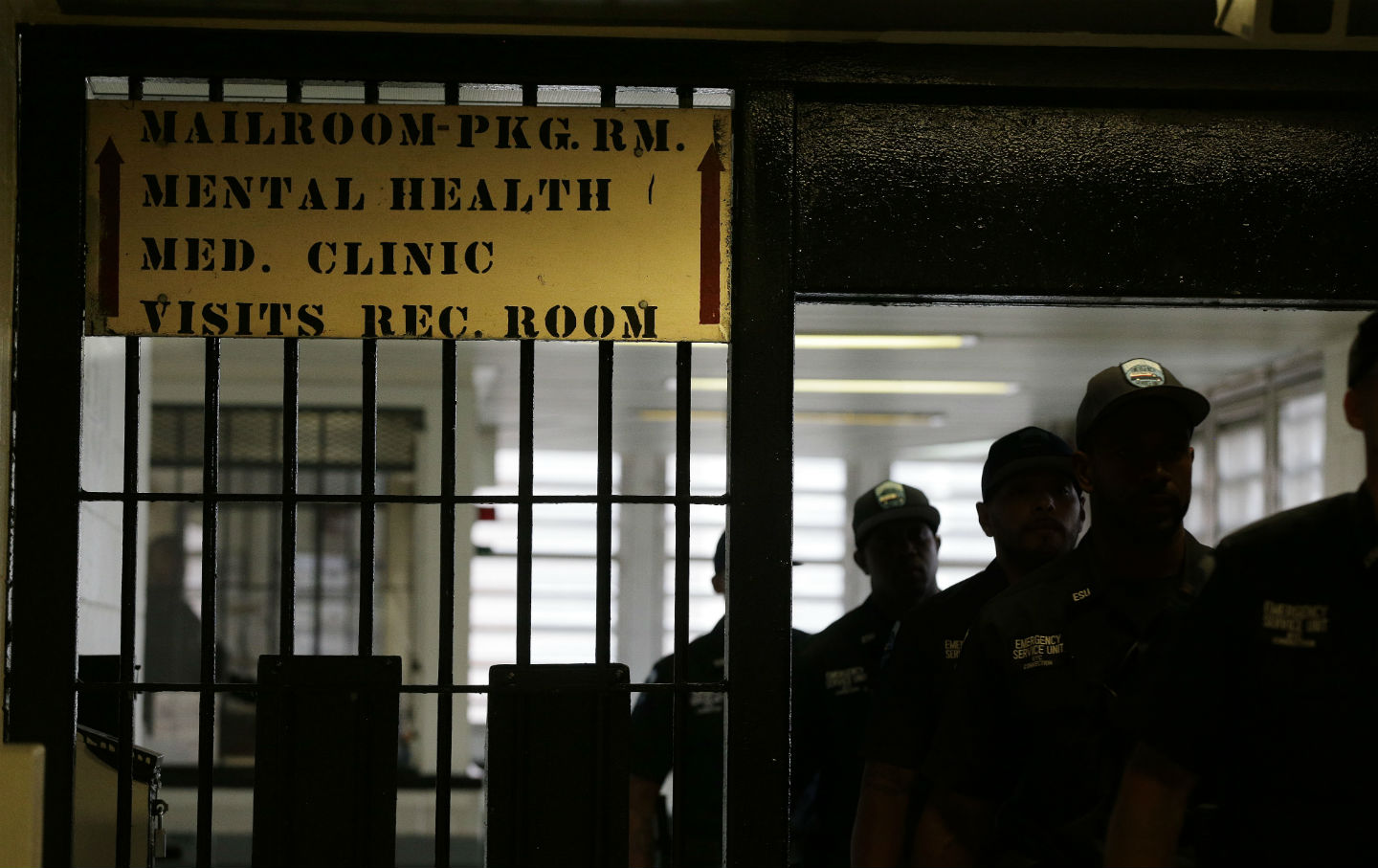 Early Saturday morning, only a few hours before Kalief Browder, a young black man who had spent years in a New York City jail without trial for allegedly stealing a backpack, including 400 days in solitary confinement, hung himself from his bedroom window in the Bronx, two convicted murderers in an upstate prison commonly known as “Little Siberia” attempted an escape of their own: somehow they managed to come into possession of some power tools, which they used to drill through a metal wall and into a pipe they then crawled through for 400 feet before busting open a sewer cover and emerging into freedom. Like certain fugitives of old, they may have had some assistance along the way, and they may have fled to Canada.

Except for the fact that a link at the bottom of the New York Times article on the escape beckons readers to an article on the suicide, it would never, ever have occurred to me that these represented two very different forms of liberation from the same broken and oppressive system if I had not been more or less absent-mindedly flipping through pieces in The Nation’s archives associated with the keyword “prison” and thusly came across an interesting column from 1941. It was written by Jonathan Daniels, the son of Woodrow Wilson’s Secretary of the Navy Josephus Daniels, who in 1941 was just finishing an eight-year stint as FDR’s Ambassador to Mexico. The younger Daniels served for a year and a half as The Nation’s free-wheeling roving columnist under the heading, “A Native at Large.”

Daniels’ column for September 27, 1941, was headlined “Prison Horrors in America.” It told the story of a man named Raymond Harris, who escaped from a chain gang in Virginia and made it 200 miles to Pennsylvania before being apprehended. According to Daniels, Harris claimed that at the quarry where he had been forced to work “the men are chained in bunks above their own excreta.”

Abusive, murderous prison conditions were rife all over the United States, Daniels reported. He wondered why he and most Americans had heard so little about it:

The truth is that everywhere in America…we have been hearing a great deal more about concentration camps in Germany than about conditions in jails in America. We have been listening with horror, as if horror were invented by the thick-necked torturers of Mr. Hitler. I certainly am not trying to minimize repulsion for these political and racial prisons of the Nazis. In the governmental order of even the most backward states in the United States there is no official insistence on sadism. But we have been contemplating cruelty as if it were altogether distant and totalitarian. My bet is that wherever in America anybody reads this piece cruelty in institutional secrecy may exist right now.

That remains at least as true as it was when the column was first published, three-quarters of a century ago. The same media that has for years reflexively applied the epithet “notorious” to Iran’s Evin Prison has only in the past year or so begun to seriously examine what Daniels, in 1941, called the “truth about prisons.” In a New York Times article about the upstate prison from which Richard Matt and David Sweat escaped, Jack Beck of the Prison Visiting Project called it “one of the last places you’d want to be in the state system.” Then, almost inevitably: “Among incarcerated people it is notorious.”

“When you go over the three years that he spent [in jail] and all the horrific details he endured, it’s unbelievable that this could happen to a teen-ager in New York City,” Kalief Browder’s lawyer told The New Yorker’s Jennifer Gonnerman. “He didn’t get tortured in some prison camp in another country. It was right here!”

While there is no evidence that Matt and Sweat suffered serious abuse at Clinton Correctional Facility, and no one has questioned their guilt as convicted murderers, it has been hard in reading about their disappearance not to consider Jessica Benko’s article in The New York Times Magazine earlier this year, “The Radical Humaneness of Norway’s Halden Prison.” Walking up to the prison, Benko noted, “There were no coils of razor wire in sight, no lethal electric fences, no towers manned by snipers—nothing violent, threatening or dangerous. And yet no prisoner has ever tried to escape.” Escape from Clinton Correctional Facility, one way or another, appears to be endemic: a Times article noted that since 2000 “more prisoners at Clinton have committed suicide, a total of 23, than at any other state prison” except one.

A recent survey of 610 Clinton prisoners by the correctional association found that more than three-quarters described racial harassment as common, and more than half said there were frequent fights among inmates. During the 1990s, 17 inmates who said they were beaten by guards either won or settled lawsuits against the state.

In New York, public officials have repeatedly promised to improve Rikers, mostly, at this point, to little avail. In his 1941 Nation piece, Daniels quoted the York Gazette and Daily newspaper saying that because the victims of prison abuses in Pennsylvania were dead by the time their treatment had been revealed, “all we could do was try to correct the conditions.” Daniels retorted:

That is the universal American plan—the clean-up after the killing. It happens everywhere—and then, after the clean-up, the forgetfulness, or worse than forgetfulness. Today in the United States it could be almost set down as a universal rule that outside the federal prisons and a few others the wages paid prison guards are so low as to be almost calculated to attract none but the worst possible men. In spite of that, there is today a widespread delusion that in most places bad jail, prison, and institutional conditions can be considered in the past tense. Citizens do not know what happens in their prisons—and do not inquire. If they did, often they would find not brutality, which is generally easily hidden, but a political and pay situation which seems almost deliberately designed to make jails and prisons in America places we would view with horror if they were in Europe.

Matt’s and Sweat’s escape from Little Siberia likely has no direct connection to particular prison conditions or abuses—certainly nothing on par with what millions of young black and brown men and women deal with on a daily basis at places like Riker’s Island. Similarly, in the last paragraph of his 1941 piece in The Nation, Jonathan Daniels noted that Raymond Farris “may be lying” that he escaped from the chain gang because of the abuses. Yet, he concluded, “There is plenty of unpleasant truth hidden in America just the same.”