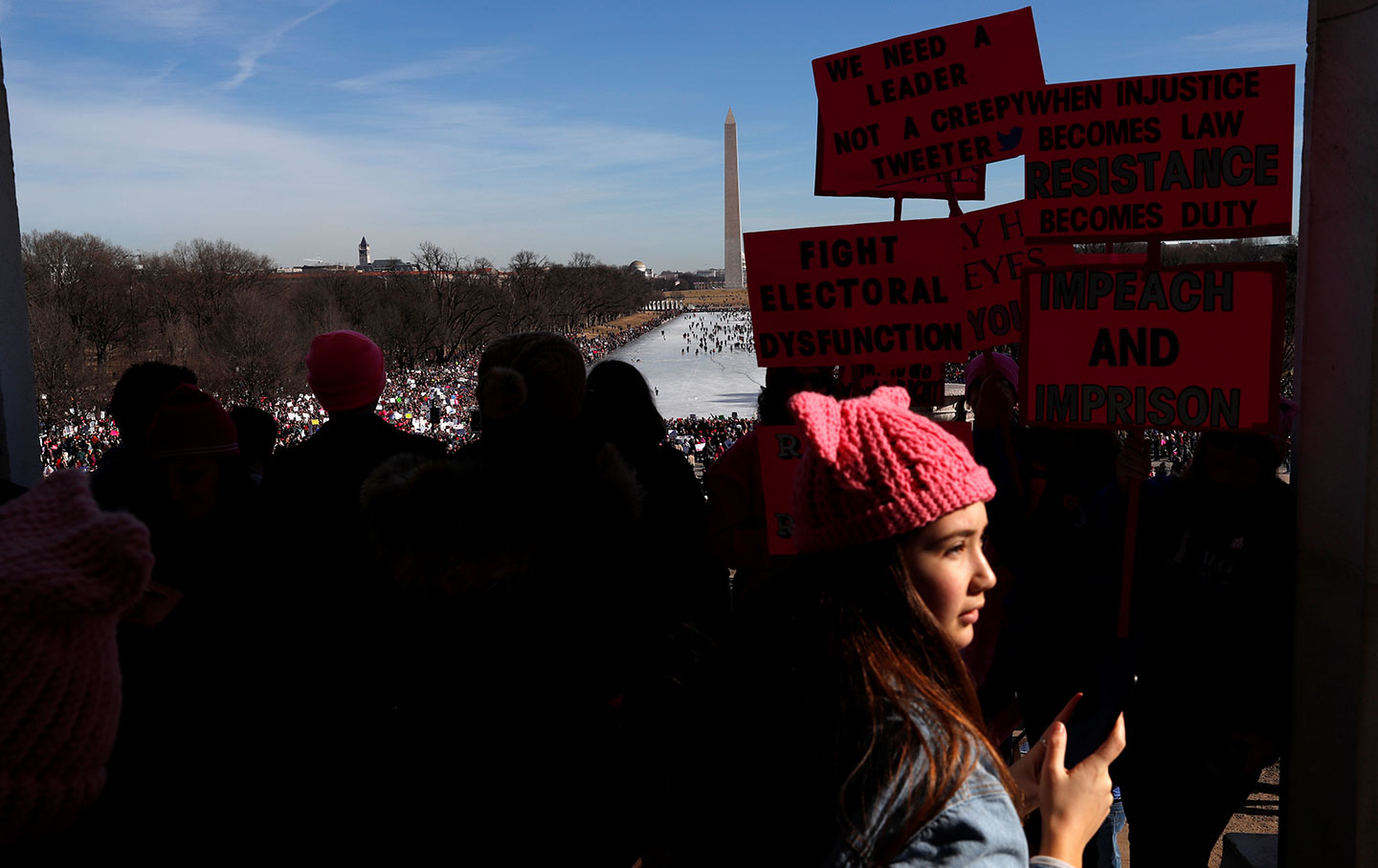 Trump’s not on the ballot this year, but that’s not stopping Democratic women from running against him in races across the country. John Nichols reports on recent Democratic victories where female candidates in special elections in state races flipped formerly Republican seats—they show how to do it in the mid-term elections in November.

Also: Fortress America is crumbling—the rise of China started long before Trump, but he’s alienated allies and abandoned alliances in a way that may now make the process irreversible. Alfred McCoy explains.

And the Rev. Dr. William J. Barber talks about white nationalism, patriotism, and Donald Trump—he’s the architect of the Forward Together Moral Monday Movement, president of the North Carolina NAACP and pastor of the Greenleaf Christian Church in Goldsboro, North Carolina.