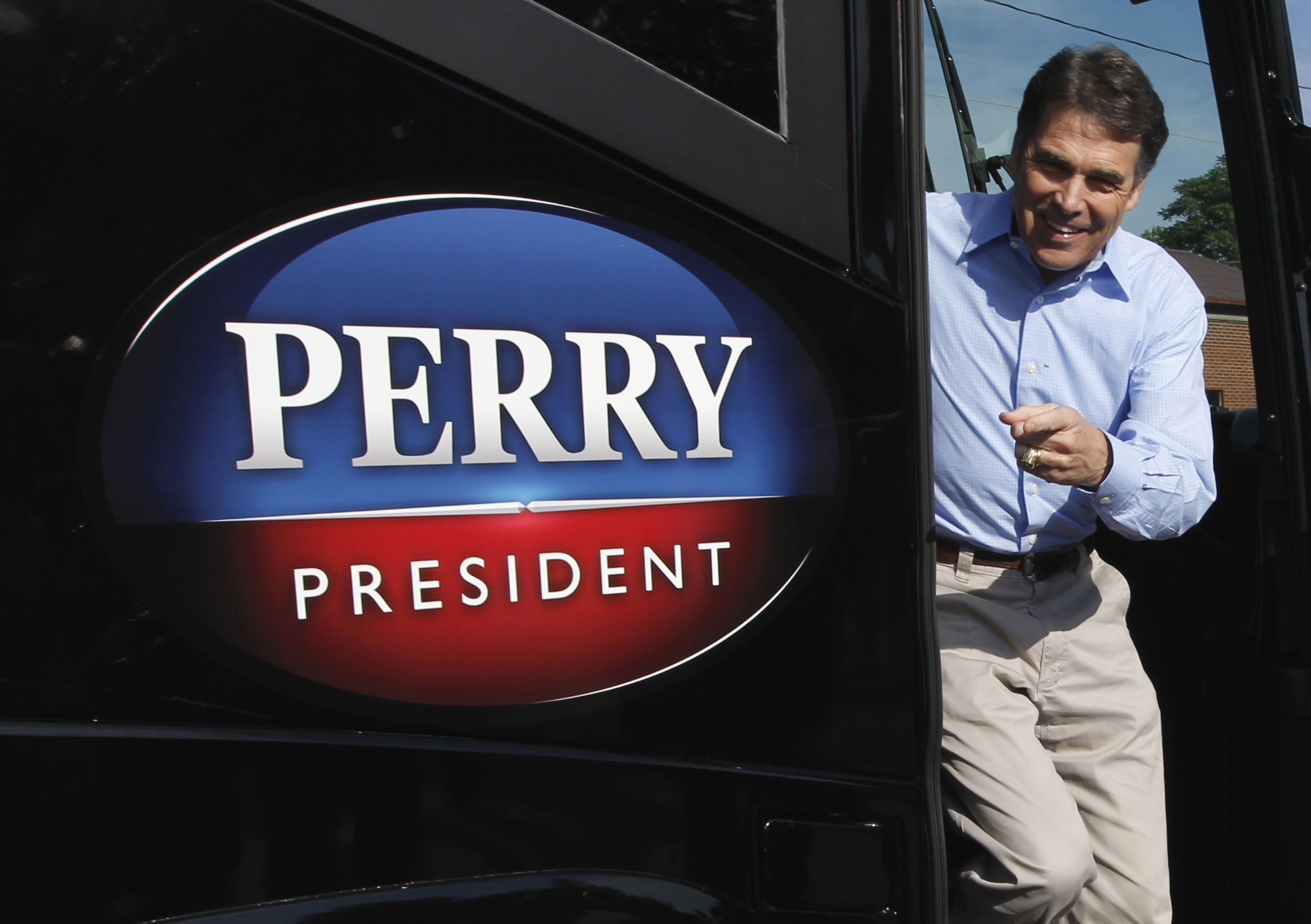 Back in 2012, Texas Governor Rick Perry provided political junkies with the equivalent of a nonstop laff-athon, punctuating his campaign with bumbles, clunkers, oops!es, and other classic gaffes. Well, get your popcorn ready. He’s back.

It’s hard to dismiss out of hand the governor of one of America’s biggest states, especially when that state is Texas, the very anchor of the Republican party’s presidential coalition. And Perry, with his corn-pone style and self-deprecating humor, is hard to pin down ideologically: Is he part of the Tea Party–aligned, anti-establishment movement that may or may not topple Mississippi Senator Thad Cochran tomorrow? Well, no, not quite. Is he part of the GOP’s Chamber of Commerce–loving, Wall Street–backed business wing that took advantage of Eric Cantor’s defeat to elevate another center-right, pro-business Republican in his place in the House of Representatives? Not exactly. Theoretically, at least, Perry might be considered capable of appealing to both sides in the Republican civil war. Unfortunately for Perry and for the GOP, however, Perry is a goofball who isn’t likely to get much traction.

Still, with new, “hip” intellectual glasses perched on his nose, Perry is making news. Perhaps it’s because Perry’s sheer goofiness makes him a good story, and perhaps it’s because the Republican field for 2016 has no clear front-runner, but consider Perry’s headline-making week and it’s clear that the Texas governor is on a roll, at least in the media. In Time: “Rick Perry Getting Ready for a 2016 Presidential Campaign.” In The Daily Beast: “Rick Perry, Humbled by His ‘Oops,’ May Be Ready This Time.” In Commentary: “Erasing the ‘Oops’: Perry Mulls a 2016 Bid.” And The Washington Post: “Rick Perry Says He’ll Be ‘Better Prepared’ to Run in 2016.”

Let’s be clear: Perry has no national political base, no apparent network for fundraising, no clear ties to any major GOP faction—except for his weirdly close relationship with Bobby Jindal, governor of Louisiana—and no evident plan to run for president. But he says he’s ready. During his comments at a Christian Science Monitor–sponsored breakfast last week in Washington, the event that generated all the Perry-is-ready headlines, he said:

Preparation is the single most important lesson that I learned out of that process [in 2012], and over the last 18 months, I have focused on being substantially better prepared.

But being ready doesn’t mean being gaffe-free, at least if you’re Perry. The week before, speaking in San Francisco at the Commonwealth Club of California, soon after the Ted Cruz–dominated Texas Republican party officially lent its support to “reparative therapy” for gays, Perry blundered head-first into an issue he’s stumbled around for many years, namely, homosexuality:

Whether or not you feel compelled to follow a particular lifestyle or not, you have the ability to decide not to do that.… I may have the genetic coding that I’m inclined to be an alcoholic, but I have the desire not to do that, and I look at the homosexual issue the same way.

Oops! At the Monitor breakfast, Perry allowed as how he had “stepped right in it” with those remarks. Instead of saying “oops,” he said:

“I got asked about an issue, and instead of saying, ‘You know what, we need to be a really respectful and tolerant country, and get back to talking about, whether you’re gay or straight you need to be having a job, and those are the focuses I want to be involved with,’ instead of getting—which I did, I readily admit, I stepped right in it.”

Still, appearing on CNN’s Crossfire, Perry didn’t take back his remarks, standing by them but noting that he wished he’d focused instead on Texas’ economic record. But Chris Christie, the New Jersey governor, took the opportunity to say that he strongly disagrees with Perry, and Perry’s remark was ridiculed by Jon Stewart and by Funny or Die, among countless others.

InThe New York Times magazine, Perry was given an apparently serious treatment (“In person, Perry is commanding and confident and hardly comes off as a YouTube buffoon”), but in the end he still came across as, well, quirky—especially for someone the The Daily Caller describes as a “nondenominational Christian who was baptized at an evangelical megachurch in Austin”:

“I’m more Jewish than you think I am. I read the part of the Bible that said the Jews are God’s chosen people.”

And some of the piece made Perry appear just plain comical in his sheer earnestness:

He is clearly in a self-improvement phase—doing things like attending the World Economic Forum in Davos and meeting with conservative economists and foreign-policy experts like John Taylor and George Shultz at Hoover. “All of that makes me a better person,” Perry said.

Aside from all that, Perry has views that will attract Republican support: he denies climate change (“scientists have manipulated data to kee the money rolling in”), hates Obamacare (“a criminal act”), doesn’t want immigrants, despises government regulations (“a moratorium on all regulations”) and wants to abolish lots of government agencies. (If he runs again, this time it will be even more than three, taxing his memory cells even further.)