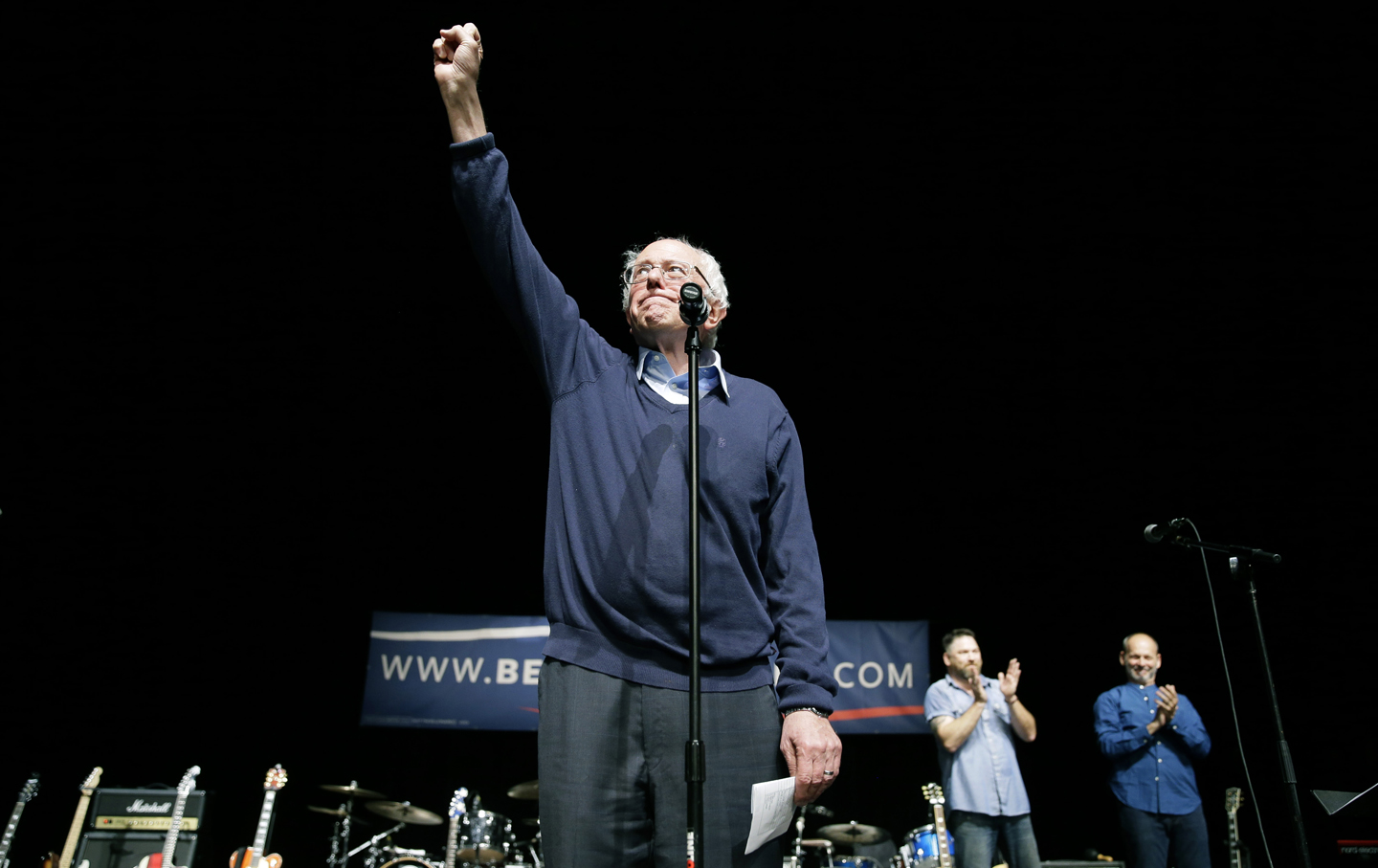 Polls are open in the Working Families Party’s first-ever presidential endorsement vote. The WFP was founded in 1998 by activists, progressive unions, and community organizations in New York who wanted to fight the rightward, anti-labor shift of the Democratic Party. Now with affiliates in 10 states, it formed a national organization this year, and this will be the party’s first properly national act. The WFP has played a decisive role in electing a host of candidates to office, and it has used the political power that comes from this work to win substantial legislative victories for working people, ranging from paid sick leave to drug-law reform. In many people’s minds, however, the WFP is more like a sophisticated, left-wing electoral coalition of unions and community organizations than a genuine political party. Bringing the membership directly into this endorsement vote represents a concrete step towards making it more like one. The significance of the vote goes well beyond whatever benefits flow to the candidate who wins it.

Third party politics in the American two-party system is hard, but it’s necessary to challenge the power of the self-serving corporate oligarchy that rules this country. Working people and the left have to share power in the Democratic Party with constituencies ranging from Wall Street to middle-of-the-road liberals. These groups have access to financial resources and networks that most working people don’t; inevitably they exercise outsized influence on the Democratic Party’s program and elected officials. In order to prevent a further right-wing takeover of the country, and to enact basic reforms like higher minimum wages and paid sick leave, we often need to ally with some of these constituencies. Having political power independent of the Democrats means that we can enter into these alliances from a position of strength, backed by a credible threat to sit out or back a challenger when elected officials side with deep-pocketed backers over working people. It means we can act electorally on our own terms.

I’m a member of the WFP because it’s a political party that fights for the kind of world I want to live in, and because I think it has shown that its model can work. I pay dues because running a party costs money, and parties, like all organizations, are better when they can rely on members for funding. But I have also been critical of the WFP for its over-reliance on support from unions who themselves are too dependent on the Democratic Party, and, relatedly, for its risk-aversion in certain electoral contests. On both counts, this membership vote is a major development.

The party opted to more directly involve its members in recognition of the need to build a bigger base. That means convincing large numbers of individuals, not just organizations, to join the party, get active in it, and support it financially. There is a growing demand for political alternatives in America. For the WFP to present itself as one, it needs to attract the insurgent spirit that is driving people—especially young people—to take action, whether for climate justice, for a living wage and a voice at work, for immigration reform, or for black lives. The activists propelling these movements aren’t likely to devote their resources and energies to a political party—even one whose positions they agree with—if it doesn’t give them a say in its decisions.

For that reason, it is vitally important that “turnout” for this online vote be high. The more people that participate, the more it shows that people want a political organization that belongs to them—that there really is a mass base for the WFP’s program and strategy. The bigger that base gets, the bolder the party’s electoral strategy is likely to be. Conversely, a poor turnout suggests that the WFP is better served functioning as a coalition of organizations, with a comparatively smaller role for rank-and-file activists, and a correspondingly more risk-averse approach to elections.

I’ll be voting for Bernie Sanders in this online primary both because I agree with his platform and share his hatred for oligarchy, but also because I think the Working Families Party is a logical permanent address for the widespread insurgent spirit Sanders has captured with his candidacy. A WFP endorsement for Sanders would certainly be a boost to his campaign. But perhaps more importantly, having Sanders as a standard-bearer would give the WFP an organic connection with one of the most exciting political developments in this country in a long time—not Sanders’s candidacy as such, but the extraordinary enthusiasm it has generated. The level of support for Bernie’s “political revolution” shows that there really is a base for a thoroughgoing reform of the American political system and the American economy. It deserves a political party that wants what it wants.

The membership vote isn’t the only factor in the party’s decision. The WFP’s new national board is made up of two delegates from each of the 10 state affiliates and two from each of four national partner organizations. Each of these delegates gets one vote. The membership’s preference will count for four votes. It’s perfectly conceivable that these four votes could determine the outcome. Anyone can become a member by affirming your support for the WFP and its principles—you do not need to change your official voter registration—and although all members are encouraged to pay dues, it’s not a requirement.

If you think that working people and the left need independent political power, sign up and participate in the process. And if you want to put that power to work fighting the oligarchy and challenging the status quo, then cast your vote in the online primary for Bernie Sanders. Voting goes until Sunday—but why not do it right now?