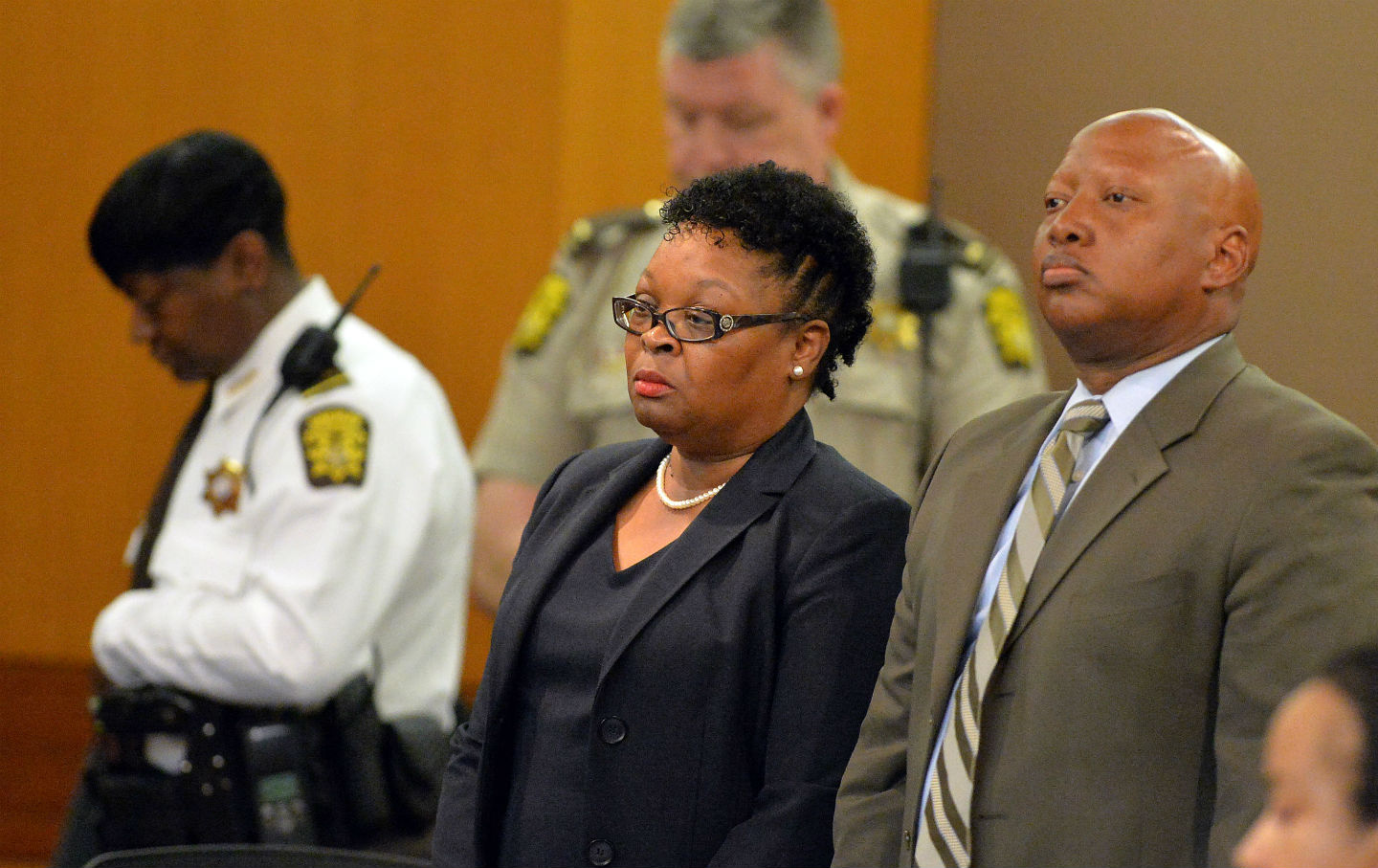 In Atlanta, eight teachers, administrators, and testing coordinators have been sentenced to prison terms of one to seven years for falsifying results on standardized tests. Twenty-one others who accepted plea deals will serve lesser sentences. The Fulton County district attorney accused the educators of having “altered, fabricated, and falsely certified” answer sheets as part of a cheating conspiracy that touched a majority of the city’s public elementary and middle schools. Remarkably, the educators were charged under the state’s Racketeer Influenced and Corrupt Organizations (RICO) Act—an unprecedented application of a law intended to attack organized crime.

Meanwhile, the policies that motivated cheating remain in place. Back in 2002, President George W. Bush’s No Child Left Behind Act ushered in a high-stakes standardized-testing regime that enshrined “Adequate Yearly Progress,” a measure demanding high test scores, as the mechanism by which to evaluate schools. The Obama administration’s Race to the Top initiative leveraged billions of federal dollars to tighten those screws, pushing states to tie their teacher evaluations to test scores. Administrators were expected to deliver extreme improvements, including an impossible mandate that every single student score as proficient in reading and math by 2014. Schools that failed to make the grade could be—and were—shut down or taken over by private charter-school operators.

Superintendent Beverly Hall took over Atlanta’s schools in 1999 and was a star for most of her tenure, lifting some from among the state’s lowest-performing to near the very top in a year’s time. Teachers at district schools that scored well received a bonus—but “when principals and teachers could not reach their targets, their performance was criticized, their jobs were threatened and some were terminated,” according to the indictment. Then, in 2008 and 2009, The Atlanta Journal-Constitution began to expose widespread cheating in the district, prompting official investigations.

Hall, who was charged but not tried because she fell ill and later died of breast cancer, allegedly ignored and, in one case, had shredded evidence of cheating. “The message from Hall was clear: there were to be no exceptions and no excuses for failure to meet targets,” according to the indictment.

Such behavior may be reprehensible, but it is symptomatic of a system in which a school’s continued existence rests on test scores. Fearful teachers have been forced to convert their classrooms into test-prep boot camps lest they lose their jobs and have their schools declared failures. Meanwhile, ascendant charter networks tout high test scores as proof of the “reform” model’s success. But success often comes at a steep price, as a recent New York Times investigation into New York’s Success Academy indicates: The charter network subjects its teachers to punishing 12-hour workdays, and its students to relentless test preparation—as well as public humiliation when they fail to achieve.

How does this high-pressure environment lead to cheating? Social scientist Donald T. Campbell outlined in 1976 what is now called Campbell’s law: “The more any quantitative social indicator is used for social decision-making, the more subject it will be to corruption pressures and the more apt it will be to distort and corrupt the social processes it is intended to monitor.” Campbell was concerned that the state’s use of data to evaluate efficacy encouraged bad behavior, from military officials measuring battlefield success in Vietnam through body counts (which often included massacred civilians) to police ignoring crimes in a ploy to keep their clearance rates up. Presciently, Campbell also worried that “when test scores become the goal of the teaching process, they both lose their value as indicators of educational status and distort the educational process in undesirable ways.”

The so-called education-reform movement must describe cheating teachers as bad apples so as not to discredit the high-stakes testing regime already under threat from a nationwide “opt-out” movement among parents. Education Secretary Arne Duncan has called cheating scandals a “very isolated” problem that can be solved through “better test security.” But Hall was not the only superintendent lauded for meteoric test-score gains that later appeared to be inflated by cheating. In Philadelphia, the late Arlene Ackerman, a onetime “Superintendent of the Year,” was celebrated for boosting scores in the city’s beleaguered schools until evidence of cheating—irregularities at 88 district schools and 11 city charters—was uncovered by reporters. In Washington, DC, PBS correspondent John Merrow revealed that reform doyenne Michelle Rhee ignored evidence of cheating at 70 schools.

The lessons learned in Atlanta, Philadelphia, and DC have not resulted in policy change. On April 15, regular learning in third- through eighth-grade classrooms was once again put on hold to allow the latest round of high-stakes testing in Atlanta’s public schools—testing that will soon have an even greater impact statewide thanks to a Race to the Top–related program that intends to systematically evaluate teachers on the basis of these test scores.