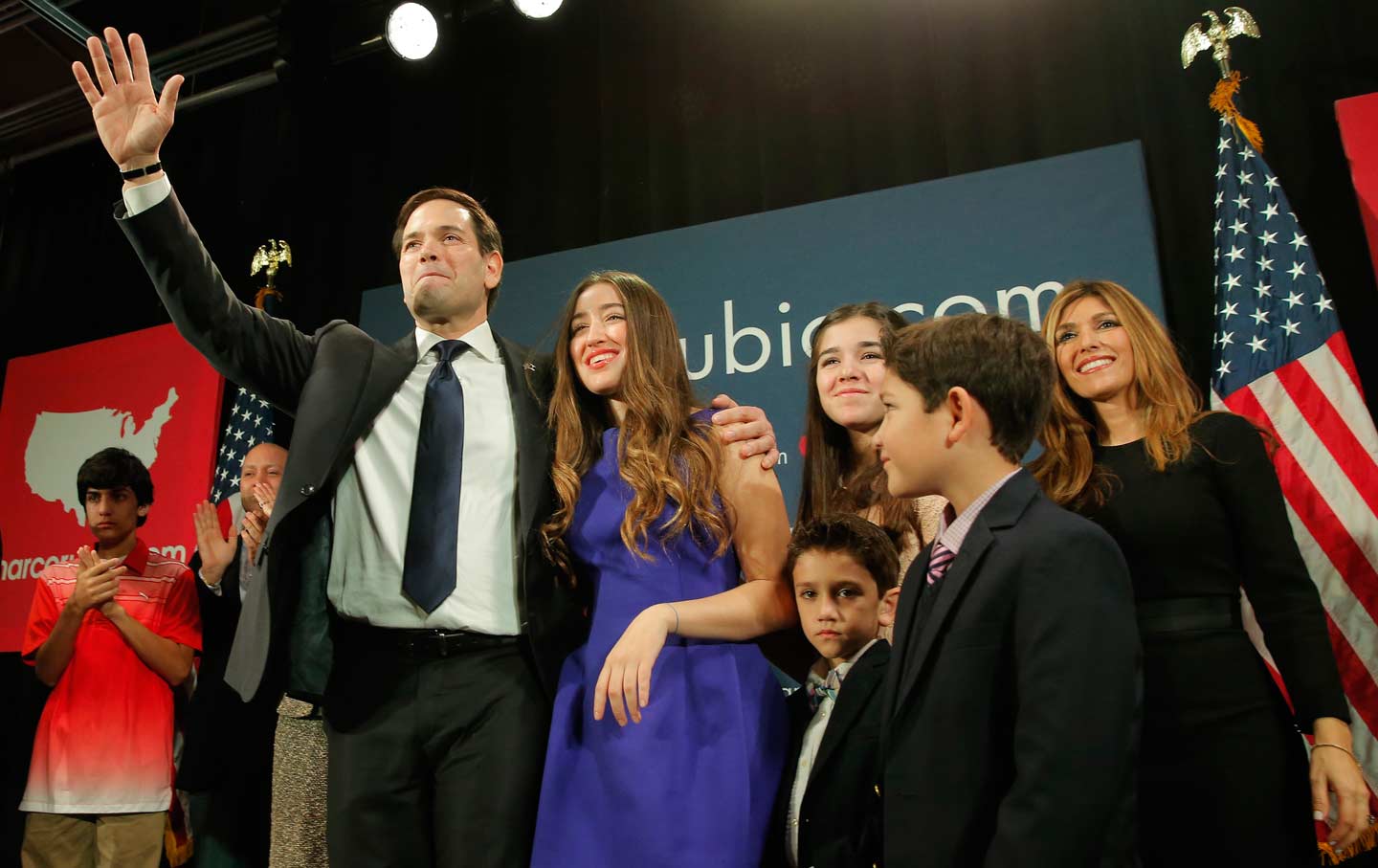 President Trump. It doesn’t exactly roll off the tongue, but after his victory last night in South Carolina, a prospect that would have been dismissed as a joke only a few months ago is now a very real possibility. In a normal year it would be hard to dispute Nate Silver’s argument that Trump’s current support of about 35 percent of Republican voters also represents his candidacy’s ceiling. Meaning that if the GOP ever managed to get its act together over an opposition candidate, Trump is eminently stoppable. And if they don’t, Trump’s firm grip on just 35 percent of half the electorate makes him a soft target for the Democratic nominee in November.

In my view both of those claims are mistaken—and Democrats who take any comfort in the second scenario are not only deluded but dangerous. South Carolina Republican politics is a cage fight—no rules, no refs, and plenty of gouging, biting, and low blows. This is the state where push pollers suggested in 2000 that John McCain had fathered a black child, and where Mitt Romney’s campaign played a tape of Rick Santorum’s 2008 endorsement of Romney against Santorum in 2012. It’s where the young Lee Atwater used a third candidate as a cut-out to make sure voters knew his client’s opponent, Greenville Mayor Max Heller, was a Jew—in the process honing the skills that he would later use to deploy Willie Horton to stoke racist fears against Michael Dukakis. If you want to know just how dirty any coming election might get, South Carolina is always worth a visit.

This time around Ted Cruz’s people circulated a photoshopped image of Marco Rubio shaking hands with Obama to attack the Florida senator’s “moderate” record on immigration. Trump, perhaps not finding Cruz a big enough target for his hostility, decided to take on the pope! Yet, when the votes were counted, Trump held on to his lead, winning 32.5 percent of the vote—and all 44 of the state’s delegates. The bigger news of the night was Marco Rubio’s not only sliding into second place just ahead of Cruz with 22.5 percent of the vote to Cruz’s 22.3, but also decisively claiming the so-called “establishment lane” for himself, now that Jeb Bush has dropped out of the race. Kasich will hang on—essentially as life insurance, should any of the various rumors (which you’ll have to Google yourself) about Rubio’s finances or private life prove true. So will Carson, who despite claiming otherwise clearly prefers running for president to learning to play the organ.

But this is now a three-person race, with the only candidate the Democrats can count on beating, Ted Cruz, also the most likely to be the next casualty. South Carolina is a Tea Party state, and though the telegenic governor, Nikki Haley, seems determined to leverage herself away from extremism, and perhaps into the VP slot, there are enough unreconstructed (rarely has that word been more appropriate) Republican right-wingers to make this as much Cruz country as any state apart from Texas. Yet the primary results reflect the same shift I saw at the Tea Party Convention at Myrtle Beach in last month: They clapped for Cruz, but swooned over Trump.

Rubio’s strong finish was also predicted then, by Charleston County GOP chair Larry Kobrovsky, who told me the Floridian was a “generational phenomenon,” right-wing enough to satisfy the party base, but with a unique ability to excite young Republicans. Rubio’s devastating attack on Bush as the tool of his handlers back in October opened the slow bleed that finally brought him down last night, while Rubio’s comeback from his own debate fail showed the kind of nimble-footed resilience he’ll need to survive until the convention.

Will that be enough to overcome the power of Donald Trump’s celebrity? Or the Cloak of Inevitability that seems to allow the New York billionaire to offend constituencies the GOP was supposed to embrace this time around—Hello, Hispanics!—seemingly without paying any political price?

We are about to find out. But Democrats can take little comfort from South Carolina’s result. Marco Rubio may be a fraud with a résumé thinner than Ted Cruz’s smile, but when he’s standing next to either Hillary Clinton or Bernie Sanders, the first things most voters will notice are his youth and energy. As for Trump, perhaps the laws of political gravity are merely in temporary suspension, and policy will soon matter more than celebrity once again. I’m not holding my breath, though. And if you believe the celebrity slugfest of Clinton versus Trump would be fought on ground in any way favorable to the Democrat, you really haven’t been paying attention.